Mike Gauyo is the perfect example of what happens when talented people gain access to the tools needed to foster their dreams. After working in various production roles, a chance encounter with media mogul Issa Rae manifested a writing gig on her podcast FRUIT. From there, the Haitian-born, Black, queer creative found himself writing on shows like Ginny and Georgia and Insecure. The skill was always there, he just needed access to the right opportunities.

Gauyo understands that better than most, which is why he started his company Black Boy Writes Media, a production company dedicated to uplifting marginalized voices and creating content that inspires folks from underrepresented communities. But that’s only part of it. Within his production also comes his Black Boy Writes and Black Girl Writes Mentorship Initiatives. Now with its second class of mentees, Gauyo is ensuring that other Black creatives gain access to the same opportunities within the entertainment industry that he had.

Now, as the co-creator, co-producer, and co-showrunner of his new show Send Help, he’s ready to recreate the world of television in his image. Send Help stars Insecure alum Jean Elie, who’s also co-creator and co-producer of the show, as he navigates Hollywood, mental health stigma, and family tragedy in this coming-of-age dark comedy.

INTO spoke with Gauyo about his new show, his mentorship initiative, and creating the representation he wants to see on-screen. 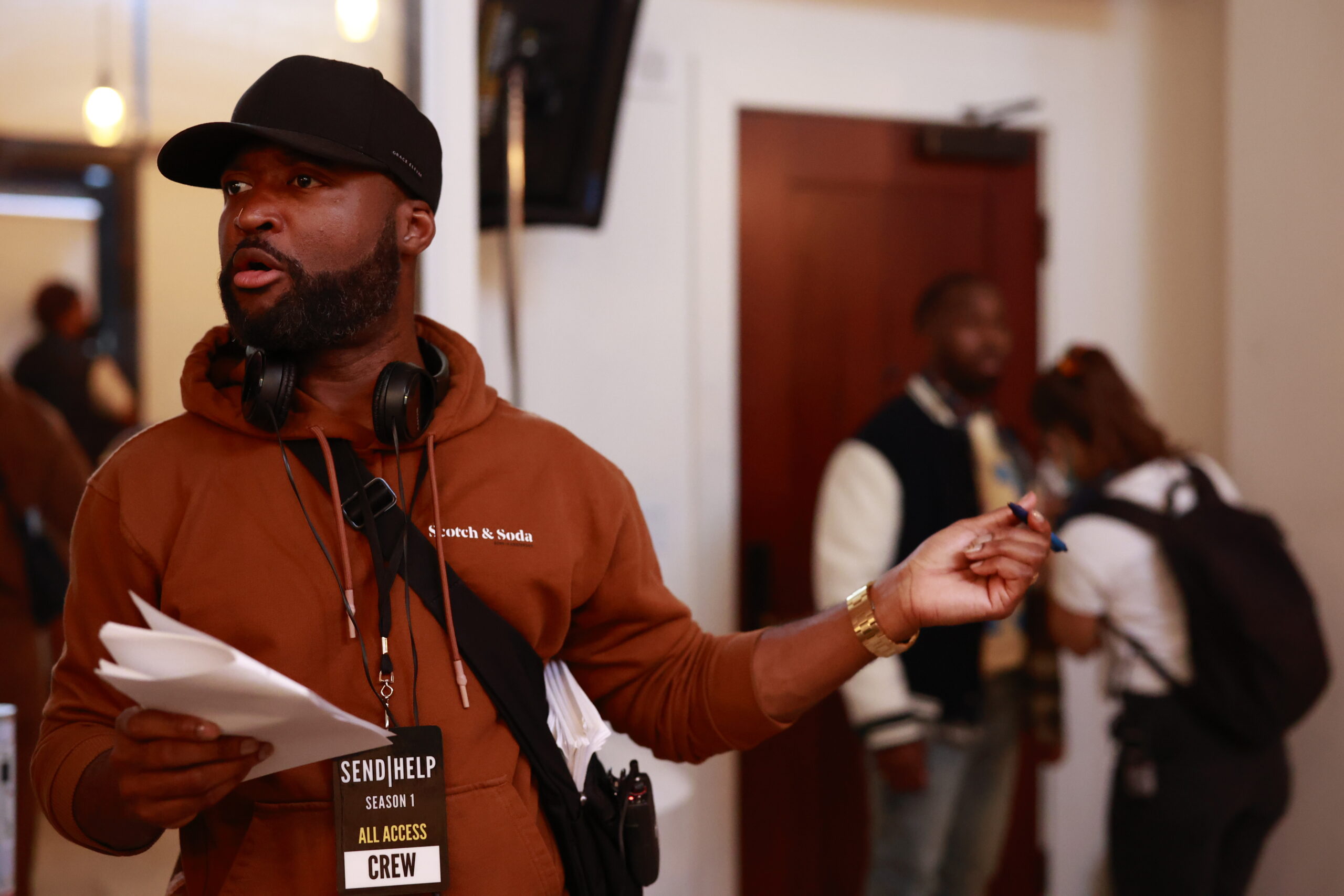 What was the development process like getting Send Help to the silver screen?

Oh, man. A lot of people say, “Oh, this happened so quickly”, but it really didn’t. My co-creator and I started developing this back in 2018, and it actually started with him. It is loosely based on his life and things that he’s been through and just how he’s been navigating the entertainment industry as a Haitian-American actor.

So the idea was birthed from him because it’s having to do with his life. We started developing it in 2018 and then started taking it out to pitch to networks and AMC’s ALLBLK, which is a fantastic new, growing network, said, “Let’s do it”. We’re really excited to be able to work with them. They’ve been fantastic, and now we have a whole show that premieres August 11. It’s wild.

What have you learned from the shows you’ve worked on that you were able to bring into Send Help?

That’s a great question. I’ve written on two shows, of course, and now I’m at the helm of my own show. So there’s a certain level of experience you think you would need to have by the time you have your own show. There’s a slight learning curve, but what I’m very grateful for is the fact that I have been on two other shows and two other writer’s rooms to really get an idea of what the structure is supposed to be and how this is supposed to work.

I’ve had two great showrunners that I’ve worked under who showed me how to do it. They’ve shown me by telling me, but they’ve also shown me by just doing the work. You see what to do and you see what not to do. It’s great being able to have that experience prior to getting my own show. I’m really grateful for that.

How does it feel to give back to fellow Black creatives with your Black Boy and Black Girl Writes Mentorship Initiatives?

It feels great. This is actually our second cohort. Last year was our first round of mentees and that went so well. I’m extremely proud of them. They’re all doing well and working. A few of them were co-writers on Send Help. They were able to co-write episodes and move on to get agents. I’m really happy about that and really proud.

The program was put together because there has been such a lack of diversity in the entertainment space and if I can help fill that void or help create a pathway for other Black writers to come up, then I feel like that’s what I should do. I’m really proud of the program and hope that it remains a permanent foothold in the industry.

You and Jean are both Haitian and you get to bring your culture into Send Help. Recognizing that not many people have the opportunity to see themselves represented on-screen, what was it like to bring your identity into your show?

It feels great, especially because it’s not often done. I think that it’s safe to say that Send Help is the first series with a Haitian-American lead that expresses a Haitian-American family to this extent. And that’s something we’re really proud of. We want to be able to show that on television. Black culture doesn’t exist as a monolith. There are many different subcultures within our Blackness that exist. Also, we really wanted to hone in on immigrant culture in L.A. too.

I think what Insecure did so well was discuss and reflect Black culture and that’s fantastic. We wanted to do the same thing with Send Help, but dive into the subcultures of being Black and what that looks like in L.A. That was really important to us. 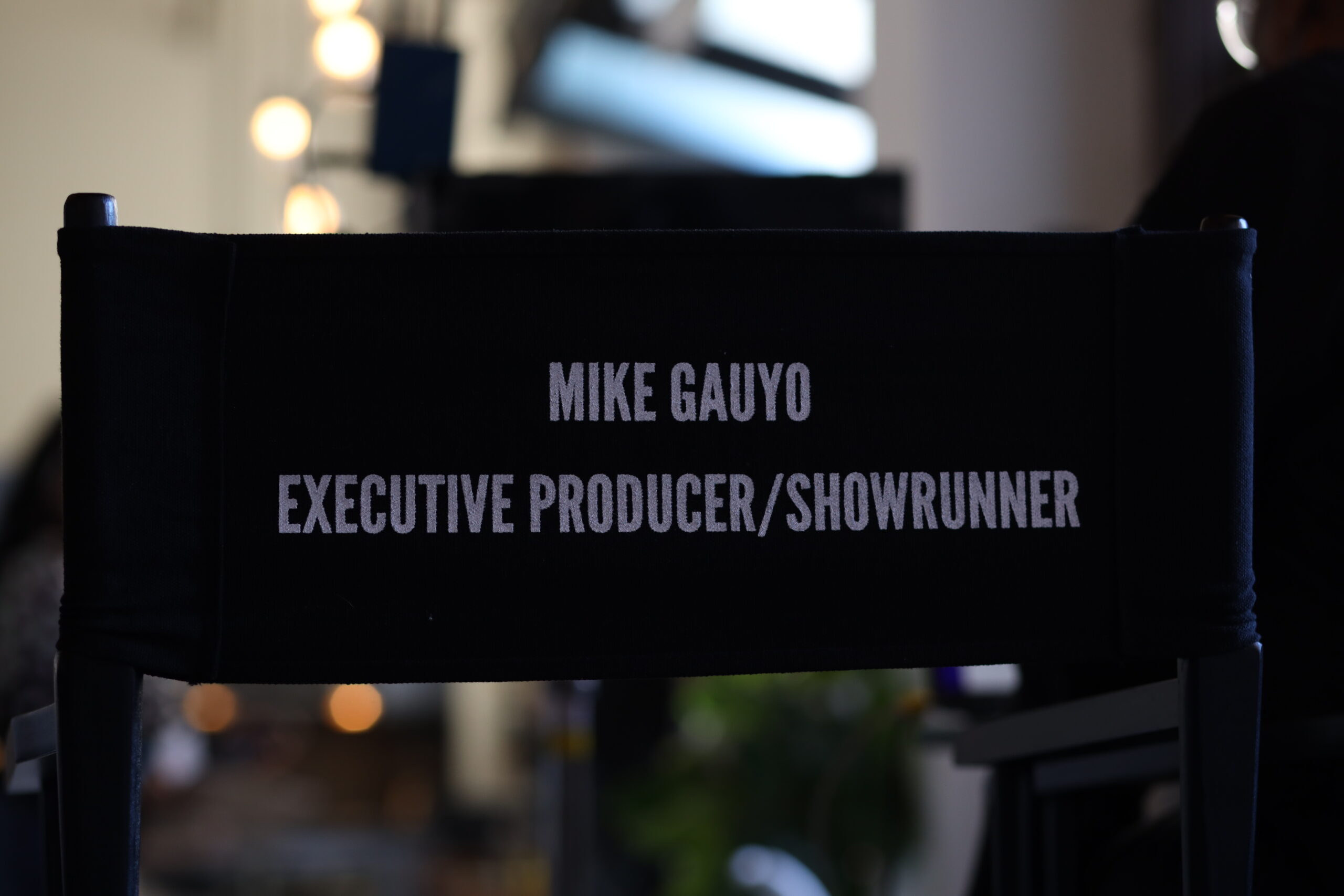 What do you hope viewers leave with after watching your show?

You know, I think one of the things that I love to do and what I try to focus on in my writing is be very specific in terms of reflecting unique perspectives of a person that feel universal. Even though I don’t know that culture or person or that experience, I can still relate to it. And that’s something that has been really important to me. So I hope they come away with all that.

What do you hope to achieve through helping increase representation of other Black queer creatives in the entertainment space?

I hope to achieve a sense of familiarity in the sense that you’re not fearful of that “thing” anymore, that thing that made you feel like, “Okay, I can’t connect to that person” or “Oh, I have to feel a certain way about that person because I’m not sure of where they come from. I’m going to judge it based on just blind judgment”.

I want to be able to express that we are just like everyone else. We feel, we hurt, we love, we laugh, and we enjoy like everyone else. It’s in being able to tell these stories and very specific stories that you get to know a person. You may never have met me, but just through my art, you have a better understanding of me, the people around me, and the people that I care the most about. That is important to me and I hope that if anything, my work can do that.

Now that you’re charting your course further within the entertainment industry, what do you hope for your career in the next few years.

Oh, wow. I want an overall deal at a studio or network – speaking that into my life. Honestly, I want to be able to create more of an impact. The thing that means the most to me, even beyond writing or just beyond having a platform, which I am very thankful for, is my mentorship initiative – helping other writers come up in the industry.

They’re all extremely talented too. It’s really just a matter of them having access or being amplified in a way that puts them on stage and gives them some level of presence and visibility. That’s the most important thing to me. So I’d say, like the next few years, I want to be able to grow the program, extend it into high schools and colleges, and do Black Boy Writes and Black Girl Writes camps and scholarships.

I definitely want to be able to develop more projects. I have some projects coming down the pipeline that I’m really excited about. I’m doing this animated feature with Wyclef Jean for Netflix. I’m writing another feature about this Mexican soccer player who’s in high school, gets deported, and then smuggles himself back into the country to help his team win the championship game. I’m interested in immigrant stories and stories about marginalized people. That’s my sweet spot. That’s where I’d like to stay, cultivate that space, and continue to do that. Just create more content and help other people create their content. 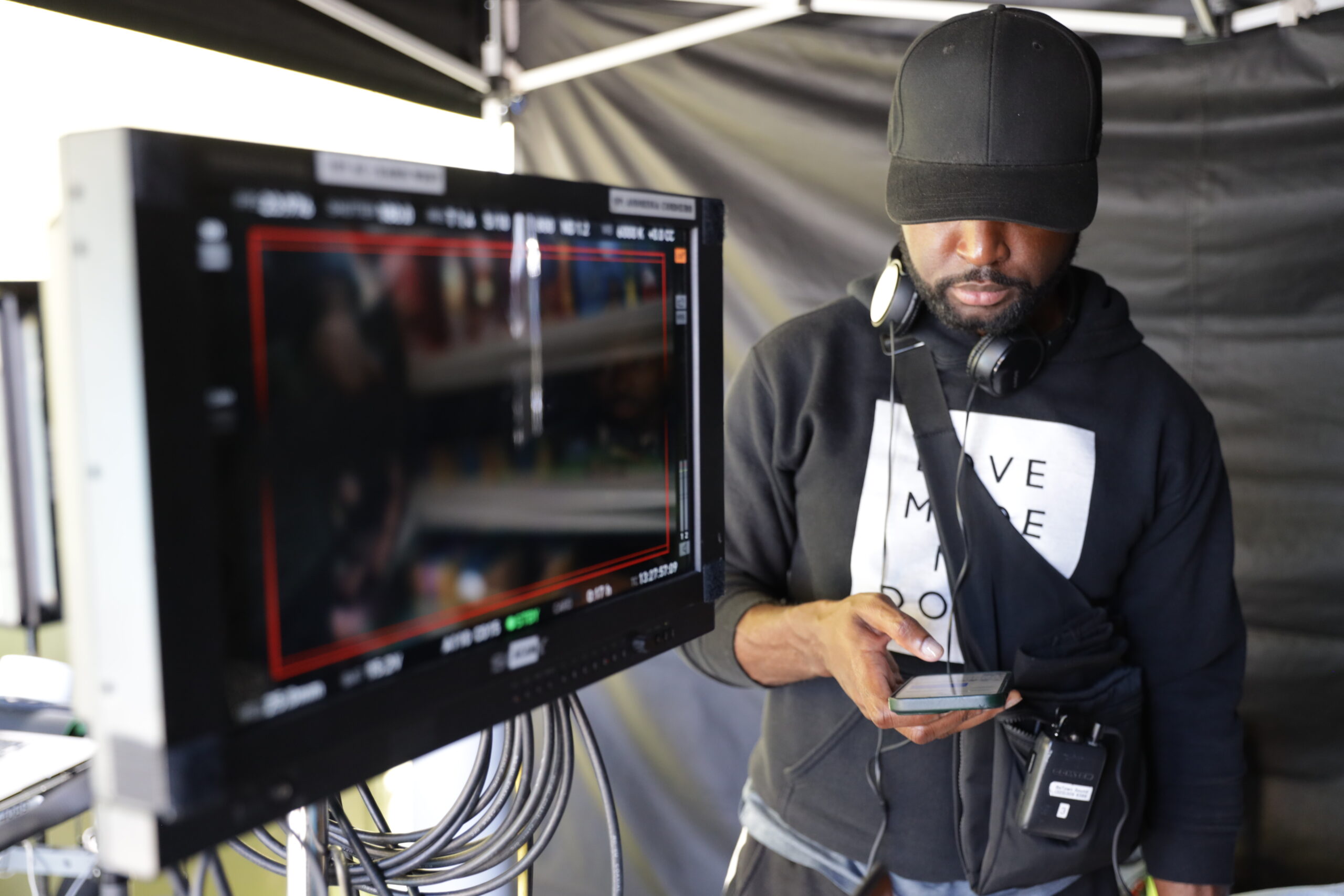