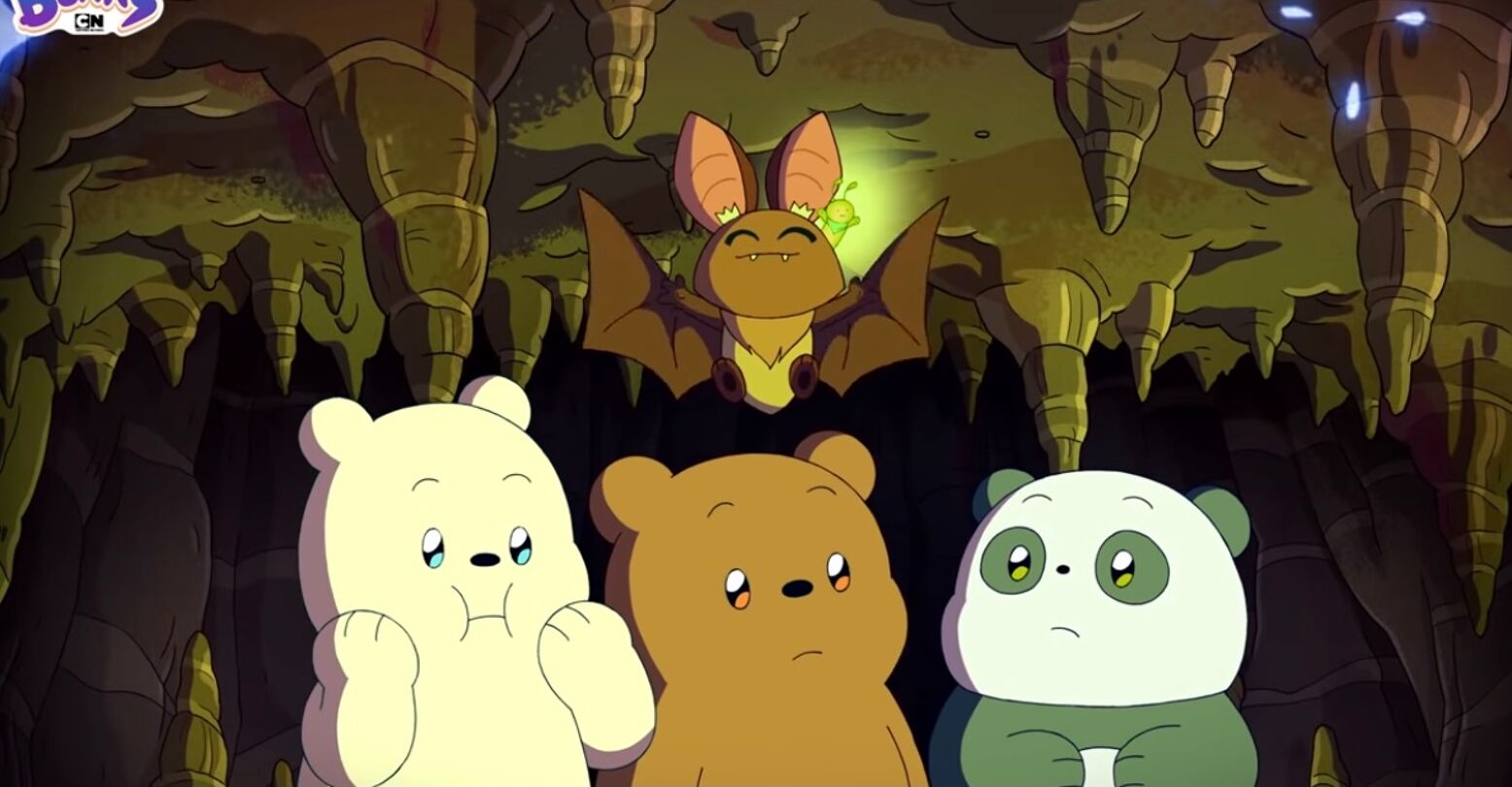 Twitter was surprised — and largely elated — to learn that a familiar voice appeared in a recent episode of a new Cartoon Network show.

A user posted a clip from the new series We Baby Bears, a prequel to We Bare Bears that is currently running its first season. The clip featured the main characters — Grizz (Connor Andrade), Panda (Amari McCoy), and Ice Bear (Max Mitchell) — travelling through a cave with a bat, voiced by Young M.A.

Young M.A, if you’re unfamiliar, is a rapper known for the quadruple-platinum hit “Ooouuu,” and other songs such as “PettyWap” and “Body Bag.” She’s also been out (she has publicly rejected most labels, but has said she doesn’t date men) since her career began and has become everyone’s favorite stud over the years.

In this episode of the We Baby Bears, which aired last month, Young M.A plays a cave-dwelling bat named Pip, apparently teaching the protagonists some valuable lessons about sound.

Not only does she lend her voice, she does what kids cartoons do best: explain cool concepts many adults don’t even know, but in song!

You mean to tell me Cartoon Network was like “We need a voice actor for a bat character on We Baby Bears” and somebody in the office was like “LETS GET YOUNG MA!”? pic.twitter.com/478xtfQvic

According to We Bare Bears Wiki (yes, there is a Wiki for that and about everything else), about 130,000 people watched it when it aired last month.

Not only did the episode catch a decent audience, but the reviews have been positive. BubbleBlabber states, “It was a terrific way of expressing its anime-stylized animation as if it was a kid-friendly manga,” and notes that Young M.A’s character was “another fun supporting character” — although they misspell the character’s name as “Pimp” instead of Pip, which would have been even funnier, but not too kid-friendly.

Reviews from other viewers on Twitter were positive too.

young ma ate this up pic.twitter.com/ehvDYlALx7

Ok Young MA! She even added the lil’ “Oooou” 😂 https://t.co/rln7jCOmZE

People who hadn’t seen the show or weren’t expecting to see Young M.A on a kids’ cartoon shared their thoughts too, finding the collaboration to be intriguing but cute as well.

Young MA is for the CHILDREN!!!!! https://t.co/NqqknplpW7

no way they let young ma hit the ouuuuu on cartoon network we are in the twilight zone lmfaoo https://t.co/aDM1g2sM97

yeahhhhhh i love this. i love this show, i love young ma. I love her in this show. this just made my day.

It’s not the first acting gig in Young M.A’s career. She infamously turned down a personally-designed role from Lee Daniels to appear in the then-hit show Empire, but she later did act in a recurring role on the 2019 cult sensation Mr. Robot. She also had a recurring spot as herself on VICE News Tonight when it aired on HBO, offering comic relief and criticism to the show by critiquing music in the end segments of some airings.

Young M.A’s had her share of unique collaborations too, appearing on songs from mainstream and veteran entertainers such as Alicia Keys and Eminem, while also staying true to her gangsta rap/trap sounds and working with underground artists.

She’s even begun her own filmography, directing a pornographic film in 2018. Talk about versatility!

“Get you a girl who can do both” pic.twitter.com/CsWHmaaC0L

LOOOOOLLLL omg I love this!! I think Young MA as the voice is super cute https://t.co/ih6zZRcSS3

Now there’s already a campaign to get her to appear in a recurring role. Give the fans what they want, Cartoon Network!

Like & RT for Young M.A. (@YoungMAMusic) as recurring character on We Baby Bears! We need more of this. Lol pic.twitter.com/JQkLO6svRh

Aye this is cute af. I need her in more cartoons lol

This is so dope lol keep winnin @YoungMAMusic 💪🏽

It certainly wouldn’t be Cartoon Network’s first program with a famous musician on it.

Cartoon Network been bout it. Remember Class of 3000 with Andre 3000?? pic.twitter.com/VdBnjx24Cp

they had an entire episode with T-Pain…. i’m not surprised 😭 https://t.co/XhqcelY256 pic.twitter.com/fBFKvyfKi8

This like when Cartoon Network hit up Nicki Minaj to be a fusion character pic.twitter.com/evVt454lNw

CN also had Childish Gambino, Tyler the Creator, Nicki Minaj in 3 other shows, they been like this for years 😭

Adult Swim is like 20 mins away from the trap

As for We Baby Bears, it’s currently airing its first season after debuting this year and is a cute little watch for any little tykes you know (i.e., you), especially if you enjoyed the We Bare Bears cartoon sitcom that aired at the tail end of Cartoon Network’s older-millennial audience grasp of the 2010s — culminating in the movie of the same name that aired in 2020.

Demetri Martin, the comedian who voiced Ice Bear in the original series, narrates We Baby Bears. Other guests in the show so far include Anderson .Paak, Jason Mantzoukas, Stephen Oyoung and Willow Smith.

Watch some of the “Baby Bears in the Dark” episode of the We Baby Bears guest starring Young M.A. below.