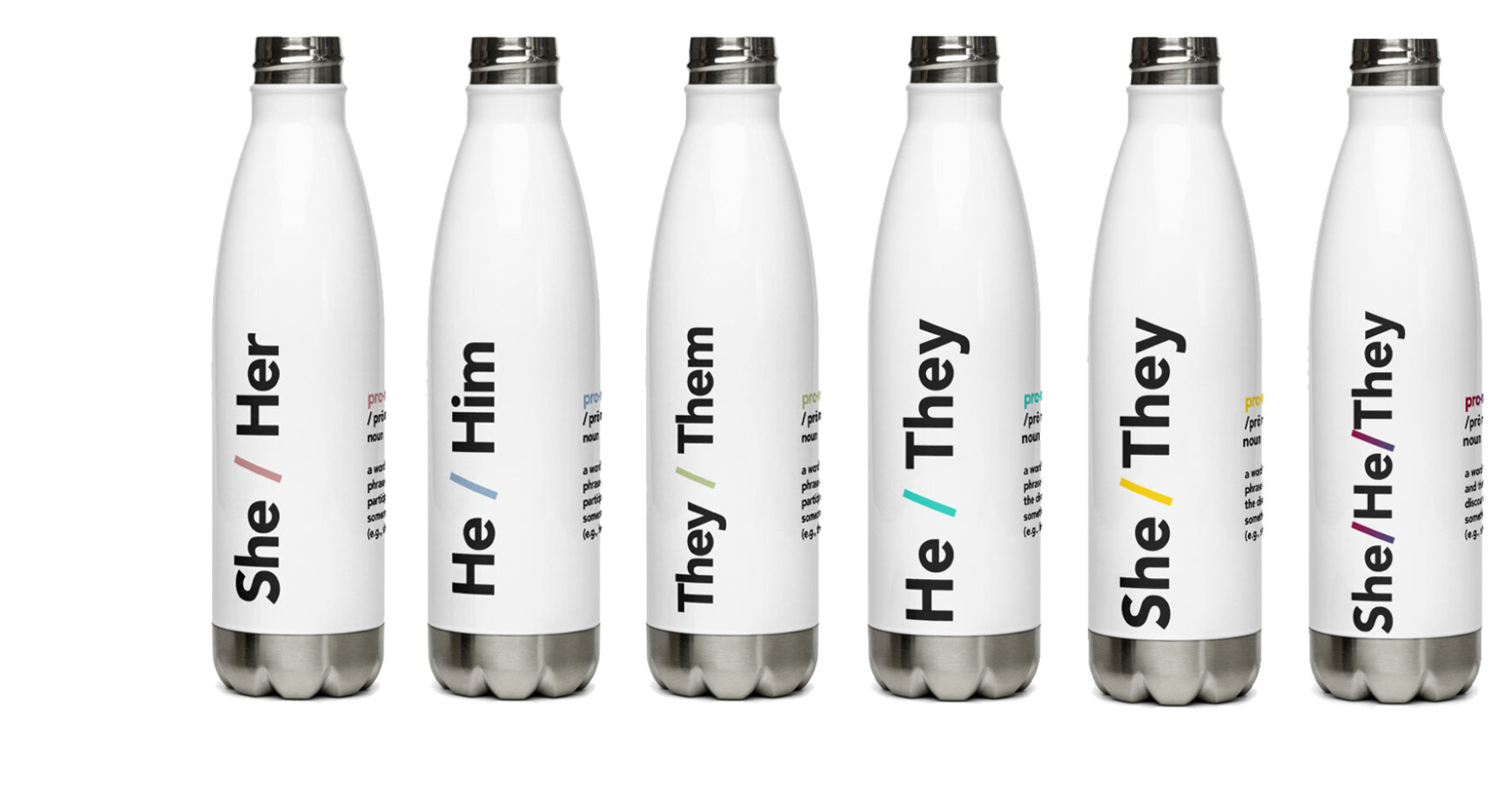 Let’s go on a ridiculous journey together. A few days ago, the transsexual internet was besieged by a press release that came straight from hell. Writer Katelyn Burns was among the first to report on this bizarre new… product?

Just got a press release for this new product called “pronoun water” I shit you not pic.twitter.com/LAlnIRUIRG

The comments, naturally, went crazy. What the hell is Pronoun Water, and why? Everyone wanted to know.

Apparently, Pronoun Water is an actual, real company that launched a few days ago and sells water bottles displaying pronouns on them. That’s it! The website explains that “this water bottle is perfect for those who want to share their pronouns with pride! 🏳️‍⚧️” The water bottles also provide an explanation of what pronouns are (LOL) on the back, proving that they’re 100% not actually for or about trans people and never were. Once everyone’s basic “what the hell” questions were finally answered, it was time for the Dragging:

drinking my pronoun water on my way to get hate crimed https://t.co/7ah2ZASMt8

Are you sitting up straight? Taken your meds? Have you drank your pronoun water? https://t.co/AAD9nEGnF5

Nothing is going to be more fun than having to be called a man because they ran out of female pronoun water. https://t.co/1yJHWDWEcg

Me after drinking from the they/them bottle pic.twitter.com/WkS0HOv7BF

Trans activist and icon Gwendolyn Smith told it like it is:

User @JewelKnightJess gave us a peek into the Pronoun Water boardroom:

“What are the kids into these days that we can sell to them?”

“My granddaughter says ‘pro-nouns’ are all the rage, everybody’s doing them.”

Dr. Nick Gordon pointed out that there might be a better avenue for bespoke trans items:

Right…. But what about pronoun coffee? pic.twitter.com/mq2TEVipUY

Someone pointed out that the founder of Pronoun Water is actually a trans woman, which simultaneously makes the situation better and worse (if you’re trans, you just know.)

Not to pick a fight, but we trans people are not above criticism, even in this particular arena. This comes off as mercenary at best, and she hardly gets to use her identity as a shield for that.

User @HELLBREAKFAST, however, explained that just because a CEO is trans doesn’t mean they’re in it for the right reasons, or above reproach, or exempt from the capitalist machinations of modern commerce.

False allyship truly knows no bounds, and also has absolutely no dignity. But we knew that already, didn’t we?