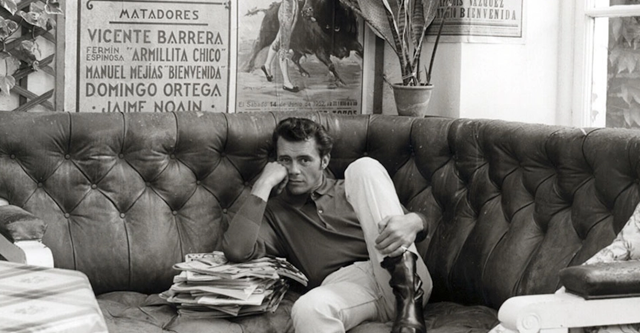 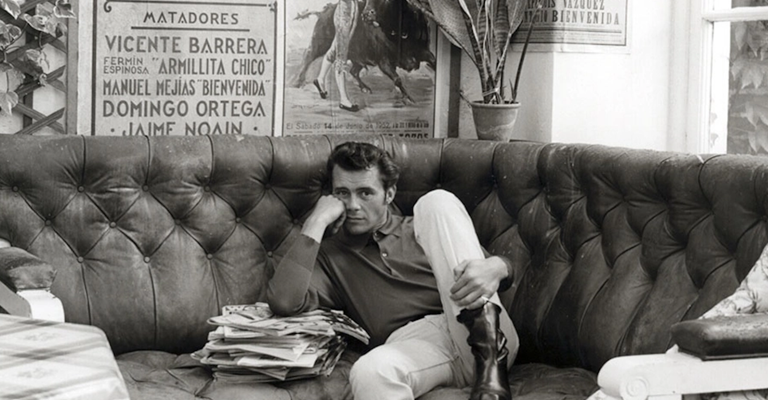 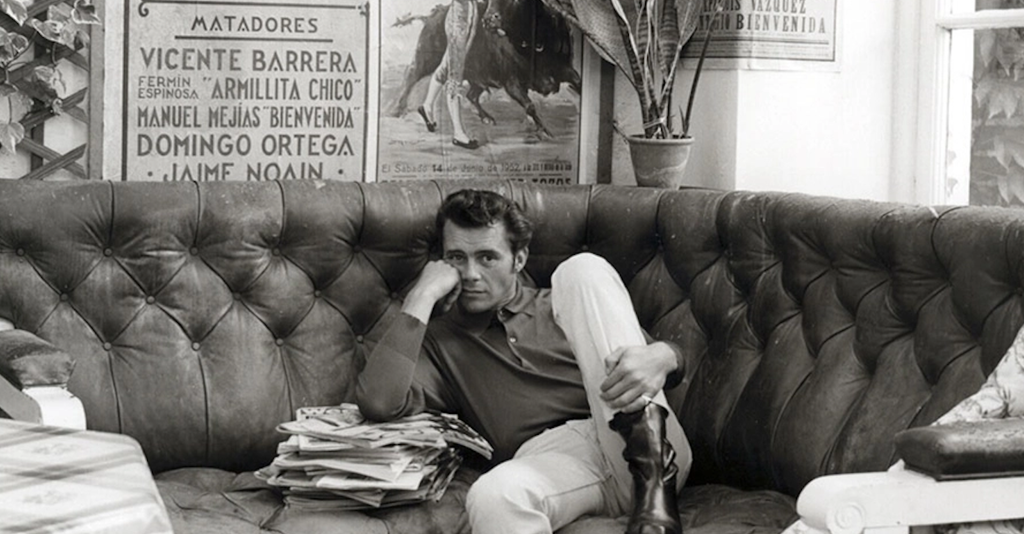 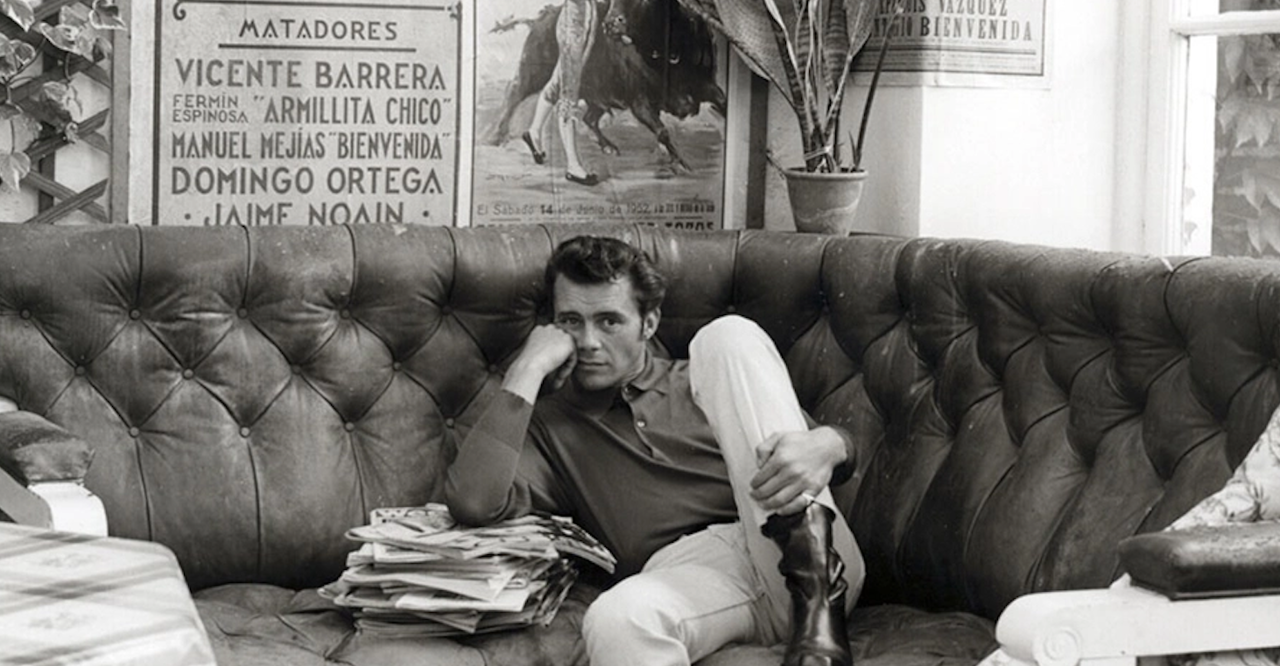 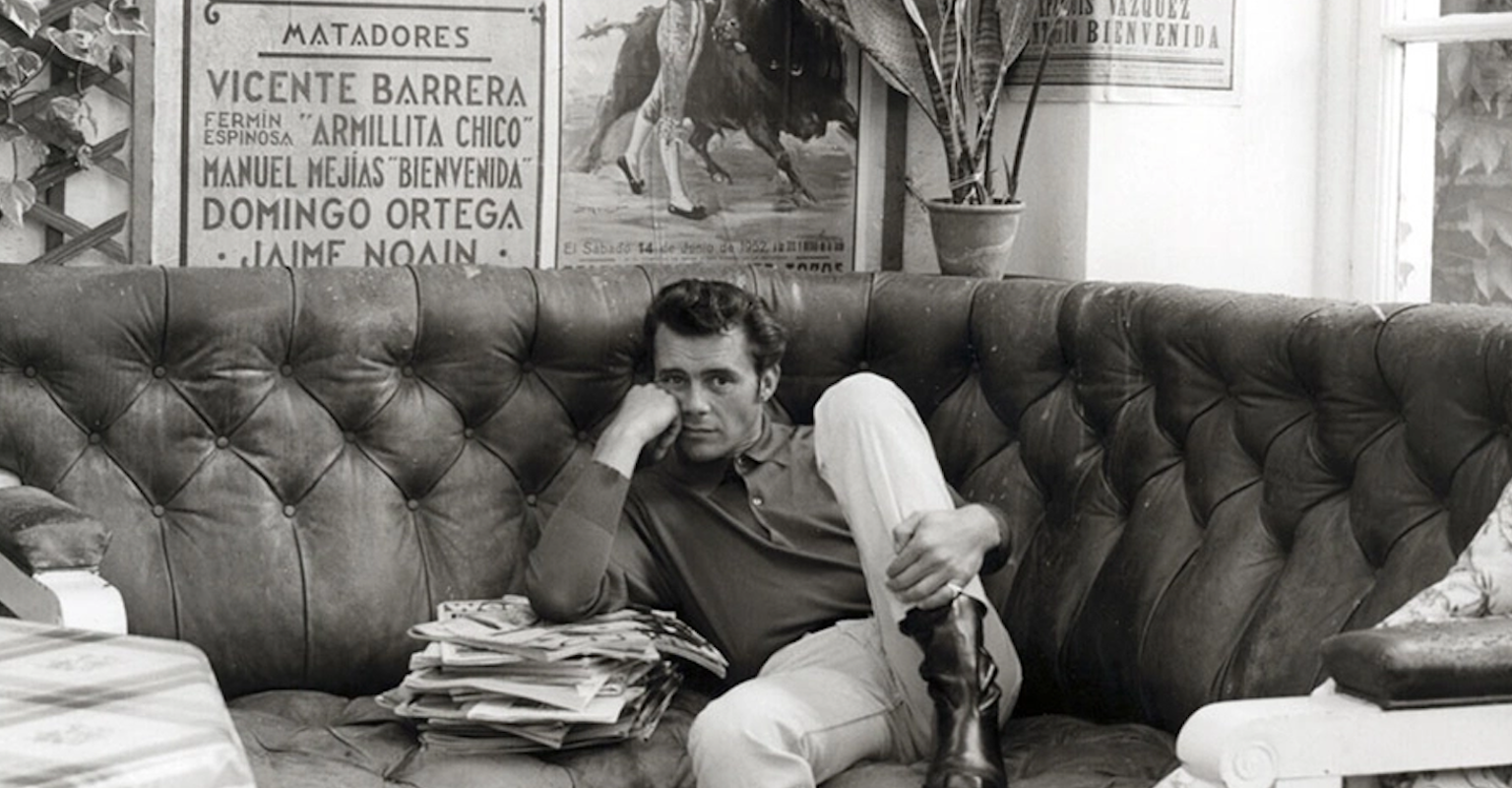 Here’s the thing: Dirk Bogarde was one of the best actors of the 20th century. But he was also incredibly hot, and that is arguably more important.

This is the facet of his multi-storied career that we will be zero-ing in on, because there’s nothing better than a great actor who is also just amazingly hot. Especially someone who managed to be hot and gay in the 50s.

Let’s start from the very beginning.

Bogarde began his career on an extremely gay note by starring in a 1947  TV movie version (not to be confused with the Hitchcock version) of Patrick Hamilton’s Rope, a play quite famously inspired by the Leopold and Loeb murders of 1924. Fun fact: Leopold and Loeb were most likely lovers, and the 1961 film Compulsion makes this theory explicit. So does Rope: and the added casting of Bogarde, then a young West Ender fresh out of the army, makes it even gayer.

Bogarde’s next big film was The Blue Lamp, which further played on Bogarde’s louche charm by casting him as a “hood” and murderer of London cops (ACAB!) in 1950. Two years later, Bogarde starred, once again, as a murderer in 1952’s Hunted. But this time, Bogarde’s character is forced into violence after being pushed to the breaking point by his employer, who happens to be screwing his wife. He’s brilliant in this film, and did we mention FUCKING HOT?

Next up is Lewis Gilbert’s Cast a Dark Shadow, in which Bogarde plays—you guessed it!—another murderer, this time of old women. Not only is this movie gorgeously shot and tensely acted, Bogarde is amazingly, viciously hot as Teddy Bare, a man who marries wealthy women only to knock them off and pocket the inheritance. If you’re thinking, “gee, they sure did cast Dirk Bogarde as murderers a lot!” you’re right on the money, and yes, it’s a little weird. Why did people look at Bogarde and see “murderer” written across his face for an entire decade? I have no idea. But his career got a lot more complex (and less murder-y) as it went on. So that’s good, right?

Jumping forward a bit, we find Bogarde playing another sinister role with Joseph Losey’s disturbing The Servant. We meet Bogarde as he’s applying for the job of butler to James Fox’s Tony, a young well-to-do Londoner with a passion for drinking. That passion gets way out of hand as Bogarde’s involvement in the household grows more and more sinister. By the end, it’s hard to tell who’s the servant and who’s the “master,” which is already a kind of hot, homoerotic dynamic. It’s just an incredibly hot performance in general: the film allows Bogarde to do what he’s best at, playing a charming, fascinating rogue who’s up to something you can’t quite predict.

Thanks to an inspired casting choice by director John Schlesinger, Bogarde gets to play a less sinister part here as Robert Gold, one of the (married) men Julie Christie’s Diana Scott is dating until things get out of hand, as heterosexual relationships tend to do. Bogarde is the picture of restraint here, saving everything up for the final telling-off scene. The effect is of someone trying their best to put out a raging, passionate fire inside of them to absolutely no avail. It’s pretty hot.

This is possibly Bogarde’s hottest role, due more to the subject matter than anything else. As a gay man in the film industry through the 50s and 60s, Bogarde was often the subject of queer speculation. His queer identity was something of an open secret, but with Victim, he got to play an explicitly gay character for the first time, which was considered a big career risk in those days (also in these days!) In Basil Dearden’s brilliant film, Bogarde plays Melville Farr, a gay lawyer who must stay in the closet to keep his career. When a piece of trade from the past comes to blackmail Farr, however, he’s got to figure out what to do: be forced out of the closet at the risk of losing his practice and social life, or pay the blackmailer, and keep on paying. Bogarde is by turns vulnerable and hard-boiled in this bravura performance. Needless to say, it’s pretty sexy.

Ah yes, the Visconti years! Bogarde may be older here, but he’s just as hot as ever. Remember, a hot man doesn’t age, he becomes vintage. And nobody vintaged better than Bogarde in Death in Venice, playing the tragic Thomas Mann hero Gustav von Aschenbach, a composer too terrified to go after the beautiful young man he met on the Lido. In The Damned, another Visconti masterpiece, Bogarde plays another tragic hero, Frederich Bruckmann, whose involvement with a particularly toxic Nazi family keeps putting him in increasingly violent situations. This movie is also fantastic for a sweeping, bizarre sequence showing the SS absolutely wiping out the SA, the semi-forgotten Nazi division that was deemed too gay even for the Nazis. It’s truly wild shit, and Bogarde shines as a man trapped by many separate toxic allegiances.

Hold onto your hats, because this one’s QUITE sexy! Bogarde plays Max, an ex-SS officer, who meets the Jewish woman he had an affair with in a concentration camp (Charlotte Rampling) about 10 years after the events of the war. They’re still super into each other, and super into fucked up sex! They try replaying their affair—complete with fucked-up power dynamics—until they get shot for some reason at the end? I don’t know, it’s honestly a very confusing film, but it’s also awesome and Bogarde is just so hot in it. ♦