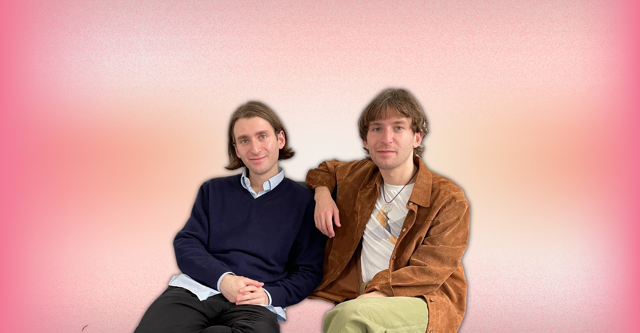 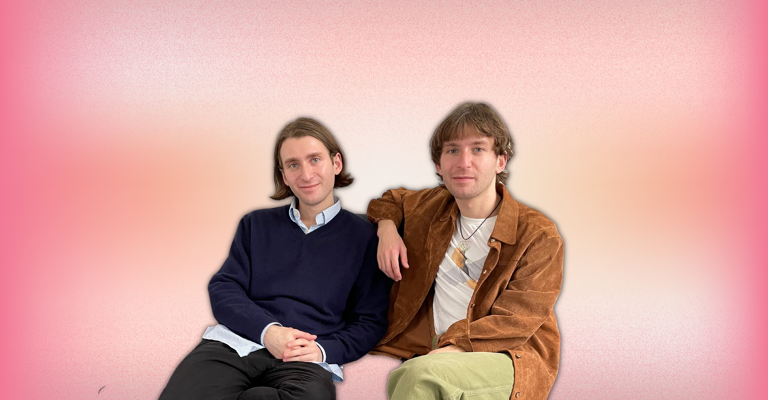 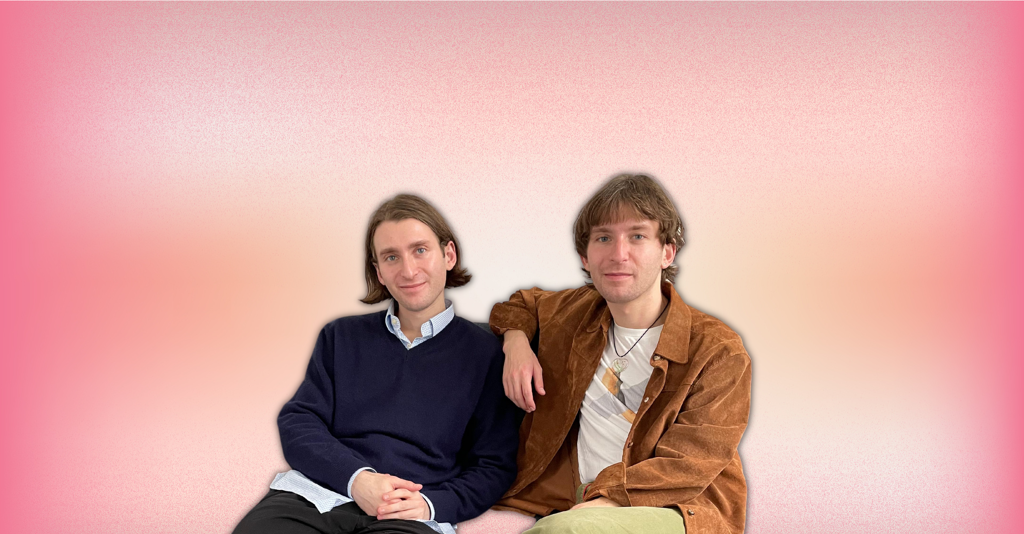 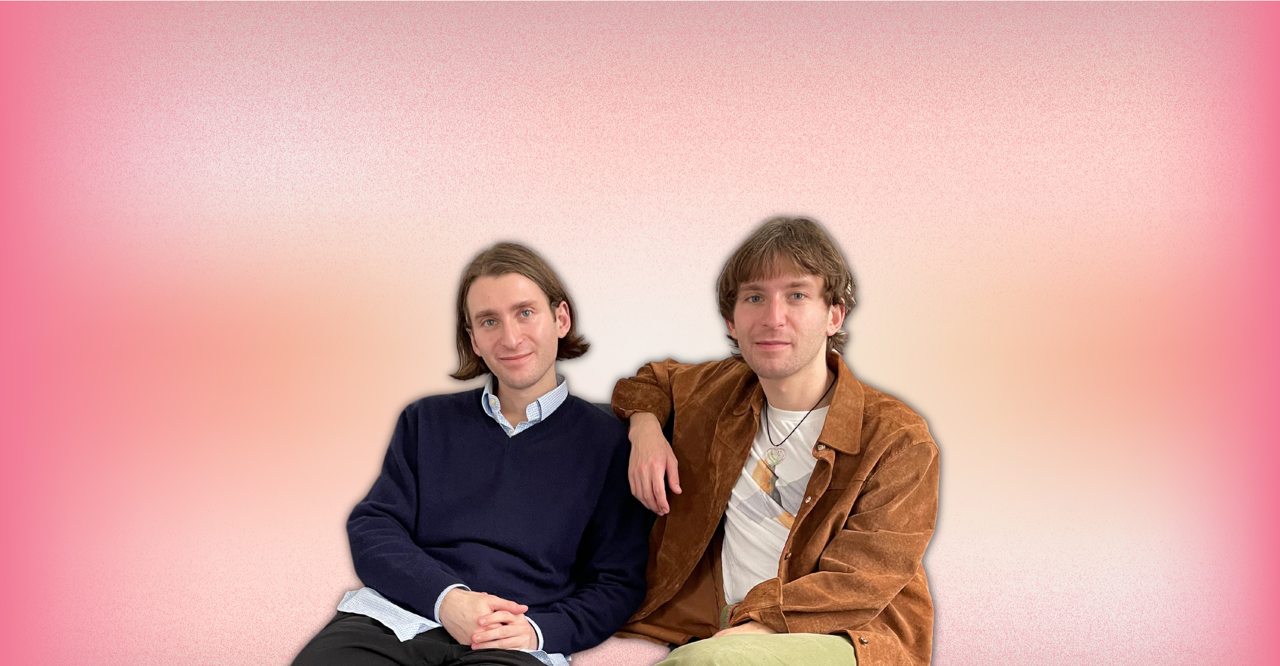 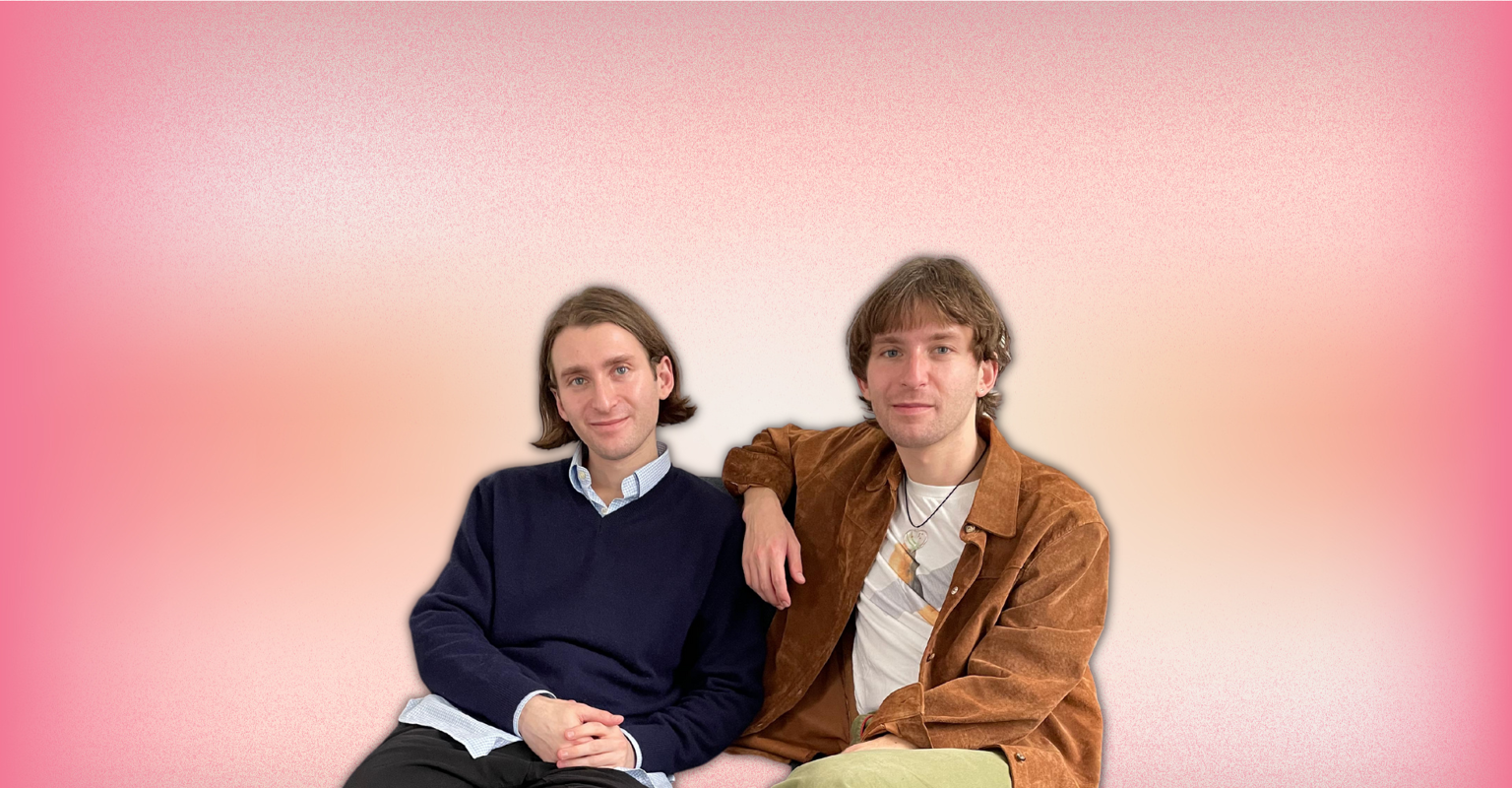 Long before opening an art gallery together, identical twins Sam and Daniel Kapp were well accustomed to sharing space. “The physical gallery is an extension of a conversation that has always been taking place,” says Daniel, speaking from Brooklyn. The twins – or “womb-mates” as their mom continues to call them – were each other’s creative sounding boards growing up, setting the groundwork for the extended queer community they preside over today. “My brother and I have [long had] a really fruitful back and forth about artists who we liked and who we were interested in, on top of the constant conversations [we have] about everything,” Daniel adds.

That organic dialogue between the brothers, who both identify as gay, has yielded an LGBTQ-inclusive exhibition roster at their eponymous gallery Kapp Kapp. Since launching in 2019, when the twins were in their mid-20s, its group and solo shows have spotlit a vanguard of queer painters, drawers, and photographers, including Anthony Peyton Young, Oliver-Bijan Daryoush, Anthony Cudahy, Daniel Rampulla, and Luke O’Halloran.

Growing up, the classroom was an early test model for Sam and Daniel’s workplace compatibility. “We were doing some of the first digital animation courses they offered, when we were like eight and nine years old,” says Sam. “We’ve been collaborating on things like that since we were kids. We’re both creative people naturally but something about the two of us together…Weird things get made.” Their pas de deux continued into high school, where a joint studio art project helped further define their complementary styles. “Daniel could always draw better than I could, so he did the under-drawing, and I did the overpainting and collage elements – the ‘next steps’,” says Sam. “I believe this piece is still permanently installed, [though] we haven’t checked in on it…High school was a weird time for us both.”

Their equilibrium as brothers and creators has continued to buttress their growth. Still in its early youth in art-gallery years, Kapp Kapp has mounted over two-dozen shows and outgrown two locations – one in Philadelphia, the second in Manhattan’s Chinatown. Their current location, in Tribeca, was unveiled at the top of the year and is their biggest yet at 2,000 square feet. In January, they had a fitting housewarming: an exhibit of gallery artist and Tribeca denizen Stanley Stellar, whose show, “The Piers”, documented the erstwhile gay cruising culture of the neighboring Hudson River waterfront.

“We’re both creative people naturally but something about the two of us together…Weird things get made.”

Introduced to Sam via Tumblr in the 2010s, Stellar has been a north star-like constant: the 77-year-old photographer has had three solo shows at Kapp Kapp, the first being the gallery’s inaugural solo show back in Philadelphia. Kapp Kapp’s debut catalog, coming this fall, will be the first of an envisioned series on major themes in Stellar’s work, which Sam believes hasn’t been given its proper due. “There is nobody else in the world who has the imagery that Stanley does,” says Sam, noting his young-curator mandate to undo the boxes that have historically been drawn around queer image-making. “There was a tendency to write him into a street photographer or portrait photographer [role]. We’re repositioning him within this fine-art sphere, and really the story of ‘Stanley Stellar, the photographer’.”

The first show set in motion another repositioning opportunity. Prior to Kapp Kapp’s representation, portraitist Gilbert Lewis was primarily known among a niche community: Philadelphia’s Gayborhood. The 77-year-old artist, who often painted young, queer men, came into the Kapps’ view when a local curator, passing through the Stellar exhibit, recommended the twins look into Lewis’s work.

“I think there’s been this tendency to define the gallery as an ‘emerging artist’ gallery…But for us, the number one thing is, what do we love and connect with?”

“From the second I saw [Lewis’s painting] I couldn’t stop thinking about it. There was just something haunting about it, I thought,” says Sam, speaking from Philadelphia, where Kapp Kapp keeps an office. Before being tragically cut short by Alzheimer’s disease, Lewis’s career ranged from selling art supplies at Blick to practicing art therapy at a local nursing home, all in support of the portraiture practice he began in the late ’60s. Not long after the encounter with the curator, who introduced the twins to Lewis’s executors, Kapp Kapp participated in a multi-institution Gilbert Lewis retrospective. “When we had his solo show in Philadelphia, people were coming in and saying, ‘Oh my god, I used to go visit Gilbert at the store,” says Sam. “[His painting] wasn’t as much about supporting himself as being connected with people.” Though the gallery has since shuttered its maiden Philly location, Sam maintains a link to the community where Lewis was active, sitting on the arts committee at the city’s William Way LGBT Center. In January 2023, the Kapps will re-up their support of Lewis, mounting his first New York solo show in 18 years. “There are some incredibly major works for this show,” Sam adds. “It’s going to be a momentous occasion.”

The Kapps are just as keen on cultivating the next generation of queer artists. In September, their booth at the Armory Show centered on Velvet Other World, a collaboration between semi-recent RISD graduates, Josh Allen and Katrina Pisetti. In addition, the gallery will finish out the year with an early-career showcase of the queer painter Brianne Garcia, opening November 5th. But when it comes to the identity of the gallery itself, “emerging” is not part of the twins’ shared vocabulary. “I think there’s been this tendency to define the gallery as an ‘emerging artist’ gallery, and we love that and do work with some wonderful emerging artists,” says Sam. “But for us, the number one thing is, what do we love and connect with?”

Daniel, naturally echoes the sentiment: “I think every gallery would like to believe they operate from a place of authenticity,” he says. “But I think the way we approach art and work with artists…We just follow our hearts. And that has led us to some of the most beautiful relationships.”♦