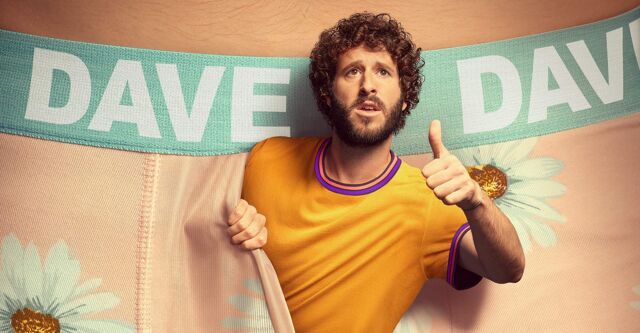 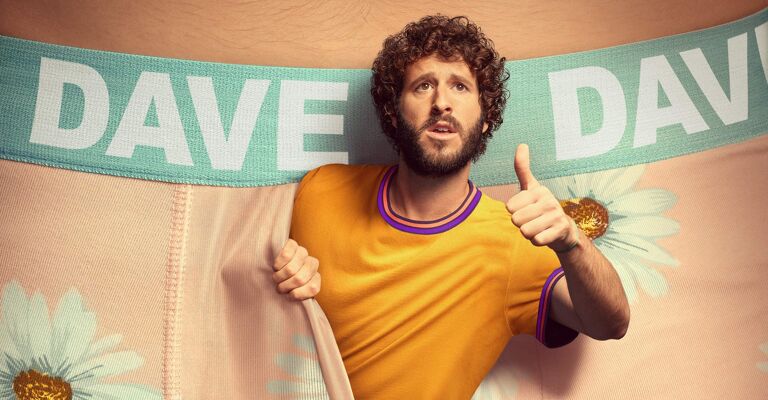 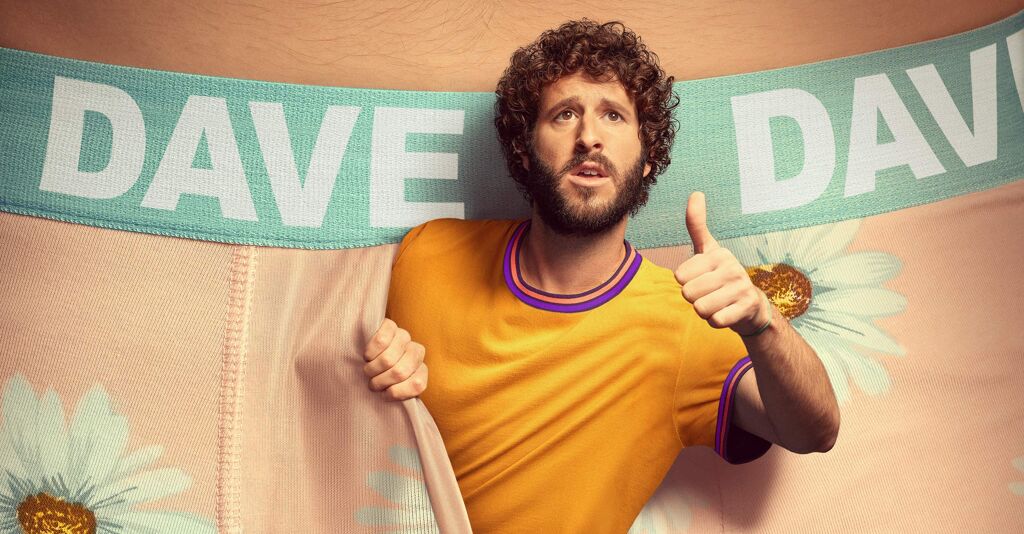 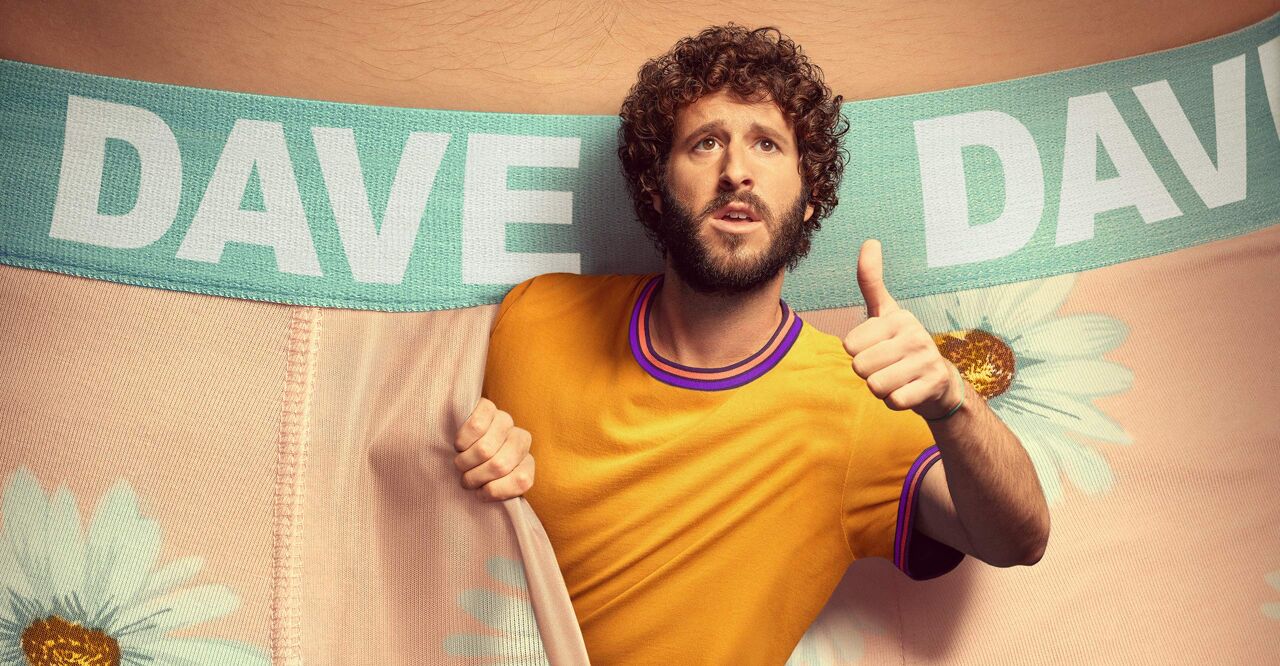 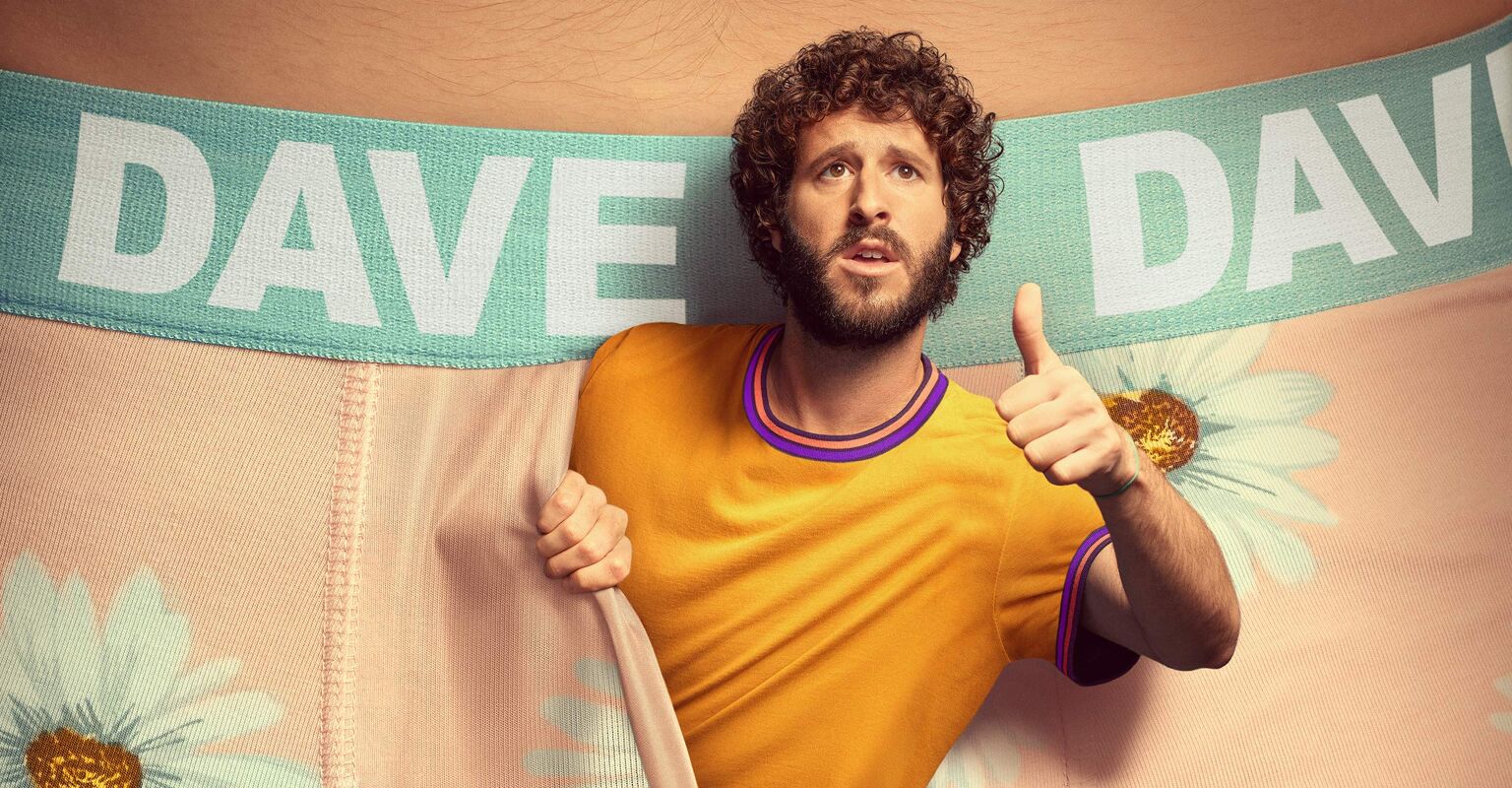 I was skeptical about “Dave,” I’ll admit it. Despite being a Lil Dicky fan from way back, the idea of giving joke rapper Dave Burd his own show felt kind of stupid when I first saw the promos for “Dave” in 2020. I thought, oh great, another show about a dude who loves dick jokes.

But when TV journalist Ashley Ray praised “Dave” to the skies last April, I decided her endorsement merited a watch. So I watched the show. And watched it again. Before the second season started airing this month, I’d watched the entirety of “Dave” Season One three times.

Yes, it’s that good. But not for the reasons you probably think.

In “Dave,” a loosely autobiographical show about the life of Burd in his mid-career quest to become the world-famous rapping sensation Lil’ Dicky, Dave lives in a world of weird, insecure, and otherwise fascinatingly neurotic men. Dave’s character is basically a 21st-century reboot of Alexander Portnoy, the sex-obsessed, penis-size obsessed narrator of Phillip Roth’s 1969 novel. Like Portnoy, Dave is Jewish and super neurotic about that fact. Not only does he feel his Jewishness to be kind of an embarrassment in the macho, decidedly non-neurotic world of rap, he actively fantasizes about being in other peoples’ bodies. Usually the bodies of Black men–which, yes, is weird, and we’ll get to it.

But the most interesting thing about Dave is his relationship to his genitalia. When we first meet Dave in Season 1, he’s at the doctor’s office trying to figure out if he has herpes (which he’s just read can “look like razorburn.) When the doctor asks him to drop trou, however, he starts his preamble:

“Before I can show you my penis, I do have to explain a few things about it to you.”

Dave explains that he has a “very bizarre situation” as the result of a tangled urethra at birth. “There’s so much scarring down there,” he says, in a moment that you’re not sure is meant to be funny or vulnerable or both. He goes on to say that his “dick skin” is actually made of ball-sac skin as a result of this surgery. He then explains that even his own girlfriend doesn’t know about all this, because he’s “so good at controlling the lighting.” He’s even made a single called “My Dick Sucks.” It goes:

It was here that I made the unconscious decision to watch the show three times in succession. Yes, it was partly because I kept getting high and falling asleep for the last five minutes of each episode. But it was also because “Dave” spoke to me. The level of honesty around genitalia—especially genitalia that’s considered not ideal in some way—felt breathtakingly real. And, if I’m really honest, super familiar.

When I first had top surgery in 2012, I felt that I owed all my dates an explanation. Before undressing, I’d go on a whole diatribe about how my nipples were “franken-nipples” without sensation, and that they shouldn’t be scared of how bloody everything looked. There was a lot of scarring. The skin around my chest did look weird. I felt I owed everyone who saw me naked an explanation. And that didn’t even begin to cover whatever was happening downstairs.

When you’re trans, you end up having to explain your body a lot, to people that have no precedent for it. It leads to a sense of guilt about what you’ve got going on, as if to assume that because it’s unexpected or different, it’s in some way unacceptable. “Dave” reminded me that this isn’t just a trans problem: cis dudes have dick dysphoria. Cis women have vagina dysphoria. We all spend a lot of time looking at our genitals and wondering, “does this thing look the way it should?”

When you’re trans, you end up having to explain your body a lot, to people that have no precedent for it.

For Dave, it’s more complicated. He knows his dick doesn’t look like other dicks. At the end of Season 1, a breakthrough freestyle session on The Breakfast Club has Dave rapping once more, ecstatically, about the weirdness of his penis (two holes on my shaft!) He’s learned how to perform his dysphoria for an appreciative audience. One of Season 2’s most poignant episodes so far has Dave’s friendship with Benny Blanco plumb new depths of intimacy. In a montage, we see the two men dancing, laughing, running around naked, inspecting each others’ dicks, and cuddling. When Blanco gets a good look at Dave’s dick, he shouts: “is it like…green?” He then says: “this thing should be at every UN meeting.” It’s a sweet moment of acceptance through joking about dick dysphoria. Blanco gets it: he knows that penises are inherently funny, and that Dave’s love language is dick jokes.

Dating, of course, is more complicated than friendship in Dave’s world. In the first season, Dave is dating long-term girlfriend Ally, who ostensibly doesn’t care (or genuinely doesn’t know about!) his genital situation. When season 2 begins, however, Dave is actively dating. He brings home a girl only to hear her ask, “is your dick really as weird as they say it is?” Dating throws his bottom dysphoria into the spotlight once more, and we get to see how starts to hurt Dave once his own dysphoric bragging about how weird his dick is comes back around to him, through a girl he’s about to hook up with. You see a moment of hurt in his eyes, of deep realization. I created this problem.

When season 2 begins, Dave brings home a girl only to hear her ask, “is your dick really as weird as they say it is?”

He’s not just paranoid. He’s talking about how weird his dick is as a career, which is pretty Jewish, and kind of a new thing for a rapper, if not for a comedian. Jewish comics have long taken this approach: if you can’t compete with mainstream masculinity, make a niche for yourself out of critiquing it. And part of that means imagining yourself as other people. People with good genitals. In the 2015 Lil Dicky hit “Freaky Friday” featuring Chris Brown, a plot emerges that has Dicky trading places with Brown. The first thing he does after realizing that he’s in Chris Brown’s body is take a dick pic—in the light!—singing “it’s my dream dick!” Brown, having landed in Dicky’s body, asks “how his dick stay perched up on his balls like that?”

Much has been made of “Dave’s” discussions about privilege and whiteness within the world of rap. Less has been said about how the weird, but oddly sweet penis talk amidst Dave’s friend group creates a new kind of language within male socialization. It’s not the macho, aggressive locker room talk that we assume male socialization favors. Dave’s friend group is oddly sweet and loving, and they have a way of shielding Dave from his own insecurities by leaning into the idea that dicks, at the end of the day, are just dicks. All dicks kind of look weird, and there’s nothing wrong with having a weird dick. More importantly: there’s nothing wrong or weird, in the world of “Dave,” with dropping your pants to let a friend see your dick, even if it’s just to assure you that it’s as weird as you think it is.

That might be the most revolutionary part of “Dave.” The assumption that friends look at each others’ dicks, and cuddle, and goof around naked. That male friendship can be a lot more intimate than we assume. And that sometimes, you have to look at someone’s dick to see into their soul. ♦