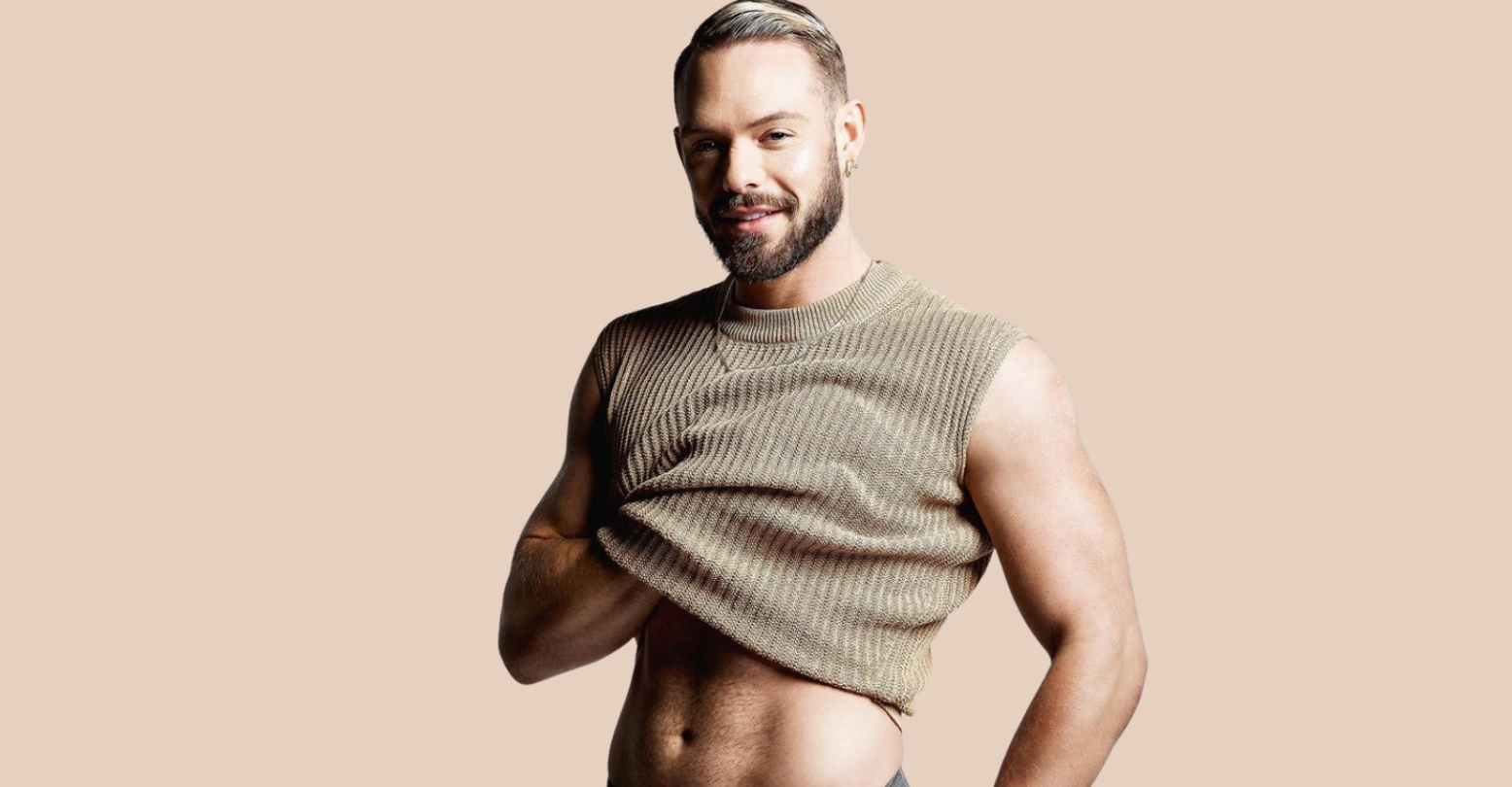 John Whaite, one half of the history-making first male partners in the U.K.’s Strictly Come Dancing, is no stranger to scrutiny—for better or worse. For the most part, the former winner of The Great British Bake-Off has successfully been cutting up a rug, as he and dancing partner Johannes Radebe are still averaging the highest ranking on the current season. But while Whaite has earned praise from Strictly’s judges, behind the scenes he finds himself enduring judgment of a nastier kind from online trolls. Their target: his physique.

On Instagram, Whaite shared a post describing his struggle with body image and how exercise has become both an escape and a source of self-affirmation.

He explains, “Since I started working out I’ve had so many messages from members of the gay community telling me how disappointed they are with me for becoming ‘yet another muscle Mary’.

“Going to the gym is my way of keeping things under control. It allows me to feel like I have a small grip on the rudder of my life. I also listen to classical music while I work out, so it gives me a little time to zone out of this very hectic world we all share.”

In addition to humanizing himself before the faceless online hordes, Whaite concluded by sending his haters a clear message: “If you’re going to post platitudinal screenshots about being kind and caring, please put that into practice. You don’t know what any single one of us is going through.

“If you feel the need to comment on someone else’s life, direct that energy inwards and focus on yourself. It’ll make you a better person.”

If there were judges for clapbacks, we imagine this would earn a round of perfect 10s.

Whaite and Radebe have both previously spoken out about their anxieties over becoming Strictly’s first male coupling and the inevitable social media attacks. While Whaite described being very protective over his emotional state, he ultimately decided to move forward with the show, knowing that it was “the right thing to do.” Specifically, he felt that the opportunity to play a role in advancing gay representation was too important to pass up.

Now, by opening up about his own struggles with body image, Whaite has accomplished another important feat of representation: modeling kindness on the Internet.