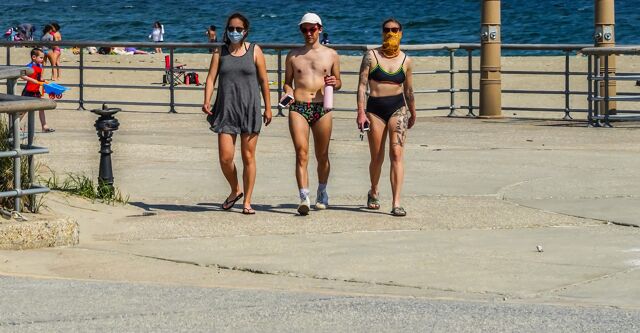 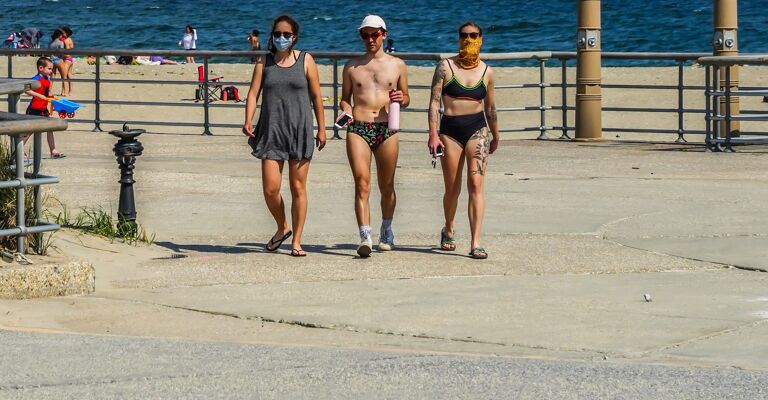 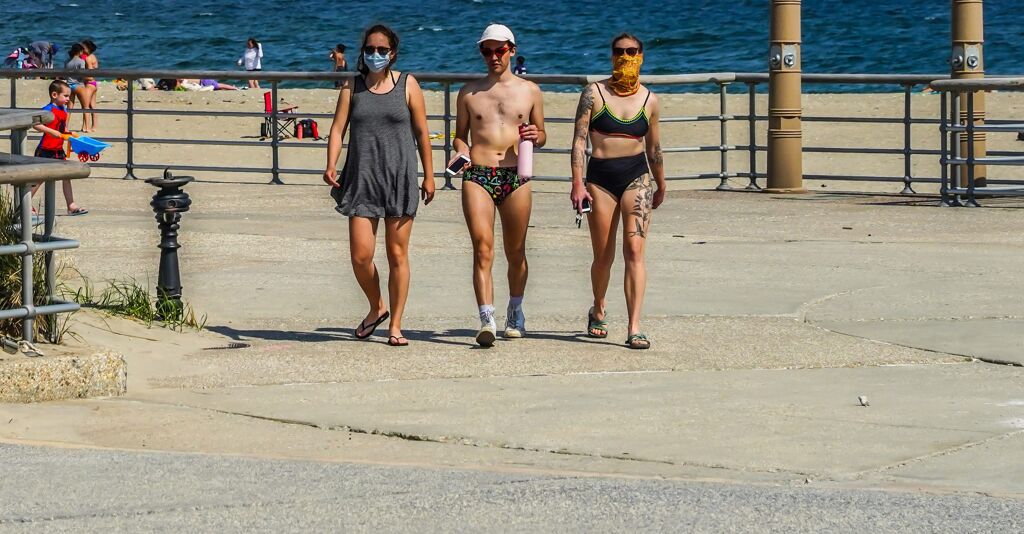 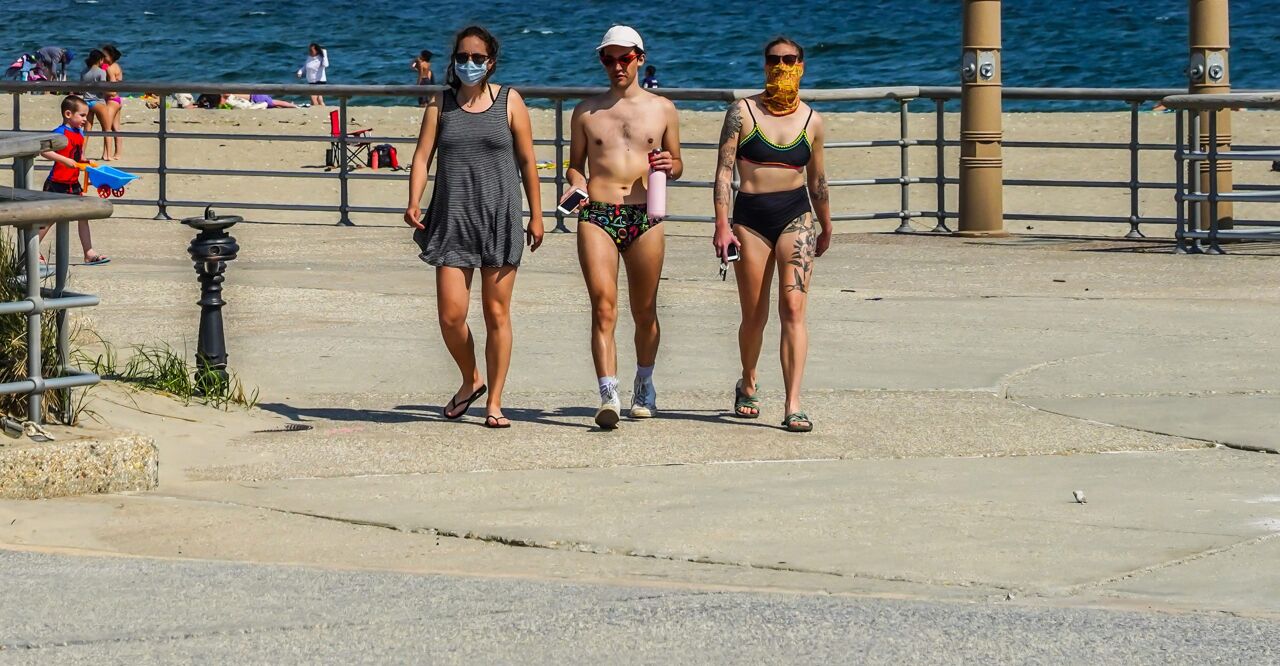 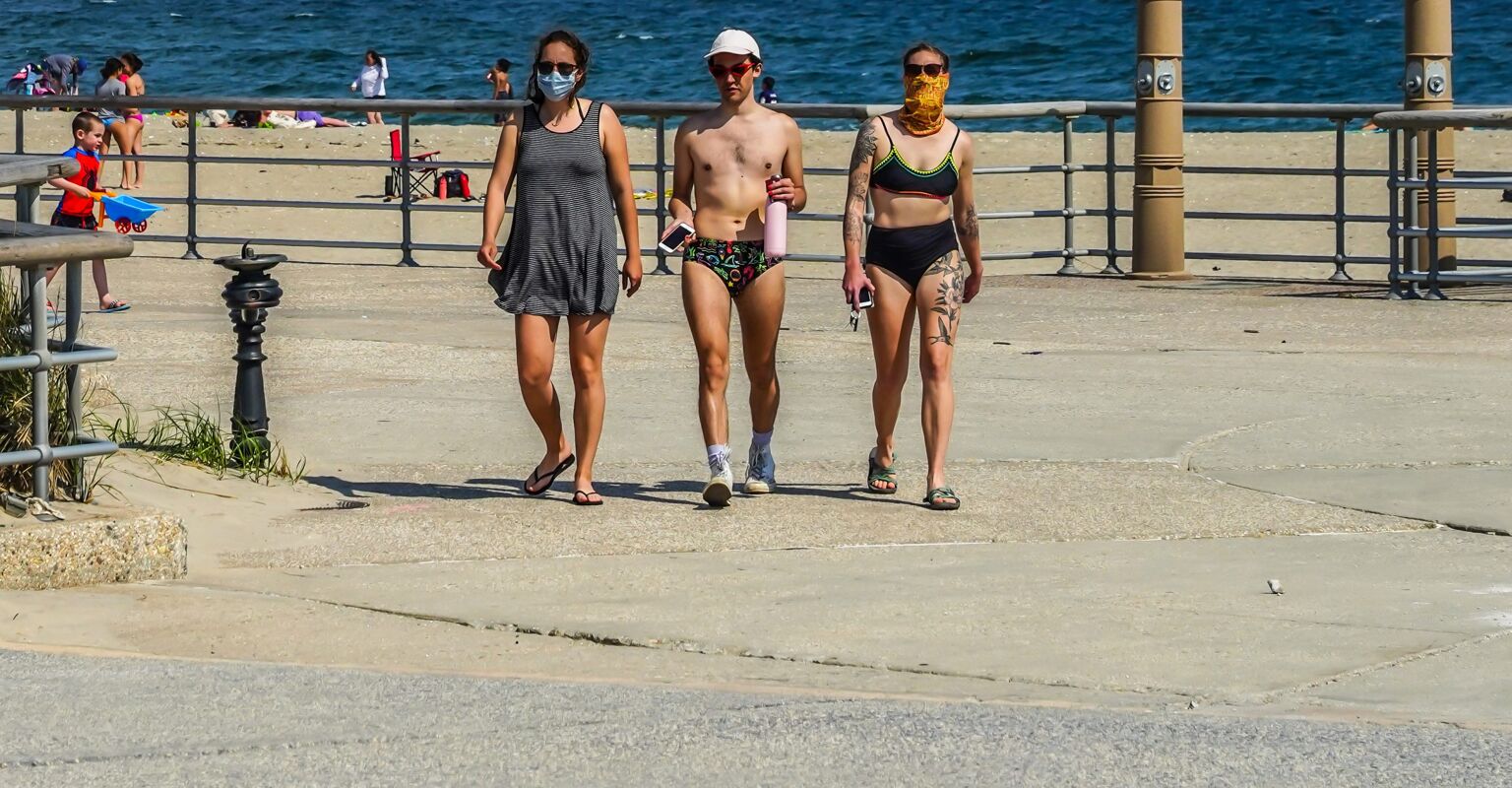 I believe it was “Schitt’s Creek” legend Moira Rose who once said, “Take a thousand naked pictures of yourself now. You may currently think, “Oh, I’m too spooky.” Or, “Nobody wants to see these tiny boobies.” But, believe me, one day you will look at those photos with much kinder eyes and say, “Dear God, I was a beautiful thing!”

Honestly, she’s right. But taking a nude isn’t always the easiest for queer folks: there’s gender dysphoria, scars of both natural and surgical variations, and more all held up to be unfairly compared against exclusive Western beauty standards.

But deep on the isolated eastern end of Rockaway Peninsula in Queens lies Jacob Riis Park, and it just happens to be a historically queer, clothing-optional seashore spot perfect for bronzing the curves of your youth with a scenic and tasteful nude photograph.

Named in 1914, Jacob Riis Park receives its title from the muckraking journalist Jacob Riis. More than merely a name bestowed to a beach, Riis’s radical photography—compiled into How the Other Half Lives—focused on exposing the massive wealth disparity in New York City; and true to the nature of his work, Riis Beach is a place for living radically.

As early as 1940, the most isolated part of the mile-long strip was home to queer cruisers and sunbathers alike. By 1966, The New York Unexpurgated – a guidebook – referred to Riis beach as “one of the best Gay Rivieras in the world … so crowded, nudes go unnoticed.” It was around this time that the eastern end of Rockaway Peninsula became certifiably “clothing-optional.”

Here and there, both naked and clothed queer bodies scatter the beach. While it certainly is a hub of horniness, the vibe of the beach comes not from how the bodies within it look, but more so how the bodies feel cloaked in indiscriminate acceptance. So when The Cut took photos of frequent Riis beachgoers, they also happened to immortalize these queer folks at their most peaceful points – which is, coincidentally, also the point in which they are the most beautiful.

“Every time I go, I bump into at least 20 to 30 people I know: close friends, former colleagues, and old flings that I try to avoid,” says Kile Atwater, an artist who lives in Brooklyn. He quickly comes to the conclusion that: “At Jacob Riis, I feel an overwhelming sense of self-love for being Black, queer, and free.”

Penda N’Diaye loves the way the sun shines on his melanated skin at Riis, “I am Senegalese-American and take such pride in my dark skin. Riis is my spot to get some quality baking time in and get ‘Blue Black!’ That’s when I feel most beautiful — when my melanin and the sun meet. I try to get to the beach once a week. I’m a biker and will do solo morning trips or camp out all day. I was with my close friends who also wanted some sort of liberation from bras and cat-calling. I’m pretty bold when it comes to nudity, but to share moments of freedom with friends who are learning to embrace their bodies is magical.”

For Stone Tsao, a trans poet, Riis was always a point of stability; a beautiful background that remained throughout their self-introspection fashion show of trying on different versions of their true identity, “I have been going for 11 years — I started going before I even knew “trans” was possible — and I have been so many different selves here. A year before the pandemic, I started biking to Riis, and that experience has been life-changing. I would bike here and confront my feelings of insecurity and anxiety. Then when the pandemic hit, Riis became a sanctuary. I would bike here with my mask on at least two or three times a week just to stare at the ocean. By June, I would go early in the day, camp out, and float in the water.”

Ralph Hopkins, tenderly known as the “Mayor of Riis Beach,” has been going to this select slat of shore since the 1960s, “I am 73 years old, and people are so surprised when I tell them my age. I’ve always loved the beach, especially Riis. I’ve been coming here since the late ’60s. I saw it when it was nude in the ’70s. I threw beach parties with fashion shows in the ’90s. At that time, I think I was the only one to give a fashion show with DJs and food. That’s why I know so many people on the beach. They call me the Mayor of Riis Beach. I love the sun and the people. I go as much as I can — at least three times a week.”

Within the pattern of returning visitors we find that Riis beach is more than just scenery behind groups of partying privileged gays. It is a landscape shaped by the people as much as the waves that crash on the very queer shore.

For Serena Tea, going to Riis is self-care. “I try to go at least three times a month,” the drag artist explains. “I make a bomb playlist and blast it on my speaker while I bike. There was one day when literally all of my friends were there. I remember lying back, just taking it all in, and I looked out into the water to see all my friends swinging their undies in a circle and screaming with laughter. It caught the attention of the whole beach, and I realized then that I have a pretty special group of queers in my life.”♦