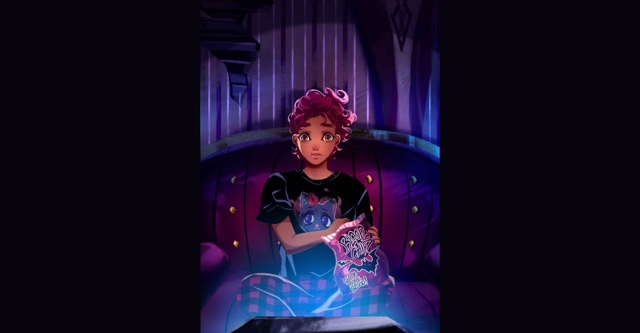 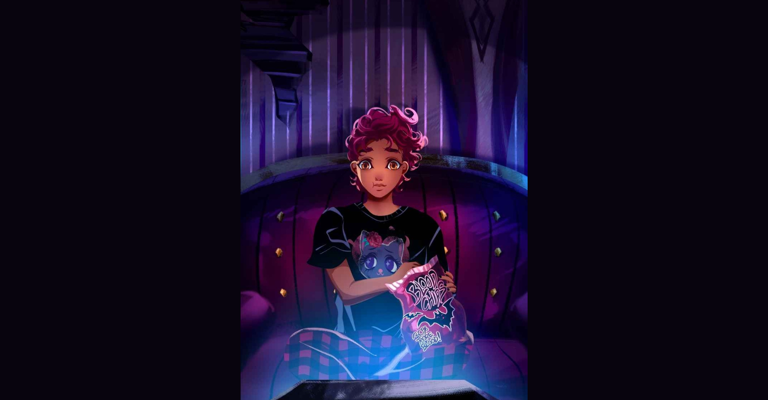 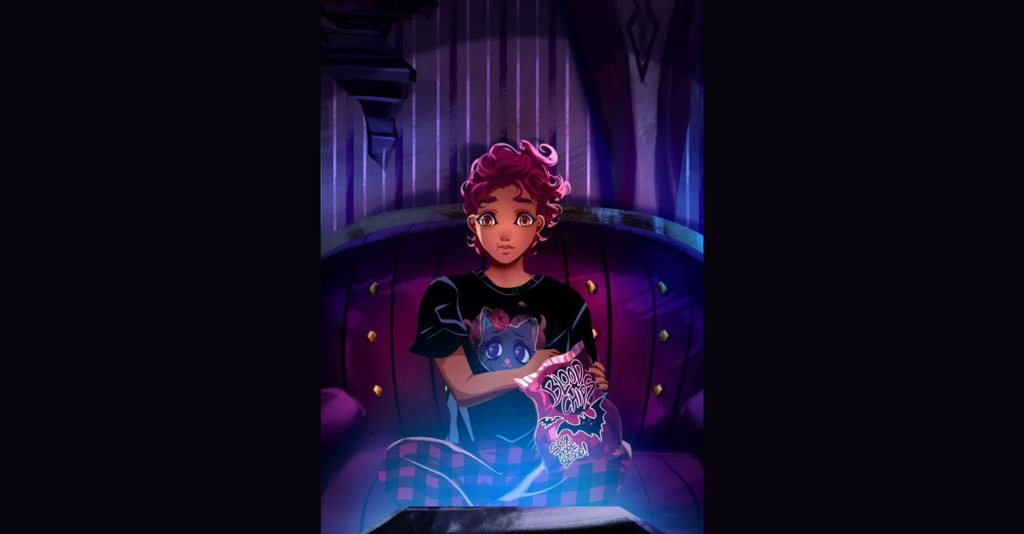 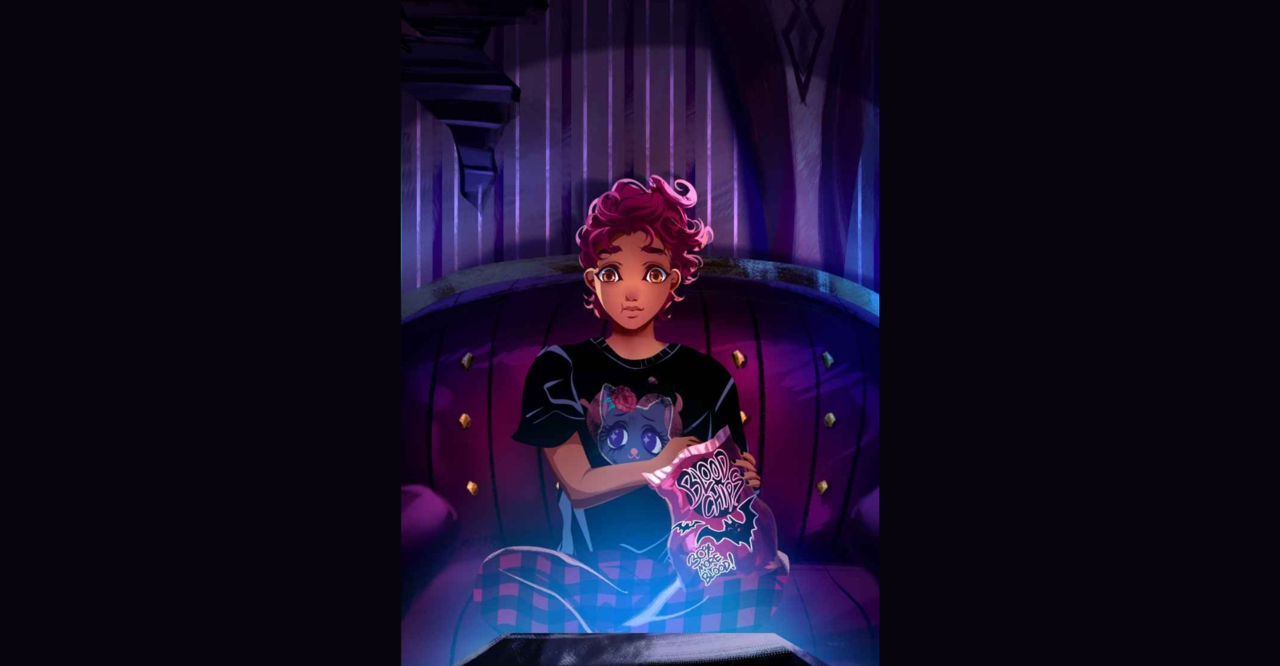 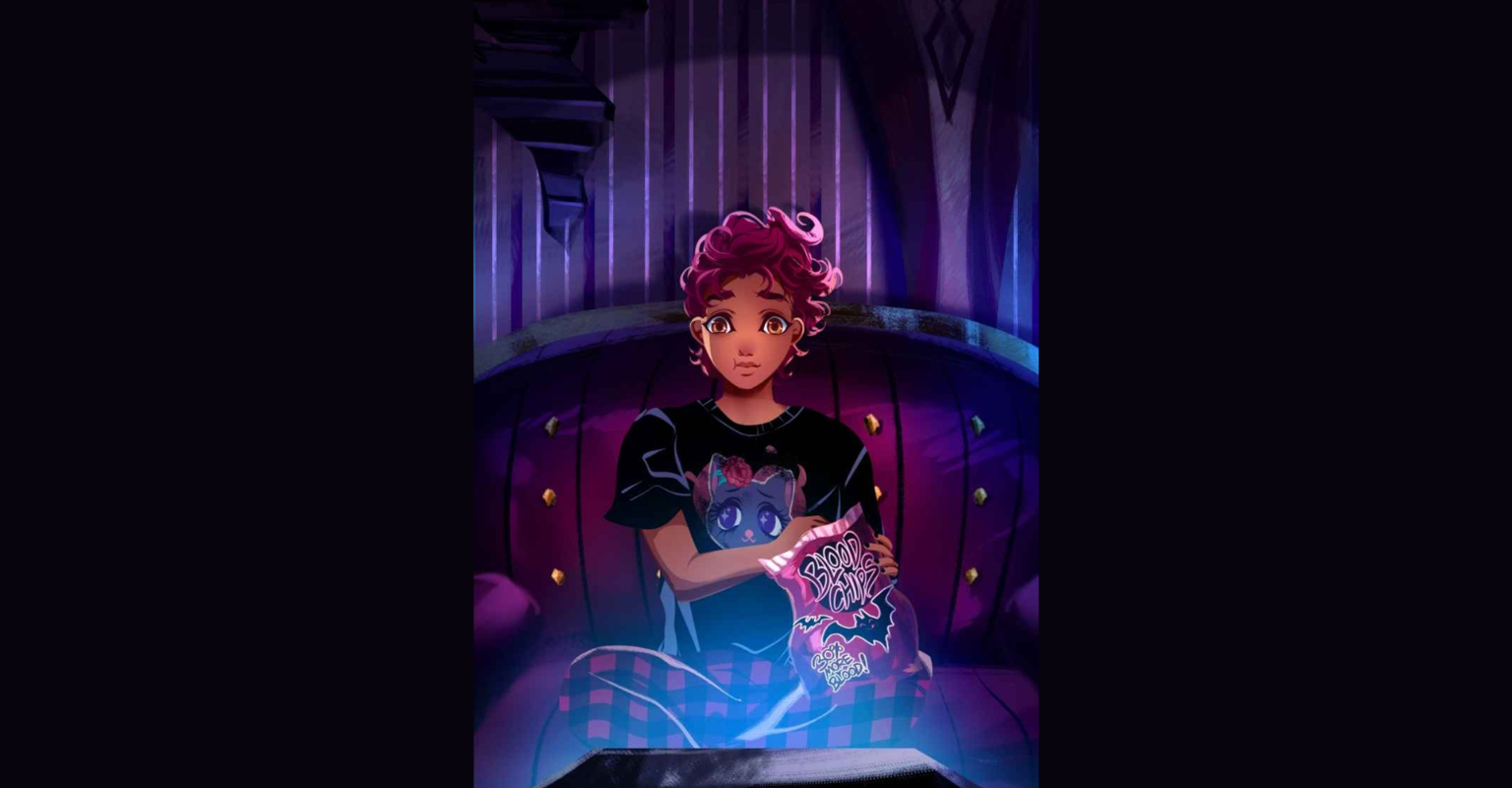 This year marks the 30th anniversary of the anime adaptation of Naoko Takeuchi’s magical girl manga series “Sailor Moon.” Premiering in Japan in 1992 and in the United States in 1994, the initial English anime adaptation would become notorious for its censorship of LGBTQ+ characters. The most egregious of these involved the lesbian couple Sailor Uranus and Sailor Neptune becoming cousins.

Despite the censorship, the anime would go on to influence many LGBTQ+ comic book creators and cartoonists. Now, there are numerous magical girl comic books made by queer creators putting their own spin on the magical girl narrative introduced by “Sailor Moon.” Check out some of the best ones below. 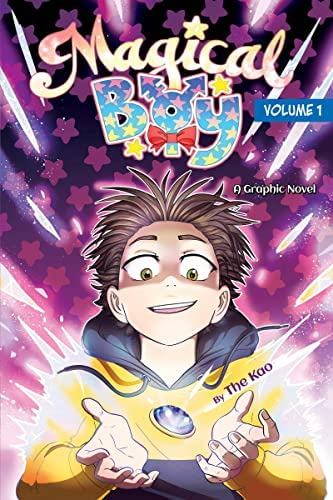 Originally published as a webcomic before being released as a two-volume graphic novel series, “Magical Boy” tells the story of a trans teen boy named Max who learns he is descended from a long line of magical girls. These magical girls have fought an ancient evil in the name of the goddess Aurora, and now Max must learn to do it as the first magical boy.

Despite experiencing some deadnaming, misgendering, and instances of forced gender expression, Max gradually makes his magical power his own. In the first volume, he improvises with his magical abilities, gains non-magical mostly queer allies, and slowly turns his transformation outfit into one he is comfortable with as a trans boy. Kate Blast is a webcomic about a 36-year-old transgender magical girl and ex-military pilot. An ancient alien relic (the Burning Heart) chooses Kate Blast to be one of its Guardians. An alien army seeking the magical powers of the artifact is targeting Earth. Now Kate and her friends must battle monsters while discovering the mystery behind their newfound powers.

This comic is one of the rare examples of a modern magical girl comic with adult characters in addition to an LGBTQ+ cast. There are also fun takes on magical girl gimmicks such as Kate’s weapon of choice being an electric bat. Not to mention, the other characters were already fighting threats as part of the supernatural organization B.A.S.H. before they gained their magical abilities. 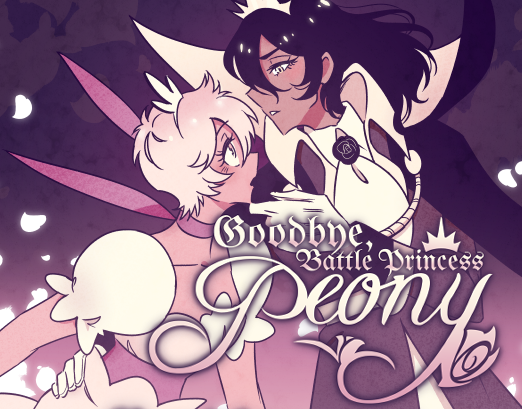 This graphic novel tells the story of Peony, the titular battle princess who was raised to fight the evil Divine Ladies. One day, her rival Divine Lady Silkrose attacks her but her attacks are fended off. When Silkrose tries to escape through a portal, Peony accidentally goes with her. Now, she is trapped on the enemy’s base, The Black Moon, home of Blackstar Academy for Divine Ladies in Training. In order to leave the Black Moon and Blackstar Academy, Peony must graduate by getting the approval of all four heads of class, which includes Silkrose.

As Peony attends the classes taught by the Divine Ladies, she gradually realizes there is more to the divine ladies than what she has been taught as a battle warrior. From there, a very sapphic enemies-to-lovers romance begins as Peony gets to know Silkrose and grows as a battle warrior and as a person. 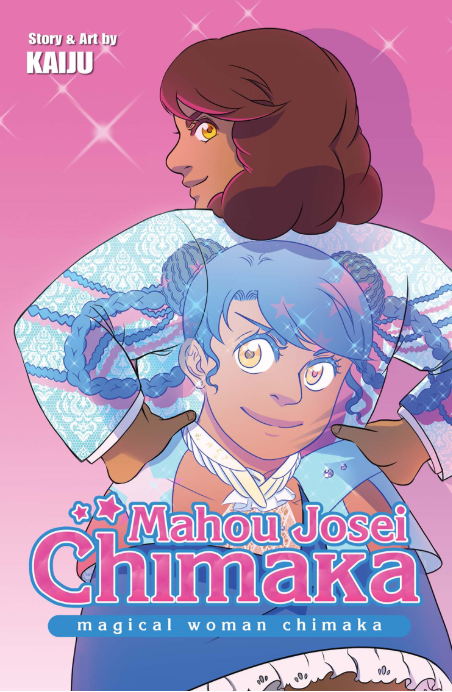 Chimaka is a 30-year-old former magical girl named Shimmer Shimmer Sky Patcher. Fifteen years after failing to defeat her greatest enemy, breaking up with her destined boyfriend, and flunking her college entrance exams, Chimaka is in a downward spiral and working as a chemical engineer. However, when her greatest enemy makes a return, Chimaka must find a way to become a magical girl again with the help of her best friend Pippa. 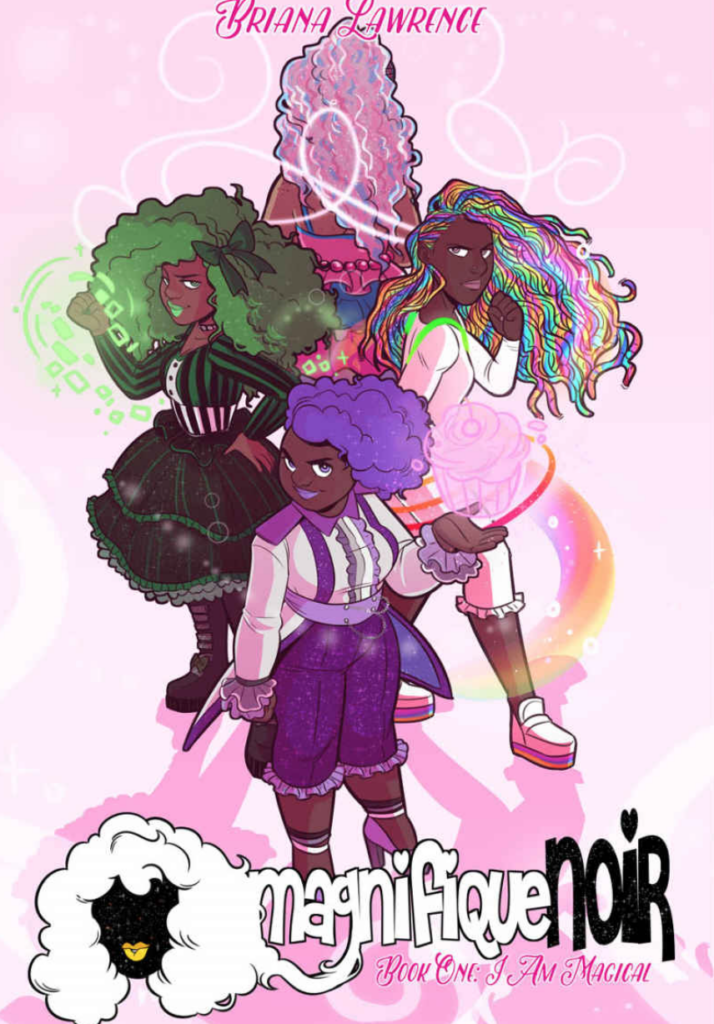 The Magnifique Noir book series begins with the story of college student and gamer girl Bree Danvers. After having a few run-ins with monsters and a mysterious magical girl named Galactic Purple, she is invited to become a member of the magical girl team Magnifique Noir.

The ongoing series combines illustrations, mini-comics, and text to tell a colorful, cute, and down-to-earth magical girl story with an all-Black and queer magical girl team. There are two books so far, combining frosted cupcake attacks and sparkles with a mature tone that serious topics such as street harassment, dysfunctional families, and mental health. 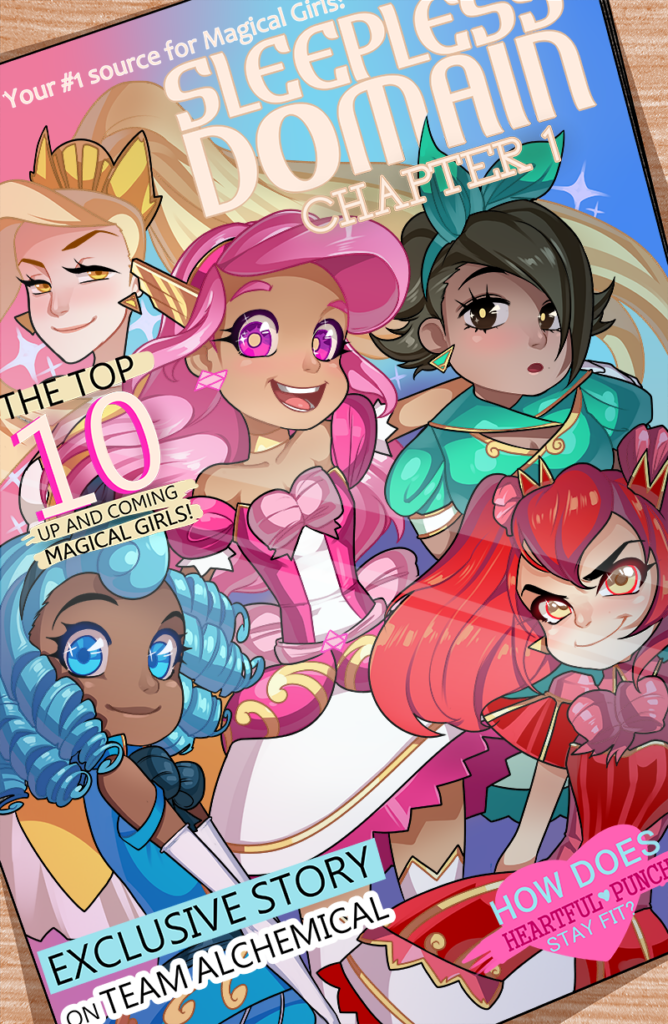 This webcomic is a little on the darker side, but it handles difficult subject matter such as death and trauma in a sensitive matter. After losing almost her entire team to a mysterious monster attack, Undine aka Alchemical Water must deal with the aftermath and figure out what happened that night. As time passes, she gains new allies and inches closer to the truth.

Besides its premise, this webcomic stands out because it is set in a world where magical girls are common and live alongside normal girls. The magical girls go to a special school for training their powers and there are different teams with quirky characters. 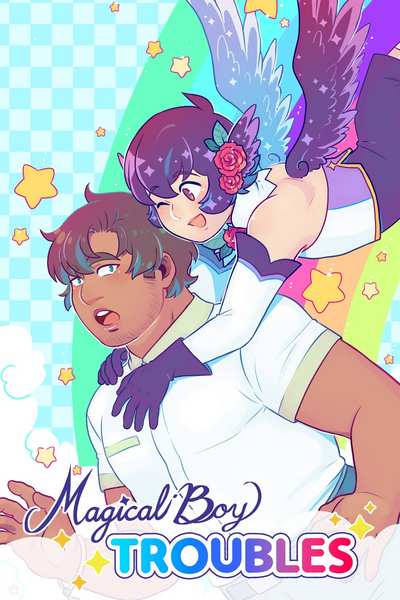 Published on WEBTOON, this comic stars a magical boy named Kikyou and his boyfriend, Juan. Juan feels that Kikyou is taking on too much as a magical boy. However, since Juan doesn’t have magical abilities, he must figure out how to use his own brand of magic to help Kikyou. This leads to a misadventure that results in Juan and Kiykou growing as individuals and as a couple. Featuring cute-as-heck artwork as well as male magical girl fans becoming magical boys, this comic is a must-read. 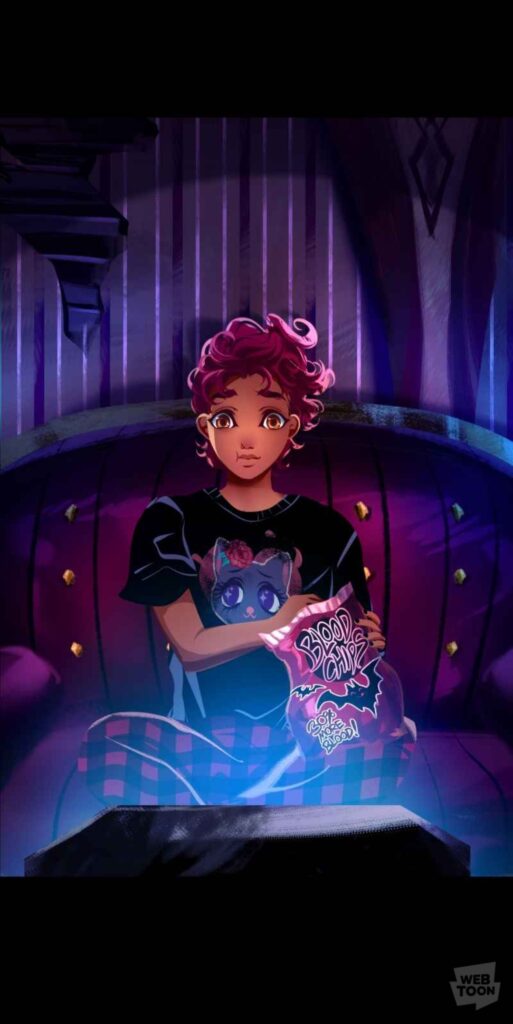 Take a dash of horror and a scoop of magical girl sparkles and you have this Webtoon comic. Some people have likened the art style to something from the doll line Monster High, and they aren’t too far off.

“Vampire Magicka” is about a vampire boy named Visare who loves magical girls. After a bat named Drago crashes into his house, Visare gains a magic pendant and learns his sister Viorica is missing. Together, Visare and Drago go search for her and meet colorful characters along the way.

9. “Save Yourself!” by Bones Leopard, Kelly and Nichole Matthews 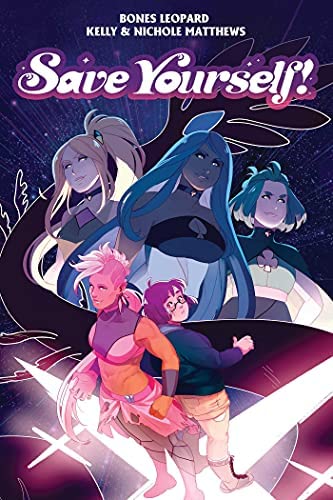 Published by Boom Studios, “Save Yourself!” puts a twist on the usual magical girl premise of brave magical heroines saving the world. In this comic, a girl named Gigi discovers that the magical girls known as The Lovely Trio aren’t quite as lovely as people believe.

Not to mention, the monsters they fight might not be as monstrous as she was taught. In order to figure out the truth and truly save the world, Gigi must do some digging and survive The Lovely Trio with the help of an unexpected ally. 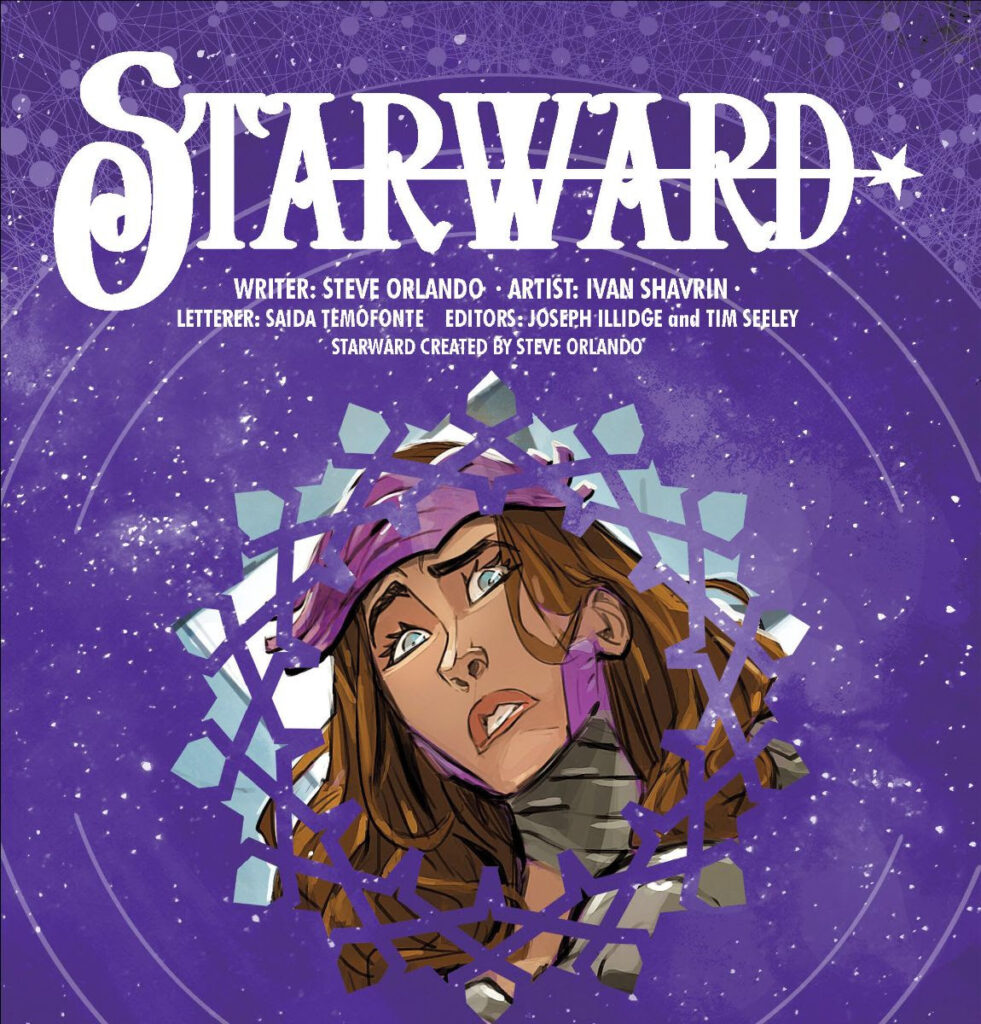 Published by Heavy Metal Entertainment, this ongoing comic tells the story of Stephanie Cohen who discovers on her 20th birthday that she is the reincarnation of a female warrior known as a Starward Sister.

Upon fainting and transforming for the first time, Stephanie is told by an inner voice to find her fellow Starward Sisters in order to defeat the dark being known as Kaos. With a relatable lead experiencing a quarter-life crisis and beautiful watercolor-like artwork, Starward combines mythology and adulthood in an epic way.♦