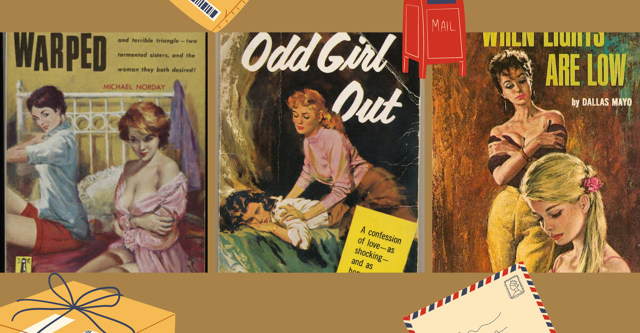 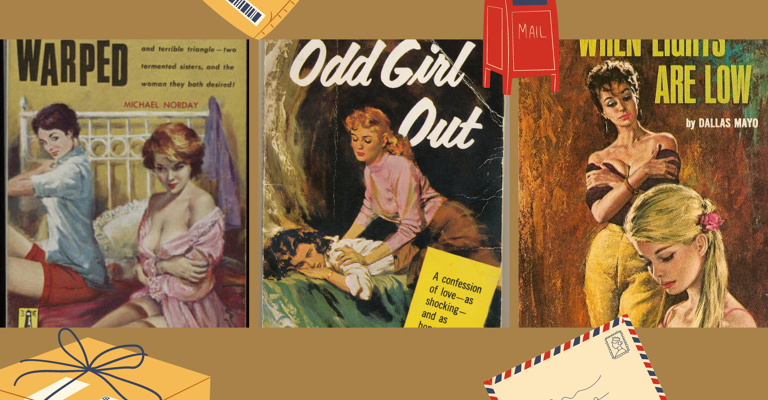 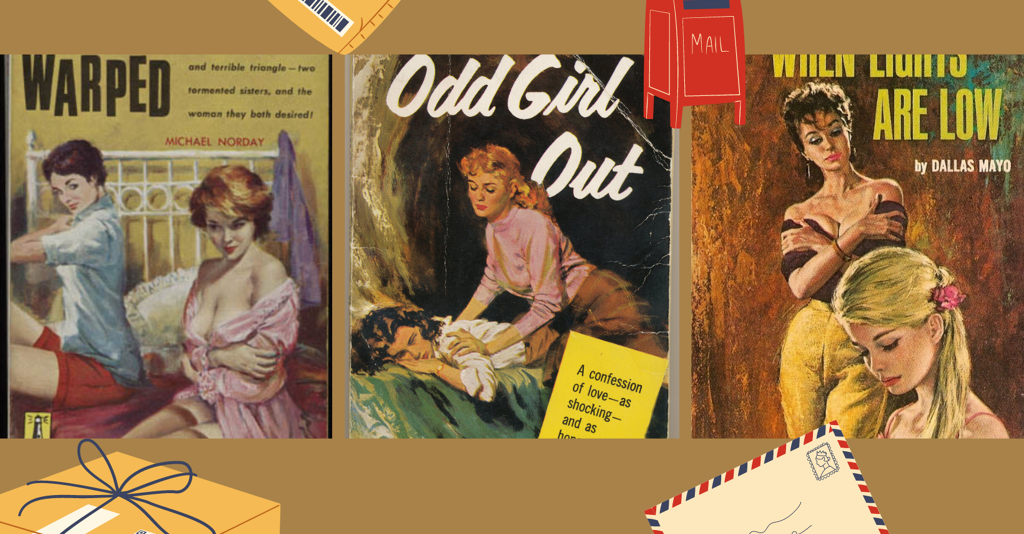 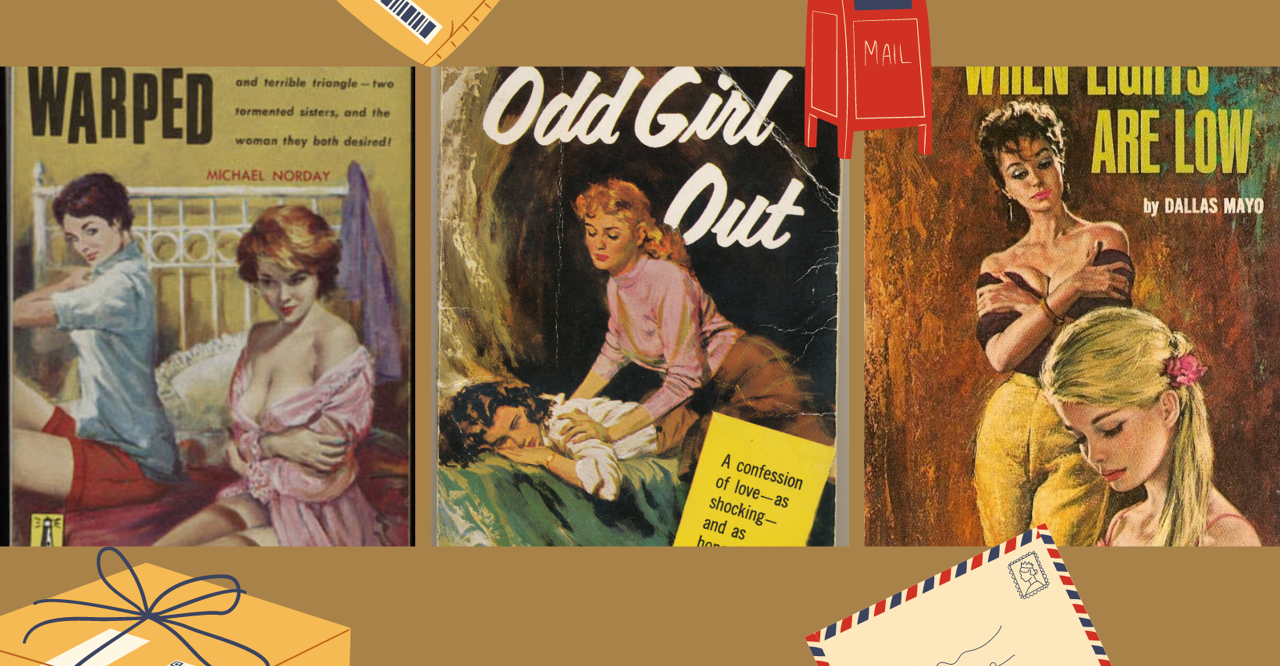 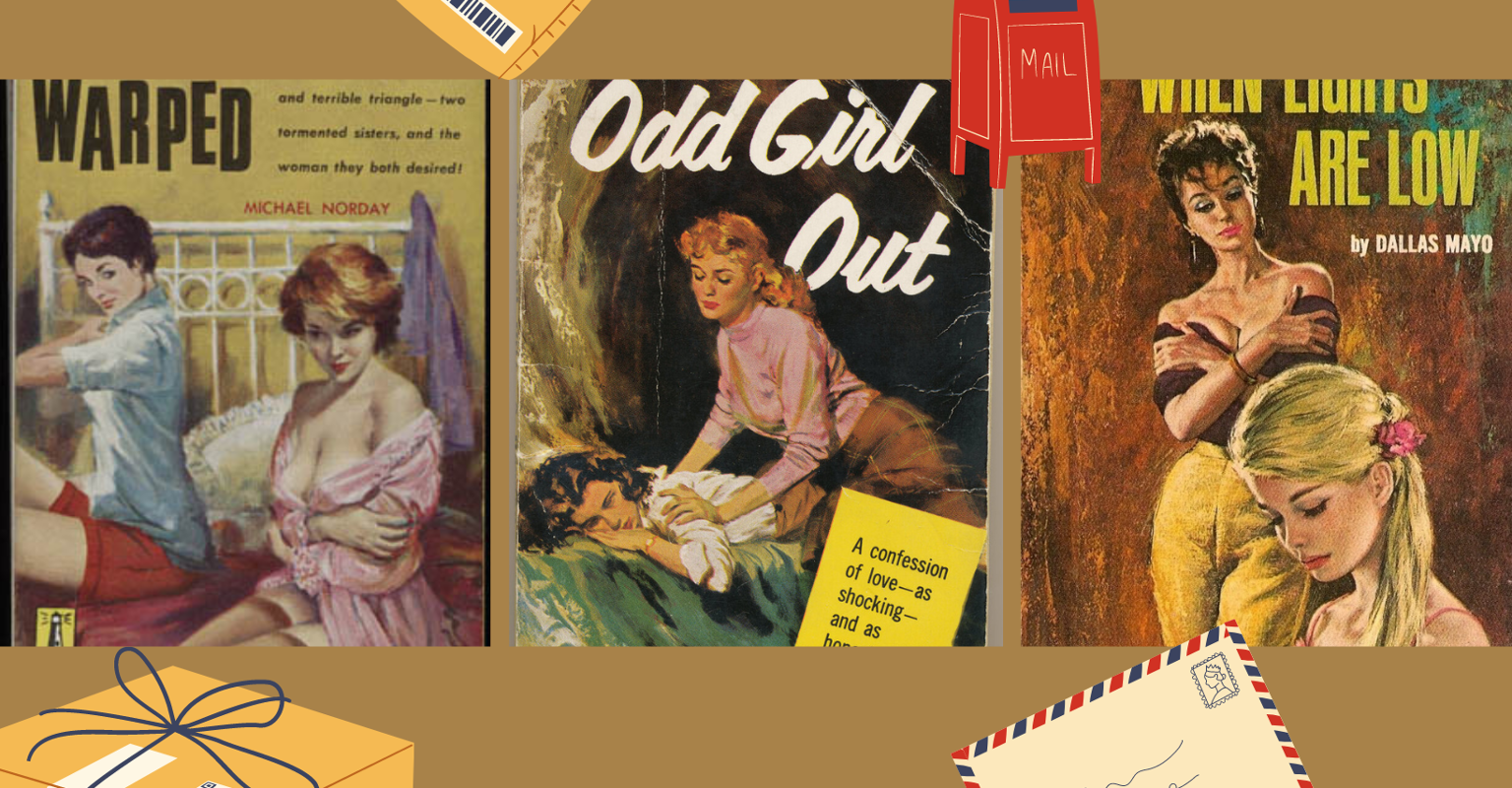 If you’ve ever read a book about lesbians published before the mid-2000s, you could probably guess how it was going to end before you even started: tragically. Odds are high that at least one of the protagonists would wind up dead or institutionalized, or would realize she was actually heterosexual.

It would be easy enough to chalk this trope up to widespread homophobia. And while that certainly played a role, the origin of the tragic ending in lesbian literature can be traced back to an unlikely source: the United States Postal Service.

It all began with the advent of the cheap paperback in 1938. At the start of the twentieth century, novels were seen as a form of “highbrow” entertainment: serious stories, published by serious authors. They were also a luxury in the U.S., as they were printed solely in (expensive) hardcover format, and available only to readers with access to a bookstore. But with the invention of the paperback, that all began to change.

While hardcover books at the time retailed for about $3, and were exclusively available in the 2,000 or so bookstores across the country, paperback novels sold for as little as 25 cents—and were sold at more than 7,000 newsstands, 18,000 cigar stores, 58,000 drugstores, and 62,000 lunch counters, plus countless train and bus stations nationwide. Within months, books went from being a luxury to items that anyone could pick up on a whim while running an errand.

For a solid decade, paperback books were just reprints of literary titles that had first been published in hardcover. But in 1949, Fawcett Books decided to branch out and print original stories. No longer beholden to the literary standards of “serious” hardcover novels, the publisher began churning out lowbrow titles under its Gold Medal imprint that could be picked up at the drugstore, read in secret, and discarded before anyone noticed.

Within months, books went from being a luxury to items that anyone could pick up on a whim while running an errand.

These titles were quickly dubbed pulp fiction, in reference to the pulp magazines that preceded them. Unlike glossy magazines printed on high-quality paper, pulps were made of cheap wood pulp paper and typically came with ragged, untrimmed pages. And with this shift towards the lowbrow, readers in the 1950s and ‘60s suddenly had access to stories about sex, drugs, and a range of other sins—including homosexuality.

The first pulp with lesbian content was Tereska Torrès’ semi-autobiographical 1950 novel, Women’s Barracks. A fictionalized account of her time in the Free French Forces during WWII, it tells the stories of five women living together in a house in London, two of whom have a minor lesbian storyline.

It’s incredibly tame by today’s standards, but was so shocking at the time of publication that it sparked the formation of the House Select Committee on Current Pornographic Materials in 1952. The committee’s work culminated in a 1953 report proclaiming that pulp novels had “largely degenerated into media for the dissemination of artful appeals to sensuality, immorality, filth, perversion, and degeneracy.”

Still, Congress declined to pass regulatory legislation on pulps, and the hearing ultimately worked in the publisher’s favor. Prior to the hearing, Women’s Barracks had sold roughly one million copies. Thanks to the publicity it generated, Fawcett sold another million. Following the success of Women’s Barracks, Fawcett saw an obvious market for more lesbian pulp fiction novels.

Their next major lesbian title, Spring Fire, tells the story of Susan “Mitch” Mitchell, as she pledges the Tri Epsilon sorority and secretly dates an older sorority member named Leda. When they’re ultimately walked in on by other members of the sorority, Leda tells the other girls that Mitch had been “attacking” her, then gets drunk and wrecks her car. The story ends with Leda being institutionalized and Mitch realizing that she never loved Leda at all.

It’s one of the earliest examples of the lesbian literary tragedy trope, and set the tone for the hundreds of lesbian pulps that would go on to be published over the following decade. So… why that ending?

Depressing, moralistic endings were necessary for making sure the books passed postal inspections.

Marijane Meaker, the author behind this seminal title, based her first manuscript on a lesbian relationship she’d had at boarding school. When Fawcett editor Dick Carroll bought it, he mandated several major changes. First, he requested that she change the setting to a sorority, explaining that “boarding school age was too risky.”

The second change was a bit more drastic. He required her to change the ending and make it so that the lesbian characters either 1) rejected their queerness or 2) became tragic figures. In the foreword to a 2004 reissue of the book, Marijane explains that the depressing end was mandated by Carroll not because of his own issues with the story, but because he wanted to make sure that Spring Fire passed postal inspections:

“Your main character can’t decide she’s strong enough to live that life,” Dick said. “She has to reject it knowing that it’s wrong. You see, our books go through the mails. They have to pass inspection. If one book is considered censurable the whole shipment is sent back to the publisher. If your book appears to proselytize for homosexuality, all the books sent with it to distributors are returned. You have to understand that. I don’t care about anybody’s sexual preference. But I do care about making this new line [Gold Medal Books] successful.”

So Carroll wasn’t necessarily homophobic. He was just a capitalist, and didn’t particularly care whether the cost of his success was lesbian misery.

In the same foreword, Meaker writes that while the unhappy ending “may have satisfied the post office inspectors, the homosexual audience would not have believed that [Mitch never loved Leda] for a minute.” She moved forward with the book, even with all of its changes, because she hoped readers would see that the love Mitch and Leda had was real—and she believed that telling a lesbian love story with a terrible ending was better than not telling one at all.

But back to Carroll’s concern about the mail. In the late 1800s, the Comstock Act was passed as the result of a weird crusade by “anti-vice activist” Anthony Comstock. He dedicated his entire political career to upholding a Victorian version of morality in the United States, working to eliminate abortion, contraception, gambling, prostitution, and “obscene” literature.

As part of this crusade, he created the New York Society for the Suppression of Vice in 1873, which he billed as “an institution dedicated to supervising the morality of the public.” The same year, he succeeded in passing a federal act that criminalized the usage of the U.S. Postal Service to send “obscenity; contraceptives; abortifacients; sex toys; personal letters with any sexual content or information; or any information regarding the above items.” It also stipulated that any person who knowingly mailed or received any “obscene, lewd, or lascivious” publication could be sentenced to up to 10 years in prison.

Carroll was a capitalist, and didn’t particularly care whether the cost of his success was lesbian misery.

There are many obvious issues with this act. But in a legal sense, the biggest issue is that it’s all very vague. The language failed to define “obscene,” “lewd,” and “lascivious.” It also failed to clarify whether the postal service and its mail carriers could be held responsible for delivering “obscene” mail.

In passing the law, it was unclear whether Congress had intended to authorize the Post Office to inspect materials that were suspected to be obscene, or to develop a system of administrative censorship. As a result of that uncertainty, Post officials began confiscating any and all suspicious mail.

Fast-forward 70 years, and the Supreme Court began to take a slightly more liberal approach to the definition of “obscenity,” as demonstrated by the choice to not pass regulatory legislation on Women’s Barracks and other pulps like it in 1950. But instead of adapting to this relaxed attitude, the Post Office doubled down on its position as a regulator. And as the early LGBT rights movement was just beginning to pick up speed, it focused its efforts on gay publications, gay magazines, and gay pen-pal clubs.

The Post Office considered any discussion of homosexuality a “threat to the public” because it was thought to “encourage” people to be gay.

While these materials weren’t necessarily “obscene,” according to the courts’ shifting definition of the term, the Post Office considered any discussion of homosexuality a “threat to the public” because it was thought to “encourage” people to be gay. And in addition to simply confiscating homosexual mail, officials began to go after publishers with obscenity lawsuits. While the Post Office would typically lose these suits in higher courts, they almost always won in lower courts, and effectively bankrupted several publishers in the process.

So despite the lack of formal regulation on pulps in the 1950s, publishing gay stories was still a significant risk to publishing houses. But editors like Dick Carroll found a loophole. By making sure that same-sex relationships in the pulps ended poorly for everyone involved, publishers could position them as cautionary tales that illustrated the dangers of homosexuality—something they thought the Post Office would be on board with. And it worked.

Spring Fire faced no issues with the USPS. And as over a million copies flew off the shelves, letters poured in from women all over the country who were thrilled to read an overtly lesbian story. Shortly after, other pulp publishers churned out their own lesbian stories with similarly “moral” endings.

It was under this cover that a small but vital genre-within-a-genre formed: the pro-lesbian pulp. Written by and for lesbians, these authors tacked on tragic endings to get published, but hoped their readers would see past them. And it would be difficult to overstate just how important their stories were to an entire generation of queer women. ♦

Becca Stickler is a writer based in Brooklyn. She writes a newsletter about queer books.