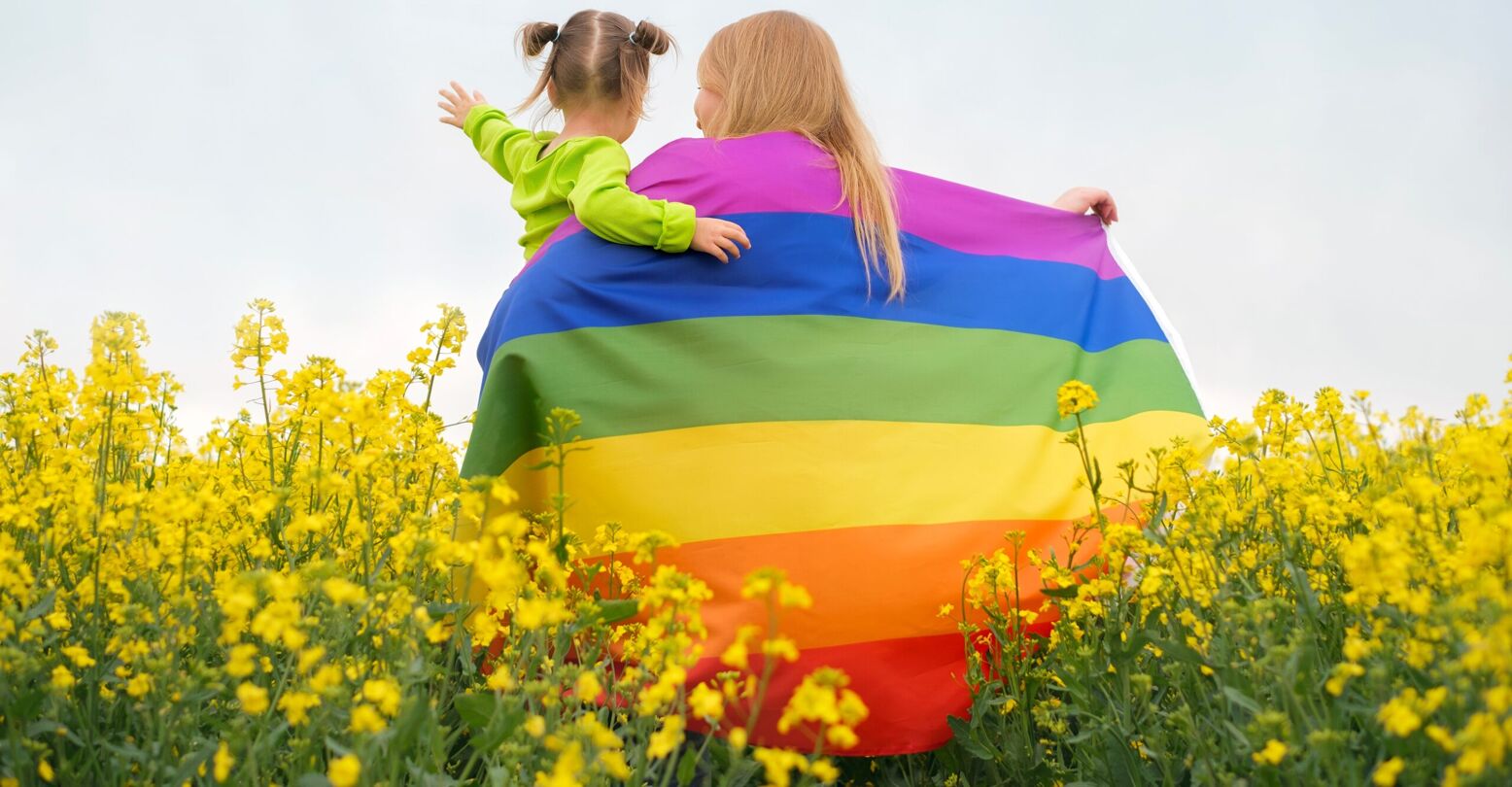 Guardians of the Galaxy star Dave Bautista posted a heartwarming dedication to his lesbian mom on Instagram in honor of Pride month. In the photo, he is wearing a shirt with a rainbow graphic above the words “Be You.”

Bautista has long been a vocal (and wonderfully foul-mouthed) supporter of the LGBTQ+ community and his mom in particular. In 2014, he participated in the NOH8 campaign, protesting California’s Proposition 8, which banned same-sex marriage.

Before becoming a high-profile actor, he was a WWE star. And even in the professional wrestling environment, he refused to back down from speaking out against homophobia. In 2016, he responded to boxer Manny Pacquiao saying that gay people should be put to death, according to his interpretation of the Bible. “My opinion on that is he’s a fucking idiot,” said Bautista. “My mom happens to be a lesbian, so I don’t fucking take that shit. I don’t think it’s funny.”

In 2017, Bautista responded on Twitter to fan thanking him for his support of the queer community by reiterating that he is a “proud son of a lesbian.”

Obviously no thnx necessary but I appreciate the acknowledgement. Proud son of a lesbian and anyone who has issue w/ that can suck my balls😊 https://t.co/gHYC9puexP

And in 2019, Bautista tweeted a response to a Catholic bishop claiming that queer people are harmful to children. “My moms a lesbian,” he wrote. “I think I turned out ok. And the activities she chooses is to help the homeless and people suffering from mental illness. I admit I’m not perfect, but at least I was never a judgmental hypocrite!”

My moms a lesbian. I think I turned out ok. And the activities she chooses is to help the homeless and people suffering from mental illness. I admit I’m not perfect but atleast I was never a judgmental hypocrite! Im sure you dont speak for most Catholics.Have a nice day 🖕🏼 https://t.co/S5t47A170n