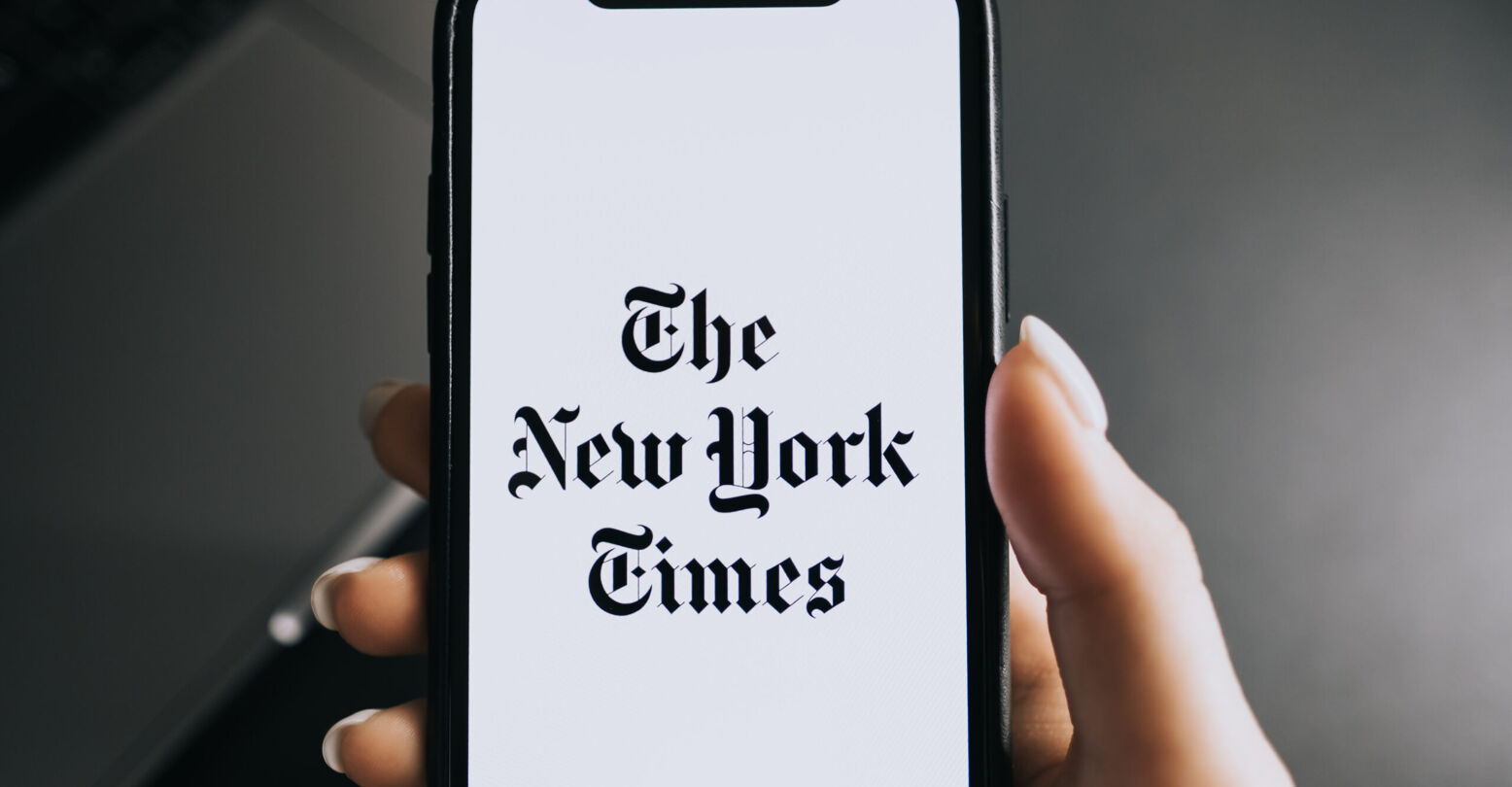 A few days ago, we got firm confirmation of what every trans journalist has already known for years. The New York Times does not care to write about trans people in a way that’s even slightly in line with a 21st-century understanding of gender.

“Gender Reveal” podcast host Tuck Woodstock got his hands on the Gray Lady’s official guidance for covering trans subjects and boy, is it a doozy!

baby we got it and wow it’s so embarrassing!!!!!!! like almost the polar opposite of best practices in 2022. pic.twitter.com/KSOqfTXBHT

The Times is often stepping in sh*t, but this past week has been even more embarrassing than usual. First, there was the great “do iPad screens make us tip more” debacle, in which boomers felt justified in talking about how they don’t think you should tip people during a pandemic. Some days later, there was an entire article written about a mental health crisis among teens, in which one of the primary subjects was misgendered in the story’s lede.

If you’re writing an article about a mental health crisis among teens, perhaps take the extra 3 seconds to not misgender one of the teens in question. pic.twitter.com/GcHHEXq7yN

Some folks sure do spend a lot of time writing and talking about writing across difference in the most dismissive, reductive ways. People who object to poorly written portrayals of, say, POC by white people aren’t being contrary for no reason! Bad writing is bad writing.

So the (truly shitty) guidance on trans and nonbinary identities is far from a surprise. But it is, to be sure, mortifyingly backwards. To deny that use of the singular “they” is proper grammar and encourage writers to “deftly explain” any use of “nontraditional” terms like “transgender” and “cisgender”…it’s the very definition of doing the most while doing the absolute least.

And it confirms what we already knew, which is that there isn’t a single trans or nonbinary person on that gigantic paper’s editorial staff to even provide a sensitivity read when needed. To be fair, of course: nobody in their right mind would want that job.

We’ve been asking the New York Times to do better for years. You have to wonder what it’s going to take for them to start listening.