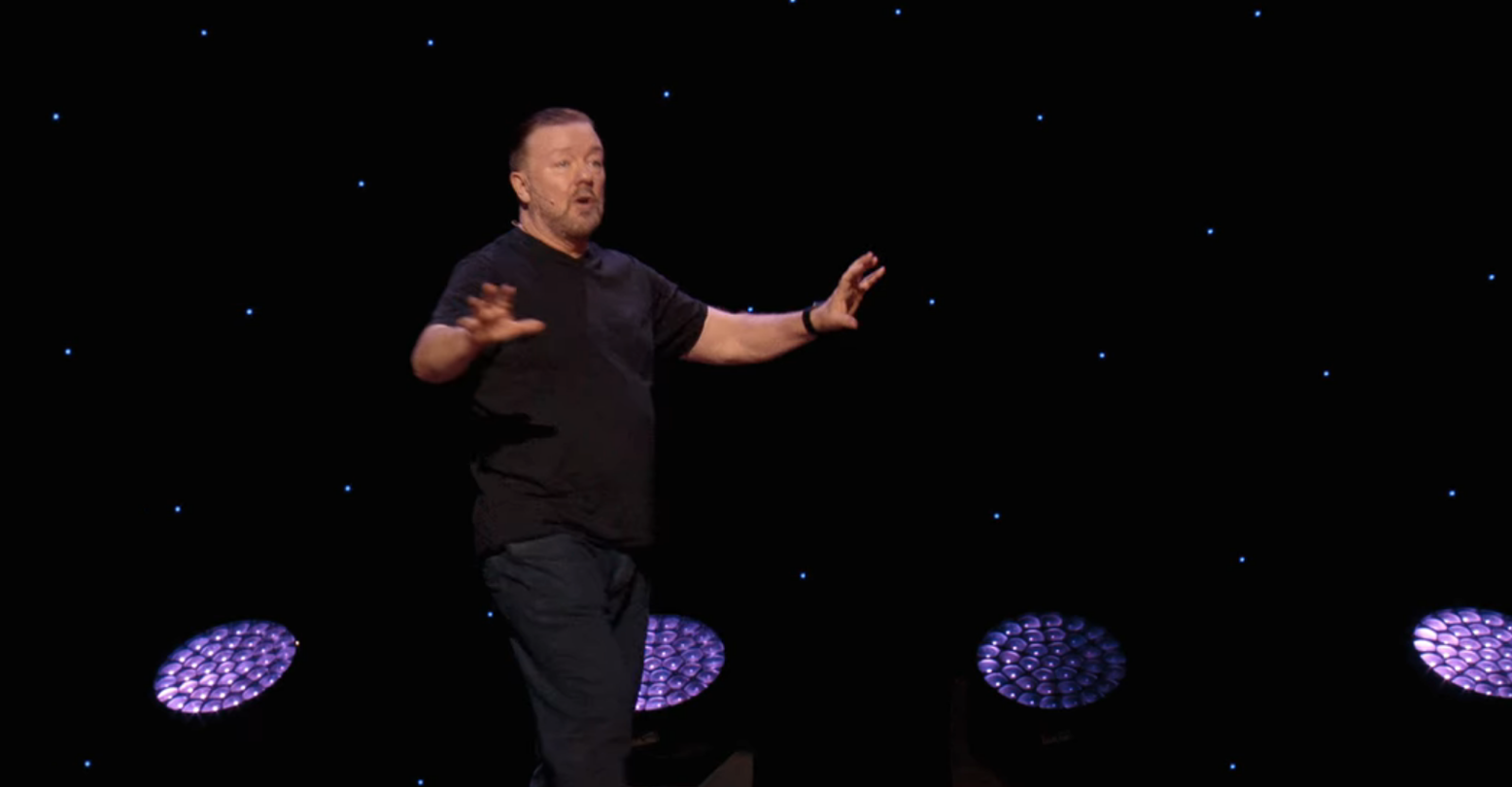 Full disclosure: I did not finish the Ricky Gervais Netflix special “Super Nature,” for plenty of reasons. Many of these reasons—like the special’s use of transphobic jokes and violent anti-trans rhetoric—are totally justified. But if I’m fully honest, there was one big reason why I failed to make it past the 20-minute mark.

Because let’s face it, it’s the same sh*t we’ve been seeing time and again. There was Chappelle’s special last November (and again over the weekend, as a surprise John Mulaney opener.)

There’s also the news, the constant questioning on the level of the Supreme Court as to “what makes a woman” or “how do you define masculinity?” We’re tired, and we’re over it. Because above all and in addition to not being funny, transphobia is boring.

Gervais opens his set with the old familiar chestnuts we’ve come to know and love, such as:

It’s not surprising: Gervais himself understands the problem. He understood it all the way back in 2005, when he made fun of his own success in “Extras.” That show—which I’m ashamed to admit is absolutely brilliant—dissected Gervais’ relationship to fame and power while professing a potent truth about celebrity. Once someone becomes mega-famous, it’s only a matter of time before they stop having anything to say.

That’s what we’re seeing with this post-edgy comics, all in their 50s or approaching that age, who are trying to grasp at relevance by pretending that they still have hilarious observations to make about the world. The reality is that they can’t: they don’t live in the world anymore. Gervais refers to himself, rather self-consciously, as a “multi-millionaire” in the special and nods to Netflix’s “unprecentded” payout, and Chappelle, as we well know, is a rich dude living in Ohio. Of course they find transness to be this new, horrifying development: they haven’t lived in the real world for decades. Money has protected them from the reality of life, which includes, you guessed it, trans people. And a deeper understanding of gender outside of the binary–something else that they find threatening.

Because the truth about capitalism is that the more money you have, the less incentive you have to be a kind, understanding, or even curious person. What money does is deaden the part inside that asks questions. Why should you question the system that’s rewarded you?

So no, I won’t be wasting my time any further on this noxious idiocy.

Gervais refers to himself early on in the special as “a man who doesn’t really need to be doing this.”

Absolutely right: so why is he?