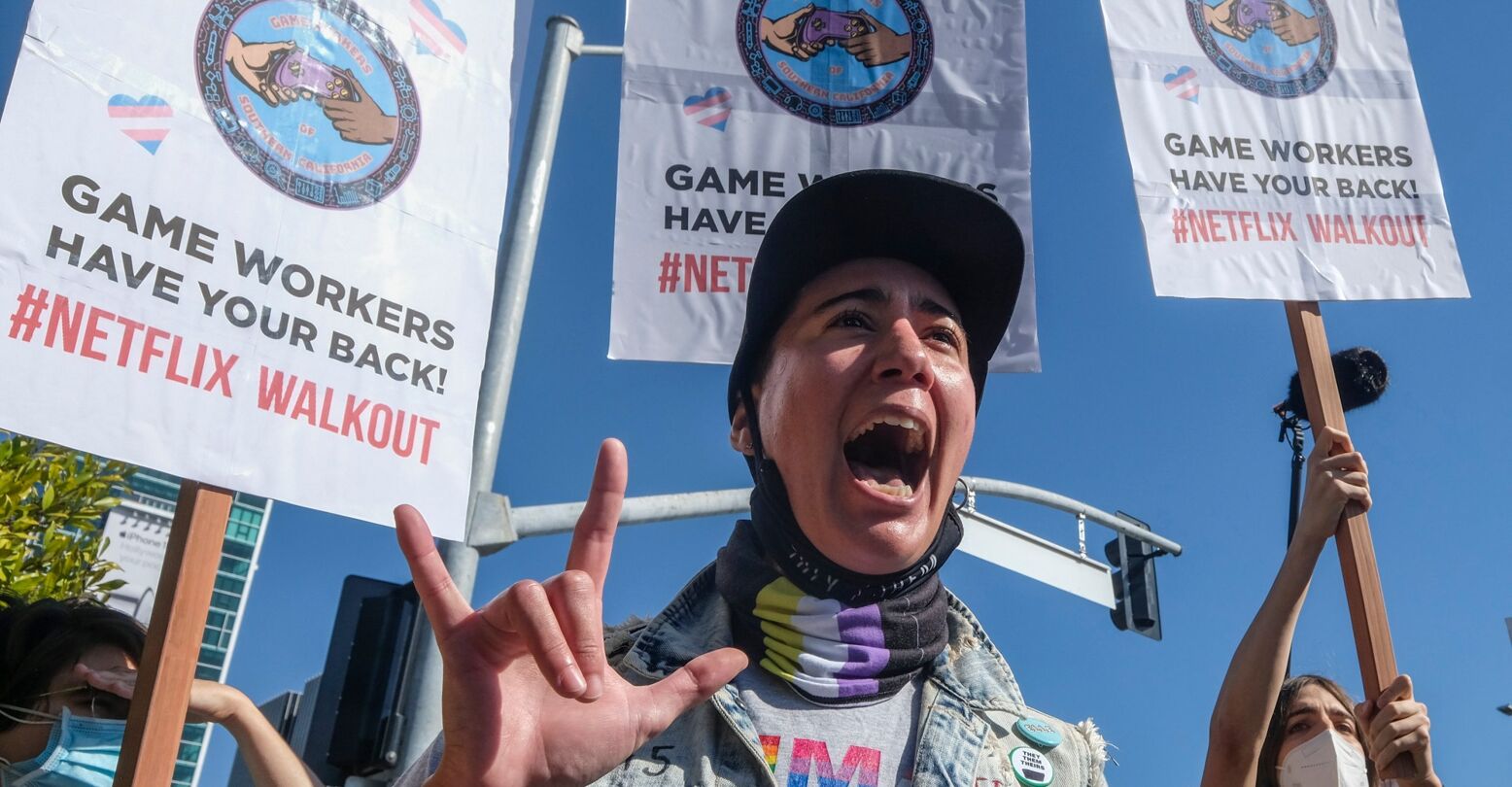 For the first time in five years, Netflix was excluded from the Human Rights Campaign’s Corporate Equality Index. The CEI’s “Best Places to Work” list includes companies that are safe havens for queer employees, a distinction they didn’t give to Netflix this year because of its treatment of Dave Chappelle’s transphobic comedy special The Closer.

“Given the harm experienced by transgender workers at Netflix as a result of the company’s handling of the release of The Closer, HRC has suspended Netflix’s Corporate Equality Index score and will not be rewarding it with a ‘Best Places to Work’ distinction in the 2022 CEI,” HRC explained in the report.

A representative for Netflix responded to the company’s exclusion, writing, “While we have more work to do, we’ve made real strides on inclusion, including for our LGBTQ+ colleagues. For example, we offer comprehensive transgender and non-binary-inclusive care in our U.S. health plans as well as adoption, surrogacy, and parental leave for same-sex couples. And we’ve also worked hard to increase representation on screen.”

“Netflix is the only major entertainment company to have commissioned and published independent research into diversity in our content so that we can better measure our progress,” they added.

But Netflix hasn’t put its money where its mouth is regarding Chappelle: he’s still set to headline the company’s comedy festival Netflix Is A Joke this spring. And, of course, The Closer is still streaming on Netflix, despite including a slew of derogatory and transphobic “jokes.”

“The special itself, the reaction, the response from the company was really tough,” said Jay Brown, senior vice president of research and training at HRC, in an interview with NBC News. “As a trans person, it was hard to watch. It seemed to really sort of ignore the fact that we have intersectional lives in the community and tried to essentially pit two marginalized groups against each other.”

“This is an interesting situation where the policies themselves are really strong,” Brown continued. “You have trans-inclusive benefits, you have robust nondiscrimination policies. It’s really about how they’re living into their values, and if they can do more.”

But HRC hasn’t fully given up on Netflix. The report also states that “HRC and Netflix are having productive conversations about steps the company could take to demonstrate it is acting in a manner consistent with the values of workplace equality and inclusion and to improve trust among their employees and the public.”

“My hope is that companies understand that their work is powered by individual workers who have really incredible perspectives on the product, and that involving them early and often and throughout the process is going to do better for your company and for your workers — and trans workers are no different there,” Brown said. “Trans workers’ voices matter.”