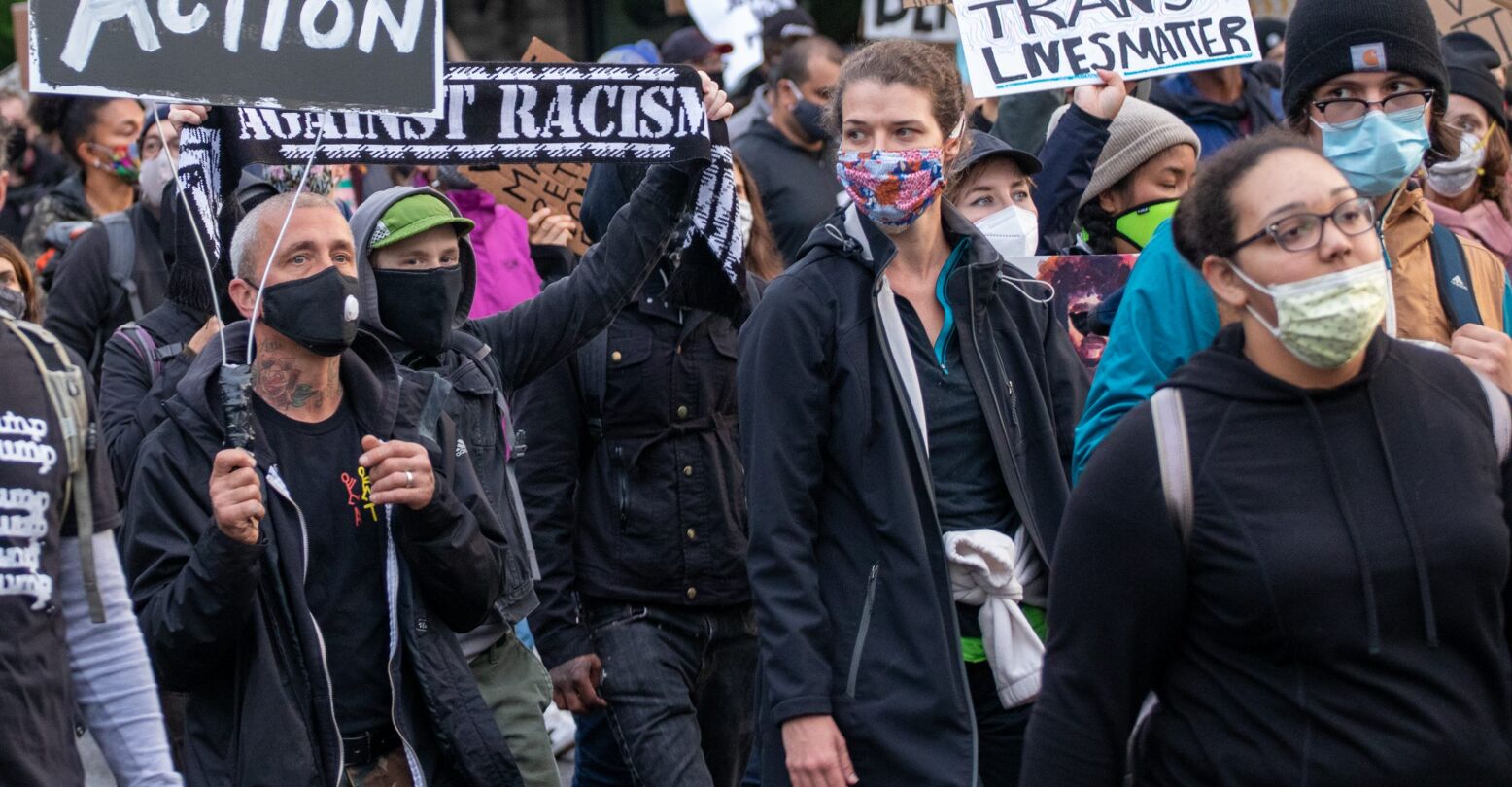 But the real figure is no doubt much higher than that — many trans people don’t report hate crimes for one simple reason: the police can’t be trusted.

Take the story of AL, a trans nonbinary person who told PinkNews how they’ve been assaulted on public transport twice in the last 18 months.

“The first time, I was on a bus in east London,” they said. “It was quite crowded, and the woman who was sitting by one of the last two free seats had a bunch of flowers on it. When I asked her to move the flowers aside, she got very aggressive; she yelled at me that I was a disgusting pervert and a f****t, and when I tried to sit at the edge of the seat without moving her flowers she started hitting me on the shoulder.”

The second incident took place at an underground station, also in east London.

“A young woman who was sitting by the exit seemed upset at seeing me en femme, and tried to follow me asking loudly why I was dressed that way,” AL said. “When I told her that I wasn’t interested in having that conversation and left, she kept yelling and throwing things at my back.”

But AL didn’t report either case to the police.

“The police are part of the problem, not the solution,” they said. “I can’t think of a situation in which I’d call the cops on anyone.”

And AL’s attitude on police is common among trans people in the U.K., reports LGBTQ charity Galop: only one in seven trans people who experience a transphobic attack of any kind report it to the police.

The few who did report to the police found it fruitless — 57% described their reporting as “unsuccessful” or “very unsuccessful.”

That leaves trans people without a safety net, remaining susceptible to harassment. And as AL said, neither fellow citizens nor police are willing to fight for trans folks: “There’s no one you can feel entirely safe around.”