There is nothing like that first time you hear a pop song you know you’re going to love. A song so fizzy and life-affirming that you immediately want to know more about the artist in question. We’re in an always-on era of surprise song releases, social media savvy pop icons and rabid fan-bases flooding the timelines of their faves. Ten years ago message boards and newly emerging social media channels were giving us new ways to stan. Into that mix emerged an unknown artist who was about to leave a glittery stamp on pop music: Lady Gaga.

In 2008 I was a rabid pop music fan with vague hopes to make it a part of my actual job — either as a radio host or a writer or maybe even as a DJ. My teenage pop music obsession of taping songs off the radio or hunting down CD singles in local music shops was a consistent way to escape my problems. I knew I was gay and felt like I was biding my time in school in a small Irish town until I got to college where I could properly be myself.

That obsession followed me to college, whether I was buying Britney’s Blackout at the stroke of midnight from the 24-hour Tesco or enduring the judging eyes of snotty record shop staff as I bought the latest Girls Aloud single.

I stumbled upon Lady Gaga in the spring of 2008, the perfect pop star for that moment in my music geek life. A post about her debut single “Just Dance” on music site Popjustice caught my attention. The song felt fully formed and exuberant. It melded tumbling synths with an R&B edge that had typified hits like Rihanna’s “Umbrella” but it also had an 80s sheen in that abrupt pop chorus. Gaga brought a sense of purpose and vision to what she was doing that felt bold and evocative. Her core message of “changing the world one sequin at a time” said something simple: Pop music can be life-affirming, exciting and fun.

I kept Gaga on my pop music radar as I prepared to spend the summer living and working in Toronto. I was between an undergrad and a forthcoming postgrad, and most summers I would head home and take up a summer job while many Irish students my age spent the summer traveling and working across Europe and the US. That year I decided to step out of my comfort zone.

Living in Toronto that summer was dizzying. Having to work and live in the sweltering heat was a challenge. But I knew that Toronto had its share of music shops packed with treasure to unearth.

That summer I’d find old RuPaul albums, a solid year before Drag Race aired, and Mandy Moore albums that had never got an Irish release. But I was more than ready to get my hands on Lady Gaga’s debut album, noticing from my internet sleuthing that it would arrive in Canadian record stores on August 19th.

My internet sleuthing was limited in that “not everyone has a smart phone” era to internet cafes where I’d check emails, catch up on news from home (most of which was focussed on Ireland being in a recession) and of course dive into YouTube. It was there I’d watch Gaga perform on So You Think You Can Dance declaring “pop music will never be low brow,” her lo-fi web series Transmission Gaga-Vision, or the offbeat “short film” she did to promote the album.

I snapped up The Fame the week of the album’s Canadian release, praying that the promise of “Just Dance” would hold up. Thankfully it did and I was hearing songs that hit that pop sweet spot I was hoping for. The brash swagger of “LoveGame,” the shock and awe of hearing a banger like “Poker Face” for the first time or the melancholic pop earworm “Paparazzi.” These would all become songs synonymous with Gaga: ruthlessly catchy, but also packed with an energy and attitude sorely lacking from mainstream pop at the time. 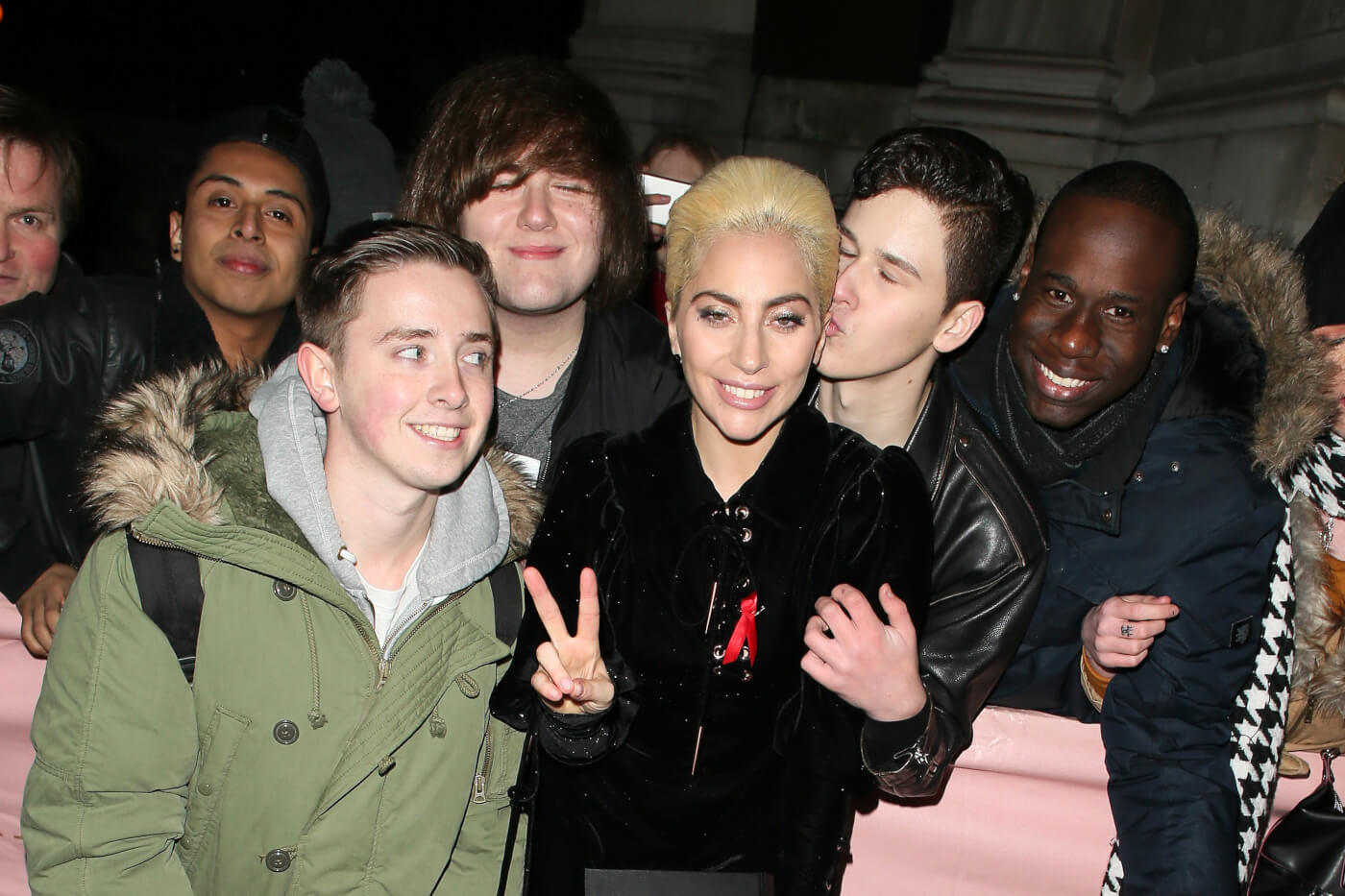 Not long after the album came out I was back home for my final year of college, expecting Gaga to blare at local bars alongside summer smashes from Rihanna and Katy Perry. It didn’t happen. It was only on trips to gay clubs in Dublin that Gaga tracks would pop up. That shifted in early 2009 as “Just Dance” topped charts worldwide and The Fame was released in various territories.

Meanwhile, I was moving to Dublin, interning at radio stations and for GCN, Ireland’s long-running LGBTQ magazine. GCN would soon ask me to write their music coverage, giving me a chance to turn a lifetime of pop music geekery into an actual gig. That August I’d land my first DJ job at a club night called Soundcheck designed to give first time DJs a shot. It soon ballooned into other gigs in the same club and eventually all over Dublin.

Ireland was in the midst of a recession and Dublin felt simultaneously strained and weirdly full of possibility. For so many of us struggling to find work after college, there was a do-or-die atmosphere in the air. And it was reflected in the club scene. Unpretentious club nights popped up everywhere blending queer crowds with straight ones in a way that felt fresh. The music policies at nights like WAR and C U Next Tuesday were less about being cool and more about good party music: LCD Soundsystem and Rihanna, Britney and the Yeah Yeah Yeahs would all regularly turn up side-by-side on the evening’s soundtrack. I was picking up more and more DJ work, picking the right songs to make people lose themselves on the dancefloor.

Gaga become woven into the pop culture fabric of the time. People re-enacted her music video choreography on club dancefloors, I’d DJ at Gaga themed nights where whole outfits would be re-created, and her music videos made the form appointment viewing again as you sat eagerly in front of your laptop instead of MTV.

But why Gaga? At the time of her ascendance pop music was in rude health: the dance production of David Guetta turned every second pop hit into a floor filler, Katy Perry debuted as a provider of tongue-in-cheek pop that was massively successful, and established stars like Rihanna continued their hit streak while Beyoncé proved herself more and more to be a peerless once-in-a-generation talent.

Into that mix, Gaga arrived seemingly fully formed. Sure, seasoned pop music fans griped that Gaga was merely a collage of references — that Grace Jones, Madonna and even Irish cult pop favourite Roisin Murphy were the template for Gaga’s style. But Gaga would name check her influences and gleefully talk about her own love for pop music. Whether she was talking about writing music for The Pussycat Dolls or Britney Spears or confessing she’d bought pieces of Michael Jackson’s wardrobe, it was obvious Gaga was a music nerd. That came across in her commitment to pop spectacle: the red carpet as a kind of a performance, paparazzi pictures that saw her debut new looks, and full tilt visuals during TV performances. Lady Gaga undoubtedly channeled other pop trailblazers but the combination of sharp songwriting, that booming unmistakable voice, and bold performances felt perfect for the pop moment she arrived in.

For LGBT fans, Gaga also expressed solidarity and her own queerness. She opened up about her own bisexuality, canceled a deal with retail giant Target because of how their political funding impacted LGBT rights, gave speeches in support of the repeal of Don’t Ask, Don’t Tell and even brought soldiers who had been discharged for being gay with her on 2010 MTV VMA red carpet. That would reach its peak in 2011 when Born This Way included references to being LGBT in a way that felt far more direct than typical mainstream pop fare. Some felt it was pandering, but still, it was a huge hit and a sign that Gaga was happy to acknowledge her LGBT audience directly.

The Gaga pop domination of 2008 through to 2012 eventually began to flag. 2013’s ARTPOP underperformed, seemingly weighed down by hype and an audience becoming weary of the costumes and spectacle. She regrouped in ways that felt unexpected. There was a jazz album with Tony Bennett, a turn on American Horror Story and an attempt to revamp her sound with 2016’s Joanne. It can sometimes feel like Gaga is more interested in chasing the “authenticity” of acoustic guitars and earnest piano balladry than celebrating the pop savvy that made her such an exciting proposition. Thankfully moments like the 2017 Super Bowl halftime show illustrate how Gaga understands her strength as a pop star is being able to deliver both spectacle and tenderness. 2018 may prove to be a fitting celebration of her 10 years in pop: she’s starring in a new remake of A Star Is Born (stepping into the shoes of other icons like Judy Garland and Barbara Streisand), she’ll kick off a new Las Vegas residency in December and she’s been working on new music with the likes of Bloodpop and SOPHIE.

10 years later, so many Lady Gaga moments have lodged in my brain. And even now many of those same songs provoke a reaction so strong from a crowd when I’m DJing that I feel lucky. Lucky to have the shiny, escapist freedom of pop music when real life is too much. To be working in a job where I get to stand in a DJ booth and make other people in the LGBT community feel good, even if only for a few hours. And lucky that the way we come together around the music we love is a constant no matter what your taste. A decade on and the message is simple: spin that record babe.