While most filmmakers strive to entertain or even educate, queer director John Cameron Mitchell “wanted to break the audience’s hymen” with his second feature, and it’s safe to say that Shortbus did exactly that. Following a 10-minute standing ovation after its premiere at Cannes, this indie gem busted open sexual taboos in a way that few films have managed in the twelve years since, depicting real sex on screen without ever resorting to sleazy clichés.

Other recent films have encouraged their actors to engage in unsimulated sex too, although the likes of Love and 9 Songs seemingly did so just to blow the minds of censors worldwide. Shortbus also aimed to blow minds and various other body parts as well, but rather than use metaphors to hint at sex, Mitchell used sex itself to reflect other aspects of each character’s psyche. What ensued was an authentic portrayal of sexuality in all its forms that remains ahead of the curve even today. 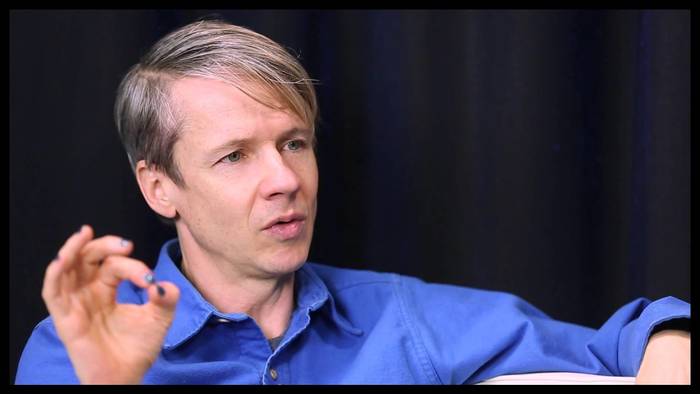 Now that Mitchell’s hitting cinemas once again with How To Talk To Girls At Parties, another offbeat love story that switches out writhing naked bodies for alien punk love, there’s never been a better time to ride the Shortbus and celebrate the overlooked legacy of this LGBTQ classic.

It’s impossible to discuss the impact of Shortbus without first exploring how the film was made. To prepare the script, Mitchell took a rather unconventional approach, enlisting actors via an online casting call that specifically asked for people willing to share their sexual histories as fodder for the screenplay. Anyone unable to have sex on screen was told not to apply.

To rehearse what was known at that point as “The Sex Film Project”, the chosen cast members improvised both conversations and sexual acts in workshops together that blurred the lines between art and reality. The story that was born from this process revolved around a diverse cast of characters who converged at a Brooklyn-based sex party/artistic salon each week while trying to figure out the problems in their own lives.

Shortbus opens with an explicit yet amusing montage that follows a sex therapist called Sofia (Sook-Yin Lee) and her husband as they try and fail to help her reach orgasm, a problem that’s plagued Sofia her entire life. Soon after, we then meet a gay couple called Jamie (PJ DeBoy) and James (Paul Dawson) who are thinking about opening up their relationship. It’s not long before they invite the “pre-orgasmic” Sofia to a “Shortbus” party to help expose her to new sexual experiences that include friendship with a female dominatrix and the use of a vibrating egg that she hilariously loses the controls for at one point.

Sex is quite literally thrust to the forefront throughout Shortbus, showcasing various acts in all of their visceral and often sticky splendor. Not once is the viewer made to feel uncomfortable or voyeuristic, though, as the trusting environment that Mitchell developed on set extends to what we see in front of the camera. By exposing us to usually intimate behavior in such a casual way, Mitchell normalizes sexuality in all its forms, whether it’s private or public, gay or straight, monogamous or polyamorous. Through this decidedly risqué window, Shortbus invites us to reevaluate what sex means to us on a personal level while providing new insight on the relationship between sexuality and mental health.

Although Sofia’s search for the “Big O” propels the narrative forward, plenty of focus is also given to the polyamorous couple who introduce her to the Shortbus parties in the first place. James seemingly opens up his relationship just to try something new, but in reality, he’s considering suicide and doesn’t want to leave his boyfriend alone after he dies. As if that wasn’t painful enough, a short film that James works on throughout Shortbus turns out to be a suicide note in the making. 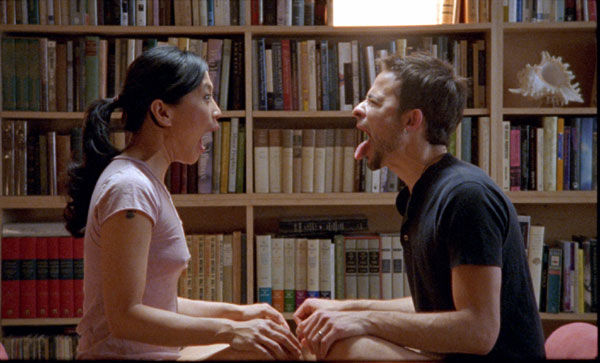 Mitchell’s script never judges these characters and he even throws in a few laughs along the way. You haven’t truly lived until you’ve heard the National Anthem sang directly into someone’s ass. Surprisingly though, a potentially creepy subplot that features a stalker called Caleb (Peter Stickles) probes deeper into what James is going through more than anything that his boyfriend or the guy that they’re sleeping with can uncover.

Despite being surrounded by love, James struggles to feel it, telling Caleb that “I see it… all around me… but it stops at my skin. I can’t let it inside. It’s always been like that. It’s always gonna be like that.” This slow reveal is far more authentic and affecting than you’d expect from such an explicitly sexual film, but that’s the genius behind Shortbus… and it doesn’t stop at personal trauma either.

Shortbus ends with a literal blackout where the various plot threads come together under the veil of darkness. In this final scene, Tony-nominated drag queen Justin Vivian Bond delivers a cathartic take on the Scott Matthew number, “In the End,” uniting each of the characters together with love and respect. No matter where they’re from, what they’re into or even how old they are, all of the characters in Shortbus are deemed worthy of love and rightly so.

Without spoiling the end, the moment where 20-something Ceth (Jay Brannan) kisses the much older Mayor of New York is beautiful, rather than unnerving, and it’s in these final moments that the depiction of sex in Shortbus reaches its life-affirming climax. Numerous references to 9/11 suggest that each character is still reeling from what happened just a few years earlier, but the communal spirit of the party lifts them all both emotionally and spiritually.

Watching Shortbus is a lot like attending a sex party in real life. You’ll meet a lot of unusual people, many of whom you might never see again, and things usually end in one explosive orgasm. Most importantly of all, you’ll leave the party with a more open mind and a better understanding of what makes people tick. As both a thoroughly modern take on sexuality and an affecting time capsule of American life post 9/11, Shortbus is as relevant as ever and deserves to be celebrated. Just don’t forget to watch out for your hymen before you give the film a spin.