The esteemed Cannes film festival kicked off today, and is getting gayednot only are we being blessed with photos of Kristen Stewart ogling Cate Blanchett in pastel power-suits, but the festival proved their newfound commitment to inclusivity with a majority-female jury.

Around this time last year, actress and activist Jessica Chastain lambasted the French festival for their lack of diversity. The redheaded actress was on the deciding jury in 2017, and proclaimed she was disturbed by how the world views women, and the ways in which that perspective translate on film. “When we include more female storytellers, we will have more of the women I recognize in my day-to-day lifeones that are proactive, have their own agencies, don’t just react to the men around them,” she said. “They have their own point of view.” 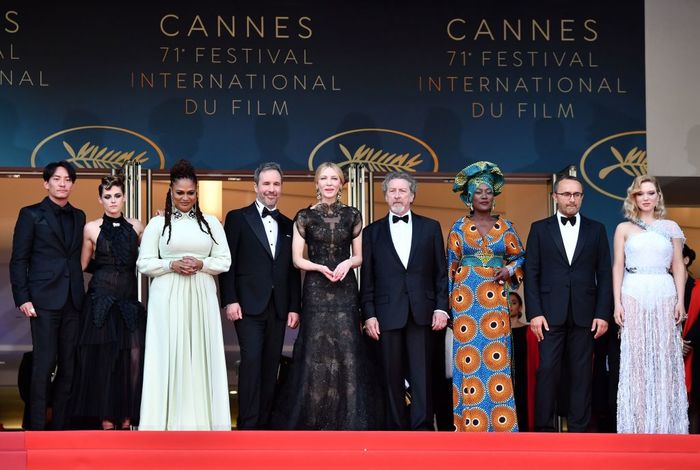 “There are several women in competition, and they’re not there because of their gender, they’re there because of the quality of their work, and we’ll be assessing them as film-makers, as we should be,” Blanchett said in an opening day press conference. Cannes was criticized in the weeks leading up to the festival for their lack of inclusion of female filmmakersonly three of this year’s 21 selected films are directed by women. However, the jury leader said change is on its way, as is evidenced by this year’s female-heavy panel.

“A few years ago there were only two [female directors],” Blanchett said. “The selection committee now has more women on board than in previous years, which will obviously change the lens through which the films are chosen. But these things are not going to happen overnight.” She elaborated, “Would I like to see more women in competition? Absolutely. Do I expect and hope that that’s going to happen in the future? I hope so. But we’re dealing with what we have this year, and our role in the next almost two weeks is to deal with what is in front of us.”

The actress also addressed the issue of equal pay in the film industry, declaring that change must happen through “specific actions” rather than “generalizations” or “pontification.” She stressed the importance of “addressing the gender gap,” as well as “addressing the racial diversity, and equality and the way that we make the work.” 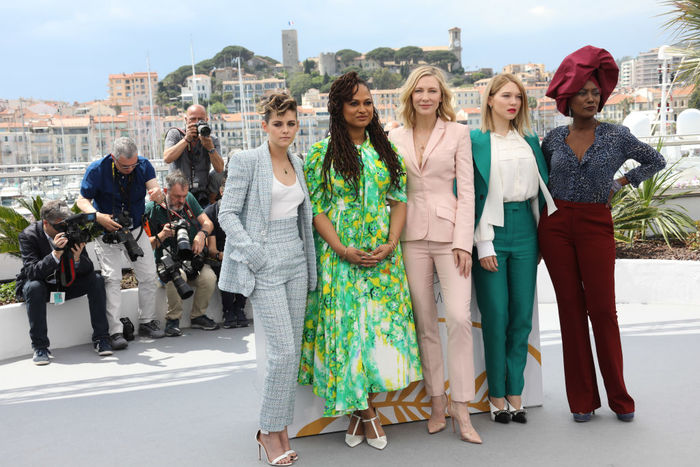 While Cate Blanchett is not the first woman to lead the Cannes jury, Kristen Stewart appears to be the festival’s first out American queer female juror. Her Cannes sisters are not only recognizable names in queer cinema, but iconic. Blanchett, of course, played the titular character in 2015’s lesbian period drama Carol, and Léa Seydoux is known for her starring role in the critically acclaimed French drama Blue is the Warmest Color.

The Cannes festival runs through May 19th. It’s good to see nominal changes being made toward inclusion at the French film festival, but to date, Jane Campion remains the only female director to win the top prize, the Palme d’Or. Hopefully, more female directors, including women of color and queer women, will get a shot next year.