Actress Amandla Stenberg just came out as gay in the coolest way: the actress was interviewed by her close friend Mikaela Straus, also known as out lesbian singer-songwriter King Princess. The duo has flaunted their friendship on social media for the past few months, and in a new interview in Wonderland, Stenberg came out in conversation with her pal.

“I was so overcome with this profound sense of relief when I realized that I’m gay—not bi, not pan, but gay—with a romantic love for women,” she told King Princess. The Everything, Everything actress outlined a series of queer moments in her life that she looks back on with a better understanding—something all queer women can relate to. 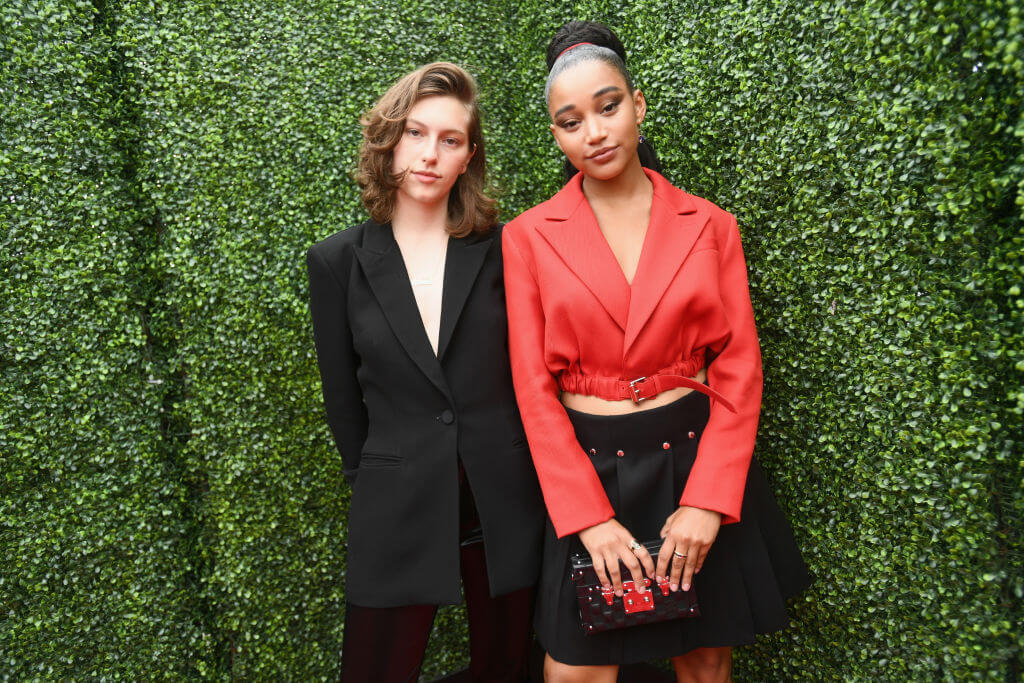 “All of the things that felt so internally contrary to my truest self were rectified as I unraveled a long web of denial and self-deprivation. Like oh, maybe there’s a reason why I kissed my best friends and felt ashamed growing up. Or watched lesbian porn and masturbated (and more) with my friends at sleepovers. Or stifled a scream of horror the first time I saw a penis and had to convince myself with much internal strife that I was enjoying what was going down. Or could only find attraction towards gay men and femme boys who damn near had the sensibility of a woman. Or developed earth-shattering, all-consuming crushes on… GIRLS!”

The actress came out as bisexual back in 2016. On Teen Vogue’s Snapchat, she made a moving speech about representation and identifying as a black bisexual woman. Now she’s adjusting her ID, which is a normal and common phenomenon for any LGBTQ-identifying person, especially those who are more fluid.

King Princess asked, “I don’t know if the people in the back heard you, are you gay?” Stenberg humorously replied, “*Insert Ellen DeGeneres’ TIME Magazine cover squat and wide smile* Yep, I’m Gay.” She shared the interview and photo shoot on Instagram, captioning the post, “OUT & PROUD,” adding, “So happy to say the words Yep, I’m Gay in print.”

The Hunger Games actress described coming out as an extremely freeing and relieving experience. She told King Princess, “I was flooded with a sense of calm and peace because everything that I struggled with or felt discomfort around finally made sense to me, and once those floodgates opened and years of pent up pain and shame were released, I found the freedom to live my best life waiting for me just underneath.”

She cited Mila Kunis as her “first lesbian crush,” thanks to her queer performance in After Sex. Amandla also listed Mirage from The Incredibles and Christina Vidal from Freaky Friday as early crushes—and, like, same.

King Princess posted her congratulations on Twitter, writing, “Look at this gay bitch I love her and I’m proud of her. Interviewing mando was an honor, she has handled coming out with a tremendous amount of grace and kept it 100% pure gak the whole time. Congrats bro.”

“I’m grateful for how being gay has afforded me this ability to experience and understand love and sex, and therefore life, in an expansive and infinite way,” Stenberg declared. Speaking on the painstaking process of breaking down stereotypes and learned hate, she added, “The continual process of unlearning heteronormativity and internalized homophobia can be difficult, but one of the biggest blessings lies in the magic that comes from having to understand love outside the confines of learned heterosexual roles. It is the power to reveal the ethereal love that exists within us underneath socialization.”

But once she unlearned those toxic ideologies, she ultimately felt free and empowered. “Once I was able to rid myself of those parameters, I found myself in a deep well of unbounded and untouchable love free from the dominion of patriarchy. My sexuality is not a byproduct of my past experiences with men, who I have loved, but rather a part of myself I was born with and love deeply.”