What’s your favorite thing to watch with the family on Christmas?

Many Americans tune in on the holiday to watch time-honored classics like It’s a Wonderful Life and A Christmas Story, which are all but playing on a loop on cable throughout the month of December. Maybe you’re the kind of person who prefers to celebrate the Yuletide with a darker choice: Die Hard, Lethal Weapon, and Batman Returns are all set around Christmastime. (Hey, even Eyes Wide Shut is technically a Christmas movie.)

But Armistead Maupin has another idea for this season: Tales of the City.

I sat down with the beloved author ahead of the Independent Lens showing ofof The Untold Tales of Armistead Maupin, a documentary about his life and career airing January 1 at 10:30PM on PBS. We discussed his beloved book series turned television show, which first debuted on PBS in 1993 before being brought back by Showtime for two additional installments in 1998 and 2001. A hallmark of queer TV, the show follows the residents of 26 Barbary Laneincluding Mary Ann Singleton (Laura Linney), a secretary who moves to San Francisco to find her destiny, and her eccentric landlady (Olympia Dukakis).

A planned Netflix reboot is reportedly set to debut in 2019.

In a condensed version of a much longer conversation, Maupin talks the upcoming documentary, his return to the small screen, the ongoing importance of LGBTQ representation, and why longtime fans seek out his work around the holidays. As he explains, the lovable misfits of Barbary Lane represent the family you createnot the one you’re born into.

You say in the documentary that your success as a writer was concurrent with you coming out sexually. How do you think your coming out influenced the way you saw the world and, thus, wrote about it?

Well, as anyone will tell you who has gone through the process, it’s a huge weight lifted off your shoulder. I was full of joy and self-discovery. I was young, living in San Francisco, and enjoying the life that I was writing about. I was surrounded by people that realized their openness as gay men and women was the best thing they had going for them. Harvey Milk felt that wayand a number of women within the city government in San Francisco and elsewhere. It made you special.

I knew I had a great thing going for me because there was this whole story going on in San Francisco that was ripe for the telling.

There’s a great passage in the film where you say that you were writing about something that wasn’t being coveredalong with a lovely little montage of gay couples. What did it mean to you to be a chronicle for LGBTQ life at a time in which queer people had so little representation?

It was thrilling because I got to provide it. Every morning I came to work and thought, “What am I going to write about today? What do they not know about?” Even something so simple as writing about the gay night at the roller rink, it was a revelation to many people.

I remember a very handsome, strapping lawyer that I knew. He said that I had betrayed him because everybody in his law office knew he went skating on Tuesday night. And now they knew why.

You accidentally outed him!

I had outed him with the roller rink.

A lot of the things that you were writing about hadn’t really been written about in literature before, like the HIV/AIDS crisis. There was also Anna Madrigal, who was one of the first transgender characters portrayed in a really affirming way. There was also Myra Breckenridge, but I would not hold that up as an example of anything, as much as I like Gore Vidal.

Myra is not gonna beat my transgender woman.

And oh God, and that movie! But how did you approach the subjects? There were so few roadmaps or blueprints for you to figure out how to do this. As a fellow writer, I’m just wondering how you got into the headspace.

I just assumed the humanity of everybody I wrote about. I used my grandmother for Anna Madrigal. I used her to create a loving, accepting, interesting woman. And then I began to educate myself about all of it. But I’ve always said, writers by nature are transgenderor they should be. Because we have to inhabit everyone’s skin and we have to do it convincingly. We have to feel them from the inside out.

So I always felt like a woman when I was writing my female characters, all of them. That’s one of the reasons that Laura Linney and I became instantly close. When she was playing Mary Ann Singleton, she was understanding the character so well that I realized she kind of understood me on a certain level. 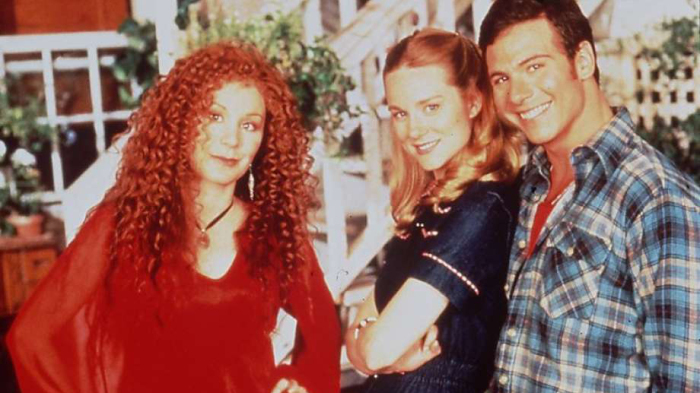 The documentary discusses the fact that you really had to push for Anna to be transgenderso much so that you had to delay gratification in finding out that information about her. Why was it important for you that Anna be trans?

Well, nobody had done it before. It would be a complete surprise to the readers because I could have a character who had once been an unhappy man who is now a very evolved woman. And I could open their eyes to that. It was an opportunity to write about something that other people hadn’t written about.

As you said, Gore Vidal did in Myra Breckinridge, but I think Anna gets credit for being the first likable, fully evolved person. The Myra fans may disagree with me.

Your writing is a Trojan horse for readers, where you sneak in certain issues or themes disguised in your very good writing. Did you look at your work that way?

I made them like characters and then oh my God, Mona’s got a girlfriend. In those days, everything was taboo in terms of what could be discussed. The newspaper had cut out a segment where I had DeDe at a women’s music festival looking at her lover’s face in the firelight and really realizing how much she means to her. The paper tried to cut that. I don’t know why. I can’t tell you why. That doesn’t make any sense anymore.

But I think that my chief aim was to show that everyone was capable of love in all sorts of different ways. And my job was to examine that.

When I introduced a trans man 10 years ago in The Tales of the City book series, my editor at Harpercollins cut out the sex scenes. They weren’t very explicit, but she said, “They make me uncomfortable, and I think they would make other people uncomfortable.” I said, “Well, that’s what I want to do. I want to make them examine why they feel that way about two people making love.”

That’s so interesting. Were there any other storylines that editors wanted cut out of your columns?

It was often just petty stuff. They would say, “You can’t say ‘shit.’” And I would say, “I said ‘shit’ last week!” “Well, that was shitkicker. That was part of a word.” You know, just completely irrational stuff. You just dealt with the whims of the editors. I wrote a column in which Michael [Tolliver] reacts to the referendum in Floridathe anti-gay Anita Bryant referendum. And Michael said, “When I came out of the closet, I nailed the door shut.” It’s as firebrand as I ever got.

I was told by someone behind the scenes that the newspaper was pulling that column. They thought it would upset some of the readership. I had to put my foot down and say, “I’m not gonna write anymore if you don’t leave that column in there.”

I won that battle. The editor called me up and said, “OK, we’re gonna do it.” As a gay man who was out and comfortable with himself, I was always about five steps ahead of everyone else I worked with at the newspaper. I had to just be patient and wait for them to catch up. 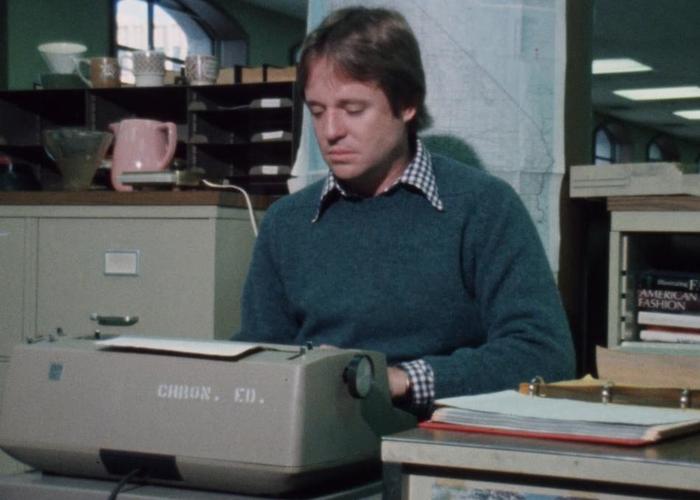 Tales from the City is headed to Netflix with a planned revival, which will debut at a different time from either the original novel or the television series. What do you hope that your work will offer to a new generation of LGBTQ people?

AM: It’s a chance to see themselves and their own lives reflected. The new series will be very much set in the here and now, with a much more diverse cast than I originally created. And the single word I come back to with Tales of the City and how people respond to it is that it celebrates decency. People in these stories are pretty nice people. They are trying to be decent. They’re trying to be good people. And there’s not a lot of meanness in Tales of the City. I hope there won’t be in the [Netflix] miniseries, per se.

I like for viewers to be able to watch something that lifts their hearts, makes them happy to be members of the human race. I’ve worked with a lot of people recently, and they say they watch the old miniseries at Christmas because it gives them that experience. It takes their mind off of the Orange Orangutan.

So much of the show is based around family that I think at the holidays, this idea as you describe in your work of a “logical family” really resonates with people. I was telling my partner the other day that I hate Christmas movies because I feel like that dynamic was never my experience.

But watching Tales of the City well, that seems like a great thing to do on Christmas.

Some of my favorite Christmas movies don’t mention Christmas. Hedwig and the Angry Inch is something I love to watch during the holidays. You can actually notice on television that some shows are clearly chosen because they have a certain quality, even though they’re not about Christmas. And God knows, you want to slit your wrists if you watch the Hallmark Channel.

My sister and I were talking about it because I was confessing that I had watched a few of those. And it’s very I wouldn’t say addictive, but it does give you this sense of “all is right with the world” when every frame of the movie has Christmas decorations in it. And every single frame of those movies has some sort of Christmas decorations in it.

I think it’s probably doing some good. I think watching the stories and people are getting their minds off the deterioration of the country when a lot more people are watching that channel than ever.

It provides people a sense of comfort. I think people find comfort in lots of different ways, whether that’s the Hallmark Channel or reading your books or watching your show. It feels like home.

Note: This transcript has been edited for clarity.