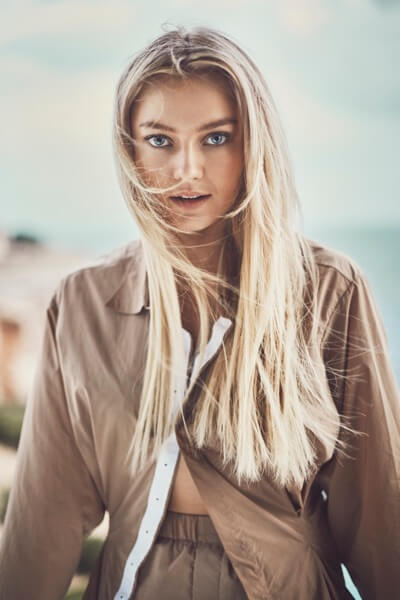 In the great tradition of ABBA, Robyn, and newcomers MØ and Zara Larsson, Norwegian-born Astrid S is proving that, when it comes to pop music, Scandinavia does it best.

Making her debut at just 16 years old after appearing on Norway’s iteration of the Idol franchise, Astrid — who is now 20 years old — has slowly been building up a collection of songs that explore the shadowy undergrowth of relationships. From the brooding and lustful yearning on debut track “2AM”, to the angst-ridden “Hurts So Good,” and finally the self-conscious “Hyde,” the singer taps into that shade of gray where melancholia and euphoria meet.

However, it’s Astrid S’s two latest songs, “Breathe” and “Bloodstream,” that’ll make you sit up and pay attention. On the former, she explores the joys and dangers of an all-consuming infatuation. She uses sparse production with breathless vocal delivery. Meanwhile, “Bloodstream,” a sort of sequel, explores the moment that infatuation explodes as you’re left seeing shards of that other person everywhere you go.

Ahead of the release of her upcoming EP, we caught up with Astrid S to talk joining the army, dropping out of school, talent shows, and exactly why Scandinavians make the best pop music.

Is it true that when you were little, you never pictured yourself being a pop star?

I think when I was six or seven I wanted to be Britney Spears or Hannah Montana. But then when I got to 12, I didn’t really want to do music. I just think I was stubborn because everyone expected it of me. When I went to high school, I did soccer for a while; I was very serious about that. I had a plan: I wanted to go into the Norwegian army—

Yes [laughs]. I had this crazy plan when I was 15. And then I discovered John Mayer. That’s when I bought a guitar, and I started writing. I then signed up forIdol, and everything changed.

Shows like Idol can be difficult to navigate – how did you find it?

I think it depends on what you make out of it. For me, it was just a fun thing. I had always watched it when I was little. It was a comeback season when I turned 16, and I just thought I had to try it out. But if you’re in a show like that, you’re invested, and if you make sure you’re in charge of what songs you do and what you wear, I think you’re going to be alright. 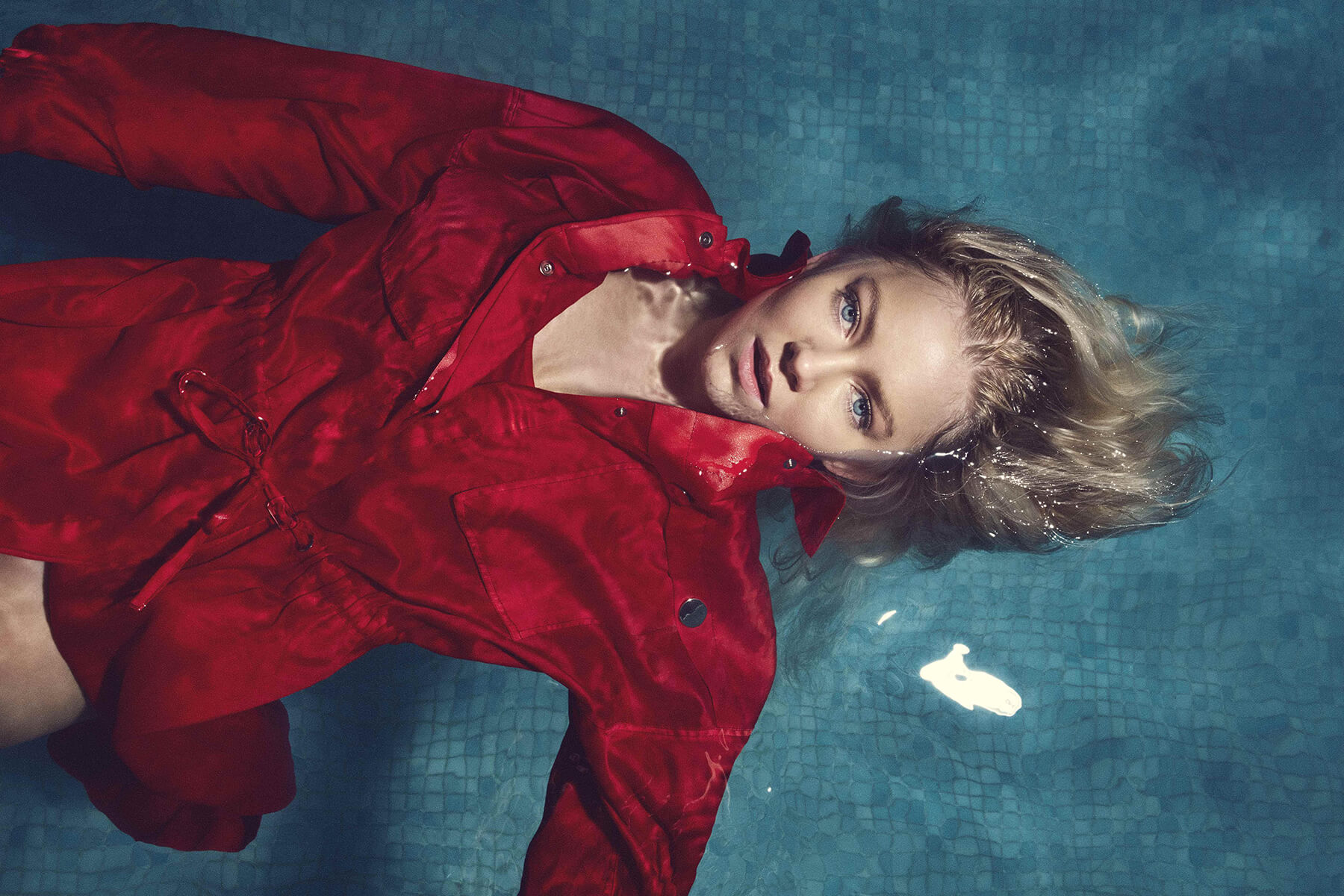 How did you adjust back to normal life?

I went back to high school right after, but by that time I had a manager and I had a publishing deal, so I was writing. I had a break from being in the public eye, and I just spent time writing to find out what kind of songwriter I was, and what I would like to sound like as an artist; I think that was a really good time for me. I enjoyed the quiet and the time to finish school.

You didn’t finish school though, did you?

What did your parents make of that?

They were really supportive! I remember I suggested it to them originally about moving to Oslo — I’m from a small village — and at first, they were like, “No, that’s not going to happen.” I was okay with that because I expected that answer, but then I remember coming home one day, they had talked about it, and they really wanted me to do it. They basically threw me out the house and sent me to Oslo.

You just put out “Bloodstream,” and it’s pretty epic. What was the inspiration for the song?

That songwriting session was the coolest session that I’ve had. We wrote two songs, and the idea was always to put them together. So “Bloodstream” was actually, in the beginning, two different songs. I remember I played an Ariana Grande song fromDangerous Woman, “Forever Boy,” and there was synth sound that I really liked. The producers made something similar, and it really inspired me.

The video gives the impression that it’s about a dangerous relationship, but then some of the lyrics are quite sweet and tender.

It’s a very vulnerable song, too. It’s just about how everything you experience with a boyfriend, or someone you love, transforms into that person once that relationship breaks down. It’s bittersweet.

Music from Scandinavia really captures that darkness well. Why do you think that is?

I remember listening to music on the radio when I was younger, and it was always American and British music. I remember just listening to the melodies and the production, and I think that’s why we’re so melody driven now. It’s really nice when you make a song in the studio and try to capture the feeling of what the melody is telling you or what the production is telling you. I like it when it speaks together. In my experience, I’ll be in the studio with Scandinavians, and we’ll listen to a pop song, or make a happy track, and we try and write something, lyrically, that has an undertone of sadness to it.

Don’t you get self-conscious about exposing yourself like that emotionally?

Of course, but that’s the nice thing about it, too. That’s what makes me human, and I think [when I play live] people like to see that on stage. If I feel nervous about something, then I’ll just tell the audience.

The way that people consume music is constantly changing, and in Scandinavia streaming is the most popular way that people engage. Does that put you off making a full album?

I would love to make an album. I remember growing up and collecting albums, just listening to them on repeat. I just have to find the time — I don’t want to make an album just for the sake of it. I think it should be with someone I love working with, and we should lock up in a cabin and make amazing music. I’m not rushing anything, but I’m definitely going to make one.

But you must be recording all the time?

It’s crazy, I probably have between 100 and 200 demos in my Dropbox. But I really feel like the more I write, the better writer I become. And the more people I work with, the more likely I’ll find that one producer I feel like gets my sound and find those people I want to make an album with. It’s weird, I feel like every tenth song I write is a good one. And then every 10th good one is a great song. Those are the songs I want to get.

I guess. Then again, there are artists that don’t do a lot of sessions or don’t spend a lot of time in the studio. They’ll write 20 songs and 15 of them are great. I just think it’s whatever works for you. I have to write a lot and work with different people to keep it going. 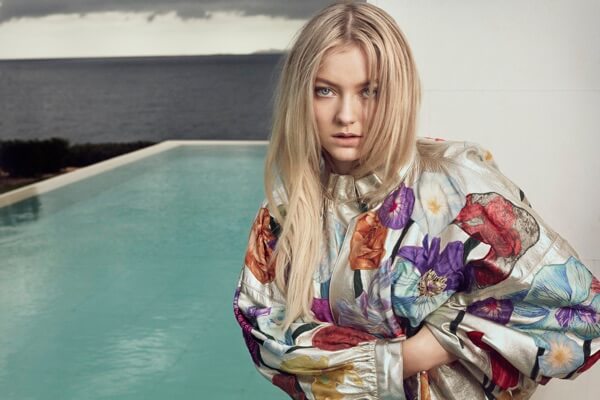