2018 continues to prove itself as #20GayTeen, just as gay oracle Hayley Kiyoko predicted. Today, The CW announced a Batwoman series that’s in the works at the network, and it’s already gayer than I ever could’ve hoped for.

The network will team up once again with DC Comics and Greg Berlanti, the Love, Simon director and out prolific producer behind The CW’s current hit DC shows (Arrow, The Flash, Supergirl).

The new winged character will be introduced in December in the network’s annual DC small-screen crossover event. According to The Hollywood Reporter, the show will follow “Kate Kane, who, armed with a passion for social justice and flair for speaking her mind, soars onto the streets of Gotham as Batwoman, an out lesbian and highly trained street fighter primed to snuff out the failing city’s criminal resurgence.” But of course, as superheroes do, Kane will have to conquer her “own demons” before inevitably rising as Gotham’s “symbol of hope.”

Batwoman is a canonically lesbian character, so it’s incredible to see that The CW will honor her queerness. Back in 2016, DC announced its solo Batwoman series at New York Comic Con, and publisher Dan DiDio said it was important for them to include Kane’s sexuality in the comic books, as she’s always been gay. 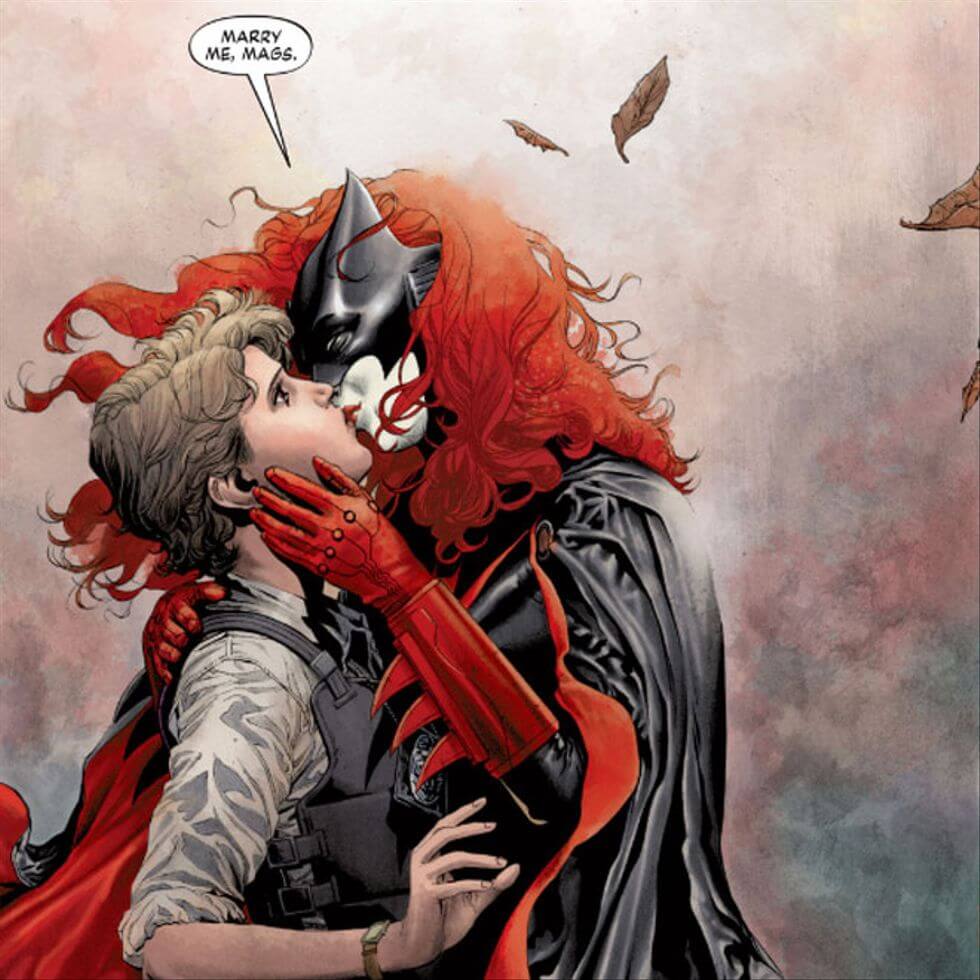 But wait, there’s more! Not only will Batwoman be too gay to function, but it’ll also be helmed by a queer woman. Caroline Dries, the executive producer behind The Vampire Diaries, is set to pen the script and will executive produce the new CW drama alongside Sarah Schechter and Geoff Johns. Too often, queer and lesbian narratives are given to male writers–which can totally work–but it’s heartening to see a female perspective being tackled by, you know, a female.

The CW has made major moves in inclusivity when it comes to LGBTQ storylines. Many of its shows, including some on the DC lineup, feature queer lead characters, like Supergirl’s Alex Danvers, Riverdale’s Cheryl Blossom, and The 100’s Clarke Griffin. This past year, GLAAD’s Where We Are on TV report showed that The CW was the most inclusive broadcast network in the 2017 – 2018 season with the highest number of LGBTQ series regulars or recurring roles.

The titular Batwoman role has yet to be cast, but December will mark her first ever on-screen appearance in any live-action form.