Gus Van Sant’s Don’t Worry, He Won’t Get Far on Foot is largely about the controversial cartoonist John Callahan (played by Joaquin Phoenix), but the ensemble cast offers the film some charming optimism. A long-time alcoholic who becomes quadriplegic after surviving a life-threatening car accident, Callahan struggles to start a life free of the bottle, latching onto his sponsor (Jonah Hill) and regular AA group, which is made up of recognizable faces like Kim Gordon, Mark Webber, Udo Kier, and former Gossip frontwoman, now solo artist, Beth Ditto in her big screen debut.

Adapted from Callahan’s memoir of the same name, Don’t Worry expands the role of Beth Ditto’s Reba, who is only mentioned briefly in the book. Reba’s presence in Callahan’s life isn’t fleeting — on the page, he describes her as “an old Irishwoman … broad-shouldered, with owl glasses, a tiny pert mouth, and alert eyes, which darted back and forth. She reminded me of an old nun” …. and “had the finesse of a drill sergeant.” In the film, Reba is the first person to laugh at Callahan’s excuses for his addiction; she’s the one to point out that everyone has painful pasts and presents. Sob stories won’t get anyone sober, and Reba, who died from heart cancer not long after meeting Callahan, has no time to suffer fools.

“I think that was kind of her role in his life,” Ditto tells INTO. “I think she was also somebody who was kind of an antagonist. [She] called him on his bullshit, but he really loved her for it. So, I just wanted to be that kind of person in the movie, too.” 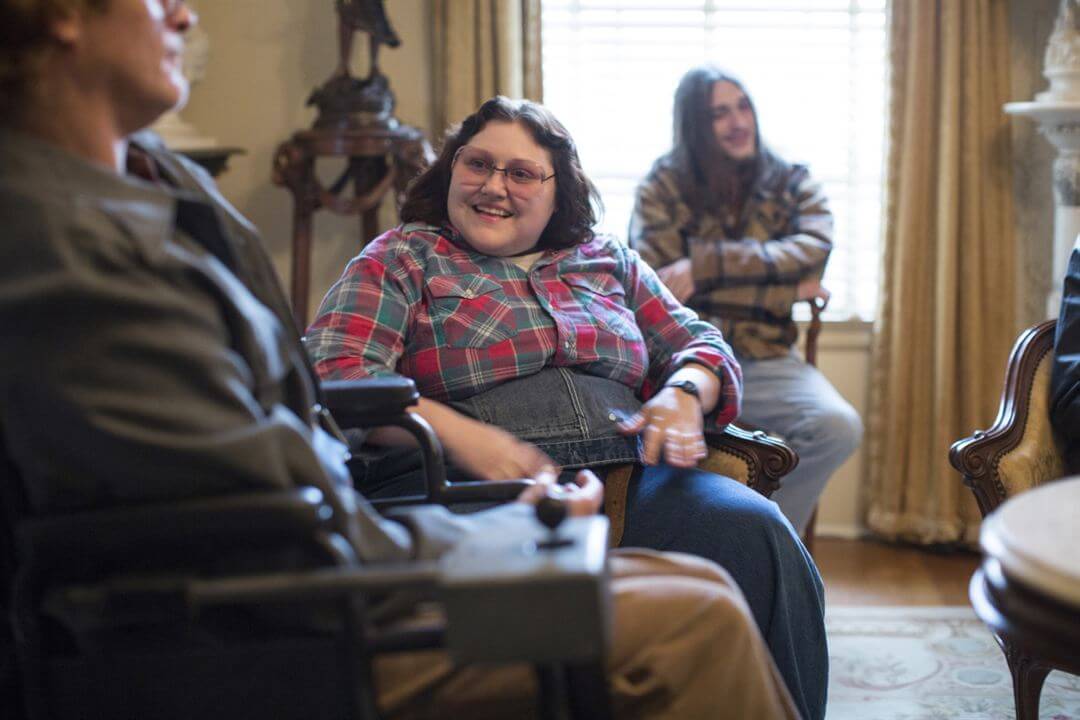 Ditto gave Reba a Southern drawl and a butch swagger, drawing from her family members who still reside in her home state of Arkansas. Having moved to the Pacific Northwest 20 years ago to first pursue her music career, Ditto, like Van Sant, now lives in Portland, which is where a large part of Don’t Worry was shot.

“When they asked me to try out to be Reba, I felt like I already knew her because she reminded me of my aunt, and a little bit of my mother, too,” Ditto says. The role wasn’t too much of a stretch for the musician/newly minted movie star, which made it easy for her to acclimate despite the immense pressure of a star-powered film which, incidentally, premiered at this year’s Sundance Film Festival.

Ditto says she watched the premiere through her fingers “like it was a scary movie.”

“I never do that. I don’t,” she says of watching herself. “I hate being in the room when I have to sit there and it’s just torture. I haven’t been comfortable, even watching videos that [the Gossip] made. It’s just impossible. It’s very uncomfortable. I don’t know how people do it.”‘ 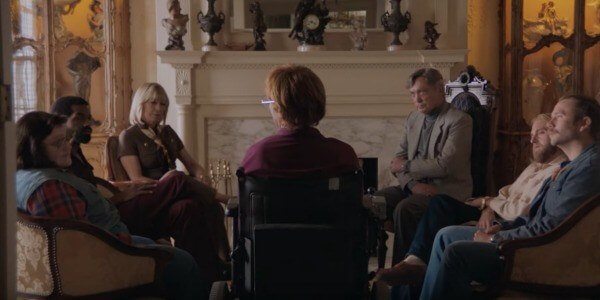 She praises her co-stars, though, and says she was both “lucky and thankful” she wasn’t in more of the film (“so I could still enjoy the movie and watch everyone else”). She says she thought Hill, in his first gay role, was fantastic, and that she was especially impressed by Tony Greenhand, who plays Callahan’s handler. “He’s never acted before and he was fantastic,” she says. “I mean, he blew my mind. He’s somebody I think they just found on the internet. He, like, rolls joints for a living. Like really elaborate joints!”

Ditto was less star struck by the Oscar nominees she performed alongside than she was by Kim Gordon, who plays a frustrated housewife.

“She’s such an icon and she’s such a living legend, you know?” she says. “And she’s definitely so important for me and my friends, so that was the most nerve-wracking. She’s such a brilliant woman; an artist and creator, so it felt like that was really intimidating.”

At 37, Ditto has become a fixture of music and fashion, a pop culture icon who moved from DIY gospel punk to major label electro-soul pop while maintaining her subversive outsider angle. She is friendly with both the queers and riot grrrls of the new era, as well as folks like Karl Lagerfeld and Kate Moss. Just before our call, it was announced she would be touring arenas with Sam Smith this August and September.

“I don’t get that intimidated by people that easily,” Ditto says.  “Mostly only really stoic women, like Grace Jones.”

But what the animated artist loved about getting the chance to act alongside Phoenix, Hill, and Gordon, among others, was the chance to see them work up close.

“I like to think about what they do that is so impressive to me,” she says, “and I think really what it was was watching them.  Like watching everybody act and thinking it was so fantastic — and then all of a sudden you were forgetting that you were acting, too. Like I didn’t want to sit upright or be prim and proper [for Reba], so I would just be like a slouchy. But [Gus] caught all the moments where I was just like resting face, ‘Southern face,’ I call it; like ‘Southern frown.'” 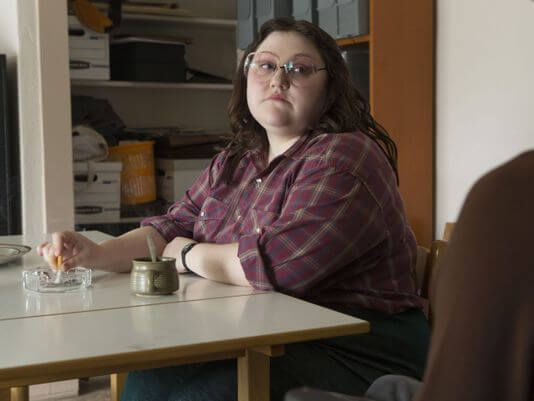 Ditto says she’s now working with Jonah Hill’s agent, and that she’s not sure about her future in acting, but she’s interested in learning more about the craft. A small role in Tom Ford’s Nocturnal Animals ended up getting cut, but Ditto says working with the designer-turned-filmmaker was “a gorgeous and beautiful experience.”

“My approach to [acting] was ‘Oh shit, here we go,'” she says. “But I definitely learned more about being comfortable with myself.  It didn’t hurt my feelings because it’s something I take seriously so I don’t really expect a lot because I’m not seasoned. I haven’t really been approached. I just keep thinking something probably on this level will never happen again and that’s fine. I feel totally fine with that because I’ve had such a good experience doing this and it makes me feel very warm in my heart, so I can’t really complain. If this is my last time ever doing this, that’s OK.”

After the Sam Smith tour ends this fall, Ditto says she would love to dedicate more time to fashion, specifically as a consultant.

“Not really a designer, because that’s not the fun part for me, but putting it all together and giving input and being on a team sounds really fun,” she says, joking that it also sounds “corporate.” (Ditto has worked with major brands as well as creating her own eponymous line.)

And then maybe something else also completely new for her. Becuase if there’s anything Ditto’s up for, it’s a challenge.

“My whole adult life had been like just incredible and amazing and free,” she says.  “Another thing I’d like to try is being a mom. I think that sounds really fun.”

Don’t Worry, He Won’t Get Far on Foot is in theaters now.