Queer cinema is inherently political by its very nature, defying the heteronormative status quo by virtue of its very existence. However, LGBTQ documentaries are arguably even more potent than their fictional counterparts, shining a much-needed light on the history of the queer community.

Intolerance for those whose sexual orientation deviates from the “norm” directly affects legislation and therefore the way that LGBTQ people are treated in an official capacity.

By teaching straight and queer audiences alike about the hidden stories that characterize our struggle against discrimination, LGBTQ documentaries have become the queer history books that high schools so sorely need. From the earliest days of the Gay Liberation Front to the international fight for acceptance that continues today, the following recommendations represent a timely blueprint that could inspire real change later down the line. 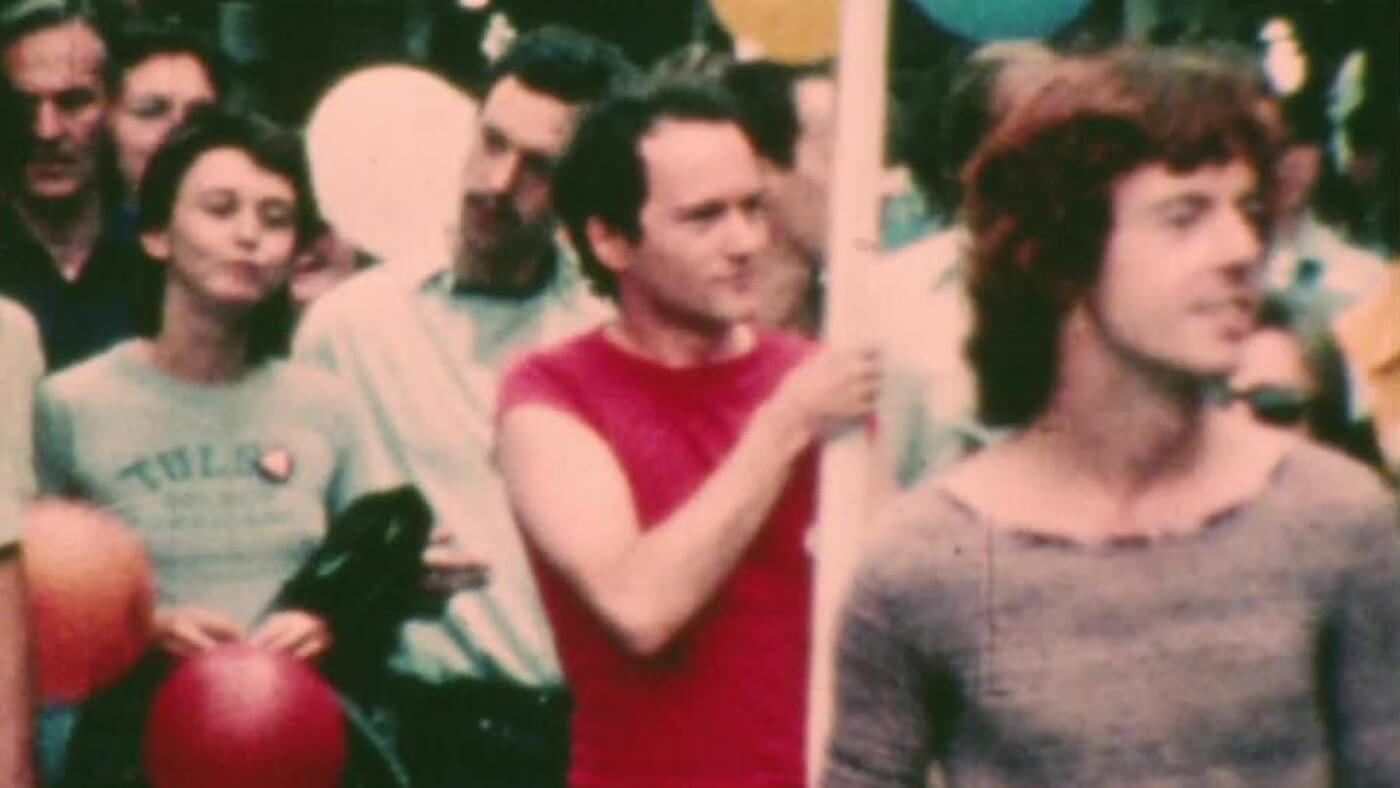 Rediscovered in an attic 40 years after it was first made, David is Homosexual was created by amateur filmmakers who wanted to support the campaign for equal age of consent. With a Super 8 camera, Wilfred Avery made the film on the tightest of budgets, but candid footage of the marches in South London still impresses, even today. 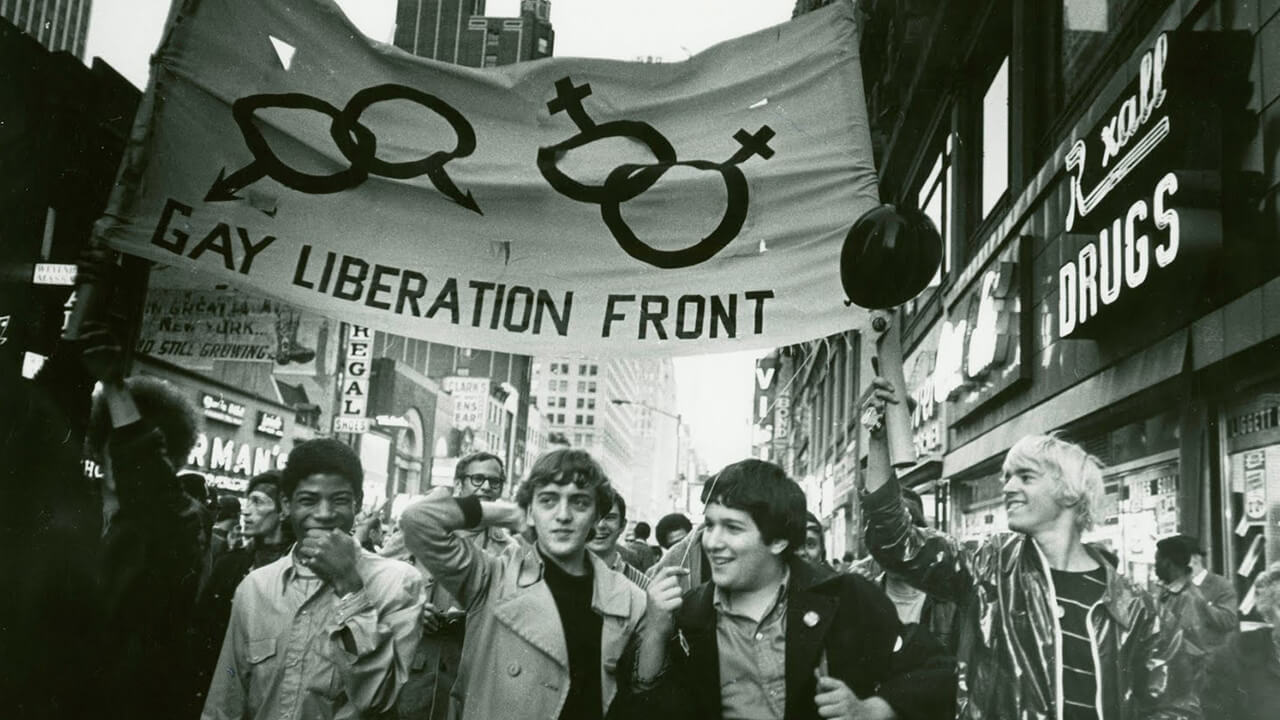 Although the Stonewall Riots of 1969 represent a watershed moment in the campaign for gay rights, focusing solely on this momentous occasion can detract from the hard work that protesters undertook long before this. In this Emmy-winning documentary, director Greta Schiller charts the persecution of queer people from the ’20s up until the historic riots, showcasing the work of activists who made such progress possible. 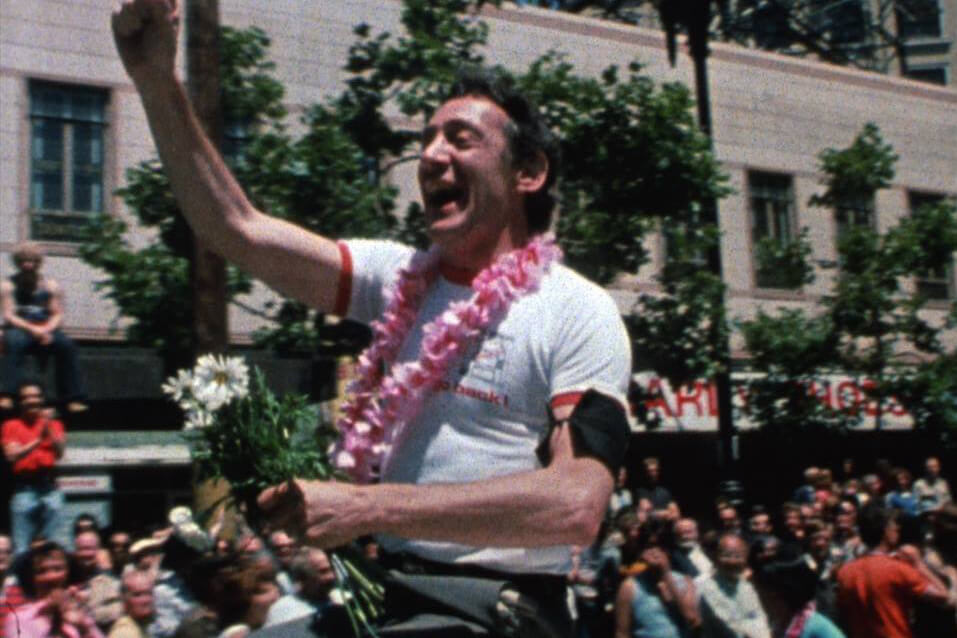 Six years after Harvey Milk was gunned down, director Rob Epstein won the Oscar for Best Documentary Feature with his tribute to the first openly gay elected official in the U.S. Sean Penn later won an Oscar too for playing Milk in a biopic based on his life, but what’s most remarkable about this documentary is how it crossed over to the mainstream, inspiring a slew of LGBTQ documentaries in its wake.

Common Threads: Stories from the Quilt (1989) 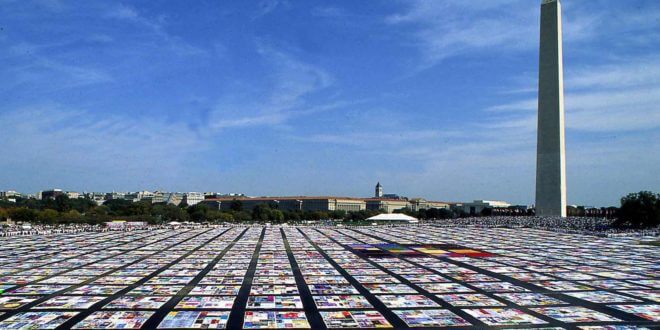 Comprised of five individual stories, this collective elegy drew on the talents of Times of Harvey Milk director Rob Epstein and Celluloid Closet director Jeffrey Friedman to reveal the impact of AIDS at its most personal and devastating. Created at a time when the general public was grotesquely misinformed about the realities of the virus, Common Threads helped remind those who saw it that all people are ultimately cut from the same cloth. 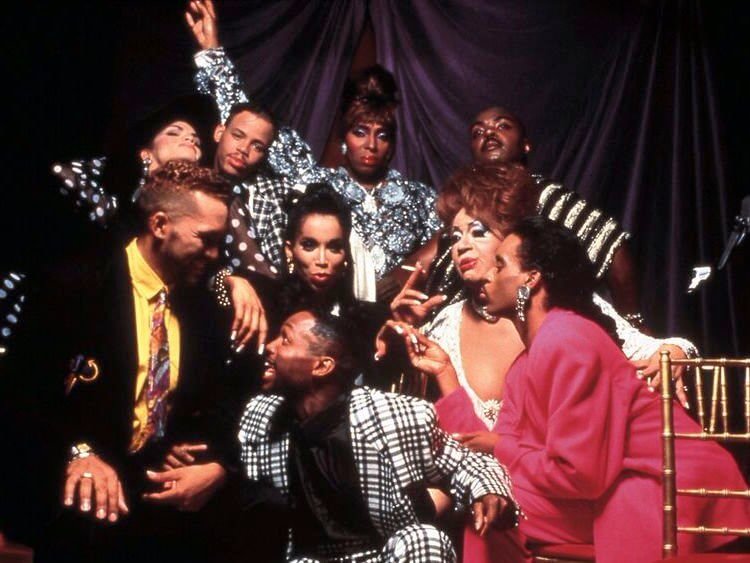 Long before Pose and RuPaul’s Drag Race drew inspiration from the drag ball culture of NYC, director Jennie Livingston chronicled the scene over the course of six years, interviewing the mostly Black and Latino queers who competed to achieve “legendary” status. Few other documentaries have brought the herstory of LGBTQ culture to life quite like this one. 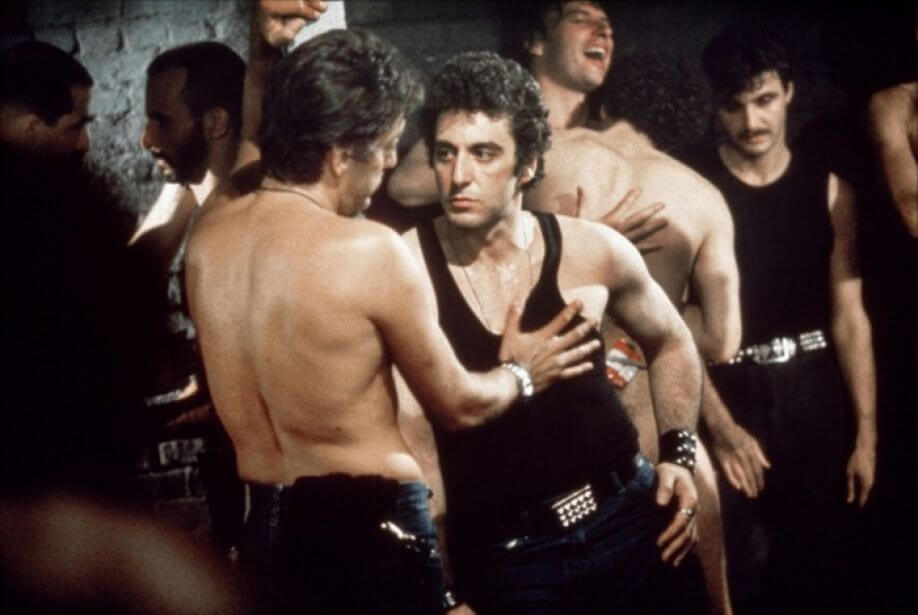 The gay sissy. The bisexual vamp. The trans serial killer. For decades, Hollywood actively reinforced these dangerous stereotypes, so it’s only fitting that these tropes are deconstructed on film too. Narrated by Lily Tomlin, The Celluloid Closet blows these tropes wide apart while also highlighting the “coded” gay roles that queer audiences enjoyed during the era of censorship. 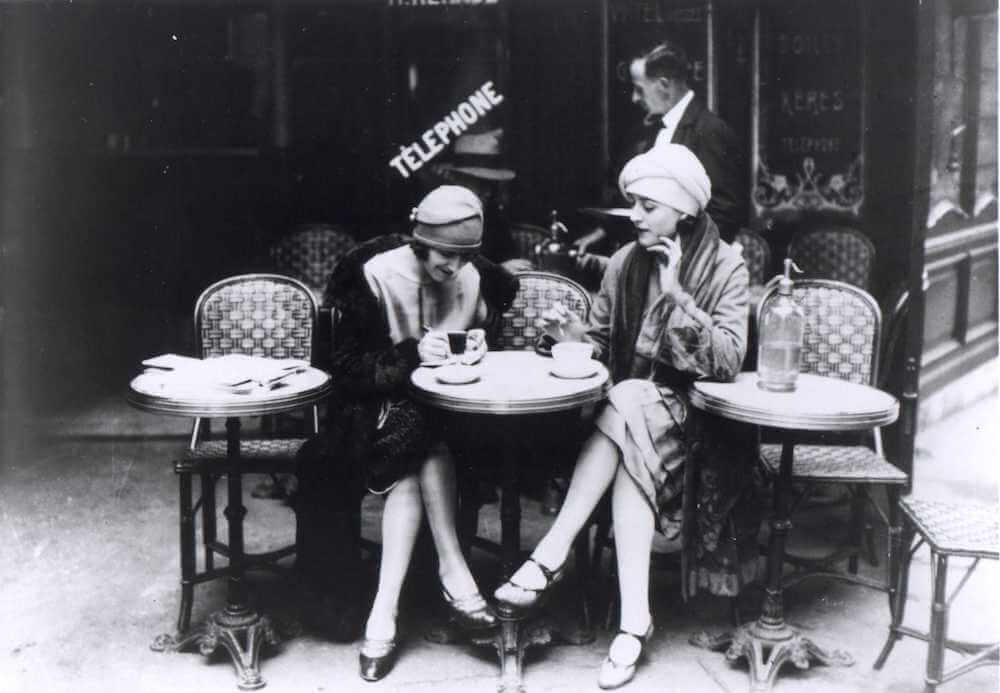 Twelve years after she directed Before Stonewall, Greta Schiller turned her eye to the community of lesbian creatives who flocked to Paris in the ’20s. Far too often, cinema ignores or underplays the ‘L’ in ‘LGBT’, so it’s vital that the history of queer women is preserved too. 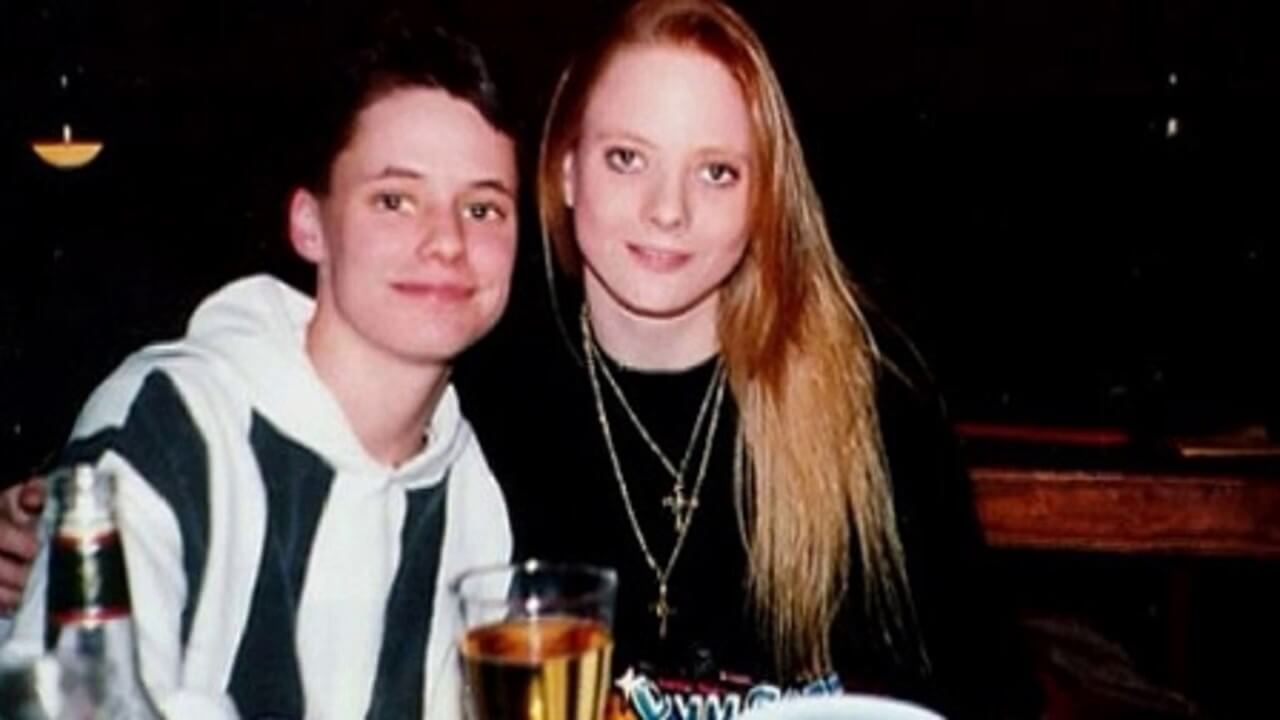 The brutal rape and murder of transgender man Brandon Teena inspired the Oscar-winning movie Boys Don’t Cry. More importantly than that though, the aftermath of his death also helped inspire people to campaign for hate crime laws that could prevent other trans people from meeting the same fate. 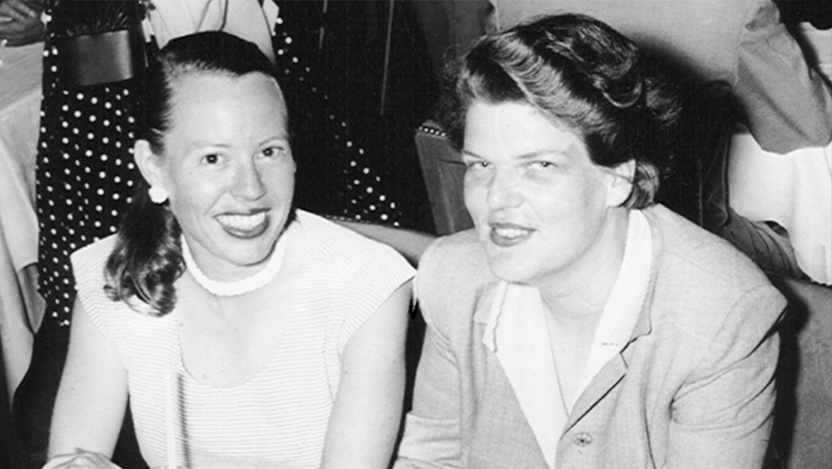 The achievements of activist couple Del Martin and Phyllis Lyon are staggering, so it’s surprising that relatively few movies have touched upon their lives. This documentary is a great place to start though, exploring how they created the first lesbian magazine in the States and fought for homosexuality to no longer be categorized as a mental disorder. 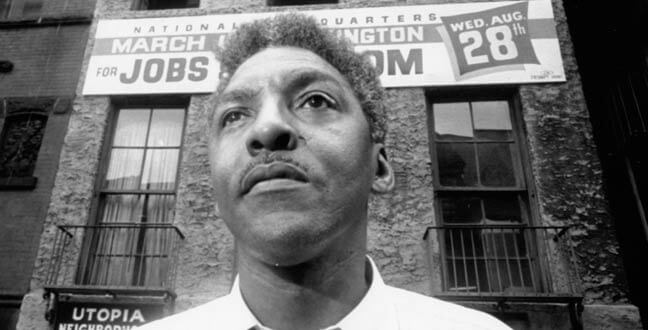 In his lifetime, Bayard Rustin’s ongoing fight for civil rights was sometimes overlooked by the general public, so it’s gratifying to see his story told here. In particular, it’s astonishing to see that an openly gay African American man played such a vital role in the politics of ’60s America, even advising Dr. Martin Luther King, Jr. 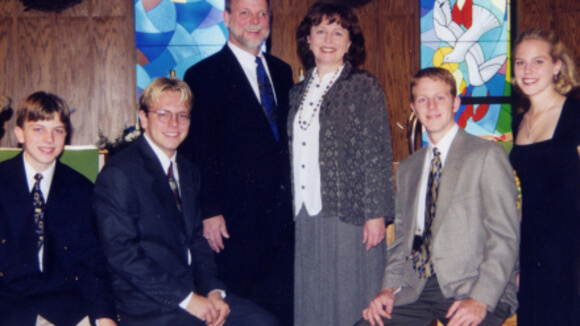 The problematic intersection of Christianity and homosexuality is shoved into the limelight here as director Daniel Karslake follows five religious families who are forced to come to terms with raising a gay child. Such conflict is still apparent today, but few films have confronted the topic with such a uniquely personal approach. 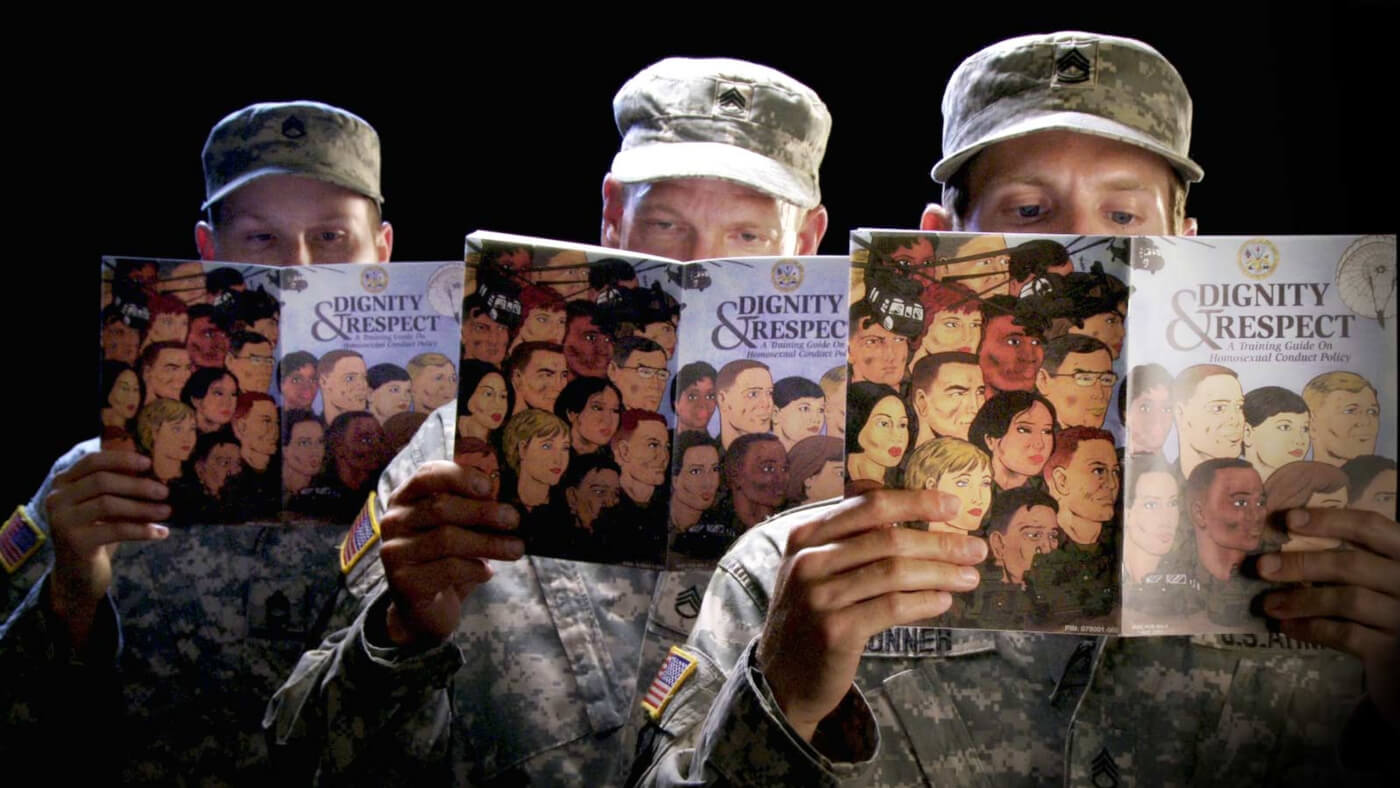 Fenton Bailey and Randy Barbato’s HBO documentary examines the circumstances that surrounded the Don’t Ask, Don’t Tell policy and its subsequent repeal. The Strange History of Don’t Ask, Don’t Tell is especially relevant now given that Trump hopes to ban trans people from serving in the U.S. military. 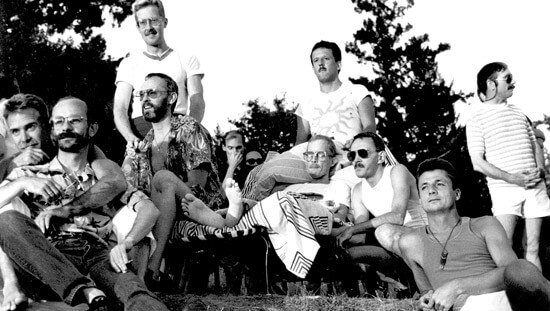 It wasn’t too long ago that the gay community lost many thousands of people to the AIDS epidemic, so it’s vital that we bear witness and remember what happened through movies like We Were Here, which explores the impact of the “Gay Plague” in San Francisco, one of the cities most affected in the outbreak. 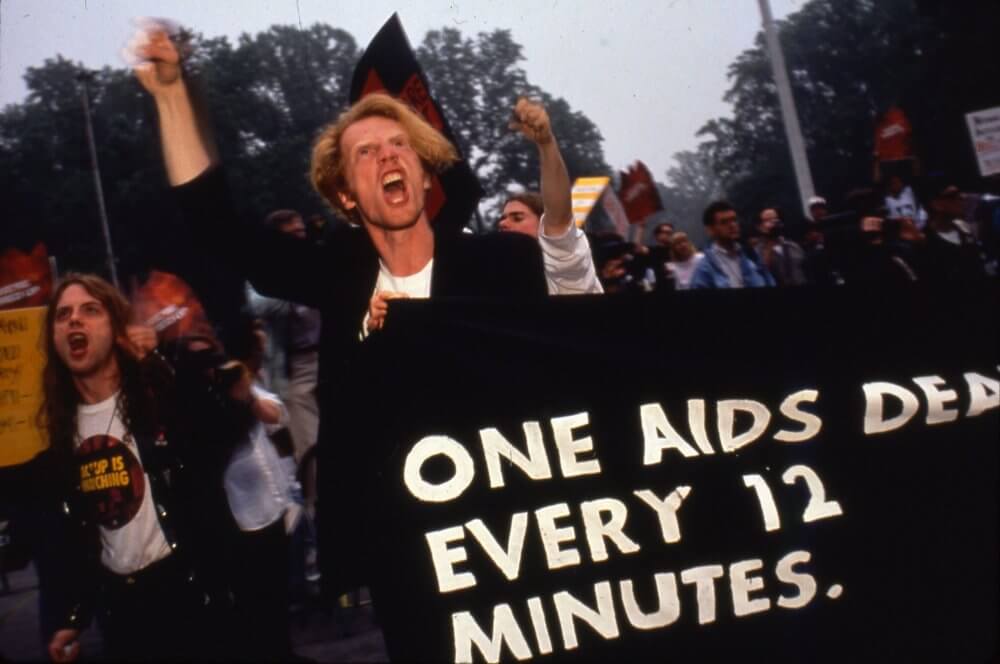 Nominated for Best Documentary Feature at the Oscars, How to Survive a Plague pays tribute to the extraordinary men and women who joined the AIDS group ACT UP and fought for the United States government to fund affordable and effective HIV medication. Drawing from more than 700 hours of archival footage, director David France crafts a powerful narrative of true heroism that still impacts the LGBTQ community today. 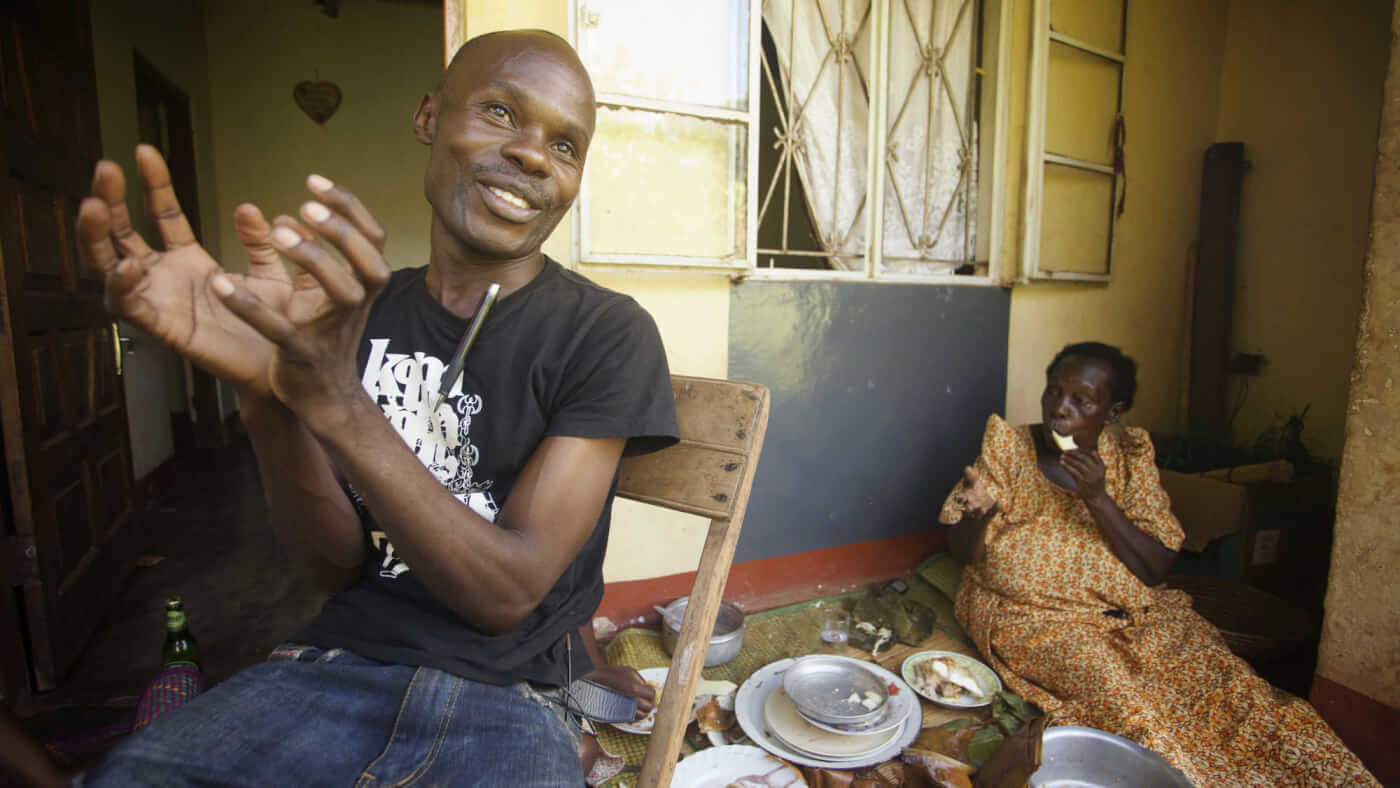 The struggle for LGBTQ rights has been a long and painful process in the States, but for many other countries, these issues aren’t just chapters of history. They’re painfully relevant right now. One of the best queer documentaries to emerge from world cinema in recent years is Call Me Kuchu, which pays tribute to David Kato, a Ugandan civil rights advocate who was brutally murdered in 2011. 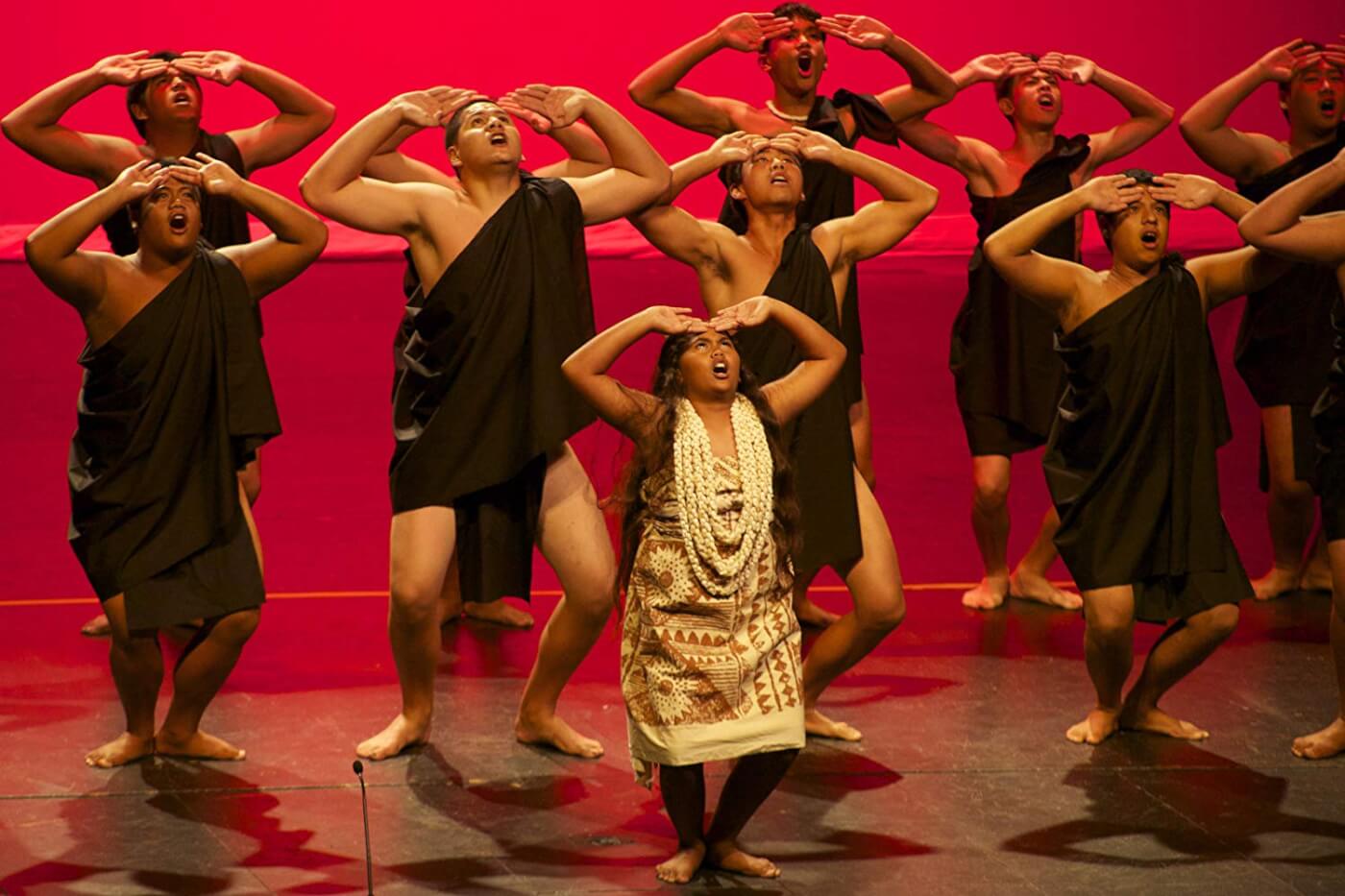 In mahu culture, there are many indigenous Hawaiians who identify as a third gender. The documentary Kumu Hina introduces audiences to this rarely seen world, exploring how gender norms can be subverted in unexpected and yet no less inspiring ways.

The anti-marriage equality bill, Proposition 8, threatened to undermine the powerful work that so many members of the LGBTQ community had fought for previously in California and the States as a whole. This is the story of attorneys Ted Olson and David Boies, who helped challenge this legislation alongside their dedicated plaintiffs. 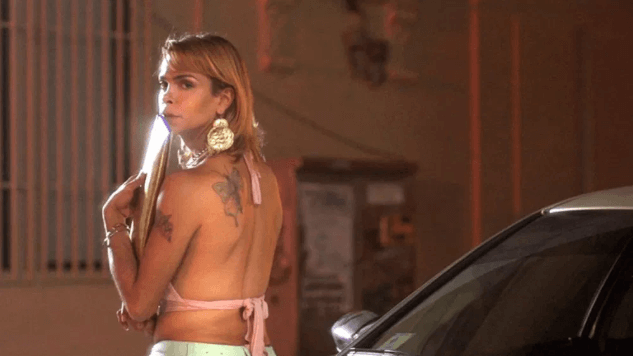 Directed by Antonio Santini and Dan Sickles, Mala Mala showcases various members of the transgender community in Puerto Rico, including RuPaul’s Drag Race alum April Carrion. Through their stories, the film explores the historic impact of Law 238-2014, which prevented employers from discriminating against people based on their sexual orientation or gender identity. 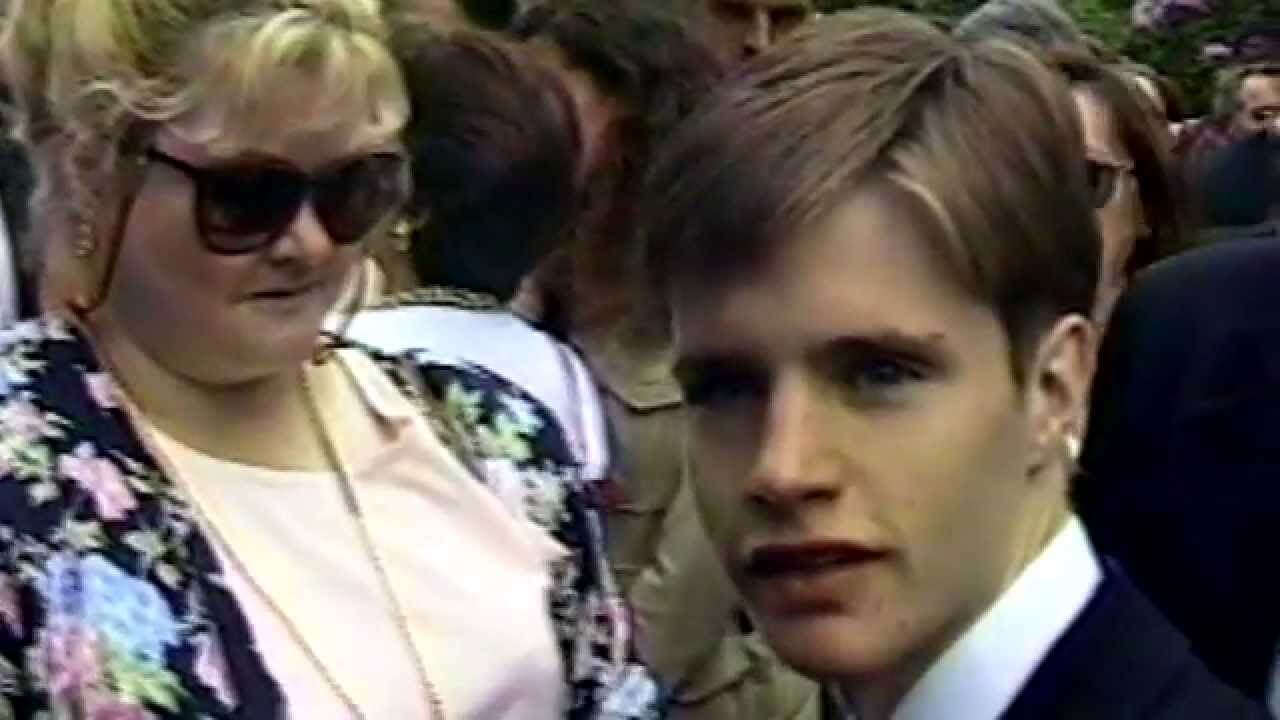 A harrowing and tragic watch from start to finish, Matt Shepard Is A Friend Of Mine looks back at that fateful day when the entire LGBTQ community was reminded that violence can enter our lives at any time, no matter who we are or where we live. Told from the perspective of Matt’s close friend, Michele Josue, the film is also uplifting in the way that it follows the subsequent impact that Shepard’s death had on laws in the States. 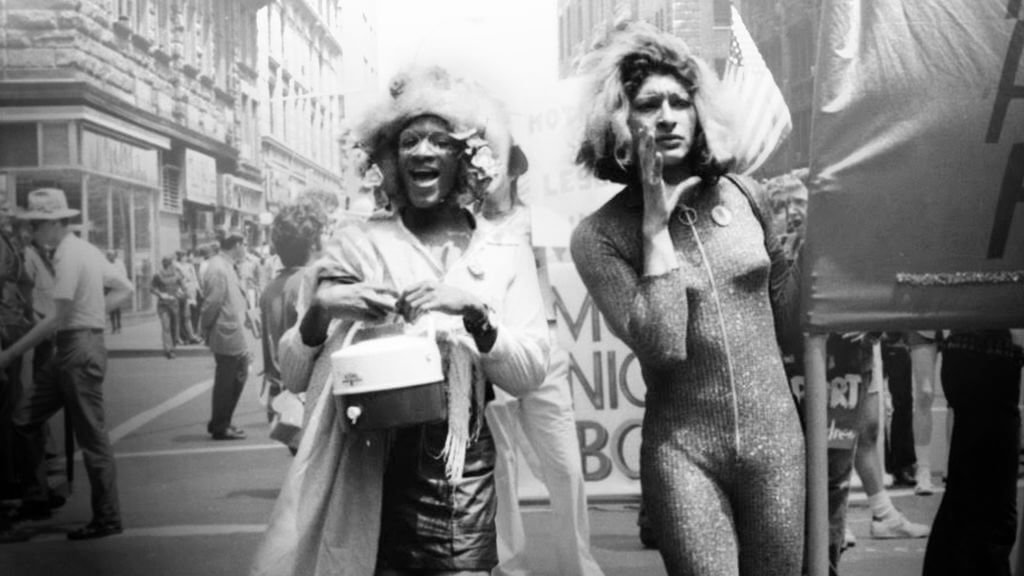 Director David France followed up the success of How to Survive a Plague with this Netflix feature that follows a transgender activist called Victoria Cruz on her quest to find out what really happened to the queer rights pioneer, Marsha P. Johnson. 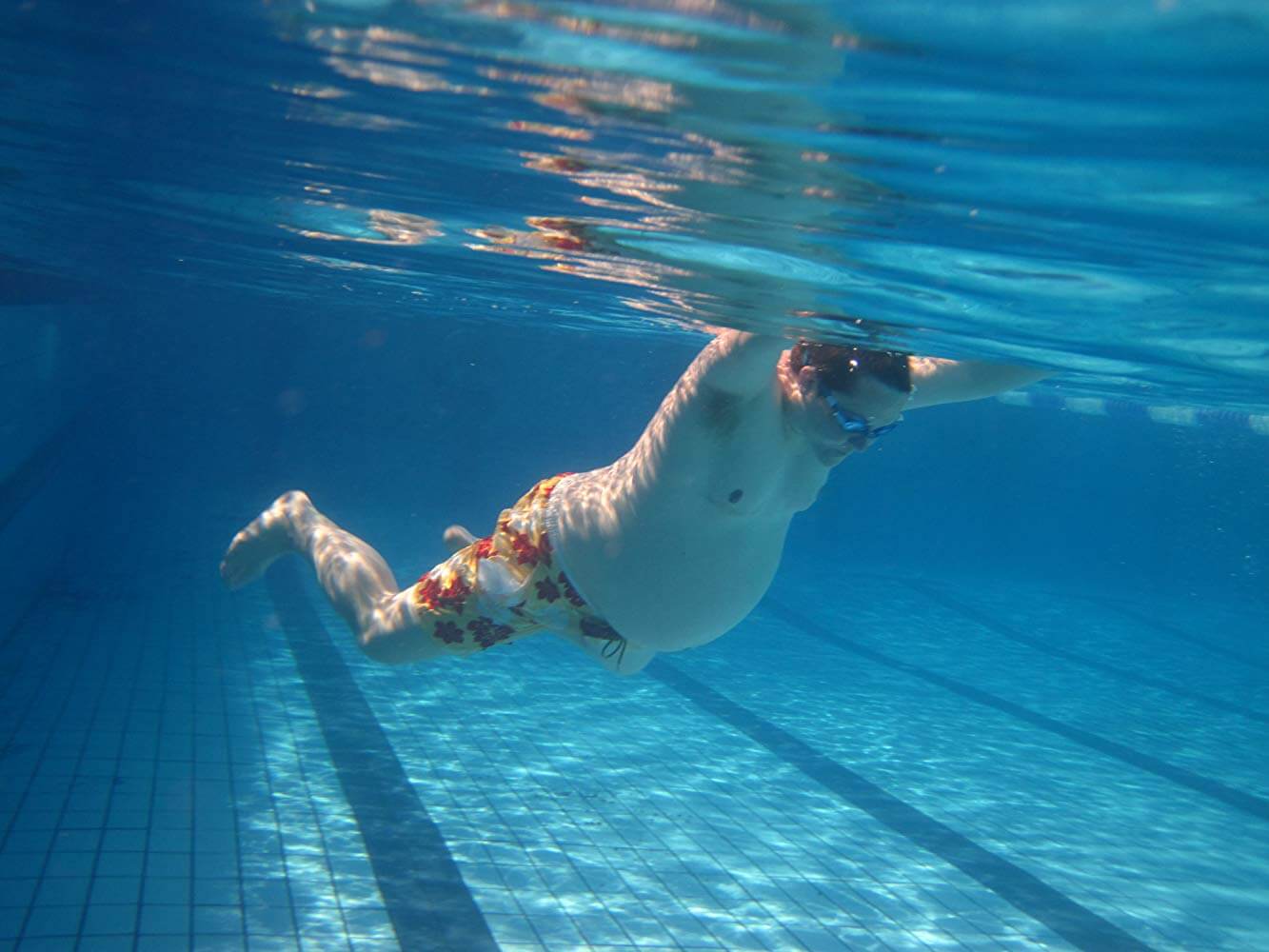 In recent years, advances in technology have made it possible for trans men to be impregnated and even give birth to their child. Nowhere is this process explored with as much compassion as it is here in A Deal With The Universe, where director Jason Barker reveals the unique journey he took to become a father.