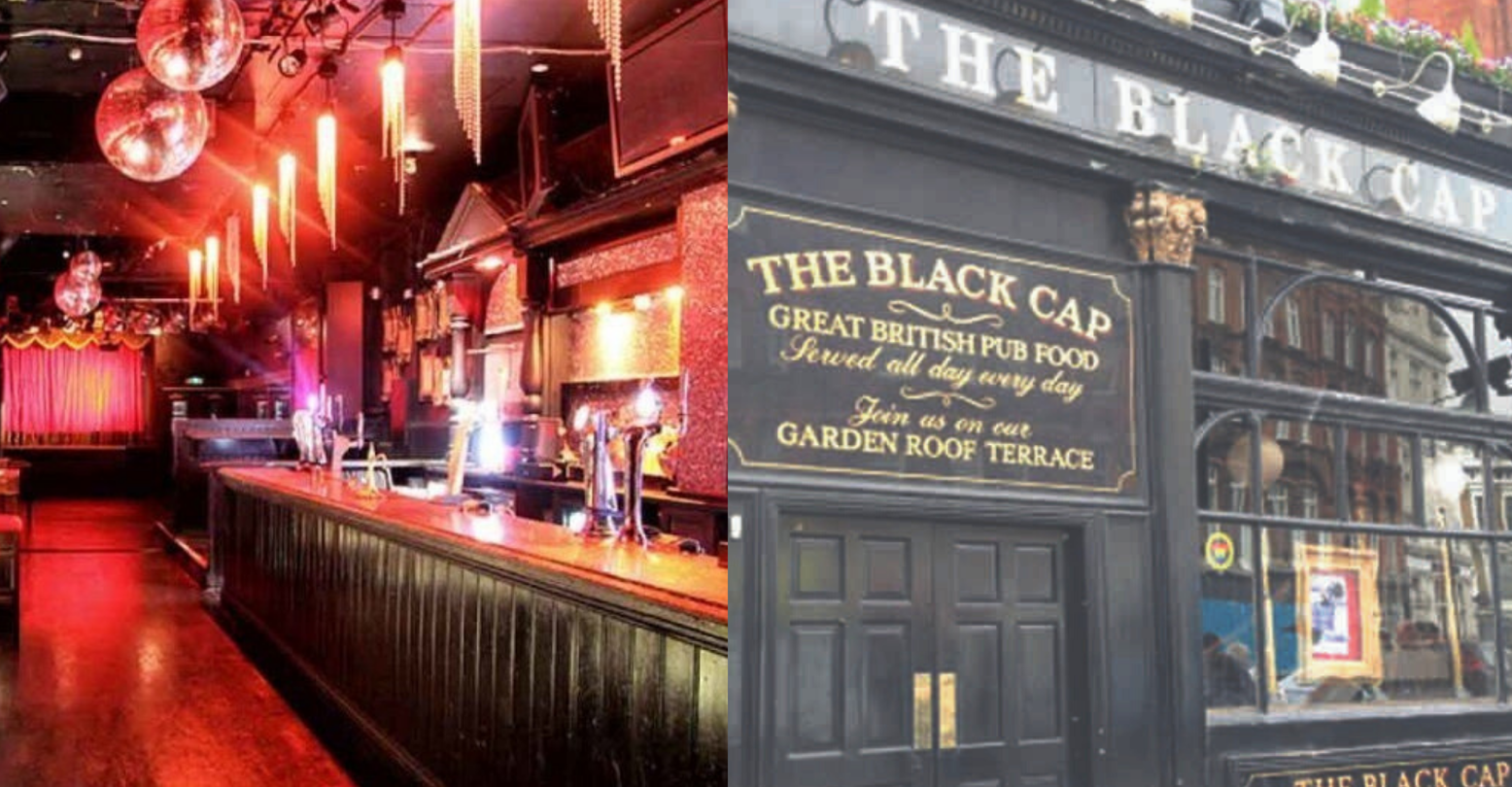 Since the 1960s, queer Londoners have frequented Camden Town’s The Black Cap for drinks, drag nights, cabaret, and company.

In 2015, however, the club had to shut its doors over a planning dispute. The Black Cap’s future looked uncertain, until the Camden New Journal published a recent report about the club’s new ownership. Thanks to years of protests and regular vigils from London’s queer community, the Black Cap is en route to resurrection.

A company known as Kicking Horse Three has taken over ownership of the Cap, as well as a few other historic bars in Belsize and Dartmouth.

“We understand and value the historical and cultural importance of The Black Cap to Camden Town, and in particular, to the local LGBTQ+ community,” new owners Andy Merricks and Steve Billot told the Journal. “We are engaging directly with Camden Council, and look forward to further positive discussions as we work closely with officials and the local community.”

The Black Cap’s reopening is an auspicious sign for gay bars in the US and UK alike. When the pandemic hit last year, gay bars across the world faced a direct threat to their futures due to forced closure and an uncertain reopening timeline. Both the Save Our Spaces project and the documentary  The Lesbian Bar Project have drawn attention to the rapid disappearance of queer-designated historical spaces and bars in the wake of gentrification and COVID closures. It’s by no means a new problem—the fantastic 2006 documentary “Small Town Gay Bar” bemoans the fate of neighborhood gay bars doomed to close—but the pandemic has certainly sped things up and refocused the community’s attention on bars as safe spaces, as well as historical sites of queer history. The Black Cap’s reopening as a “pub, club, and cabaret” is a hopeful sign that historical properties can be collectively fought for and revived. The pub’s new owners told the Journal that the bar is needed “now more than ever.”

Alex Green, from the Black Cap Foundation that’s been campaigning to save the bar for years, also shone some light on the bar’s closure in 2015. “It came at a time of lots of closures,” he told the Journal. “The Cap was somewhere people would gather not just to relax, to be able to be themselves without worry, but to mark occasions – birth, marriages, wakes. It has been iconic and important for decades. There are very few places where you can walk up, place your hands on the walls and say: this contains our history.”

History deserves to be protected, and gay bars are part of that.