Just because someone looks like a snack, doesn’t mean you have to describe them as food. 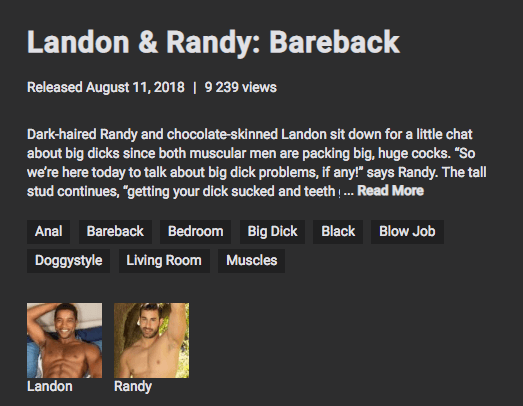 Despite every indication that doing so is racist, people continue to reference black people as “chocolate” as if they exist solely to be consumed or eaten by white people. Just stop it. In 2011, Naomi Campbell called the comparison “insulting” and “hurtful” when she was compared to a chocolate bar. Even this year, a German chocolate company compared Meghan Markle in a wedding dress to a chocolate bar wearing a wedding dress.

This shit is just not OK.

What’s even more surprising about this is that Sean Cody doesn’t understand that their brand is already associated with overwhelming whiteness. One 2016 Str8UpGayPorn analysis showed that, since Sean Cody’s inception, only 28 of its 1,024 models in sex scenes — 2.7 percent — were people of color, several of whom were light-skinned or white passing. 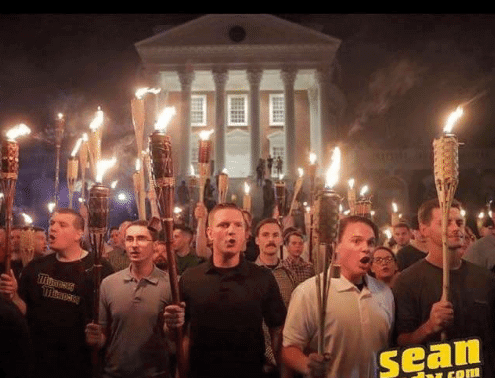 Adding Sean Cody to the bottom of pictures fearing mostly white men has become a staple of the gay internet, whether it’s to the U.S. Men’s bobsled team or to — yikes — racists holding tiki torches at the Charlottesville white supremacist rally in 2017.

Sean Cody is obviously not alone in its treatment of Black actors in their adult films. In June, Michael Lucas entertainment released a video featuring several Black actors called Black Cocks Matter. At least one of the film’s actors came forward to say that he was not told the name of the video when he signed up to do the scene.

INTO It
The INTO Interview: Andrew Adams
BY Jude Cramer