This past weekend, the queer community was blessed with another paparazzi photo set of Sarah Paulson and her girlfriend, Holland Taylor, out on the town for a date night. The couple, who have been together for years, stepped out to view a production of Skeleton Crew at the Geffen Playhouse in Los Angeles.

Every time these two are spotted out and about, you can hear the pitter-pattering of thumbs as queer women rapidly text each other screenshots of the couple. However, each time Paulson and Taylor are spotted together, every writer feels the need to focus on the major age gap between the two women, rather than reporting on any other aspect of their relationship. My question is: When will we move on from their ages, which clearly don’t matter, and start focusing on the more pressing issues at hand—like their outfits?!

Outside the Geffen Playhouse, Taylor was captured in a fitted beige suit, worn with high-waisted trousers, a chic blazer and matching bag. Paulson was pictured wearing a high-neck patterned dress and ankle-length jacket draped over her shoulders. The Ocean’s 8 actress is no stranger to the pants and blazer look—after filming the 2018 con movie and Carol with Cate Blanchett, the queen of suits herself, who can blame her? Although, I did notice she typically goes for a dress while being photographed with her girlfriend, who usually sports a suit. The combo allows for an extremely stylish swirl of masc and femme glory.

Earlier this year, the couple attended the Oscars together, and Holland sported a tuxedo-like black suit with a femme twist on the cummerbund. On her arm, Ms. Sarah glowed in a lurid yellow dress and fashion gloves—one of my favorite of their looks. And while we’re here, I’m officially declaring fashion gloves gay. Fashion gloves are canonically gay. 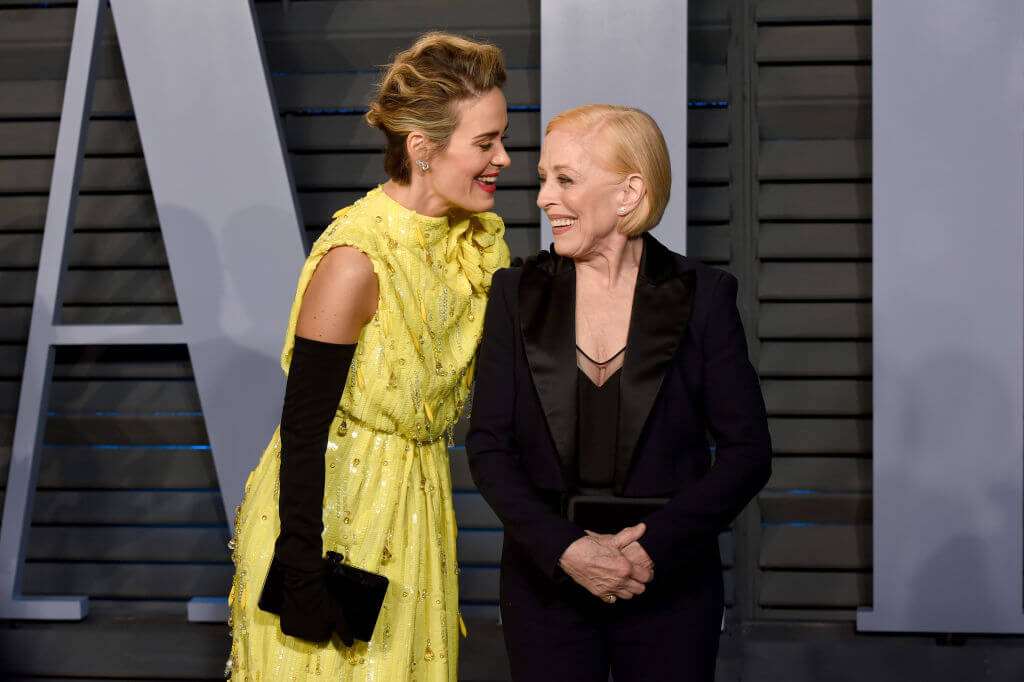 Here they are on a red carpet, gazing into each other’s souls while Holland wears a shimmery jacket and matching pants. The couple met over a decade ago, while Paulson was dating someone else. But she told The New York Times that her first impression of the Legally Blonde actress was that she’s “probably the most exquisitely beautiful woman I’d ever seen.” 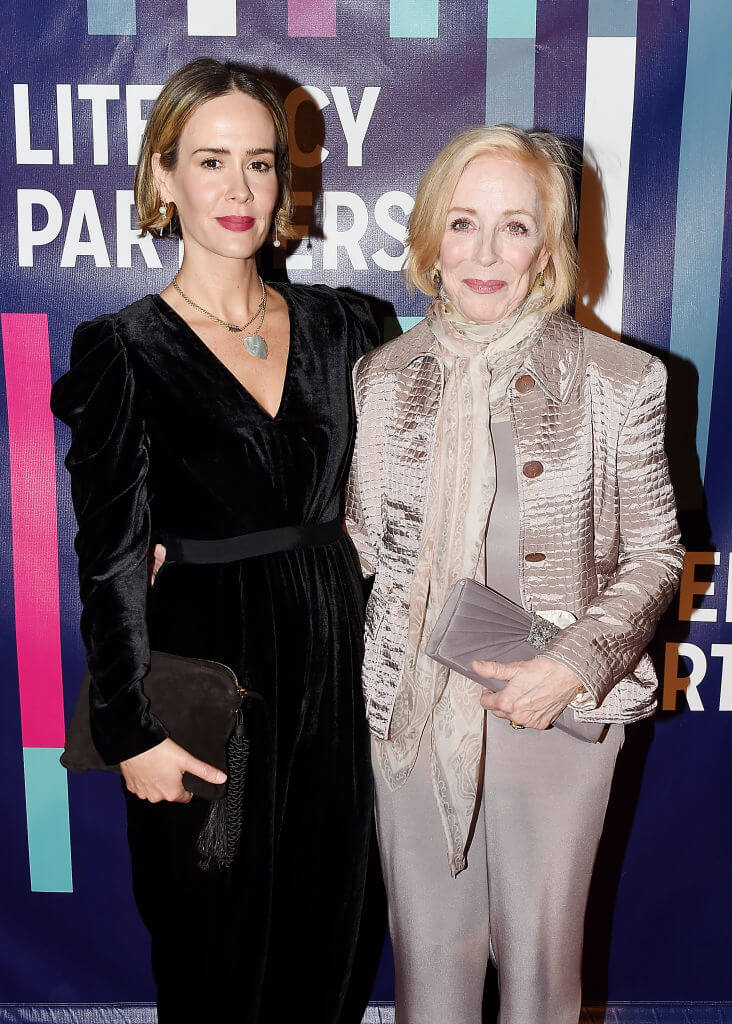 Here they are in matching button-up shirts. As we already know, button-up shirts are not only canonically queer, but they belong to queer women. Like overalls. Dress shirts, buttoned all the way to the neck, are the overalls of evening wear.

Oh, look—Holland in a white blazer with pinstriped cuffs and Sarah in a heathered tan sweater, with a dash of matching black shirts beneath. In Sarah’s 2016 Emmy acceptance speech, she shouted into the mic, “Holland Taylor, I love you.” And, well…same. 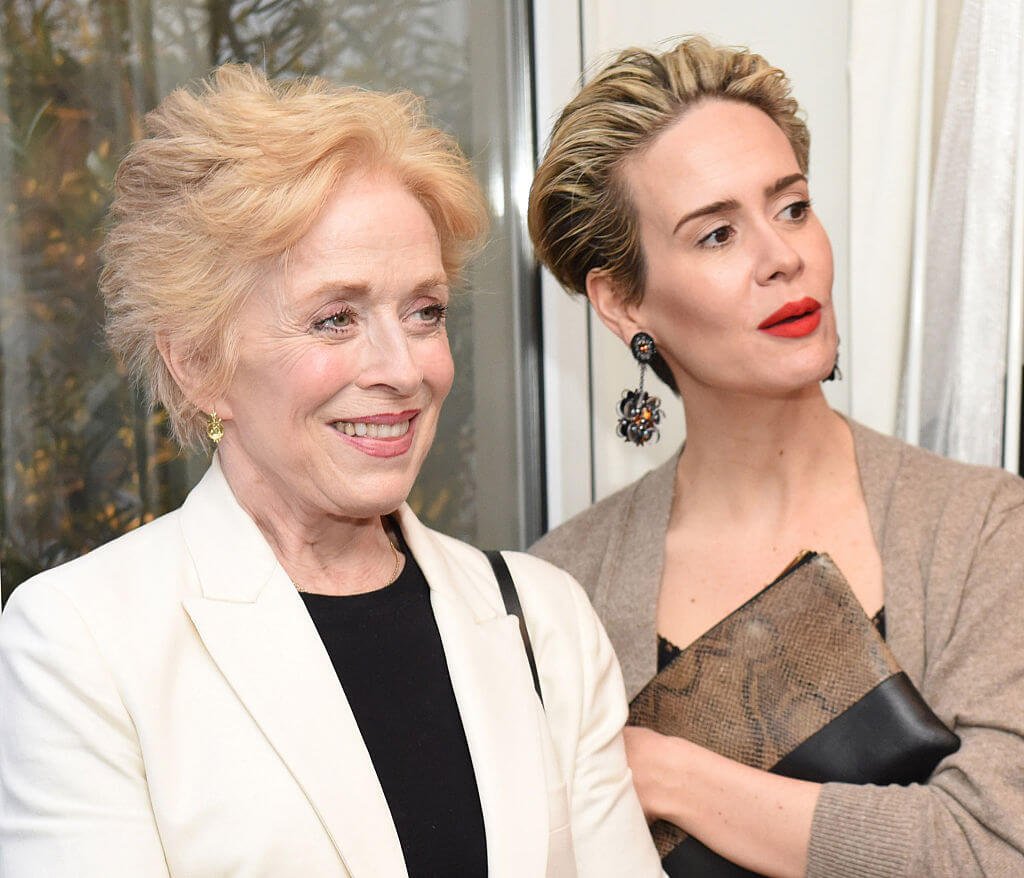 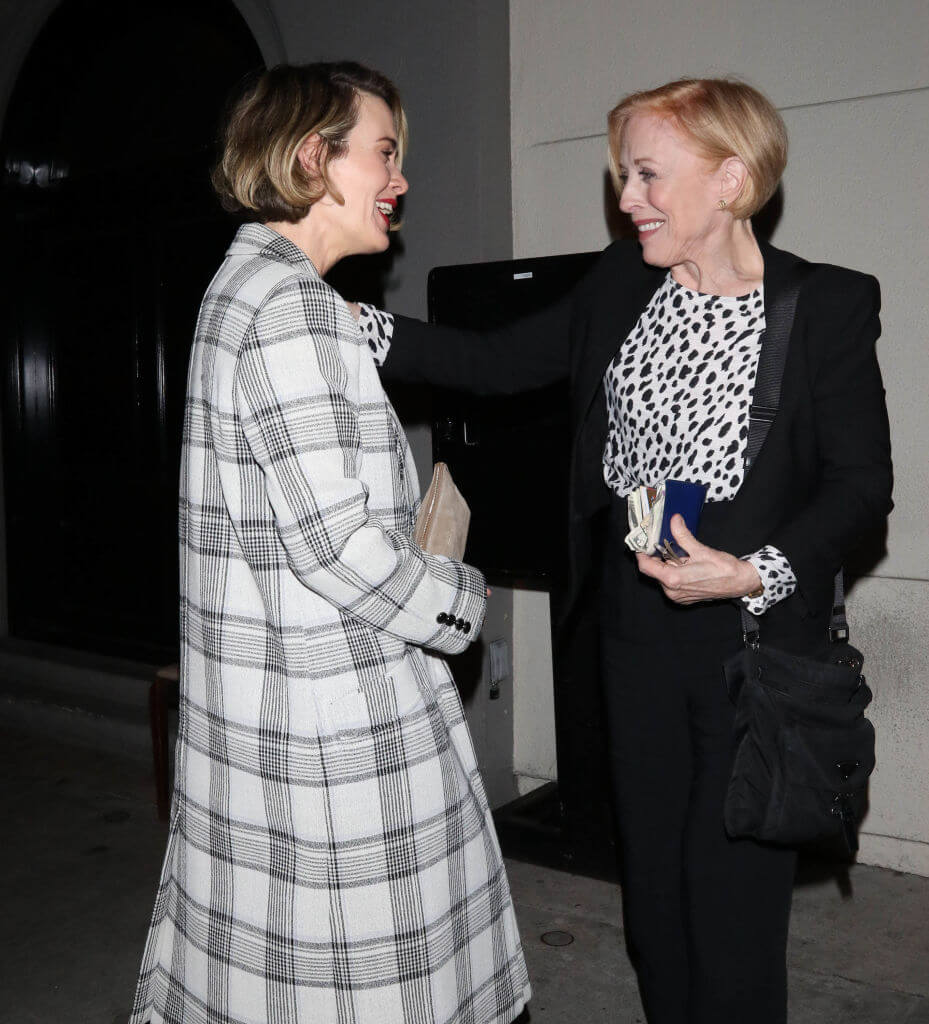 And lest we forget the time they dressed up in a whole different kind of suit—bodysuit Halloween costumes. Too cute! How old are they again? Who cares! 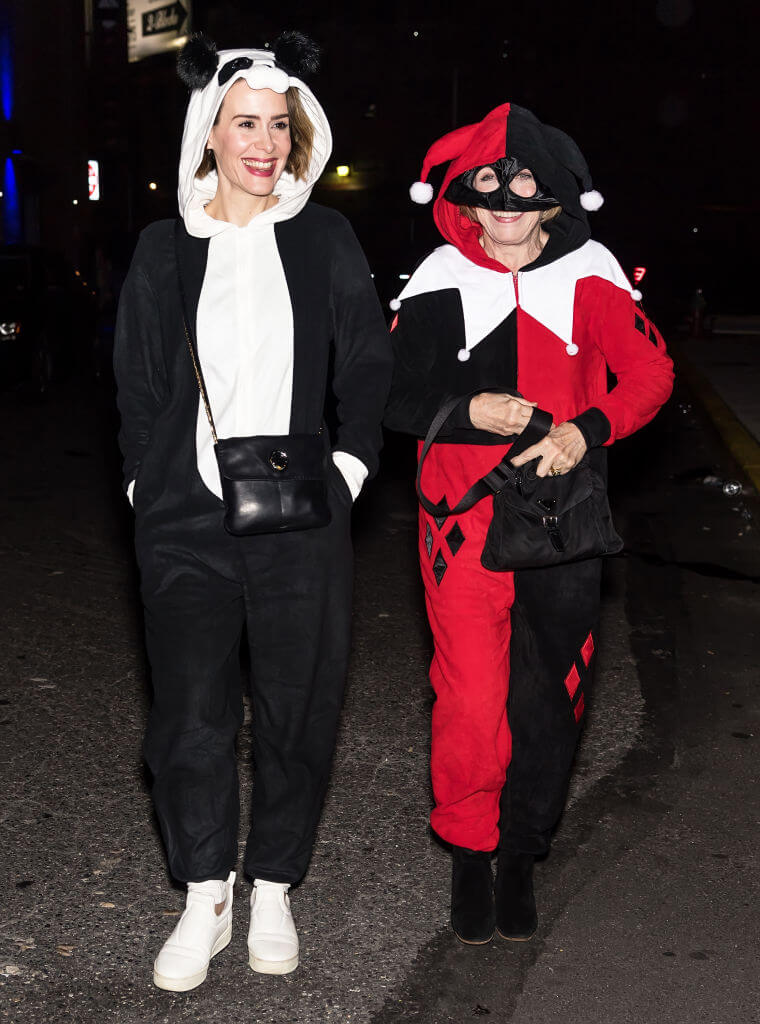