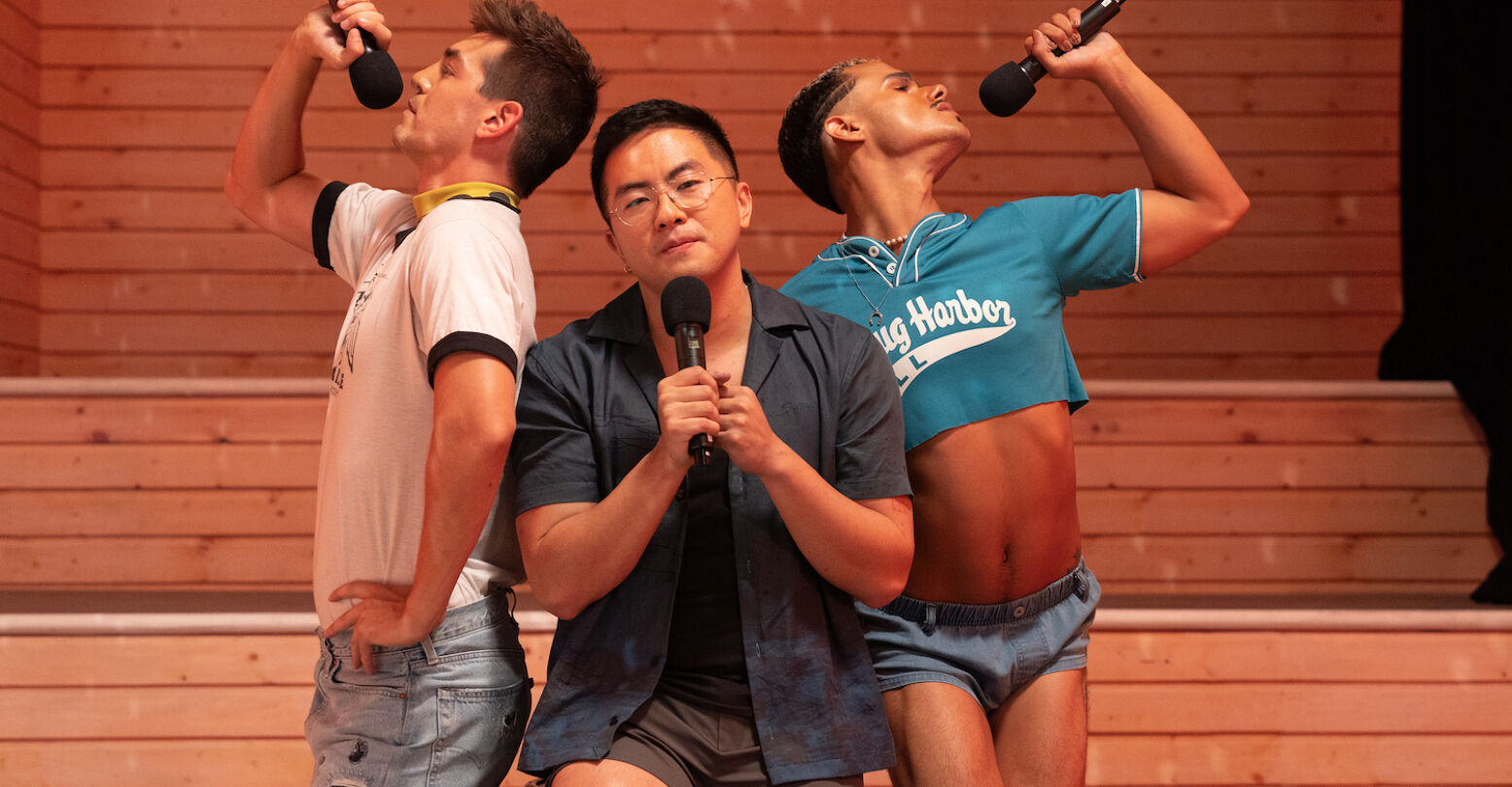 This summer, several beloved texts are enjoying high-profile queerifications on stage, the page, and more. Historically given fewer opportunities for visibility, queer folks have often projected themselves into heteronormative narratives, finding ties with characters who may not represent their gender identity or sexual orientation. And now, canonical literature is getting a very mary makeover.

“Shakespeare is so very, very queer,” said author Lauren Emily Whalen, whose new young-adult book Take Her Down riffs on Julius Ceasar and, per Kirkus Reviews, is “an intense ride of bisexuality and backstabbing.”

“It’s speculated the Bard … wasn’t straight, and his plays are full of overarching themes like identity, forgiveness, and relationships of all kinds,” Whalen told INTO.

Such themes are explored in Whalen’s book, which may seem like a pulpy high school drama but is also rich in its analysis of contemporary queer politics.

“They say ‘write what you know,’ right? In the case of Take Her Down, some of the experience of Bronwyn — the Brutus character, who previously identified as what Girls5Eva calls ‘deep-fried gay’ until she starts dating a male classmate — was close to my own,” Whalen said. “I didn’t come out as bi until my 30s, and up until then, I thought I was straight. Still, I’ve definitely noticed erasure in the LGBTQ+ community, despite the fact that ‘B’ is right there in the acronym.”

Spiraling Hamlet into something entirely new

Shakespeare is also back in the spotlight thanks to Fat Ham, playwright James Ijames’ buzzy new play that won the 2022 Pulitzer Prize in Drama that just opened to rave reviews at New York City’s Public Theater (through July 3). In this queer reimagining of Hamlet, audiences follow the character Juicy at a family barbecue, which sets the stage for murderous plots and identity exploration.

Related: How the Pulitzer-Prize-Winning “Fat Ham” Flips the Script on “Hamlet”

“I’ve always loved Hamlet; I’ve always wanted to do a riff on it,” Ijames told INTO. “I thought maybe I would just do a scene of the play and expand it into something else, but when I started working on the play, I saw that the first big court scene when we meet Claudius and Gertrude was a perfect container for the whole play. So, I just transported the story to a backyard barbecue and made Hamlet a Black queer man, and it just worked. Juicy’s outsider-ness as a queer body in this aggressively heterosexual family seemed to line up beautifully with Hamlet’s dealing with grief.”

Romeo and Juliet by way of Brooklyn

The Bard gets another reimagining in the Off-Broadway musical Romeo & Bernadette (Theater 555, New York City, through June 26), with book and lyrics by Mark Saltzman. A riff on Romeo and Juliet, this new show may have its roots in one of the most famous straight love stories of all time, but the impetus behind it was distinctly gay.

“It’s a love show, and my love for my husband Arnie is at its core,” said Saltzman, a Sesame Street writer and seven-time Emmy Award winner for Outstanding Writing in a Children’s Series. “I’m dedicating the show to him because without that Brooklyn intimacy that he had, this would not have existed.”

In Saltzman’s interpretation, Romeo comes to Brooklyn, where he falls in love with Bernadette, the earthy daughter of a mob kingpin. Saltzman’s late husband, film editor Arnold “Arnie” Glassman, grew up in Brooklyn and provided Saltzman with many references needed to realize the work. Then, Saltzman added his own theatrical flair.

“The stereotype of the gay love of theater permeates all of Romeo and Bernadette,” Saltzman told INTO. The work also forwards a tradition of gender-bending: in Elizabethan England, men took on women’s roles, and in this contemporary musical, one busy actor fulfills many parts of different genders.

Troy Valjean Rucker plays a priest, florist, dress shop owner, and other myriad roles, noting, “You can paint with all the colors on this palette, especially when you are adapting Shakespeare and these classics: you can bring freshness and relevance to them.”

Can Jane Austen come out and play?

The adaptations go beyond just Shakespeare — one famous work is now the basis for two queer updates.

Themes of love, class, and privilege in Jane Austen’s Pride and Prejudice continue to resonate today, especially when discussing the hierarchical, exclusionary facets of the queer community. These motifs are comically explored in two new works: a Gimlet podcast, Gay Pride & Prejudice by Zackary Grady, and the upcoming Fire Island.

Jesse Tyler Ferguson executive produces and narrates the podcast series, which also features Rosie O’Donnell. In this version of Austen’s masterpiece, Bennett is a non-commital gay stuck between coupling up and settling down.

Contemporary gay themes of love — and how the white patriarchy dictates who is “worthy” of it — also bubble up in the upcoming film Fire Island (premiering on Hulu on June 3), which focuses on two gay best friends, Noah (Joel Kim Booster) and Howie (Bowen Yang), who take a formative trip to the Pines. There they meet a cadre of wealthier gays, surfacing issues of inclusivity in the LGBTQ community.

Such works forward a long history of dynamic interpretations of the tales we think we know. In these artists’ hands, there is always more to unearth and explore — per Ijames, these classics continue to breathe and evolve: “They lend themselves to expansive depictions of sexuality and gender.”