Cole Escola has played senile old ladies and gerontophiliac twinks on stage and screen since Jeffery & Cole Casserole, his lo-fi comedy project with collaborator Jeffery Self, found its way onto Logo in 2009. Having worked recently on At Home with Amy Sedaris, Mozart in the Jungle, and Difficult People, Escola is back at Joe’s Pub to present his newest solo sketch show, Quick! Pretend I’m Asleep, through Saturday, September 1.

INTO scooped Escola from a shoot for Amy Sedaris’ show on truTV to reflect on his near-decade of comedy in New York.

What’s different about your stage show from your work on TV?

My stage shows are solo sketch shows where I play multiple different characters. Most of them are female because that’s what I’d rather be playing.

You play a lot of grandmas.

Yeah, yeah. I was very close with my grandmother as a child. I spent most of my free time with older women as a child, so I’m sure those all influenced my work now.

What’s your favorite character to play?

It changes based on how I’m feeling. Right now, I like playing Maven Crawford. She’s an old cabaret legend, sort of absent-minded, and she’s over 100 years old.

Your work isn’t “autobiographical,” but certainly, many artists do work through personal challenges in their creative work.

Well, there’s just no way that anything anyone creates is not autobiographical. Like, even a sketch where I play the Goblin Commuter of Hoboken asking her boss for a raise: I could look at it through like a therapist’s lens and go, “Oh, this is related to the way I feel when I’m asking for things that I want or the way I feel when I’m trying to flirt with someone.”

Is it therapeutic for you to bring those parts of yourself into your work that way?

Yeah, I think I do find it therapeutic. It’s not my only therapy — I’m also in therapy. But it is therapeutic, and I’m grateful that I have that as a form of coping. Being able to make myself laugh is something that I really am grateful for.

I know a lot of folks who find a lot of self-acceptance in taking the things they like the least about themselves and turning them into a persona — I think of characters like Paul Soileau’s Christeene Vale. Is that part of what you’re doing, too?

Yeah. Like, each of my characters has something about them that excites me and makes me want to play them. And I think it’s that they highlight a part of myself that wants to be seen, even if it’s as stupid as, like, Sharon Stone at her friend’s son’s graduation.

How do you see your work related to drag?

I guess I think of drag queens separately because what they do takes so much more skill. [laughs] I mean, the makeup, the work ethic… they’re just such better workers than I am. But I wouldn’t say what I do is not drag. But obviously, I would be extremely upset if I wanted to see a drag queen and then I showed up.

You do solo sketch work, you do TV work, and you’ve done collaboration work in the past. How are those processes different?

Writing alone is miserable. It’s one of the least fun… it’s just… it’s miserable. And every time I’m writing, I think to myself, about a hundred times, “I have to quit. [laughs] I have to quit the business. What am I doing? This is terrible. I am miserable. I’m never doing this again.” Like, every time I’m writing a new show… like, this the show, that I’m doing now, I thought to myself for the entire month and a half I was writing it, “Never do this again. Never, never, never, never agree to do a show ever again.”

But writing with a partner is much more fun. Writing with Jeffery [for Jeffery & Cole Casserole] was a lot of fun, because we would just try to make each other laugh, and then it was just like playing, and it was like hanging out, and then typing what we came up with, rather than writing alone, which feels like mining for diamonds in concrete on the West Side Highway.

And when it’s someone else’s script, then you literally just show up. Acting is the easiest thing in the world. [laughs] They literally come and get you from your house. They take you exactly to where you’re supposed to go. You have people telling you where to go, and leading you there, and getting you ready. All you have to do is just say words on the spot that they have marked on the floor for you. And then they take you home. 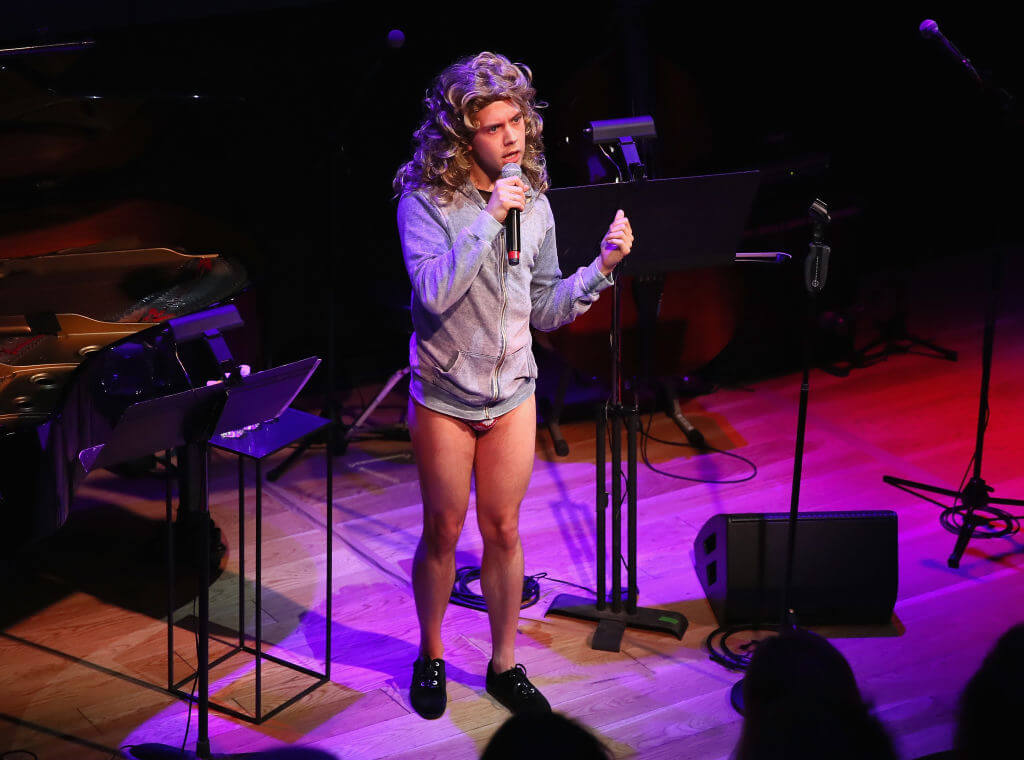 What’s pissing you off lately?

How much I am on my phone. That pisses me off. I just hate that I’m looking at it without even thinking of it.

What do you do on your phone?

I have no idea. I don’t know. Sometimes it’s like I come to, and I’m staring at a screen, and I’m scrolling, and I don’t know how I got there or where I am.

Are you someone who gets caught up in Twitter?

I get easily agitated. So I can probably read about four tweets before my heart rate increases to a degree that I have to stop. Or die.

So your strategy is just to disengage.

Yeah, yeah. I don’t really know what else to do. There’s probably healthier ways of engaging, but I don’t know what they are.

It bothers me when I let something get to me, like a mean tweet. Then I just get mad at myself. I’m like, “Oh, no! Now I let that make me upset.” But, actually, the mute feature has changed my life, because if I see someone saying something mean in my mentions, I’ll just mute them and the conversation, and then, a minute later, I can’t even remember their handle, and barely remember what they said. And it’s great.

What was it like moving to New York from Oregon?

It was hard. Yeah, it was really hard. It took four years before I like had any sense of safety and groundedness and a support system.

Yeah. That’s when I sort of felt like this was my home.

Was there a make-or-break moment for you that happened around that?

That sort of happened in like in 2007, when I was attacked, twice. And it was very physically violent. People held a gun to my head while other guys kicked my teeth in. And it was… yeah.

I’m sorry that happened to you.

Oh, it’s… I mean, yeah, it sucked. But when I came back, I met Jeffery, and that’s when we started making videos and working together.

What kind of sex work, if you don’t mind my asking?

Oh yeah. No, [it was] just classic Craigslist prostitution of the early aughts.

A lot of performers have stints in sex work.

That’s actually how [one of my performer friends and I] first became friends. Bridget Everett used to have this show called Side Show in the back room at The Ritz on Sunday nights, and I saw them perform there. This was like, maybe 2007, maybe 2008. And then we started talking about how we were both sex workers at the time.

How do you feel about that time in your life now?

I just think about where I was like personally, and I was very angry. But then, I was also very stupid about it, and it was exciting to me. And it was fun for a while, then it got miserable and it was depressing, and I felt trapped in it. I have a hundred feelings about it.

How did you recover?

After I was attacked, and I moved home, I was just working. I was working so much at this minimum wage job, and then had another two jobs on the side on top of that, and I didn’t have any time for anything creative whatsoever. So I was like, “If I go back to New York, I need to have time to perform and time to write and create. But I also need to make money.” So I knew a friend that was doing sex work. So I reached out to him and I was like, “Hey, where do I send my resume?”

It was miserable, but it really did allow me to have time to create. And if I didn’t have that time, I don’t know that I would have worked with Jeffery and created as much as we did, which then inspired me to pursue writing and performing as a career, which is why I’m here today. I did party way too much in those days as well. And that was a way of coping, I think, with all of it. 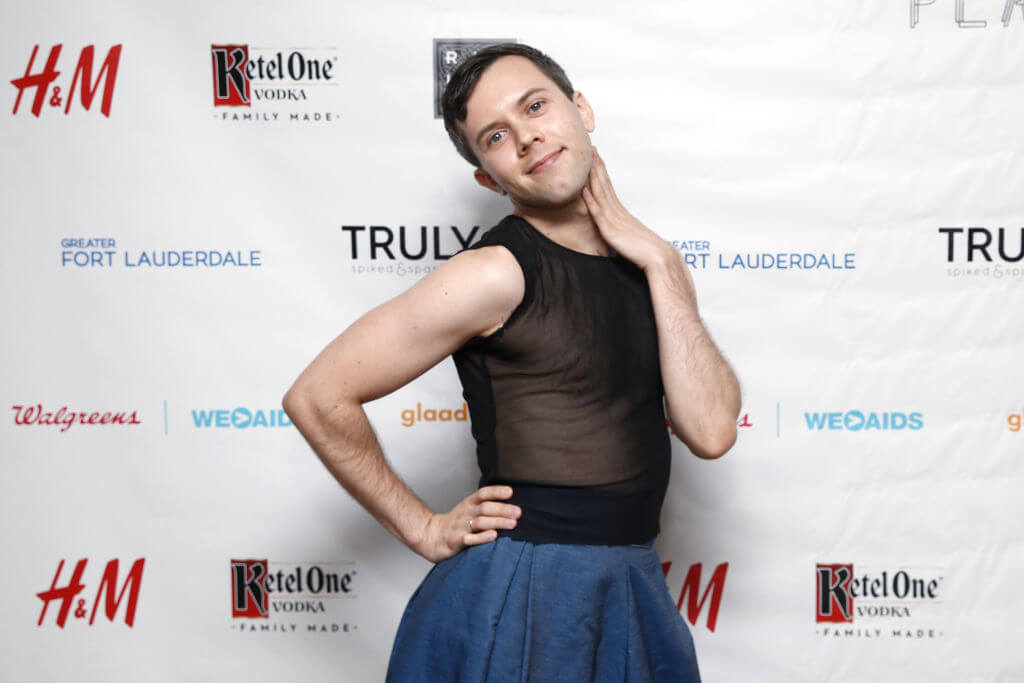 Did you know anyone growing up in Oregon who had fucked an animal?

No, I don’t think so. I mean, I’m sure I did, but I wasn’t made aware of it. There was an alpaca farm not far from us. It was owned by a family. I’m sure someone in that family had sex with an alpaca.

Why do you think that that happens?

Cole Escola’s Quick! Pretend I’m Asleep completes its sold-out run at Joe’s Pub, 425 Lafayette St New York, NY 10003, on Saturday, September 1 — see joespub.com for details. Escola hopes to take the show on a West Coast and Midwest tour sometime this fall or winter — follow him on Twitter or Instagram or visit coleescola.com for the latest news.