Nick Jonas, singer, actor, and notorious gaybaiter, is officially off the market.

After over a year of dating, the former Jonas Brothers band member and Quantico star Priyanka Chopra have gotten engaged. The two announced their engagement just days after Jonas’ parents met Chopra’s family in India. Adorably — or annoyingly, dependent on your viewpoint — they broke the news with matching Instagram posts. 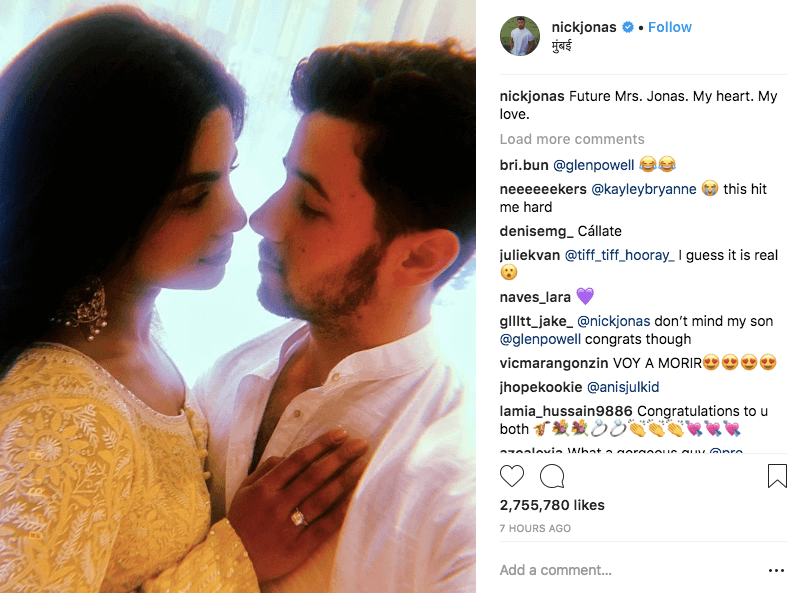 We’re thrilled for the happy couple! Of course, we’d be remiss to forget that for years, Jonas spent a good deal of time and energy trying to appeal to the gay community. This ranged from the relatively inoffensive, playing a gay role on the Audience Network series Kingdom, to the ill-advised OUT cover story that declared him a gay icon. Then there was his decision to speak at the post-Pulse shooting vigil at New York City’s Stonewall Inn., which was roundly criticized as taking up space that should’ve gone to, you know, actually queer people.

Jonas fought back against the gaybaiting accusations, saying he thinks the criticisms are “really quite sad.” But for whatever reason, shortly after, Jonas heavily cut down on trying to appeal to the gay community. And now he’s engaged to Chopra! He has fully embraced heterosexuality.

But congrats to Jonas and Chopra! We’re not bitter, we promise.