When I first dressed my son’s infant body in pink leggings, comments from friends and family would drift our way including “Boys don’t wear pink,” and “I wish you’d dress him like a little boy.” To which I found myself responding with confusion more often than not. This was a 10-month old baby. He couldn’t walk. He hadn’t yet learned how to identify color. But he was being indoctrinated into the masculine/feminine binary already. The message was clear: “Pink is not for boys.”

When the discussion of heteronormative culture is broached by the general public, it’s often done through the lens of adulthood. We defend the right to transition, the right for anyone to love another person regardless of sex, the rejection of forced masculine/feminine behavior and clothing.

It wasn’t until I became a mother that I realized the conversation needs to start much earlier. We shouldn’t just be talking about how to defend the existing injustices, but how to prevent them in the first place.

It was around that time that I decided to start a non-gendered children’s clothing company to help change the narrative. I thought it’d be a small side project. Instead, I found it to be an all consuming hole of information and disillusion. I started researching the history of children’s fashion, the data behind how we raise our boys and our girls differently, and how our brains develop based on the way we’re treated as children. 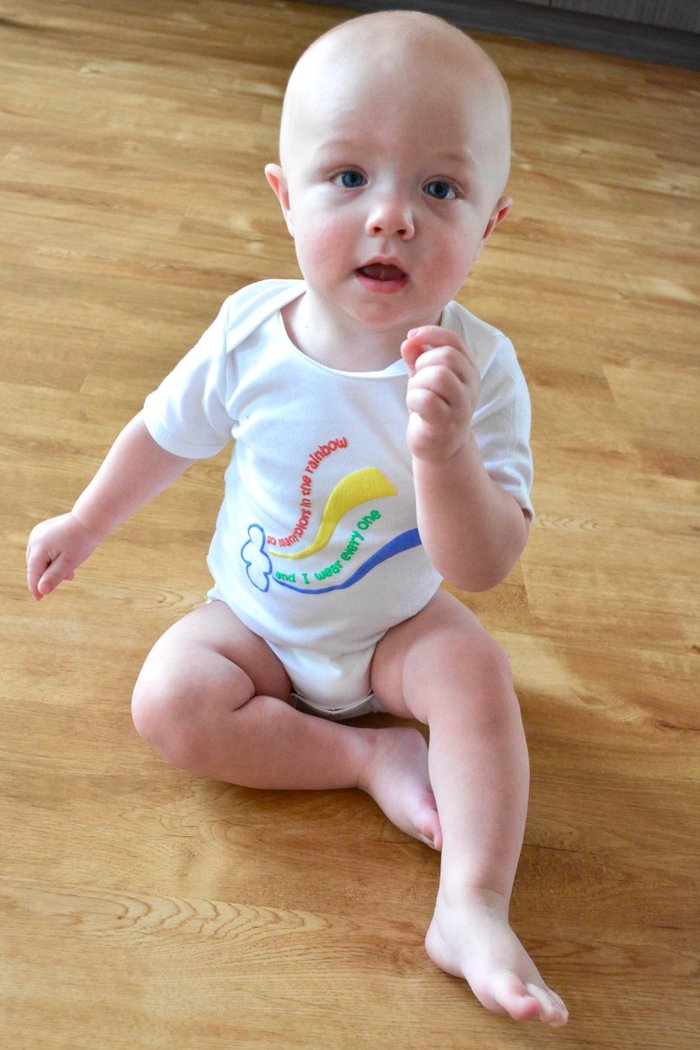 While working on a presentation related to non-gendered childhood for TransOhio, I attempted to quantify just how early this genderfication of children happens. I posted the following poll on Facebook, “What is the first thing you’d ask someone after finding out they were pregnant?” The options were: “When is the due date?” “Is it a boy or girl?” and “How are you feeling?”

Everyone in my writer’s group chose to ask about due date or how the woman was feeling, which didn’t line up with my personal experience as a previously pregnant person. When I announced my pregnancy, even my most progressive friends (even my trans friends!) immediately asked if it was a boy or girl. So I messaged a few of those same respondents to tell them I was pregnant (I’m not). Each person immediately asked “Do you know if it’s a boy or girl?” It turns out that even the most conscious individuals start using gender as a frame of reference shortly after conception, whether they believe in the binary or not.

Which makes me wonder why? Are those people already deciding what to purchase for a shower gift? Are they already deciding how to think of the soon-to-be baby? What they’ll look like? How they’ll act?

The need to gender identify children is even more pronounced once it’s time to dress them. With my designs finalized, I started to reach out to online boutiques and quickly found that even the stores whose owners wrote back emails full of praise and personal stories did not have a way to list clothing that was determinedly non-gendered. Websites tend to separate options into “boys” and “girls”, regardless of age, leaving no category for tutus designed for any toddler, or bodysuits made for all babies. A similar structure is present in physical boutiques.

So I started writing on how to remove gendered merchandising and advertising from stores. I’ve made some progress, as have organizations like Clothes Without Limits, that promotes brands who break through gender stereotypes. Stores like Targethave started to move to less gendered children’s clothing sections. There are changes being made, albeit slowly.

In the meantime, I started to wonder, what is this gendering doing to our children? I can try my best, but I can’t change the world for my child’s generation. He’s already a toddler, already absorbing it all. He’s been told by a family friend to “hang out with more boys” or “pick up a tool set” as he gleefully attacked a dust bunny with a broom. He was told “boys don’t wear headbands” during his first week of daycare and subsequently gave up the habit. He’s been dismissed for bad behavior on the playground as being nothing more than a boy “being a boy.”

Which makes me question what all this is doing to his brain. How is it changing the person he will become?

It turns out, quite a bit. Thanks to modern science, we now know about an interesting phenomenon called neuroplasticity, or the ability of our brains to change. Basically, the same reason we’re able to absorb language so efficiently when we’re young is the reason exposing children to heteronormative social norms can actually change (and, in my opinion, limit) who our children will someday be.

When we’re young our brains have the most plasticity. Every time we’re told to practice a behavior, skill, or thought, we build and strengthen the neural pathways related to that particular behavior/skill/thought.

So if a girl is dressed in pink and told to sit quietly for extended periods of time, her brain will actually strengthen in it’s ability to support activities that require patience. If a boy is dressed in trousers and encouraged to run/climb/jump when other kids are sitting quietly, he’s building up the part of his brain that encourages him to be physically active and impatient. 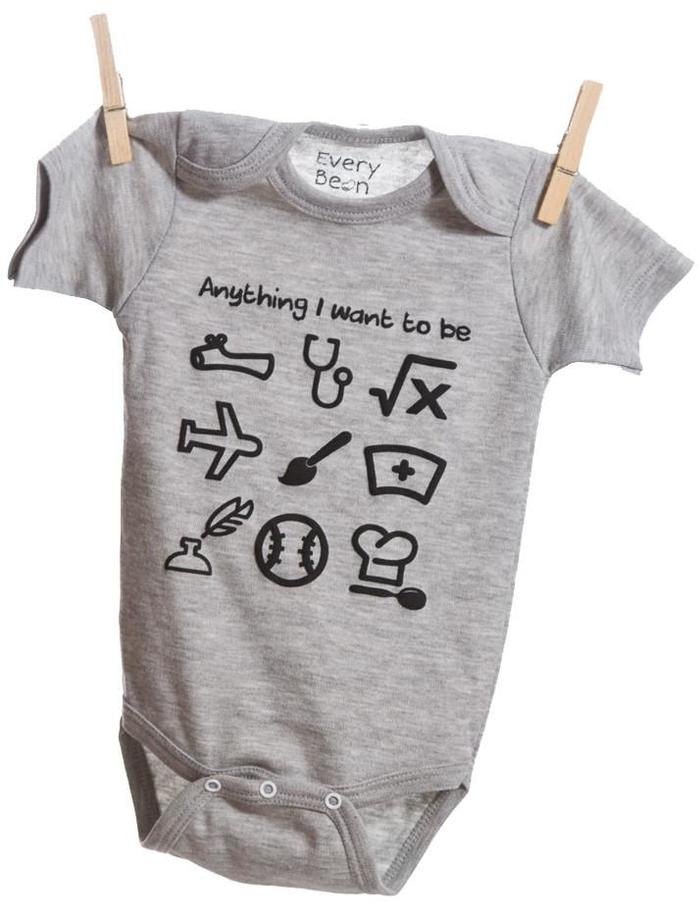 The danger is that our brains have less plasticity when we’re older. So when those same children grow up and are confronted with a girl who likes to climb, or a boy who would rather sit quietly and read a book, their brains will fight against that. They’ve been told that each gender acts a certain way, to the point that their brains have developed accordingly to support those cliches.

Even worse, if they are the ones that choose to step outside of gender stereotypes, they have to work against the very structure of their own brains. Which, I’m guessing, might help explain why the transgender community faces such an alarming risk of suicide.

So what can be done to change it? More advocacy for changes in children’s apparel, toys, and accessories is sorely needed. Instead of having a doll section and an action figure section, I suggest that stores move towards inclusive categories like “musical toys,” “figures/dolls,” “pretend play.” Each child can peruse the shelves and pick which item speaks to them, without having to cross gender lines.

On a personal level, providing a child with a range of clothing options from sparkly tutus, to blue overalls, to pink shirts gives them the OK to explore with colors they like, without learning to label clothing as “boy” or “girl” based on what they see in their own closet.

Most of all, it’s important that the conversation is had at all.