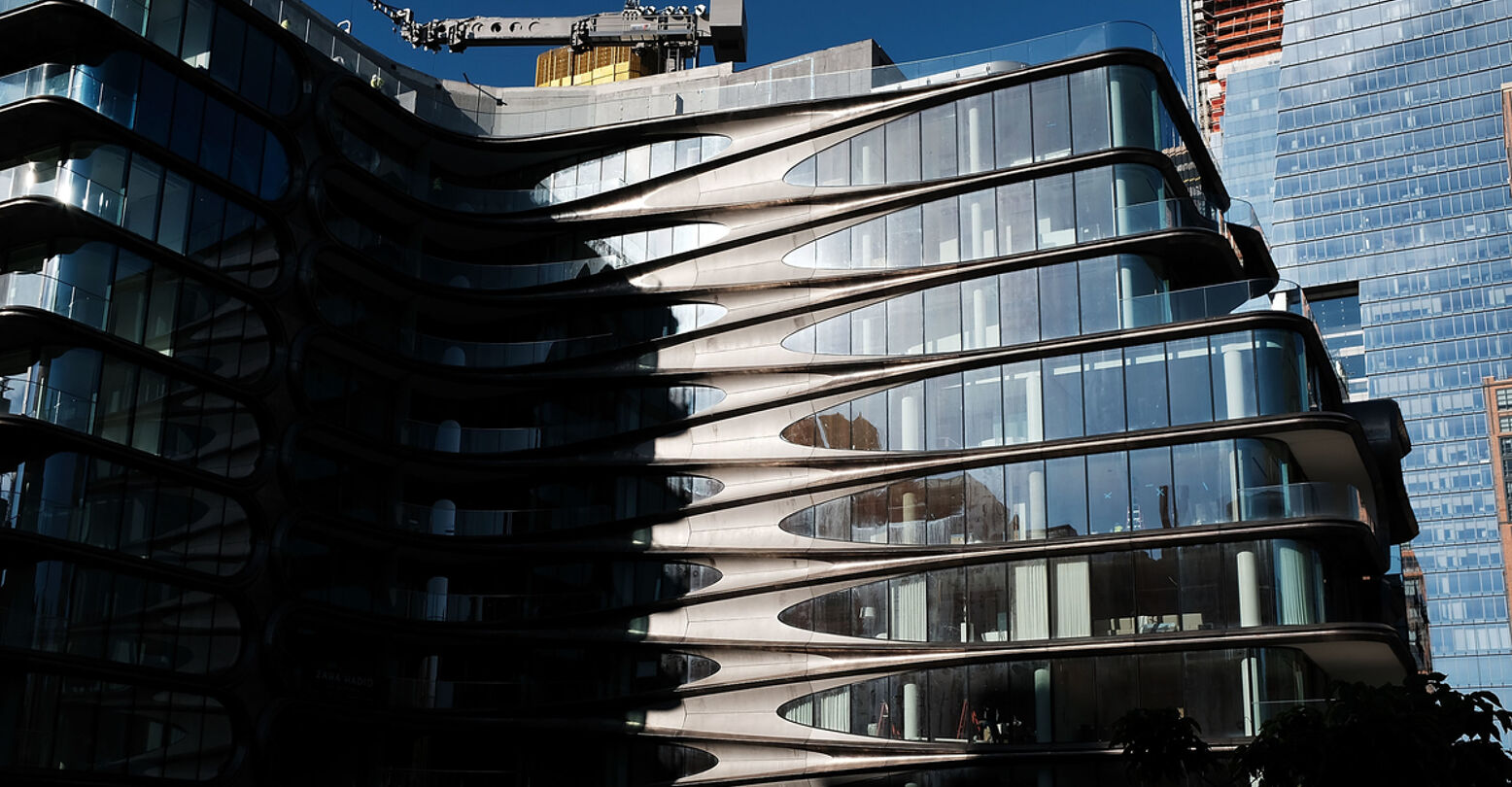 That’s the kind of conversation you could be having with devices like Amazon’s Echo in the not-so-distant future, thanks to a company that introduced the first-ever Software Development Kit (SDK) for adult toys at this year’s Consumer Electronics Show a standard set of development tools that allows users to write code and create new apps to customize sex toys for the first time.

Amazon’s Alexa is like an open-source personal assistant; the company’s “skills kit” allows developers to invent and code new features – like enabling Alexa to check surfing conditions on command. Now, that kind of tinkering is being extended to vibrators and butt plugs, too. What that means: we’ll soon be able to write code that links our sex toys to anything else with open development features. 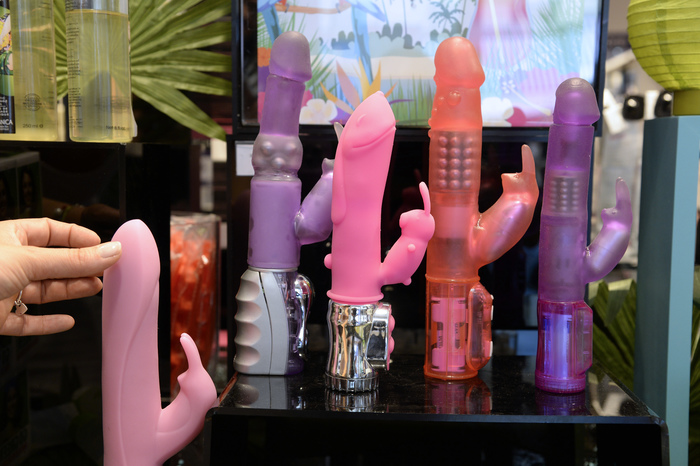 “The idea of intimacy is changing,” said Suki Dunham, half of the husband-and-wife team behind OhMiBod. “Young adults today in their 20s are growing up in a very connected world. Digital intimacy is already part of their language. With things like Tinder, Snapchat, and sexting, often times their first intimate experiences with other people are digital rather than physical.”

“A fun game that couples play is when the partner has control from across the room,” says Brian. “As soon as the partner starts talking to another person, the vibe goes off.”

It’s yet another way of engaging from afar, of playing on the physical distance we’ve grown accustomed to while simultaneously becoming more intimate with our devices. Even when in a relationship with another actual human being (or more than one, for you polyamorous types) there’s an awareness at all times that each of us, individually, is closer to our phones and related tech than we are to any embodied person.

One of Brian Dunham’s fantasies for the SDK is to see it paired with dating apps. “You get on Grindr and you go to chat and there’s a little dot that says the person might be connected to a device,” Brian says with speedy tech-nerd excitement. He envisions a future in which dating apps offer something more direct than just a chat. 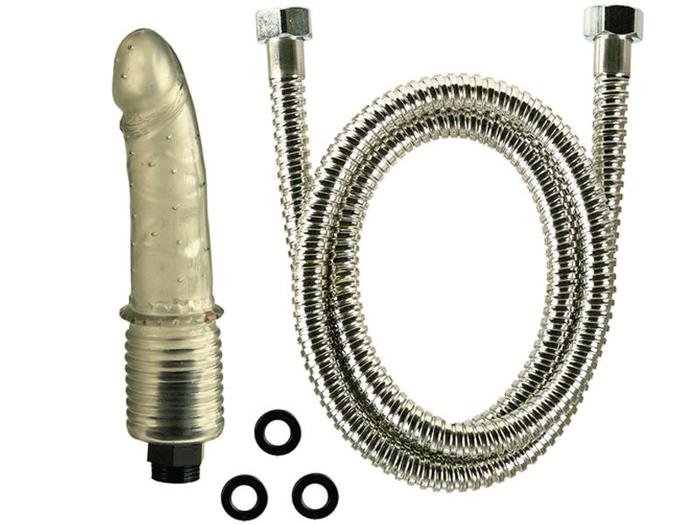 Amazon alone is responsible for a good share of the market: While Amazon won’t release the revenue numbers, more than 180,000 adult toys and games are available for sale through a search of the online behemoth’s website.

The company did not respond to requests for comment regarding its sex toy revenue or whether someone would be allowed to build a custom skill used privately for Alexa, responding only that it “wouldn’t be able to comment on a hypothetical skill.”

The Amazon spokesperson only pointed to policy guidelines for the Alexa Skills Kit which refer to ‘Pornography and Sex’ with a single sentence banning skills that have “sexually explicit textual descriptions and/or home card has images that contain sexually explicit material,” but don’t touch on function of the application. That ban ostensibly only applies to skills that developers submit to Amazon in hopes that it will be published and made available to other users, but developers are able to use the kit to take advantage of the technology and tools Amazon makes available without oversight. Regardless, it doesn’t seem to matter what Amazon’s policy is when most basic Alexa skills are available to users on open source directories like Github.

Since Amazon introduced the Alexa Skills Kit in June 2015, hackers and hobbyists have used it to give Alexa voice-controlled power over everything from their vacuum cleaners to their kids’ wifi-powered cars. In November, an instructor at the Rhode Island School of Design installed Alexa in Big Mouth Billy Bass, the cheesy singing fish that was available at drugstore chains across America in the early 2000’s. Last month, the maker blog Tinkernut featured a how-to video installing Alexa in a Teddy Ruxpin the unnerving 1980’s talking teddy bear.

If Alexa can interface with talking dolls, why not toys for grownups, too?

But as developers envision giving artificial intelligence to sex toys, it raises questions about the ethics of sexualizing AI assistants like Alexa, Siri, and Cortana. The more our AI becomes adaptive, engaging, and able to learn and memorize things about us, the more we perceive it as human. Can something that thinks also offer sexual consent? Or, as the TV show Westworld so deftly explored, can artificial intelligence experience trauma?

“If AI were to become sentient and self-aware in any way that we recognize, we’d need to reexamine all of our ethics,” Carpenter said. “But right now, AI and robots are just machines.” 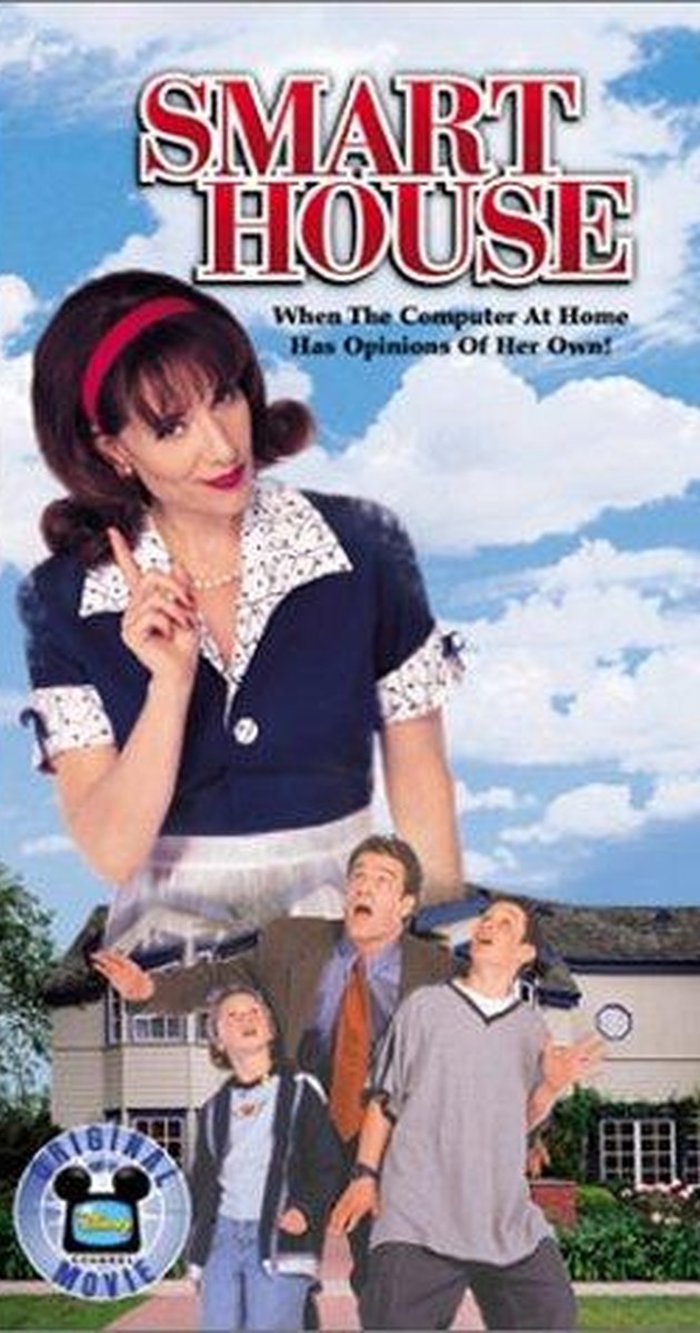 As for the question of whether people will abuse sex robots and sexualized Alexa-type assistants, Carpenter said that’s a given. But that doesn’t make it wrong, she said.

“Are we going to treat things like AI in ways we don’t treat humans? Yes. There’s that freedom of something being non-judgemental,” said Carpenter. “But how we base our interactions with humans is always going to be different than the way we interact with technology.”

Sexualizing artificial intelligence opens up a new world of interaction freed from taboo, in much the same way that Hentai allows pornography viewers to explore taboo or outright impossible fantasies like sex with animals, aliens or monsters. But not everyone agrees with Carpenter’s view of consent. The University of Ireland’s Dr. John Danaher has suggested that childlike sex robotswhich have been theoretically proposed to treat pedophiliacannot offer consent and that sexual interaction with them could be classified as rape. The concept of robot abuse has already inspired a Campaign Against Sex Robots, which ties sexualized technology into a more generalized anti-prostitution stance.

While similar, a sex toy that interfaces with Alexa or Grindr is not the same as a sex robot. Carpenter is quick to point out that while sex with a robot is a direct interaction in a fixed space, networked sex toys encourage teleoperation: “something you’re going to engage with at a distance with a user, a way of furthering yourself into space.”

The one thing that Carpenter does worry about in regards to networked sex toys: data privacy. She stressed a “new burden” for consumers who already struggle to keep up with the influx of privacy agreements attached to apps, websites, and other tech tools which are increasingly mandatory for work and life.

With artificial intelligence, our private data is what helps it “learn” about us and become more useful. “We need to share information in order for things to work and be customized,” said Carpenter. “How the user is going to stay informed and cautious in terms of privacy, that’s another question.”

“I’m sure that when Steve Jobs invented the iPhone, he didn’t know that it was going to revolutionize the transportation industry through Uber,” Brian Dunham says. “Part of it is opening this up to what we don’t know, what we haven’t figured out.”

At CES, the OhMiBod table became a hub for exploring those possibilities. Brian Dunham told MACH that reps from one automotive tech company joked about using the SDK to install powerful vibrating car seats.

“It could be gamification. It could be used in couple’s therapy. There’s proximity sensors in devices now say a couple is dancing and as you get closer together, the vibrations get stronger,” says Dunham, imagining some future expansions in teledildonics that could result from the open SDK.

“The performer will put the remote control by the speakers, and when the customer tips them it creates a sound that sets off the device,” Dunham says. “Our products weren’t developed for this, but again you see the different use cases that arise.”