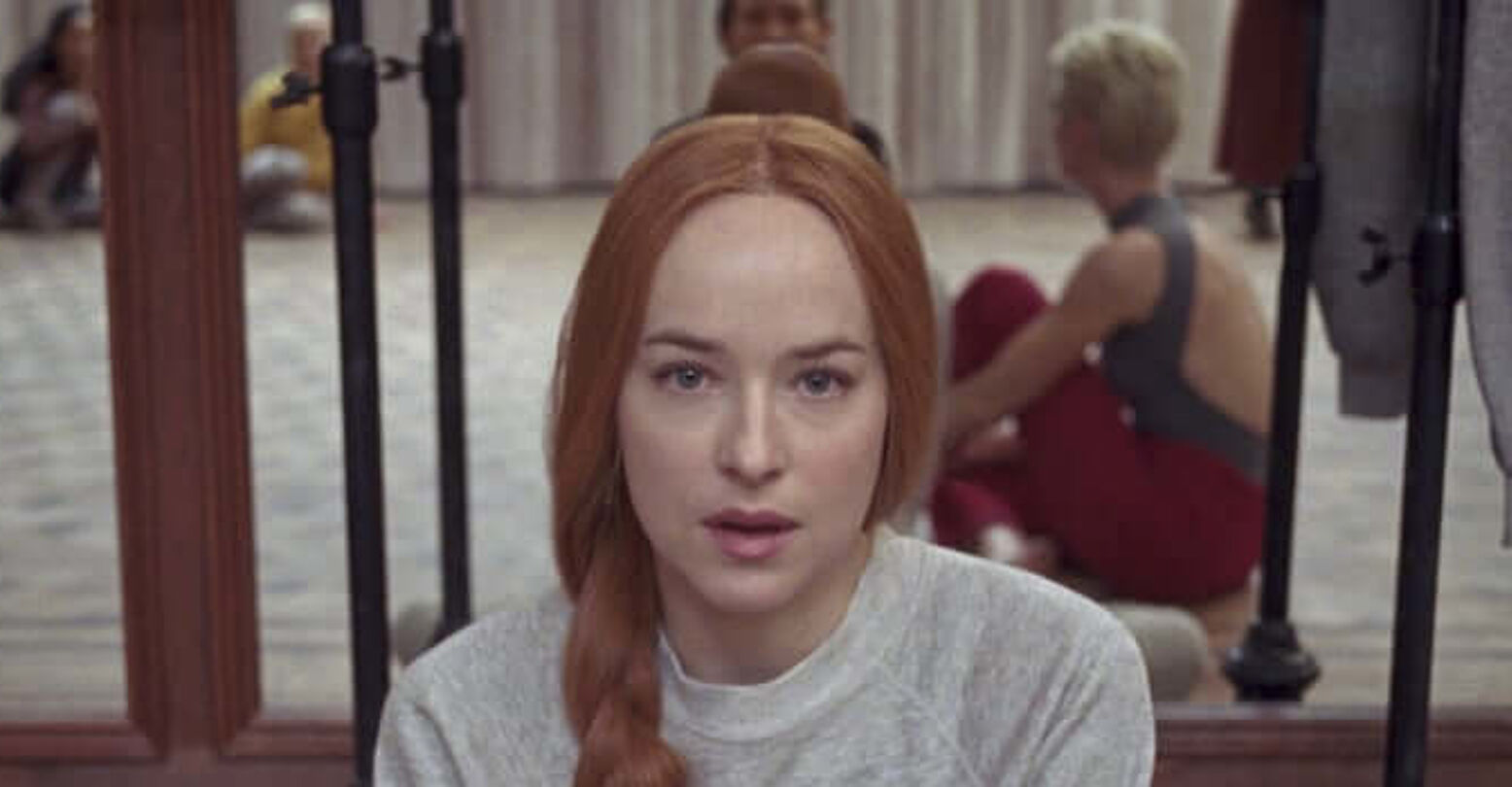 Combining the talents of Call Me By Your Name director Luca Guadagnino with a gender-bending turn from Tilda Swinton was always going to make Suspiria a delightfully queer prospect. However, the themes of female love and obsession that entangle each character throughout actually transcend the physical, much like the primal forces at work in the titular witch’s coven.

Director Dario Argento once described his own version of the film as a “vaguely lesbian story”, explaining that masculinity is avoided almost entirely in favor of the “power relations between women.” As Tilda Swinton was quick to point out after the remake’s premiere in Venice, men are almost non-existent in the new version of Suspiria, numbering just a measly three compared to the 38 other roles taken up by women.

Although no sex scenes occur between these women in Suspiria, feminine energy clearly swirls at the centre of Guadagnino’s reimagining and with even more power than the original. The film may run for a lengthy 152 minutes, but the inherent queerness of the material is made explicit from the very first scene, in which a young dancer called Patricia (Chloe Grace Moretz) storms into the office of psychologist Dr. Jozef Klemperer, an old man who may or may not have been secretly played by Swinton.

The star of The Miseducation of Cameron Post rambles away, trying to explain to the doctor that a woman is “trying to get inside of her.” The figure in question is none other than Mother Markos, a cruel, supernatural force who rules over the entire dance company, but at this point, the true nature of this threat remains uncertain. What is clear though is that Patricia welcomed Markos at first: “I thought I wanted it. I let it happen.” When Klemperer tries to reassure the young dancer, dismissing her fears as mere delusions, Patricia relays her terror with even more graphic certainty, explaining that a mysterious ‘they’ will “hollow me out” and “eat my cunt on a plate.”

Horror films that take place within the walls of an all-girls school are usually a breeding ground for queer tension, but here, David Kajganich’s script coheres such themes far more explicitly than usual, all without ever resorting to a sexual manifestation of said ideas. Instead, the focus here is on something far more artistic.

Promotion for Suspiria has revolved largely around the tagline “Give your soul to the dance,” yet in truth, the soul of this film is dance, which writhes throughout with a serpentine-like malice. Even though the bodies of the dancers are regularly on display and often without much clothing, Guadagnino avoids objectifying them for our enjoyment. That doesn’t mean each thrust or leap isn’t sexual at all, though. It simply means that the sexual nature of such dancing lies within the performers themselves rather than us as the viewer, something which might be unfamiliar and therefore more disconcerting to audiences.

After one particularly disturbing dance sequence where Susie Bannion (Dakota Johnson) unknowingly contorts a fellow student into a nightmare creation, Guadagnino immediately cuts to a far more chilly setting where she and Madame Blanc (Swinton) reflect on the dance over some chicken wings. When asked how it felt inside, the young American tells her new mentor that it felt “like what it must feel like to fuck.” The line itself seemingly comes out of nowhere, but the tension between Bannion and Blanc quickly intensifies from that point on.

Swinton’s character becomes obsessed with Bannion, preparing her for the upcoming trials she’ll face as both lead dancer and a candidate for the occult rituals that the coven wishes to perform. It’s not long before Swinton literally invades her dreams, casting visions into her mind’s eye while strange lights shaped suspiciously like a vagina dart across the walls around her.

Throughout all of this, the relationship between Bannion and Blanc remains surprisingly platonic in a sexual sense, yet the connection they share is as sharp and visceral as that prolonged stare from the restaurant scene in the trailer. One reason for this might be that the pair aren’t lovers in a traditional sense. In fact, it’s no secret that a perverted form of motherhood forms the backbone of the entire Suspiria franchise, and it’s clear that Blanc is also a parental figure of sorts for Bannion too, albeit one distorted beyond normal means.

When Johnson’s character first joins the Markos dance company, Blanc greets her with the phrase “Welcome to our little family”, supposedly positioning Swinton’s character as the matriarch of this school. However, we soon come to learn that all of the witches are in thrall to the power of three entities known as the “Three Mothers,” each of whom apparently predate both the devil and God himself.

Throughout Suspiria, Madame Blanc alternates between a motherly type figure for Bannion and a source of fascination. By the end, though, Kajganich’s script flips the dynamic entirely, transforming Susie into a matriarchal force of her very own that overpowers Blanc entirely. It’s no coincidence that the awesome force of her newfound strength manifests itself through a devastating kiss which quite literally blows her fellow students into pieces.

After this orgasmic climax, Suspiria ends on a quieter note, one where Bannion regrets what her “daughters” did to Dr. Jozef Klemperer, and it’s here that she fully accepts her new role as mother without question. While Guadagnino has already mentioned the possibility of exploring Johnson’s character more in future installments, it’s still unclear how this might play out.

Whether Bannion stays in Berlin or casts her spell over a new coven, what does seem certain is that a Suspiria sequel would continue to push themes of sisterhood to the forefront, taking a defiant stand against masculinity by prioritizing female relationships above all else. No offense to the original, which is a genre classic in its own right, but I can’t wait to see how Guadagnino will continue to transform the mythology of Suspiria from a “vaguely lesbian story” to an impressionistic saga of femininity and the raw, primal strength born of this power.