On Wednesday, noted photographer Ryan McGinley will open a three-day exhibition in New York featuring the work of up and coming photographers. As McGinley had his breakout moment with instant photography, becoming the youngest artist to ever receive a solo exhibition at the Whitney Museum of American Art because of his Polaroids, he was an ideal candidate to choose five emerging creatives that represented the “next generation of Polaroid photographers.” Among the artists is Myles Loftin, with his first series of Polaroids.

Loftin is famous for his series HOODED, which posed as commentary on how items like the hoodie are demonized when in proximity to blacknessa point that is underscored in a display at the Museum of Modern Art’s Items: Is Fashion Modern exhibit. In particular, the project addressed a notion that Trayvon Martin wearing a hoodie was an indication that he was in some way a criminal. 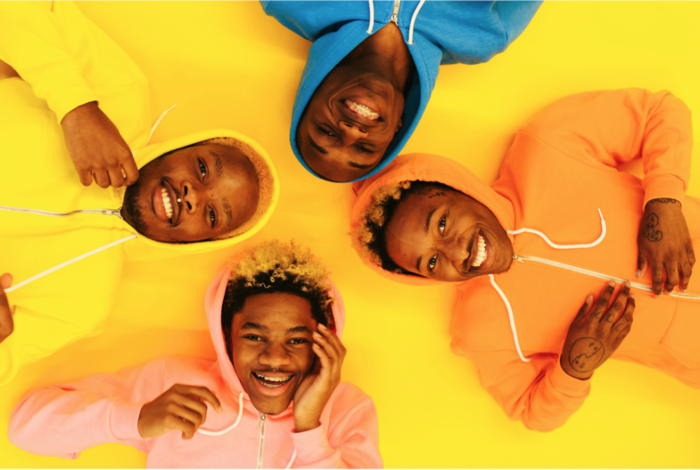 The Parsons student initially created the series which depicts black teens in brightly colored hoodies in a joyful and celebratory way as an assignment for class in December 2016 but released it publicly in March on Milk.xyz.

“I already knew that was a thing but to see it so blatantly, like that, was really annoying,” the 19-year-old says. “So that’s what sparked my idea to do the project.The photos were my attempt to subvert that imagery that was surrounding us and create my own that was more positive and accurate to what I knew.”

That subversion made waves.The story got picked up by BET, Vice, and Al Jazeera. Loftin started getting responses; tweets calling for more imagery in that vein and mothers thanking him for providing visibility for their black children to look to. Those sort of messages were the confirmation of a purpose Loftin had already set for himself.

“My work is mainly about representation of people who are underrepresented in fashion and in general in the media,” Loftin says. “But it’s also about people who might be represented but misrepresented. I’m just trying to tell these stories.” 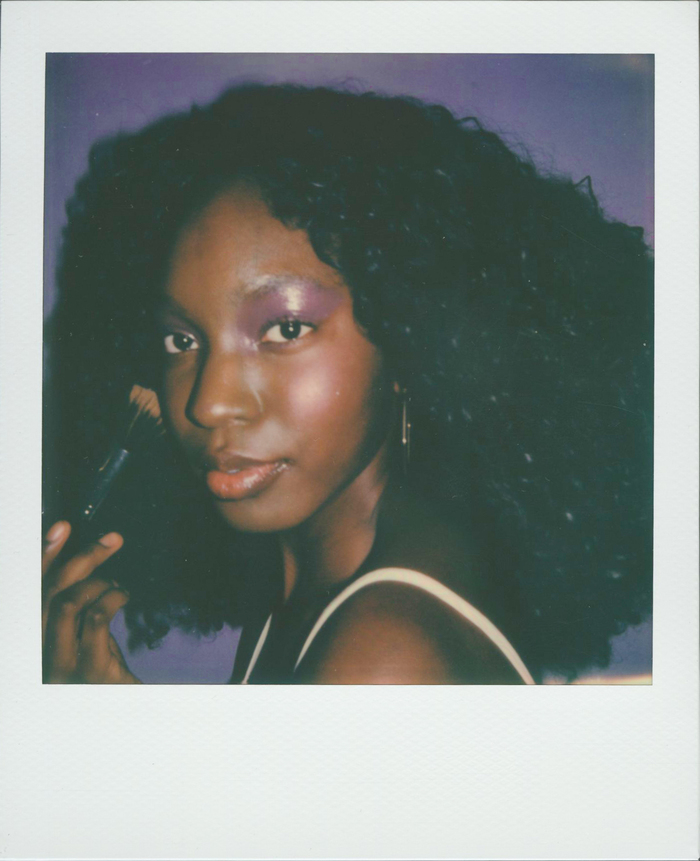 That wasn’t the original purpose of his photography as he got his first camera as a freshman in high school, then inspired by Tumblr. But with maturity that focus was honed and sharpened.

The teenager’s latest project with Polaroid is a continuation of that process, depicting seven of his friends, fellow people of color, as he sees them and as they intend to be seen. The full project features around 100 photos but for the exhibit, only about 20 of his snaps will be shown.

“These are people who I thought had really interesting personal style and expressed themselves in unique ways,” Loftin says, naming other queer photographers like McGinley, Andy Warhol, and Antonio Lopez as inspiration points for the series. “So I tried to capture thatit was centered on identity and how people use their dress and their mannerisms to express their identity.” 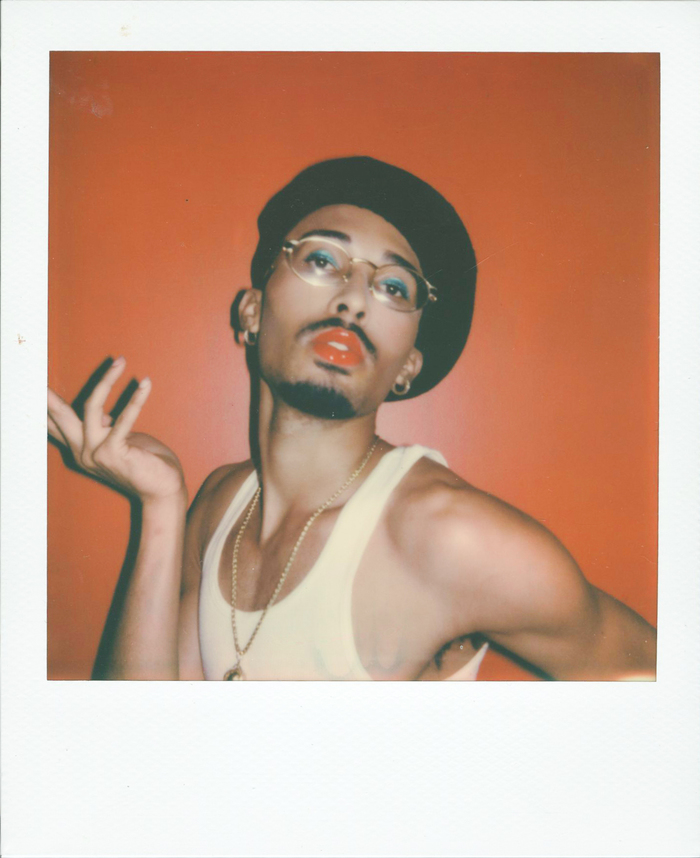 Amongst the selected friends, one uses apparel to express his gender fluidity, shifting between masculine and feminine silhouettes. Another friend identifies as nonbinary and as such Loftin used a banana as a prop in a nod to their body dysphoria.

This representation is sorely needed, but in addition to the positive feedback that HOODED received, there were detractors. They accused Loftin of feminizing and weakening the black man, and of pushing the “gay agenda.”

“It’s like no, I’m just trying to show my reality and just because it doesn’t relate to what you know, that doesn’t make it an issue,” Loftin says. “A few of the people that I photographed were queer but that was not even a focus. It wasn’t about sexuality. It was about the nuance in being black and male that isn’t covered. I wasn’t trying to say ‘this is what black men are’ it’s just ‘this is one way black men can be as opposed to how you’re told they are.’” 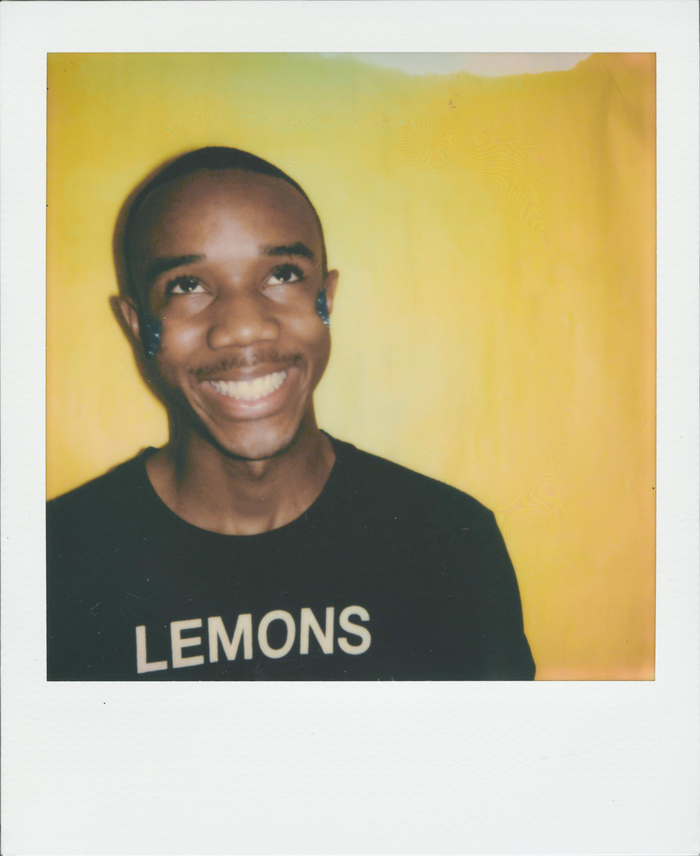 And those sort of depictions, that rebut staid, monolithic ideas about sexuality and race are what Loftin will continue to make his name, going on to say that he hopes to eventually work with companies like TONL, seeking to diversify the options for stock photography.

“It’s really cool to know that Ryan likes my photographs, especially since he was in the same position as me where he was studying at Parsons and went on to do great things,” Loftin said. “I’m actually really interested in the fact that he uses nudity in really interesting ways and I’m also really inspired that he’s able to do commercial stuff but also has been accepted by the art world. With most people you have to do one or the other but he blends the two in a really honest way.”

“New Originals Project” will be on exhibit, open to the public, at Chesterfield Gallery in Manhattan from December 6 to 9. The gallery is open from 11am to 7pm daily. Entry is free.

All images by Myles Loftin