A third accuser has come forward to accuse Jeffrey Tambor of sexual misconduct.

Actress Rain Valdez claims that Tambor kissed her without her consent after first meeting during a table read for Amazon’s embattled family comedy Transparent. In a tweet supporting fellow accusers Van Barnes and Trace Lysette, she says the next time they encountered one another was a 2015 event celebrating Trans Pride.

“Upon seeing me at his arrival, Jeffrey hugged me tight around my waist and planted a kiss right on my lips,” Valdez alleges.

Tambor is just one of a seemingly never-ending series of male celebrities being named in the #MeToo movement, as survivors come forward to report rampant abuse from men in positions of power. More than 85 women have accused mega-producer Harvey Weinstein of assaulting them over the course of his three-decade career; men like Jeremy Piven, Charlie Rose, and Garrison Keillor have also been named.

But what separates Tambor from a majority of the famous men who have sparked a national conversation about consent is that he remains employed.

Although he was fired from Transparent following an Amazon investigation into the multiple allegations, Tambor will appear in the fifth season of Netflix’s Arrested Developmentdue out later this month. Additionally, the 73-year-old has a movie in theaters literally right now (The Death of Stalin) and two more on the way (The Adventures of Drunky and Magic Camp).

The juxtapositions are jarring. After airing Charlie Rose for 16 years, tPBS summarily canned its host when eight women came forward to say he groped them or walked around naked in front of them. CBS and Bloomberg likewise terminated their decades-long business relationships with Rose within the very same day the Washington Post expose was published.

Men like Mario Batali, Garrison Keillor, and Brett Ratner all faced decisive consequences for misconduct claimslosing jobs and lucrative contracts worth millions of dollars. Wonder Woman star Gal Gadot blatantly refused to be in the film’s sequel if Ratner, a producer on the 2017 smash hit, was involved.

Weinstein and Roman Polanski, meanwhile, were both kicked out of the Academy of Motion Picture Arts and Sciences.

But the gold standard is the actions taken against Kevin Spacey. When at least 15 survivors accused the 58-year-old of assault, Netflix fired him from House of Cardslikely killing off his character, Frank Underwood, in its sixth and final season. Ridley Scott’s John Paul Getty biopic All the Money in the World went through extensive reshoots to replace Spacey with Christopher Plummer.

All available evidence shows those properties only benefited from doing the right thing. Plummer earned an Oscar nom, boosting his film’s profile. Canning Spacey reignited interest in House of Cards after years of diminishing returns from the once buzzy show.

It would have undoubtedlybeen difficult for Arrested Development or The Death of Stalin to do the same. The Death of Stalin, in which Tambor plays a bumbling advisor to the titular Russian dictator, had already screened at the 2017 Toronto International Film Festival. The Armando Iannucci-directed political satire was actually shot two years prior. 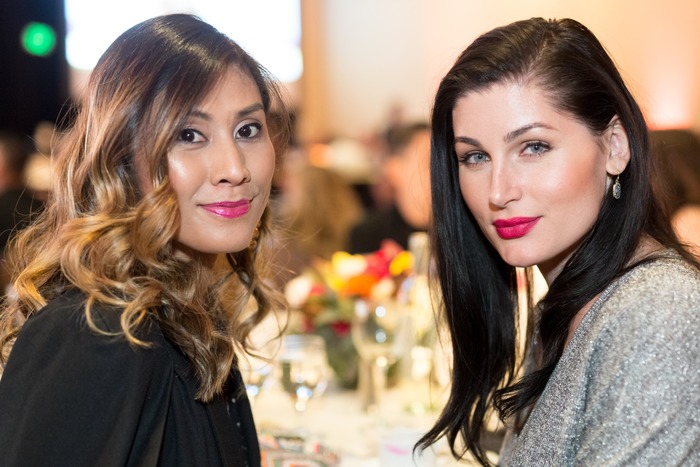 Similarly, the fifth season of Arrested Development was already filming when Barnes and Lysette spoke out for the first time.

But so was House of Cards when Spacey was let go. All the Money in the World managed to complete its reshoots in a brisk nine days, beginning on Nov. 20 and wrapping on the 29th. The process moved so quickly that the film didn’t even have to move its original Christmas release date.

Compare this to The Death of Stalin: Lysette and Barnes came forward last November, two months after its TIFF debut. It was released in the U.S. on March 9. That’s about four times the grace period Scott’s production had.

The Death of Stalin compromised by erasing the actor from its promotional materials, replacing him with co-star Andrea Riseborough. But he remains in the film. When Louis C.K. was accused by four women of predatory behavior after I Love You, Daddy premiered at TIFF, it was pulled from release altogether.

Whereas the cast and crew of All the Money in the World universally condemned Spacey (with Michelle Williams referring to him as a “predator”), Tambor’s cohorts have largely failed to do the same. Iannucci, best known as the creator of HBO’s Veep, called his actor “fantastic in the movie” and “great to work with,” stressing that he’s “very proud of what [Tambor] did in the film.”

Netflix Chief Content Officer Ted Sarandos offered a similar defense of Tambor’s professionalism, as if his ability to be polite, show up on time, and read his lines has anything to do with the allegations at hand.

“In making and promoting seasons four and five of Arrested Development, Jeffrey has always been totally professional,” Sarandos has said.

David Cross, who plays Tambor’s onscreen son-in-law in Arrested Development, additionally claimed that a number of his cast members have come out in support of their costar. In a recent Hollywood Reporter profile, he said, “From the limited amount we know, we stand behind Jeffrey.”

Cross did not name names, but the list does not include Alia Shawkat or Jessica Walter, the latter of whom pointedly offered a “no comment” to the THR story.

There’s no better example, however, of the double standard allowing Tambor to receive a virtual free pass than the THR profile itself: a sympathetic portrait painting the accused as contrite (i.e., “trembling”) and his accusers as suspect. Whereas Tambor is described professionallyclean-shaven in a button-down shirtwriter Seth Abramovich takes great pains to detail Lysette’s former employment at a “Manhattan strip club.”

“[S]he never let on to the clientele that she was transgender,” Abramovich writes in the now-controversial piece. “After a bad breakup led to a suicide attemptshe slit her wrists on a side street walking home from the strip club one nightLysette was admitted to Bellevue Hospital’s psychiatric ward.”

In a telling editorial choice, Abramovich states that the actress “prefers not to disclose her age,” subtly undermining her account. “If she can’t tell the truth about how old she is, what else is she hiding?” casual readers might ask.

On Barnes, he notes the former assistant’s raunchy sense of humor. “She’s the dirtiest fucking talker in the world,” says an unnamed source.

Transparent actress Alexandra Billings called out the THR story’s undercurrent of apologia in a Huffington Post op-ed published Friday. In the piece, Billings claims there’s a reason Tambor continues to find work, support, and favorable coverage when so many of his peers have been hung out to dry: His accusers were transgender and that makes them “disposable.”

“This man harassed trans women, and that makes a difference,” she wrote. “This man treated these trans women the way most males treat us: like a fetish.”

While there are undoubtedly parallels to the violence transgender women face every day because society views them as expendable, the Tambor allegations get down to core questions about which #MeToo accusers are believed and why.

Women like Barnes, Lysette, and now Valdez are being held to a different standard than other survivors of sexual assault for another troubling but all-too-real reason: Far too many people do not view trans identities as valid. As a recent IPSOS survey found, 32 percent of respondents in the United States claimed transgender individuals are mentally ill, while the same percentage say they are “committing a sin.”

A little less than half of those surveyed (41 percent) report that they worry about transgender people coming into contact with children.

Laws in the vast majority of U.S. states support the treatment of trans Americans as disordered, sinful, deceptive, and even dangerous. If someone kills a transgender person after discovering the deceased’s gender identity, 48 states (and D.C.) allow the defendant to plead “temporary insanity” in court.

This argument, that being exposed to a transgender person is so traumatizing it could literally drive someone to murder, was used following the 2014 death of Filipina Jennifer Laude. Joseph Pemberton, a private first class in the U.S. Marines, argued that he felt “violated,” “angry,” and even “raped” when Pemberton learned the woman in his Manila motel room was trans. He subsequently drowned her in a toilet bowl.

Additionally, 30 states lack sweeping laws allowing trans people to use the bathroom that corresponds with their gender identity. In Arkansas, Louisiana, Oklahoma, Texas, and Wyoming, Tambor’s accusers wouldn’t be “woman enough” to legally use the women’s restroom at a rest stop.

In 2016, Kansas Republicans put forward legislation penalizing schools $2,500 every time a trans person uses the bathroom that corresponds with their gender identity.

“Children and young adults have natural and normal concerns about physical privacy when they are in various states of undress and most wish for members of the opposite sex not to be present in those circumstances,” reads the Kansas Physical Privacy Act, which adds that using the bathroom with a trans person causes “potential embarrassment, shame, and psychological injury to students.”

Around half of people in the U.S. support bills like these, which intentionally misgender trans people, force them into spaces that make them vulnerable to harm, and erase their identities.

When 47 percent of Americans don’t accept that transgender people are who they say they are enough to allow them to use the restroom in peace, that sets up an impossibly high hurdle for trans survivors of assault to clear. If society-at-large begins from a premise of believing transgender women are fraudulent, what happens when they are targeted for sexual abuse?

The truth is that while every single person who has shared their story in the #MeToo era is brave and deserves to be heard, not all of these narratives are treated with the same weight or respect. Some start a movement; others are excused, rationalized, and dismissed.

Of those aforementioned women who detailed 30 years of unchecked and enabled abuse from Mr. Weinstein, just two received direct denials from the man himself: Lupita Nyong’o and Salma Hayek.

In a conversation at the Cannes Film Festival, Hayek claimed the fact that the actresses are both women of color is no accident.

“We are the easiest to get discredited,” she said during the Croisette’s Women In Motion panel. “It is a well-known fact. So he went back, attacking the two women of color, in hopes that he could discredit us.”

As we experience a backlash against the #MeToo movement with men exposed by these allegations coming forward to share “their side” of the story, it’s the voices of the marginalized who will bear the brunt of these repercussionsjust as they always have. Women of color and transgender women will be silenced, ignored, and attackedjust as they always have.

If we want to create a world that treats the stories of trans survivors equally to others who have courageously shared their truths in the #MeToo era, it starts with even more fundamental work. We, as a culture, must first believe them.