Legendary filmmaker and raconteur John Waters is the type of person you would know if you saw. His style is iconic: his pencil-thin moustache, drawn on every morning, and slicked-back hair is often paired with an outfit by Commes des Garçons (his favorite fashion line). It’s a look that, for the past twenty years, he’s called Disaster At The Dry Cleaners. “I shop in reverse,” he writes in Role Models. On the phone, he reminds me that “you can’t have bad taste if you don’t have good taste first.”

However while tastes can change depending on the season, John Waters has always been en vogue. With a career that has spanned five decades, seventeen films, three books, and appearances on every major late night show, he has shown no signs of stopping.

What makes his fame so fascinating and inspiring, especially for a gay man, is his crossover appeal. Your straight, Wonderbread relatives might know him for Hairspray, the 1988 movie that was made into a 2002 Broadway musical, which again, was re-made into a 2007 all-star Hollywood production starring John Travolta, Queen Latifah, and Amanda Bynes. 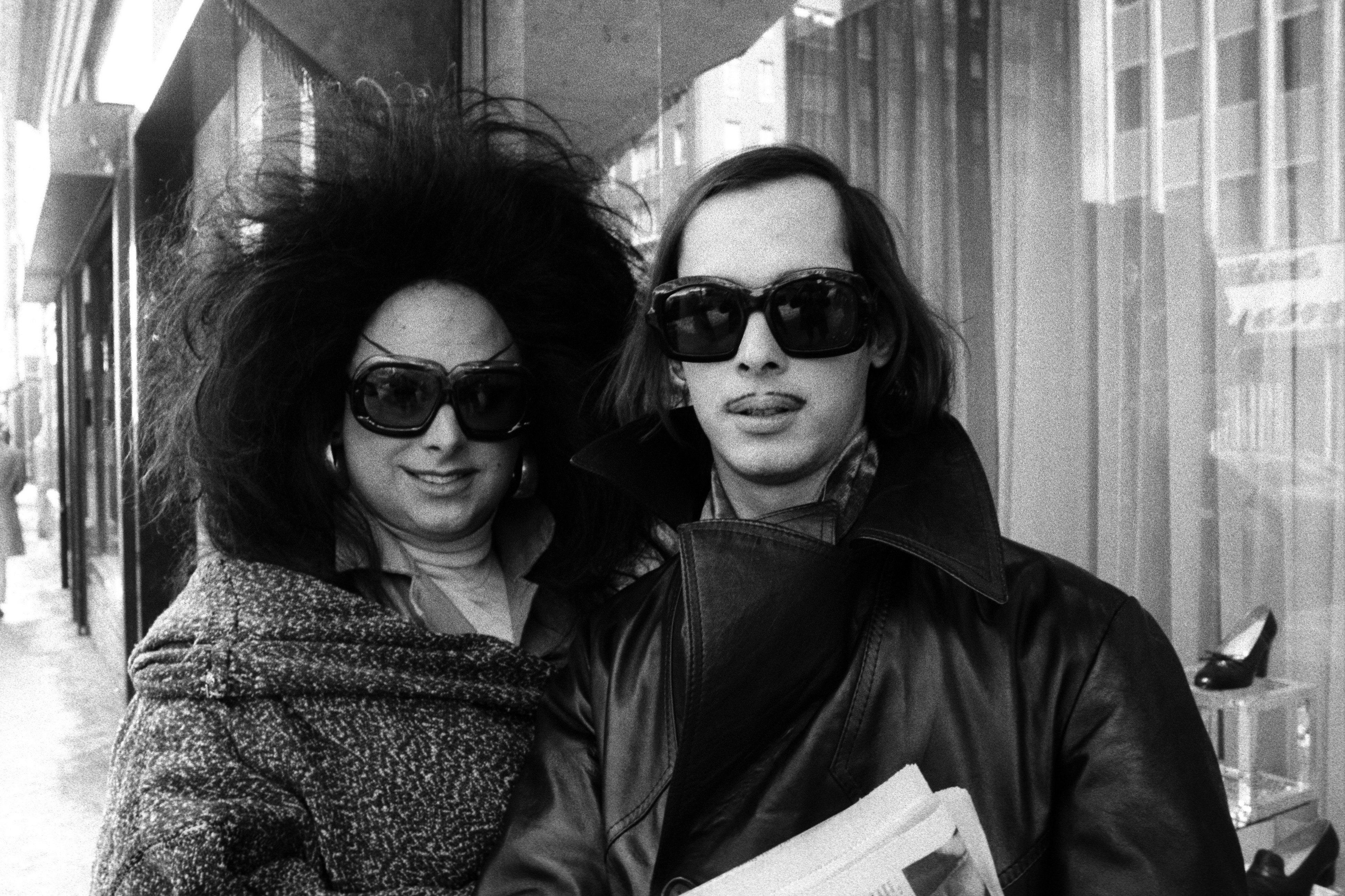 But let us not forget that moment when Divine ate dog shit inPink Flamingos(1972), or that Kathleen Turner became a homicidal homemaker inSerial Mom(1994). Or the line, fromFemale Trouble(1974), which we really should resurrect as the shadiest read of all time: “I wouldn’t suck your lousy dick if I was suffocating and there was oxygen in your balls!” (Here, here, honey. You tell that man.)

Well, The People’s Pervertor the Ayatollah of Assholes, the Pope of Trash, the Prince of Pukepick whichever playful moniker feels right for youis, as they say, back. His critically-acclaimed one-man show “A John Waters Christmas” has been described as a “trigger warning for holiday traditionalists.” To that, I say: yum.

The show promises to ask the pertinent questions of the season, like: Is Prancer the only gay reindeer? Has Santa ever been nude? Should we disrupt living créche celebrations this year in the name of political action?

One does wonder, especially in the Era of Trump. So during our phone conversation, I asked Mr. Waters a burning question that maybe more than a few of us have wondered: Is Santa well-hung?

“And what is the name of the North Pole’s hottest new bathhouse?” I asked.

“Do you think Mrs. Claus has any naughty kinks?” 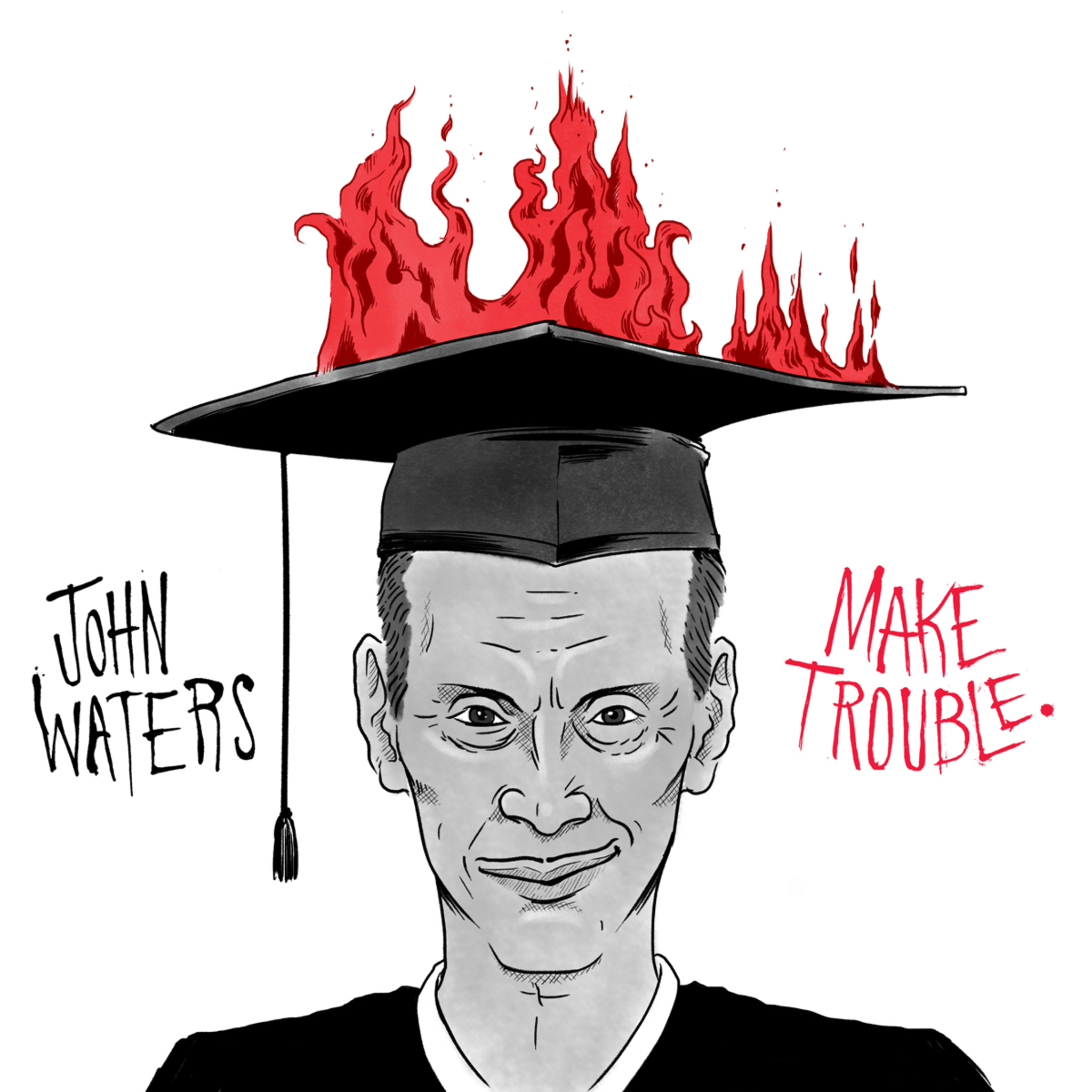 The idea for this Christmas show came about years ago. He first performed it in San Francisco’s Castro district and it has evolved from there. He has been doing spoken word shows for years and this season’s show is just a version of that.

When I asked him what work this show is doing and how he imagines this show fitting into his larger body of work, he told me that it’s just a written story, that he writes everything he does, and that traveling around with this show is an important way to stay in touch with his audience and to see what people are thinking and doing.

I told him that when I think of Christmas, I think of childhood and purity and innocence. It’s a holiday loaded with socio-historical symbolic value, and I wanted to know why, as a queer man, as the People’s Pervert, did he want to take on Christmas, of all things?

“You can take tradition and still twist it no matter the politics,” he said.

He didn’t laugh, as I hoped he would. “I don’t want to do that,” he said. “I want to make Christmas better. I want to make it better for everyone. For crazy Christians, for anybody.”

I prodded again. “So is this just for fun and entertainment,” I said, “or are you co-opting Christmas to make a political point?”

He said he was too modest to say the second, though I think one could argue that anything remotely radical and queer can be seen through a political lens.

“I make it for the audience,” he said. “I make it so that the holidays are easier to get through.”

If I had to identify three thingsthe holy trinity, if you willthat John Waters revisits, in no particular order, they would be Baltimore, nuns, and Tennessee Williams.

Baltimore is, of course, where Waters hails from. One wonders, what is in the water there? It’s the place that turned him into who he is today. The place where he set his films and formed his ensemble of DreamlandersDivine, Edith Massey, Mink Stole. The place where, as he writes in “Baltimore Heroes,” he would go watch a lesbian stripper named Lady Zorro: “Zorro was so butch, so scary, so Johnny Cash. No actual strippingshe just came out nude and snarled at her fans, ‘What the fuck are you looking at?’”

To this day, he claims Zorro is his inspiration. Who could blame him? Lady Zorro is basically my forever mood.

In “Cult Leader,” an essay-turned-exercise-in-hyperbole about forming a new cult that requires members to make a pilgrimage to Baltimore (as one does) as an act of “radical holiness,” he writes: “Filth is just the beginning battle in the war on taste.” 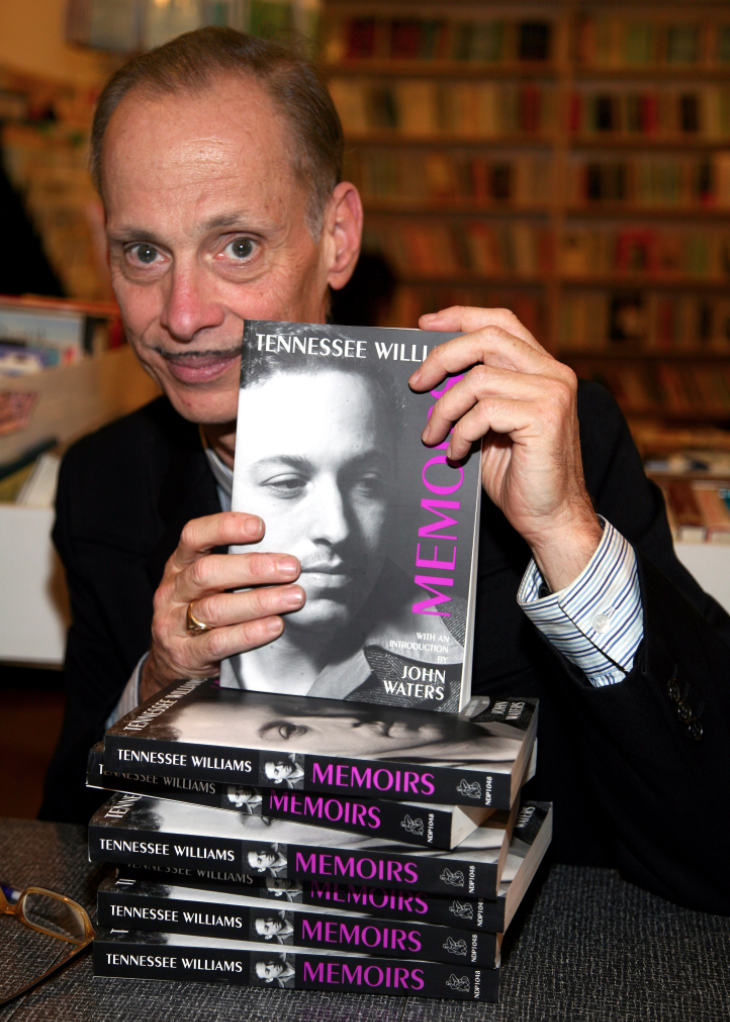 His preoccupation as an artist, then, appears to always revolve around a question of taste and subverting the powers-that-be who deem what is good and what is not. John Waters, after all, does not like being told what not to like.

This brings me to his preoccupation with nuns. It’s no surprise, considering he grew up Catholic and nuns are notorious for beingshall we sayvery much themselves. He mentions nuns in Role Models, his 2010 essay collection published by FSG. He returns to them in his new vinyl record of Make Trouble, his first spoken word album to be featured as a record.

On this new album, there is an entire chapter dedicated to “Evil Nuns.” The story goes like this: the nuns hated the private grade school kids who were sent to Sunday school because it meant their parents, for whatever reason, were not enrolling their children in Catholic school. So they spent their time railing against everyone. “They told us that our parents were going to hell,” he said, “and that we were going to hell, we’re all going to hell, and they’d read a list of condemned movies to us. And we were six years old.”

Later, in “The Kindness of Strangers,” he writes: “Of course I knew who Tennessee Williams was. He was a bad man because the nuns in Catholic school had told us we’d go to hell if we saw that movie he wrote, Baby Doll.”

As one could imagine, John Waters loves Tennessee Williams. So much so that whenever he summers in Provincetown, he pays a pilgrimage to the wharf where a young Tennessee Williams is rumored to have written A Streetcar Named Desire, as well as the Little Bar, where one can find an old black and white photograph of a naked Tennessee Williams in the dunes.

“The thing I did know after finishing [Tennessee Williams’s One Arm] was that I didn’t have to listen to the lies the teachers told us about society’s rules,” he writes in “The Kindness of Strangers.” “No, there was another world that Tennessee Williams knew about, a universe filled with special people who didn’t want to be a part of this dreary conformist life that I was told I had to join.”

And now we find ourselves at the time of year that, depending on your perspective, is either a relief or a burden. How many of the same Christmas trees? How many of the same white Santas in suburban malls? Christmas might just be the epitome of dreary and conformist, for some. Perhaps it does not come as a surprise, then, that many queer people have a hard time with this holiday. Not just for religious reasons, but because returning home can, as John reminds me on the phone, be difficult.

“I just want to make the holidays a little easier to get through,” he says again at the end of our conversation.

“What should we all buy our favorite fuck buddies this Christmas?” I ask in good fun.

He loves books. He has amassed a collection that, by now, exceeds 8,500 in his personal library. His favorite? “Jane Bowles’ Two Serious Ladies,” he writes in “Bookworm.” It was Tennessee Williams’s favorite book, recommended to him by Elloyd Hanson, “the late, great co-owner of the Provincetown Bookshop.Once I read it, I felt insanely grateful to have gone beyond the door of literary lunacy into a world of complete obliviousness to emotional reality. I’ve never come back.”

And so I say, this Christmas, go there with him.

“A John Waters Christmas” runs from November 27 to December 21. Tickets are available for performances in Chicago, Seattle, West Hollywood, and Alexandria.

“Make Trouble” is out now as a 7” vinyl record through Jack White’s Third Man Records.

Joseph Cassara is the author of the upcoming novel The House of Impossible Beauties, which will be published in February by Ecco/HarperCollins. For more information, please visitjosephcassara.com.