Jonah Hill has spent the last five years trying to parlay his funny-man fame into Oscar-worthy roles. In his latest project, he takes a stab at a queer character in Gus Van Sant’s new film, Don’t Worry, He Won’t Get Far on Foot. The actor plays the role of Donny, a recovering alcoholic living with AIDS.

Some are saying the role is Hill’s most serious project yet. The 34-year-old actually connected to the character in ways he may not have expected to. “Donny’s the first character I’ve played who’s at ease with himself,” he told Out. “Even when he’s sick, he’s accepted his life and who he is. It’s fuckin’ inspired. And it really helped me get more comfortable with myself.”

Hill made a name for himself in 2000s buddy comedies like Superbad and 21 Jump Street. While Jonah is proud of his past work, he’s aware of the valid criticism they’ve drawn years later for poking fun at homoerotic themes. “I loved those films,” he said, elaborating, “They’re so funny and well-intentioned, but if I look at the bromantic comedy thing now, I wonder if it’s bordering on making fun of two men being close. Thinking about it, I’m like, ‘What’s funny about being close to your best friend? Nothing.’ It was a different time.” How evolved! 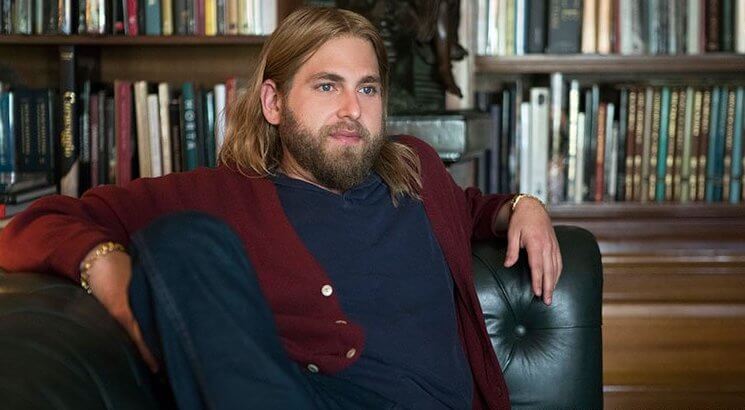 The Wolf of Wall Street actor raved about working with legendary gay filmmaker Gus Van Sant. Hill said that he met the director years ago, but it wasn’t until recently that they really connected. “I met Gus a while ago. He’s comically hard to read. I said, ‘I’m such a big fan — so nice to meet you!’ Then I was like, ‘Oh, shoot…I embarrassed myself.’ Years later, he wrote me an email that said, ‘I want you for this part next to Joaquin Phoenix,’ and sent me the hook.”