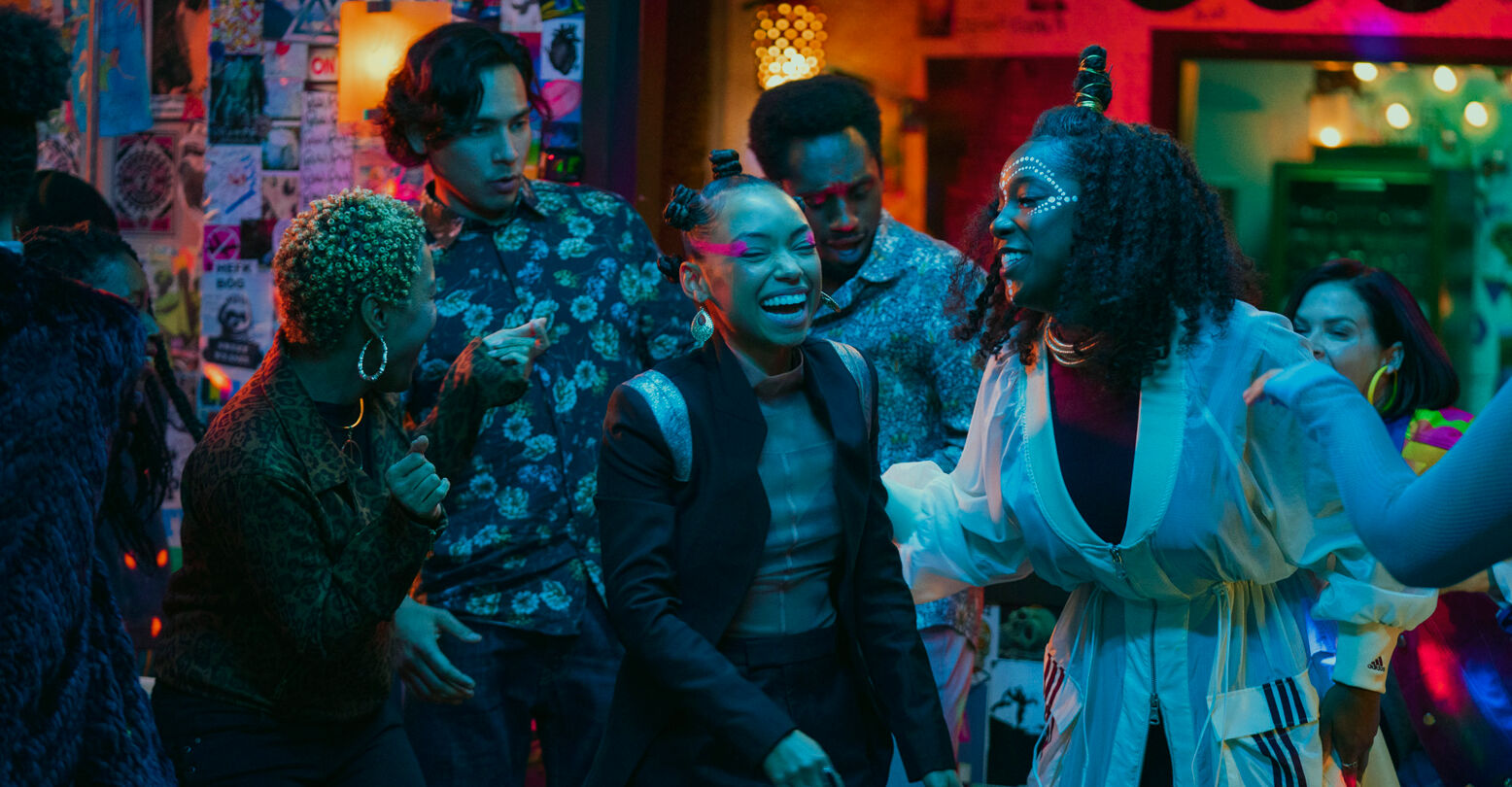 A few years ago, I had the pleasure of meeting Justin Simien while covering a Trevor Project fundraiser. While interviewing him just briefly on the red carpet for a gala put on to support queer youth in crisis, the Dear White People creator said something to me that I think about often. He explained that while yes, it’s critical to talk about the importance of diverse representation in media as it pertains to how queer youth see and understand themselves, it’s also important to create shows that people simply enjoy watching.

Sometimes it feels like when it comes to showing Black and brown and queer bodies on screen, on stage, or on bookshelves, our trauma always has to be on display, too. Our struggles and hardships are part of our journey to acceptance—internally and externally—but so is our joy and success.

Our lived experiences are essentially always political, so we can never just be. But there is always sun after the storm, and with the rainbow flag being our symbol, can we see a few more rainbows?

The Dear White People Netflix series, based on the 2014 film of the same name, has been one of those sunny bright spots on TV since it premiered in 2017. While I loved watching how the satirical dramedy addressed modern-day racism and queer themes, it was also just great to see young Black actors and young Black and queer characters on screen being quirky, eccentric, nuanced, and carefree.

Our struggles and hardships are part of our journey to acceptance—internally and externally—but so is our joy.

One of my favorite lines from the series comes from Ashley Blaine Featherson’s character Joelle Brooks. She said, “Sometimes being carefree and Black is an act of revolution.”

At the height of the Black Lives Matter protests last summer, that quote was broadcasted on a billboard in Times Square with a photo of the show’s leading ladies laughing in their pajamas and bonnets.

That image alone touched me much more than seeing Black Lives Matter being painted outside of our former President’s high-rise building 10 blocks away on 5th Avenue.

Ahead of the fourth and final season dropping on Netflix, promo videos for the show opened with sweeping shots of billboards that read “Black Joy Matters.” After binging all of the 90s musical-themed episodes in a matter of days, I couldn’t help but be inspired and impressed by how the show tackled distressing dilemmas queer and Black people—and those of us with both or more identities—face but somehow kept Black joy centered.

Like how viewers get to understand sex workers’ plight and how laws like SESTA/FOSTA still affect them during a rousing rendition of Johnny Gill’s 1990 hit “Rub You The Right Way.”

The resilience of Black people and queer people alike: we know how to make lemonade when life throws lemons at us.

I think back to when Dear White People premiered—during a time when our country’s president wanted to ban transgender people from serving in the military and white nationalists were marching with tiki torches to protest removing Confederate statues. And I think about where we are now as a country—currently still healing from last summer’s racial reckoning and a global pandemic that’s disproportionally affecting Black and queer communities.

Though things seem sour, we’re also living in the era of Lil Nas X making out with a dancer at the BET Awards and Billy Porter being the first openly gay Black man to win an Emmy. There’s still much Black joy to celebrate so it feels right that this final season is full of song and dance.

And as I spoke with Justin Simien one last time as he closes out the “Dear White People: era of his career, it was quite fitting that he once again gave me food for thought that will stay with me, in the form of a message to Black queer youth today:

“Your Black queerness is the reason why folks want to stop you,” he said. “Behind everything people love—pop, dance, fashion—we’re there. Being Black and queer is literally a superpower you come into the world with, and they sense how powerful we are. Realize and embrace it.”

He continued, “Wear it not just on your sleeve or in defense, but let it light you up from the inside so it can be the thing that drives you, your work, and your life so you can be free and faster. It’s the best thing about you.”

The fourth and final season of Dear White People is streaming now on Netflix. ♦