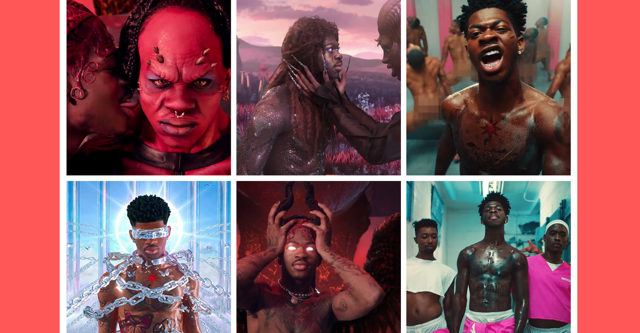 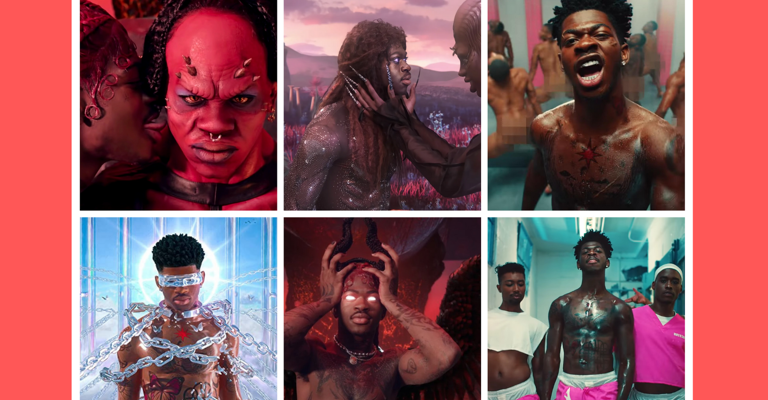 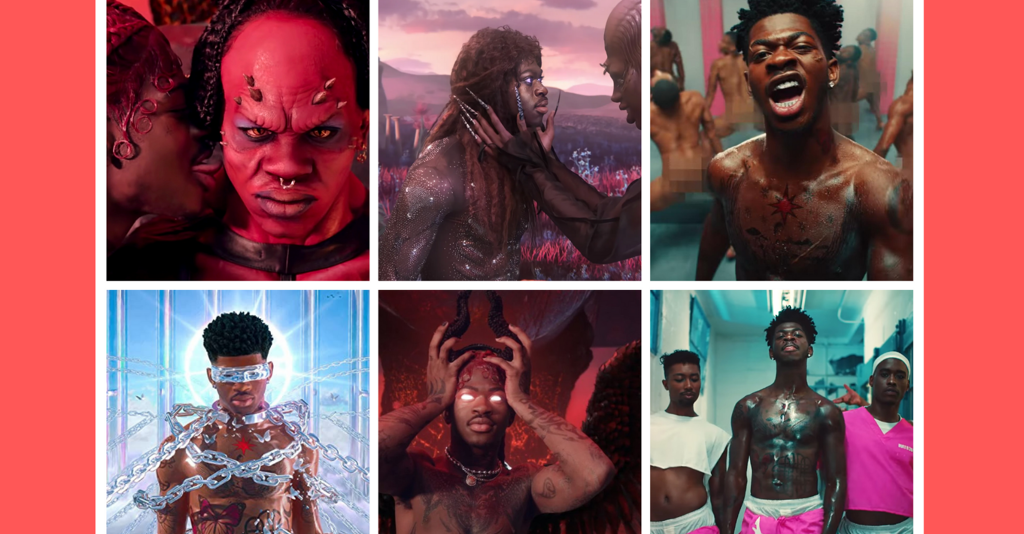 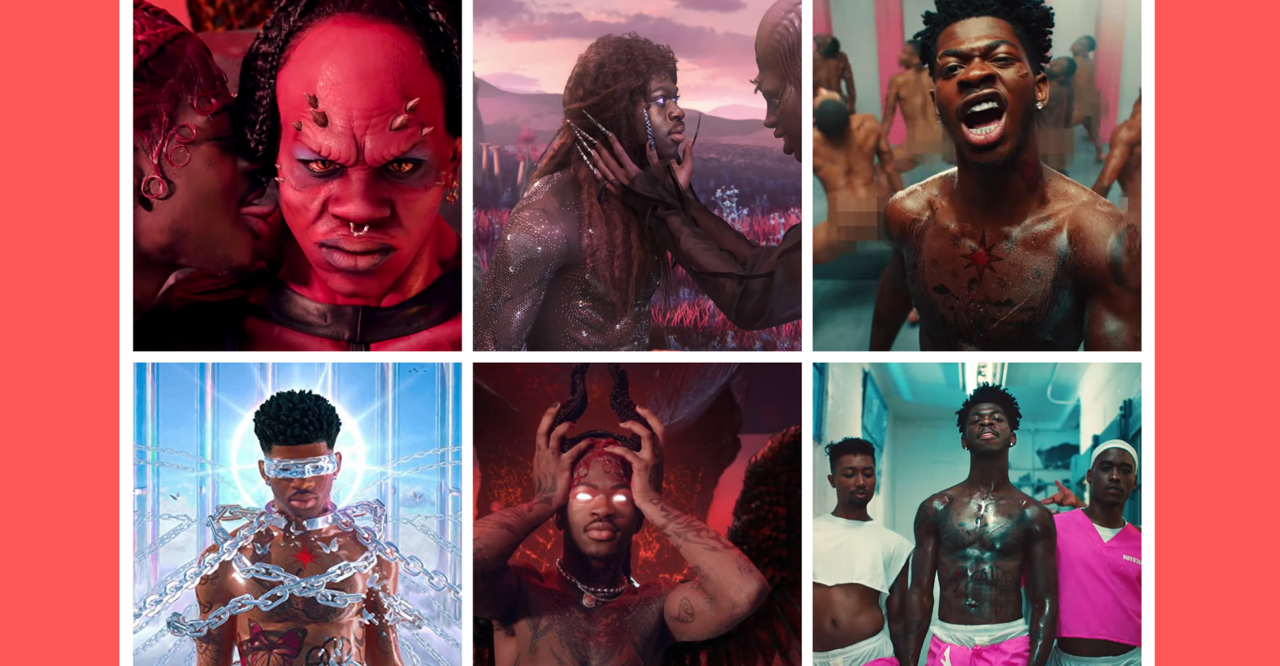 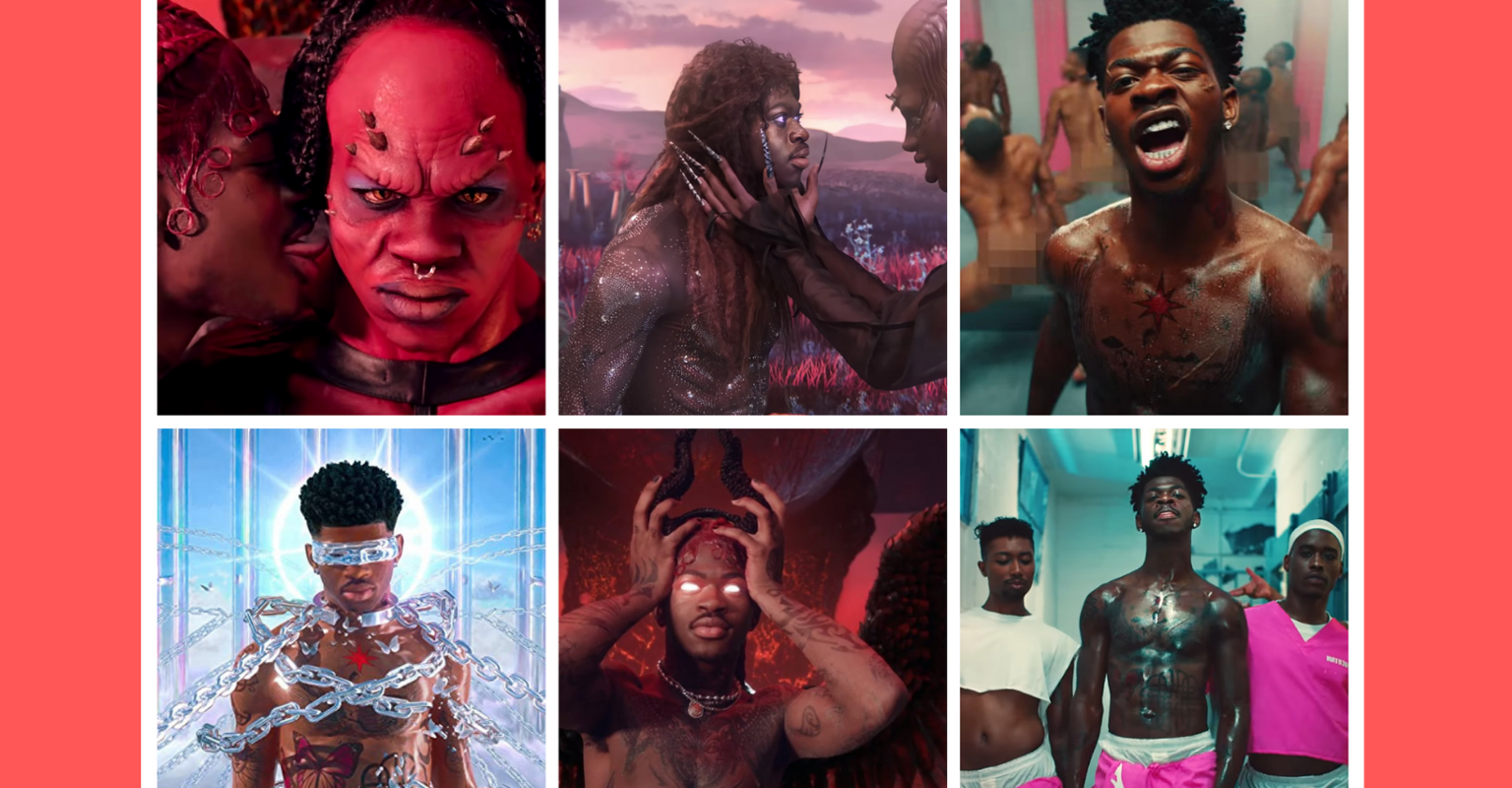 Lil Nas X understands how people see him. Because of this, his work is not only self-referential, but responsive: it takes on how people understand and misunderstand who he is as an artist.

In his three most recent music videos, “Montero (Call Me by Your Name),” “Sun Goes Down,” and “Industry Baby,” Lil Nas X addresses how he has been treated as a queer Black man— sometimes through the songs themselves but mostly through the visuals, settings, and stories of his videos. In these three songs, Lil Nas X choses three hot button topics of conversation about queerness— hell, school dances, and prison. Though Lil Nas X is clearly touching on the religious framework of sin, same sex couples at school dances, and the anxiety around homosexuality in prison, his responses are not wholly reactionary. Instead, he uses these settings to express his own identity, history, and presence as an artist.

In his videos, Lil Nas X dominates every aspect of the worlds he falls into. He doesn’t simply go to hell. He becomes the king of it. He doesn’t just show up to the dance, he becomes the life of the party. He doesn’t just go to prison, he leads a prison break. “Montero” places Lil Nas X where his dissenters want to place him—hell, and he plays the role homophobic people think he does— dancing with the devil. But he doesn’t constrain himself to that role. He’s everywhere. At the center of a blooming flower. In the mass of a purple cloud. He’s Eve and the serpent. The judge and the judged. He isn’t the hero. He isn’t the villain. He plays it all, forcing the audience to (at least visually) address his complexity.

In “Sun Goes Down,” Lil Nas X adopts a different tactic. He is his most straightforward and vulnerable, as he sings about (and shows) the impact homophobia and racism have had on him, while reminding people exactly how young he is (his prom poster reads “Class of 2017”). People who recognize Lil Nas X as an unapologetic artist hear him singing, “These gay thoughts would always haunt me/ I prayed God would take it from me,” and realize that clapping back to homophobes on social media doesn’t mean that homophobia doesn’t hurt. And just because he’s confident now, doesn’t mean that he always was.

In his videos, Lil Nas X is everywhere: At the center of a blooming flower. In the mass of a purple cloud. He’s Eve and the serpent. The judge and the judged. He isn’t the hero. He isn’t the villain.

But the video that most directly addresses how people see Lil Nas X is “Industry Baby.” At the beginning of the video, Lil Nas is sent to Montero State Prison, the result of a trial that is ostensibly about his satanic shoes but is really more about his being gay. Three months into his stay, Lil Nas X takes a break from inverted sit-ups to polish his awards, singing “Couple racks, ayy/ Couple Grammys on him/Couple plaques, ayy/That’s a fact, ayy” before the camera swings to a male dancer twerking on Lil Nas as he throws bills in the air. Lil Nas X knows that his awards, his popularity and his queerness aren’t separate and can’t be separated, and he wants the audience to know that too.

“Industry Baby,” the title itself a play on the oft-repeated accusation that Lil Nas X is an “industry plant,” is the most self-referential of these videos, centering several “controversial” moments of Lil Nas X’s career (while providing a couple more for people to be angry about). The poster on his cell wall covering his escape route (a la Shawshank Redemption) is an image of him kissing a dancer during his performance at the BET awards. During his escape, the security guard he must avoid (out gay actor Colton Haynes) surreptitiously watches Lil Nas X’s “Montero” Satan lap dance while licking his lips. But it isn’t just the music video that addresses Lil Nas X’s career, the song itself is about how people have underestimated him every step of the way.

No matter how many people have told Lil Nas X that he’s over, he’s always come back. The lyrics point out, “I ain’t lost since I began, yeah/ Funny how you said it was the end, yeah/ Then I went did it again, yeah.” Lil Nas X could have easily become a one-hit-wonder (mind you, his first hit “Old Town Road” was one of the most popular songs ever). He could have lost his career after coming out or after any of the bold choices he’s made since. But he hasn’t, and he’s here with “Industry Baby” to remind people of that.

Music aimed directly at an audience often falls flat, but “f*** the haters” songs aren’t usually written by someone as audience savvy as Lil Nas X is. No one can argue that Lil Nas X has haters (and very vocal ones too), but this letter he’s written to them works because it isn’t really about them at all, but about himself and what he can do. He understands the world he lives in, and he’s not going to stop because some people hate him. Instead, he’s going to use the aesthetics of that hate in his art.♦