In our new “Get INTO” series, we rummage through Netflix each week to find the very best movies that LGBTQ cinema has to offer. However you identify, these tales of love, sex and the everyday experience of queer life all deserve a special place in your Netflix queue. Also, some of these films are super hot, so whether you’re alone or with a special “friend,” rev up everyone’s favorite streaming service and get ready to chill with some of the best queer movies on Netflix. 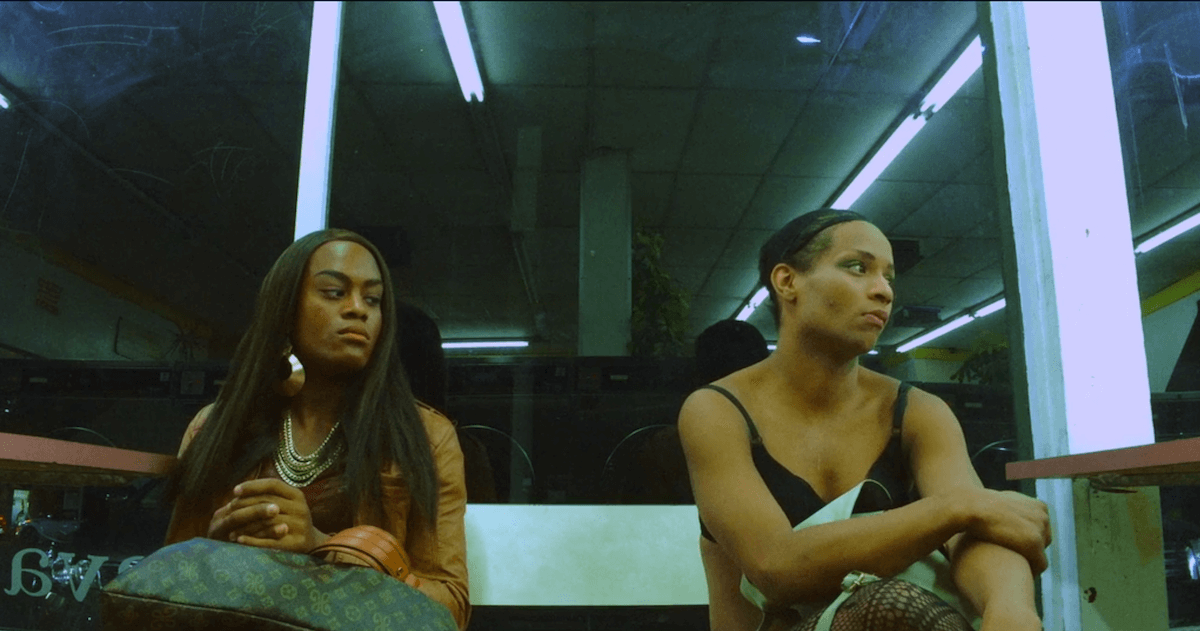 What is Tangerine? Shot on three iPhone 5s, Tangerine represented a huge leap forward when it was released in 2015, helping to further democratize the process of filmmaking with incredible flair and beauty. At the end of the day, though, a film is only as good as the story it tells, and Tangerine tells one hell of a story.

Before he helmed The Florida Project, director Sean Baker created a pseudo fairytale starring Kitana Kiki Rodriguez as Sin-Dee Rella, a transgender sex worker who discovers that her pimp boyfriend is cheating on her with a cisgender woman. Enraged by this betrayal, Sin-Dee storms through Hollywood on Christmas Eve with her friend in tow, but along the way, their friendship is tested.

Who’s in it? Unlike most Hollywood productions released around the same time, Tangerine cast two openly transgender actresses to play transgender characters, adding even more authenticity to a script that the performers improvised with Sean Baker and Chris Bergoch.

Following the film’s release, Kitana Kiki Rodriguez and Mya Taylor became the first openly transgender actresses to become the focus of an Academy Awards campaign, but neither of them earned a nomination. Still, Rodriguez came close with a few award nominations and Taylor won the Gotham Award for Breakthrough Actor before going on to appear in the TV show Dietland.

What does Rotten Tomatoes say? “Tangerine shatters casting conventions and its filmmaking techniques are up-to-the-minute, but it’s an old-fashioned comedy at heart — and a pretty wonderful one at that.”

What do we say? Given the way that it was filmed, Tangerine is surprisingly beautiful from a technical standpoint, but the real draw here is the chemistry shared between Rodriguez and Taylor. Despite resenting a world that often ridicules them, their fierce determination is admirable from the get-go, and there’s no telling where even a simple conversation between them will lead thanks to their improvisational style and spitfire way of talking.

So it’s intense? Among the fights and a stubborn desire for revenge, Baker also draws out quieter moments from his two leads that are arguably even more memorable thanks to the strength of their performances. Whether they’re singing to an empty nightclub or finding solace in each other’s arms, it’s in their scenes together that Rodriguez and Taylor shine brightest, much like the tangerine sunsets that scorch the skies above their city.

But isn’t that all a bit stereotypical? Yes, depicting trans women as loud-mouthed sex workers is a cliche that cinema should start veering away from, but the team behind Tangerine dives far deeper here, exploring the everyday reality of trans sex workers without patronizing them or sensationalizing their story. By casting trans POC and including them in the creative process, Baker shines a more authentic light on a group that’s hugely marginalized even within the LGBTQ community.

Tangerine might represent a number of things to a number of people, but whether you perceive it to be a brutal trans drama, an explicit fairytale, or a heartfelt Christmas story, Baker’s indie gem is ultimately about the family you choose and what they mean to you. Honestly, there’s nothing more beautiful than that.

Tangerine is available to stream on Netflix now.