The following contains major spoilers for all three seasons of Cable Girls.

Cable Girls, the soapy Netflix period drama from Spain about late 1920s phone operators, is back for Season 3, and it has a major queer storyline at its center.

There’s an instant attraction, and soon, the two become involved despite Carlota’s relationship with Miguel (Borja Luna), who is also employed at the phone company. It’s admirable that once Miguel finds out about the affair, rather than pursuing the tired love-triangle trope, Cable Girls’ writers opted to instead allow the characters to explore polyamory together.

Though no one else is privy to the relationship, the trio settle into it seamlessly, finding time together after work at Sara’s apartment. That is until Miguel begins to feel left out. As the women grow closer, he turns to drugs to help him deal. After a near overdose, he decides he no longer wants to be with Carlota and Sara. Thus, Miguel is gradually phased out of the equation in the second season, and a major character reveal shifts focus onto Sara and Carlota’s relationship as well as Sara and her gender identity. 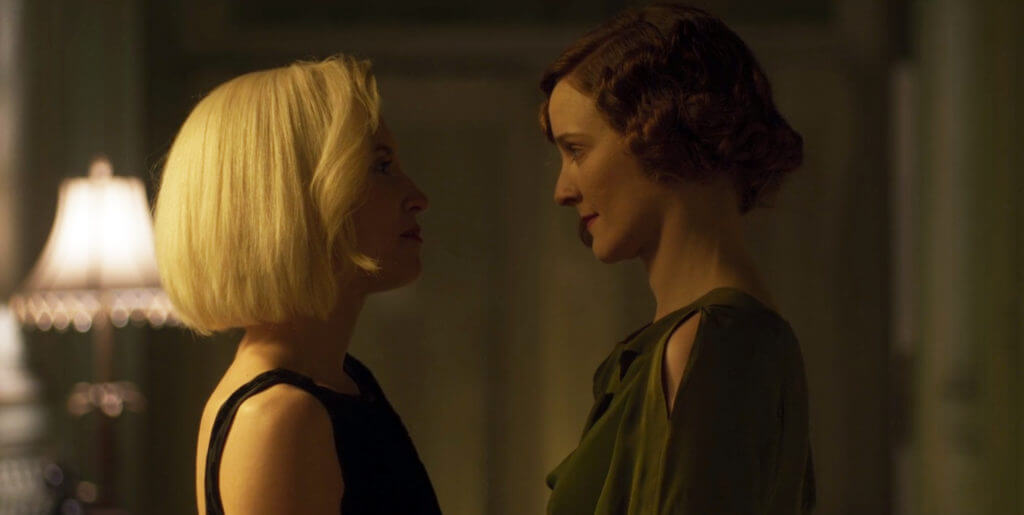 In the second episode of Season 2, Carlota and her friends walk in on a violent fight between their friend, Angeles, and her husband, Mario. In their attempt to intervene, Mario is killed, and they dispose of the body by throwing it over a bridge. To avoid suspicion and to make sure Mario is seen boarding a departing train, Sara volunteers to wear his clothes to the station.

Sara, who usually sports feminine clothing, and until now has not demonstrated desire to do otherwise, appears to be triggered by the ruse, and following the event, she becomes distant.

Suspicious of Sara’s peculiar behavior, Carlota begins to tail her. When she discovers that Sara is sneaking away to meet with a man named Oscar Ruiz in a hotel, she suspects infidelity. At overhearing a clerk address a “Mr. Ruiz,” she finds that “Oscar” is, in fact, Sara in a man’s suit. 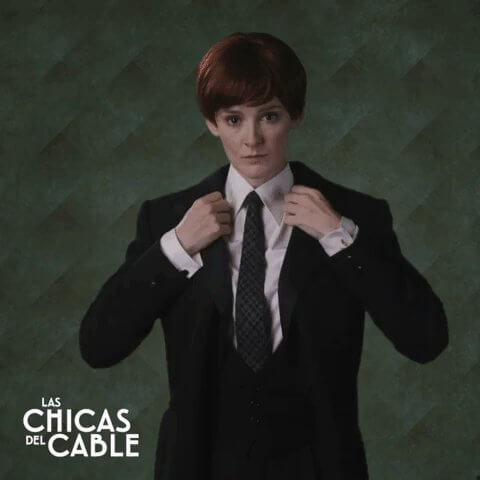 Sara explains that when she was a child, her father beat her to stop her from dressing in boys’ clothes, but, despite that, she reveals that she has always felt like a “man trapped in a woman’s body.” And while she had since then gotten her “urges” under control, the feeling that she wasn’t being her full authentic self never went away. Although Carlota is understanding, Sara still decides she needs to check herself into a mental institution.

Treatment facilities geared towards “curing” the LGBTQ community were not uncommon at the time. While Spain is considered one of the most LGBTQ friendly countries in the world, from the beginning of Francisco Franco’s dictatorship in 1928, until its end 36 years later, homosexuality and anything falling under that umbrella was deemed illegal, with the occasional interruptions when the law was shortly overturned before inevitably being reinstated.

Sara’s alternative to voluntary treatment would potentially be one of the prisons reserved for those arrested for homosexuality, which were referred to as “galleries of deviants.” But even voluntary treatment would prove to be torturous. After being subjected to brutal treatments meant to cure her, Sara places a desperate call to Carlota, who then breaks her out of the institution.

Season 2 ends with Sara informing Carlota of a trans community in Berlin that she wants to visit, but Carlota convinces her to stay in town and start a women’s movement with her instead, rekindling Sara’s activist streak.

Prior to Cable Girls, few Spain-based films or TV shows not made by Pedro Almodóvar have tackled LGBTQ storylines, so it’s no surprise the Netflix series has been so well received. Francoist-era Films featuring lesbian or gay storylines are virtually non-existent, let alone ones with trans characters. Aside from the 1973 nominee for Best Foreign Film, Mi querida señorita, about a woman who discovers she is a man, the subject was relatively untouched until the early ’80s. 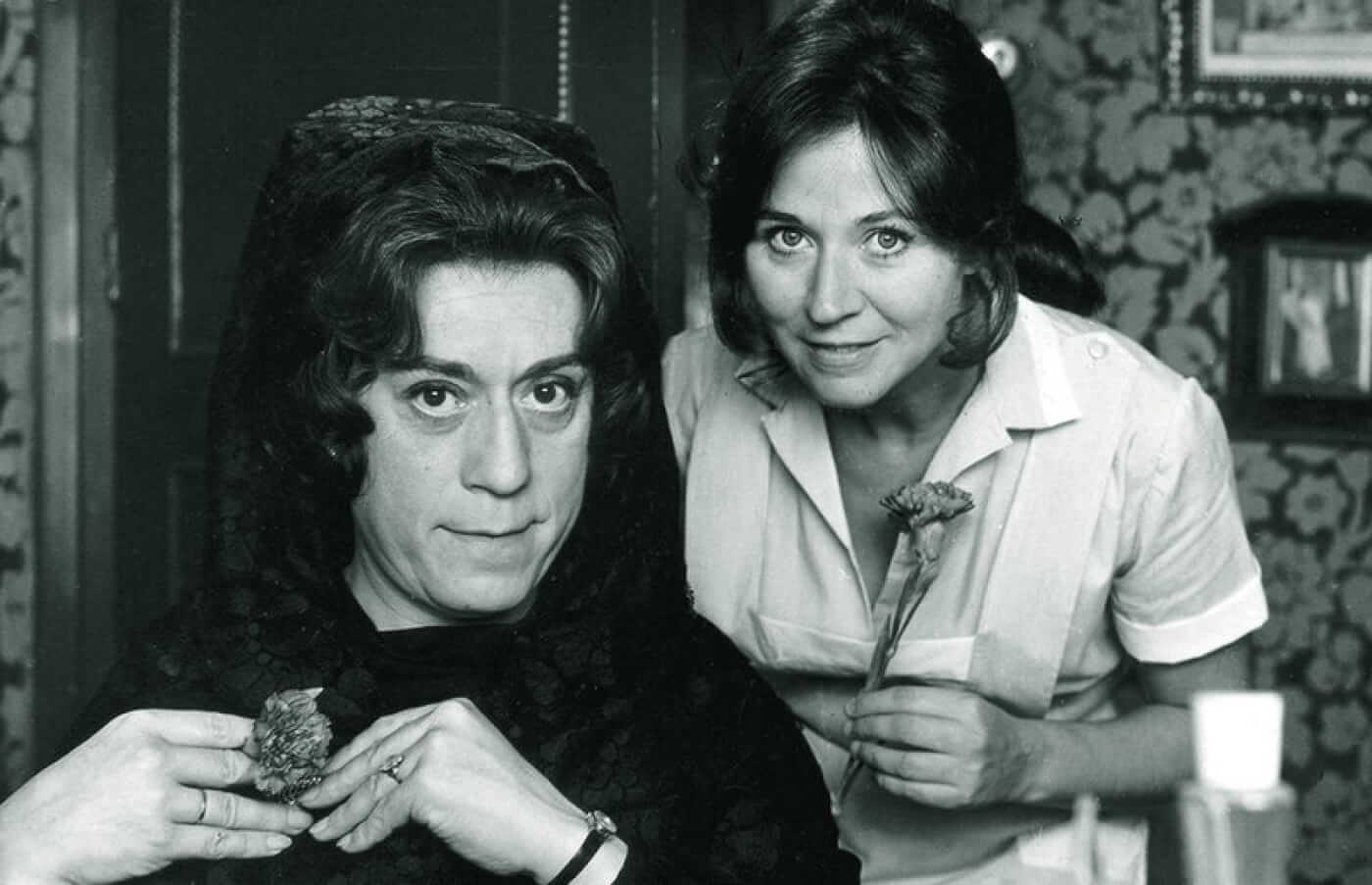 While Sara is yet to identify herself as trans, it’s refreshing to see her story unfold the way it did through the first and second seasons, and it continues to do so in the third.

Season 3 opens at the wedding of the couple’s friend, and protagonist, Alba. Carlota’s father, who is in attendance, and who had stopped speaking to her several months back, makes an unexpected gesture and apologizes for his past disapproval of Carlota’s independent spirit and lifestyle.

They hug and make up, but the moment is short-lived, as a fire suddenly erupts in the church, killing Carlota’s father.

Carlota soon learns that she will be receiving a large sum of her father’s life insurance money, allowing her and Sara to live comfortably together, while also giving her an opportunity to use some of the funds to support feminist causes she is passionate about, like supporting women’s independence and the right to vote.

The show thrives on melodrama and rolls out one traumatic incident after the other. So their domestic bliss is short-lived, as a feminist group they’re working with begins to express radical and violent views that the women do not approve of. Upon their failure to convince a judge to convict a man of his own wife’s murder, the group opts to take justice into their own hands by becoming a sort of policing agency that inflicts violence upon oppressors.

Carlota, who during this time has been anonymously expressing her progressive views on a radio station, is exposed by the group’s leader when she refuses to participate in their violent demonstrations. As a result, she is attacked at the station by a group of men who want to silence her feminist ideas. She is nearly raped, when Sara and their friends intervene, threatening to call the police.

Angered by the attack, Sara agrees to give the rights group enough money to fund a revenge plan against Carlota’s attackers. What they don’t tell her is that they are also using the money for their own agenda — one that involves guns and explosives, which they use to hold up the phone company during an event hosting the King of Spain, planning to force him to surrender the crown as they feel this will open up a path for the Suffrage Movement to advance.

It all goes horribly, and Carlota and Sara wind up handcuffed together in a room with one of the bombs, which is expected to go off any minute. Fueled by the intensity of the situation, they recite vows to each other, but they’re rescued just in time. Once outside, Sara asks Carlota if she would ever really marry her.

Carlota replies, “If only it were allowed.”

“Well, you might not be allowed to marry Sara,” she says, “but you can marry Oscar.”

The finale leaves the couple on this hopeful note. The series was renewed for a fourth season by Netflix only a week after its premiere, and it’s expected to be released as early as Summer of 2019.