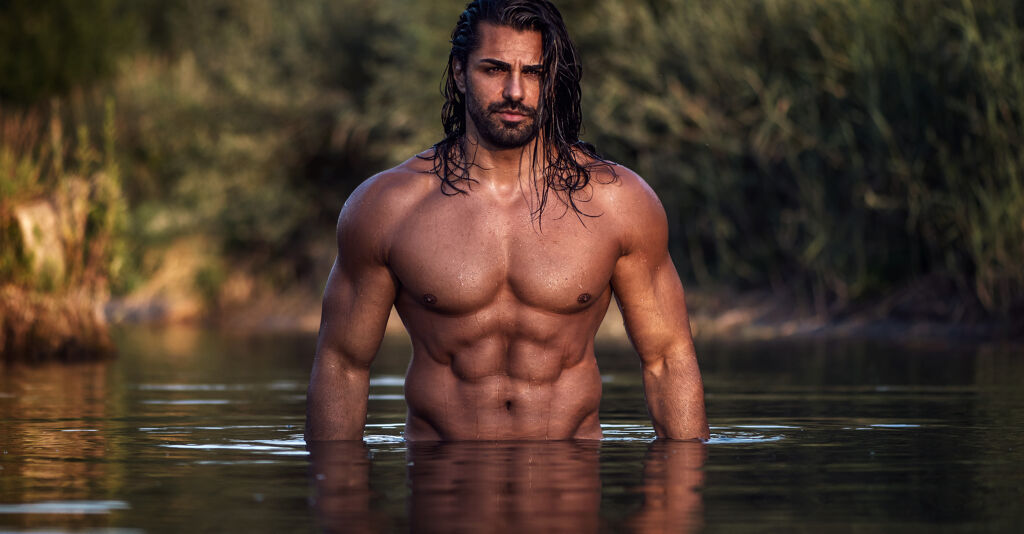 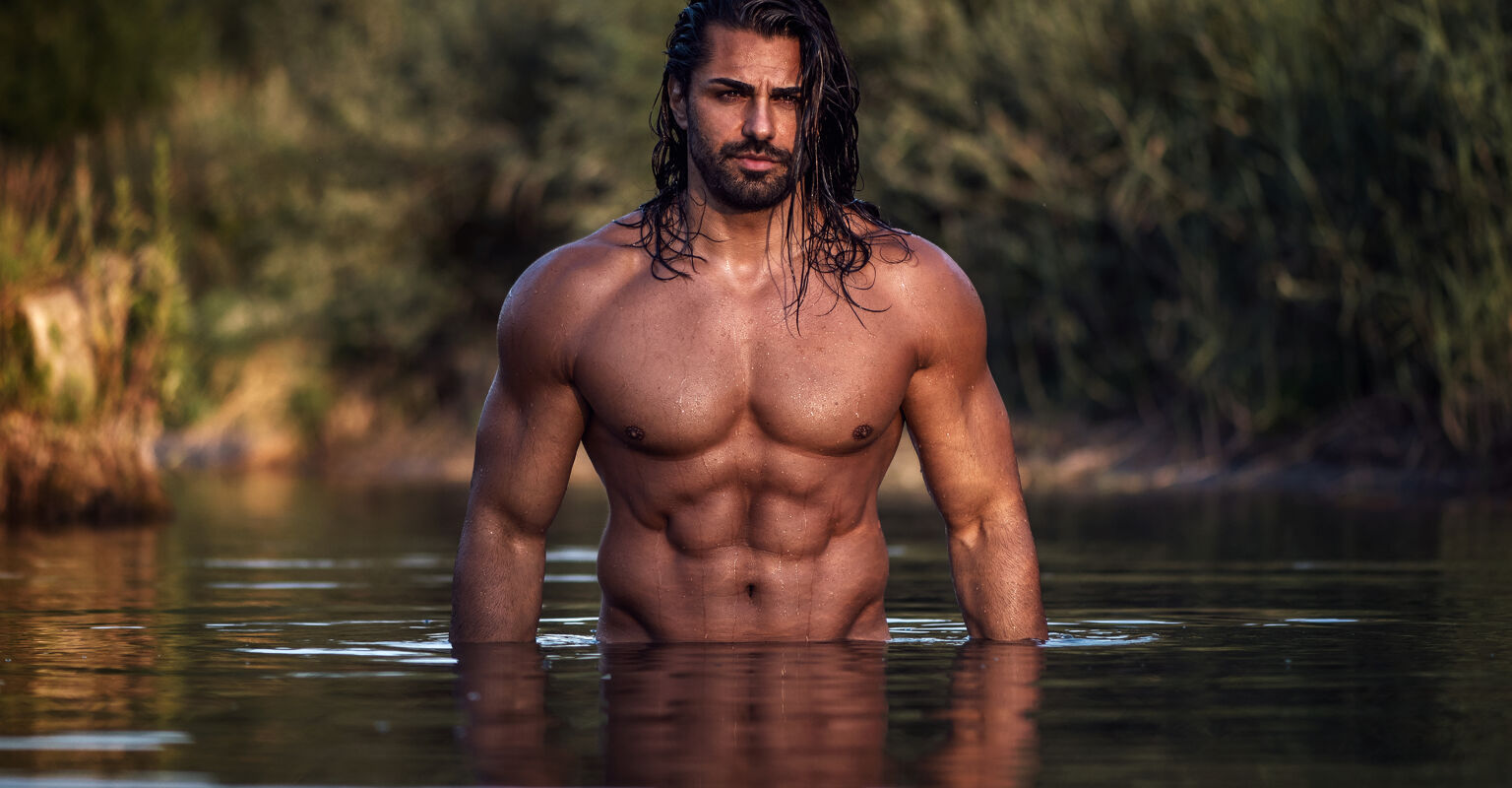 Video games dispense such a rich vein of female objectification that it’s time to provide a little balance by paying homage to some of the hottest man candy in the gaming world. Whether they are saving the universe or kicking super-villain butt, these chiseled Adonises always look damn fine while doing so. Put down your joysticks and join us for the ultimate list of digital hunks. Let the catcalls and whistles begin…

The Devil May Cry’s fan base was torn in two after the game was rebooted and the main character Dante redesigned into a younger, alternative self. Some longtime fans have criticized the new kid on the block for the angsty emo look and for trying too hard to be cool. Has the character really lost the effortless swagger that the white-maned devil hunter had in the original series? What looks better, long or short hair? In all honesty, who cares! Whether you are #TeamOldDante or #TeamNewDante, one thing is certain: this hellraiser is one fine slice of heaven.

Joel (The Last Of Us)

The ultimate DILF of video games, Joel from The Last of Us, is one of those characters that you cannot forget easily, as he is not your average hero: he is a ruthless killer, broken and worn down by the pain he had to endure in a post-apocalyptic wasteland. However, while it is true that Joel is a hardened fighter, we also get to see him caring for others by becoming the devoted guardian to Ellie, humanity’s last chance. And to add magnetism to his persona, he is adorned with an impeccably styled beard and the right amount of rugged appeal to make this yummy daddy the only person you would like to have by your side (until the world ends).

Final Fantasy XV is fronted by a group of babes, but “Gladdy Daddy” – as he is known in the unbridled territories of fanfiction – definitely holds the top spot as the hottie of the gang. Not only does he have abs of steel and a husky voice that caresses your soul every time he speaks; Gladiolus is a loyal friend and sweetheart too, as he will protect you on the battlefield and then pitch you a tent for a cozy sleepover under the stars. The boy is so lovely that we can forgive him for the spiky mullet and designer beard, right?

Bigby Wolf (The Wolf Among Us)

With the handsome features of a young Clint Eastwood, this Big Bad Wolf is the lawful sheriff of Fabletown. Under his disguise, however, hides a ferocious and easily enraged animal that can come bubbling to the surface at any time. In a world of fairy-tale romances and vanilla princes, it is the growling beast who gets your attention, and Bigby Wolf is no exception.

You don’t need to have a kink for furries to lust over this guy: inspired by legendary Japanese wrestler Tiger Mask and Mexican luchador Fray Tormenta (remember Jack Black in Nacho Libre?), King is one sexy kitten. He has dedicated his life to fighting and saving orphans from the streets, but I am sure that deep down he just wants to settle down and to find someone who would play with his tail, and maybe, one day, make cute little cubs with.

Nathan Drake has got it all: he is a charming adventurer, a fun-loving jackass, and he is probably the closest thing we have to a modern-day Indiana Jones, only better looking. Any situation he is placed in, he will find a way out, make you laugh, and look freakishly cute while doing so. Basically, Nathan Drake is the guy you want to not only bang but get pancakes with the next morning because he is just a good hang.

Muscle giant Zangief may not be a classic beauty, but I dare anyone to remain indifferent to the sight of those hulking tights or one of his signature crotch-smacking wrestling moves. Want to see more of the hirsute tovarisch outside of fighting arenas and steamy NSFW Tumblr blogs? Zangief can be admired in all his masculine glory (and iconic red panties) in Disney’s Wreck-It Ralph, representing it for the thick and juicy hunks out there.

It seems that beards in video games are on trend, as Ryu has stopped looking so serious and started sporting a fresh lumbersexual look in the latest Street Fighter. “Hot Ryu” is a Muscle Mary in the making, and as you can see in the video below, he is not afraid to let his hair down and try new cheeky moves in the fighting arena. You go, girl!

Geralt Of Rivia (The Witcher)

When he is not fighting giants or riding around on his horse, witcher Geralt of Rivia has got to find some spare time to work out his lean swimmer’s physique, as I cannot believe you can get to that age looking that good. This silver fox spends enough time in and out of bathtubs or sorceresses’ beds to let us appreciate his manly scarred torso and perky backside. Feel free to ogle them as he is running around casting spells. Slaying monsters has never looked so alluring.

It would be impossible to talk about the hottest men of gaming without mentioning the boys of Mass Effect. They are intrepid intergalactic soldiers with superhuman powers and an apparent disdain for their uniforms, as it seems they are not capable of keeping them on for too long before they start to fornicate like rabbits. Life in space must be pretty lonely, and players have the option to spark “romance” between the characters, including some steamy space cadet action between Sentinel Kaidan Alenko and Commander Shepard. Cosmic stud-muffin Jacob Taylor, on the other hand, is such a flirt that even the most adventurous space amazons end up glitching with a seizure once they cuddle up against his silky skin.