RuPaul’s DragCon arrived in New York this weekend for the very first time, after an impressive couple of runs in Los Angeles, which is set to return in May next year.
The line-up for the drag convention focused very heavily on New York’s finest RuGirls, such as Peppermint, Miss Fame, and season nine winner Sasha Velour. There were also a host of fan favorites from all seasons of the iconic show, including Shangela, Trixie Mattel, and RuPaul himself.

For day one of the two-day drag extravaganza at the Jacob K. Javits Convention Center, we had wink-winks to the current state of politics, a proclamation of love for the city of New York, Phi Phi O’Hara unleashing a duo of Pikachu’s, and even a full-blown wedding ceremony.

Without further ado, here’s what happened on day one of RuPaul’s DragCon NY.

The recent Primetime Emmy wins and nominations for RuPaul’s Drag Race, alongside the move to VH1, show that the programis more mainstream than ever. The turnout for the event was in its thousands, with each panel attracting hundreds of diehard fans.
Attendees had come from all over the country to shop, mingle, pose, and strut, with many agreeing that this little show had managed to give an often-overlooked community a voice. 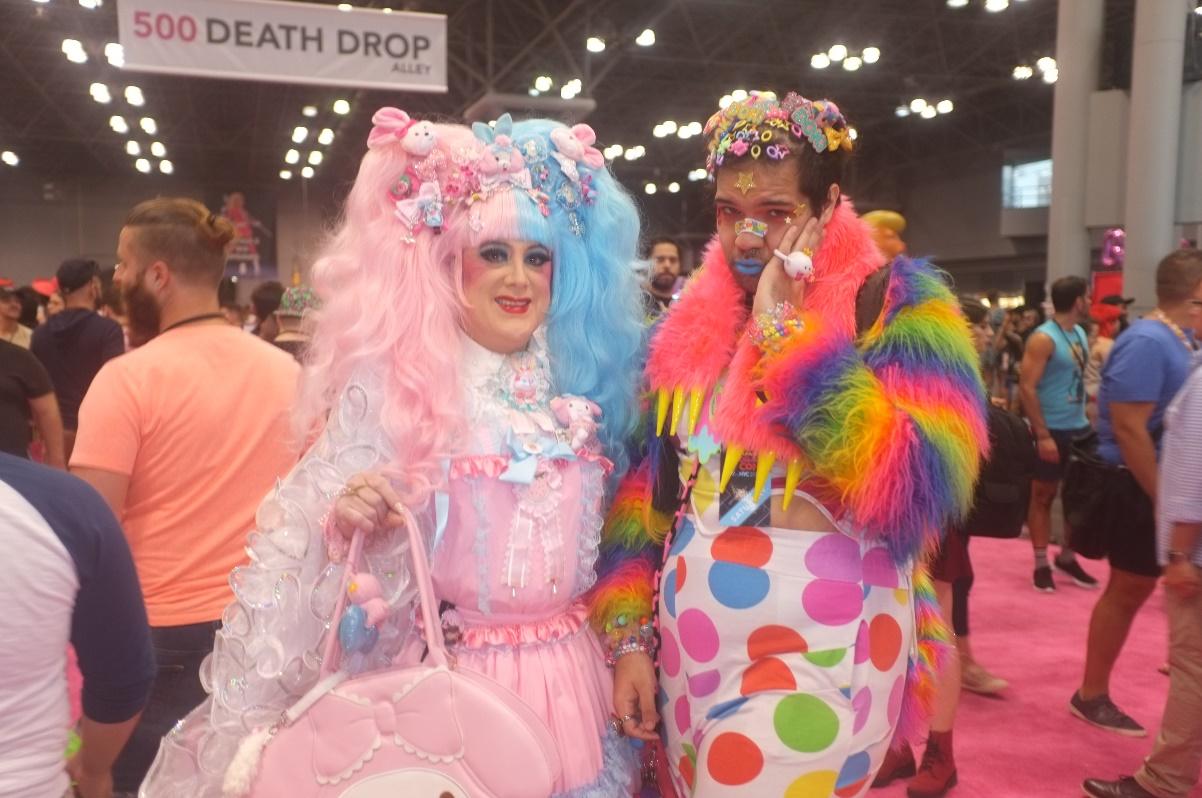 Drag has never been one to sit comfortable in a box, it’s always been about breaking out of that box and going against protocol.

During the ‘‘The Real Queens of New York’ panel, Acid Betty, Horrorchata, and Peppermint were asked about where gender-fluid and ‘bio’ performers fit into the sphere of drag, Peppermint said:“I think the art form will decide. I say women, gender-fluid, or gender non-conforming, all of us have both a relationship to both gender and entertainment and dressing up. Everyone relates to drag, everyone loves drag, so why can’t everyone do drag? If you’re a queen, you’re a queen.”

The attendees of DragCon showed that drag is a constantly evolving art form that shows no signs of slowing down in pushing boundaries anytime soon. 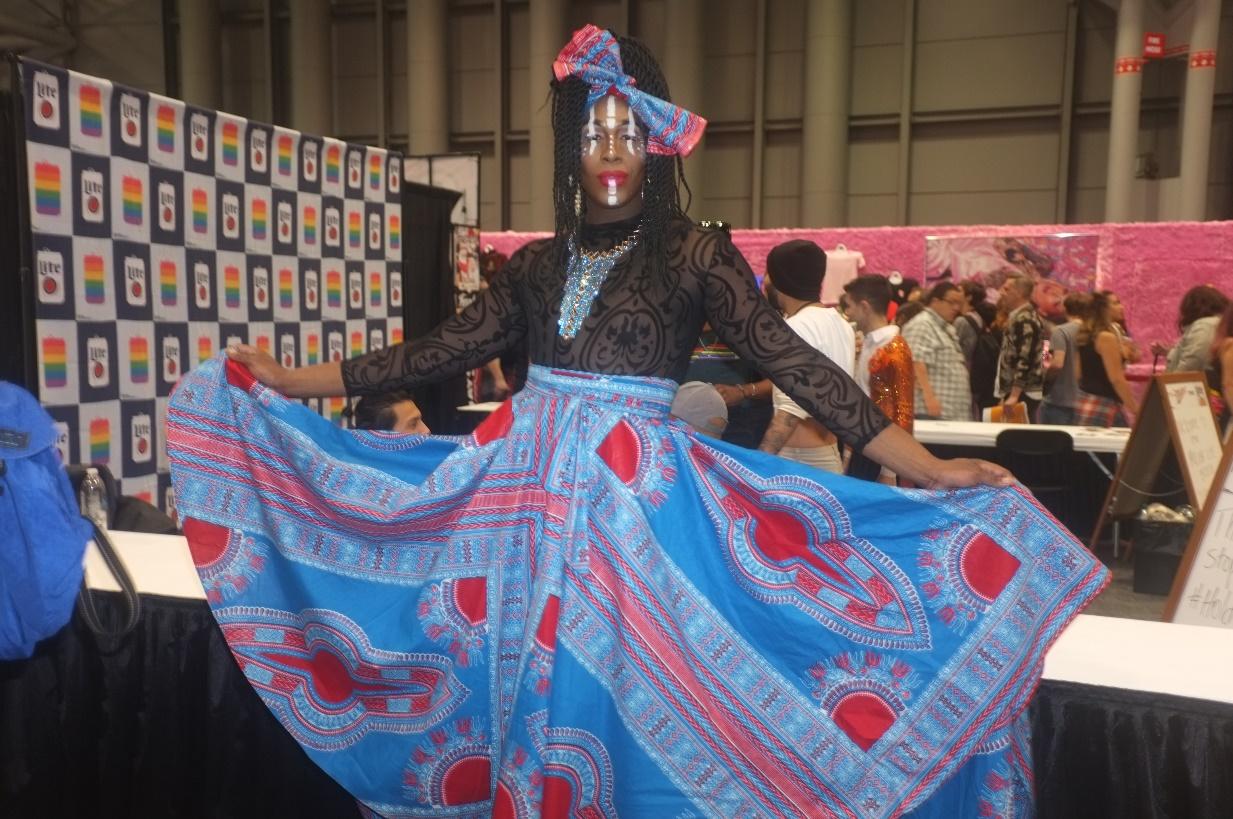 Drag Is Also Getting Younger

The inclusion of young, viral starlets Lactatia and Desmond Is Amazing showed the impact that drag and RuPaul’s Drag Race is having on a younger audience realizing their true self and expressing themselves.

And A Marriage as Well!

Just in case the first day wasn’t exciting enough, Ginger Minj went ahead and got herself married right on the DragCon stage.

The spontaneous ceremony saw a Snow White-dressed Minj marry her partner Ceejay, that was attended by 800-plus guests, a flower girl in the form of Lactatia, and proceeded by one Michelle Visage who, believe it or not, is ordained.

Woah, @TheGingerMinj just got married FOR REAL on the #DragCon stage by @michellevisage. Amazing! pic.twitter.com/HN0YRBFrUp

With so much fun and excitement on just day one of DragCon, it’s hard to predict what is waiting for us on day two. Keep an eye out for our RuCap of New York’s DragCon’s second day right here tomorrow. 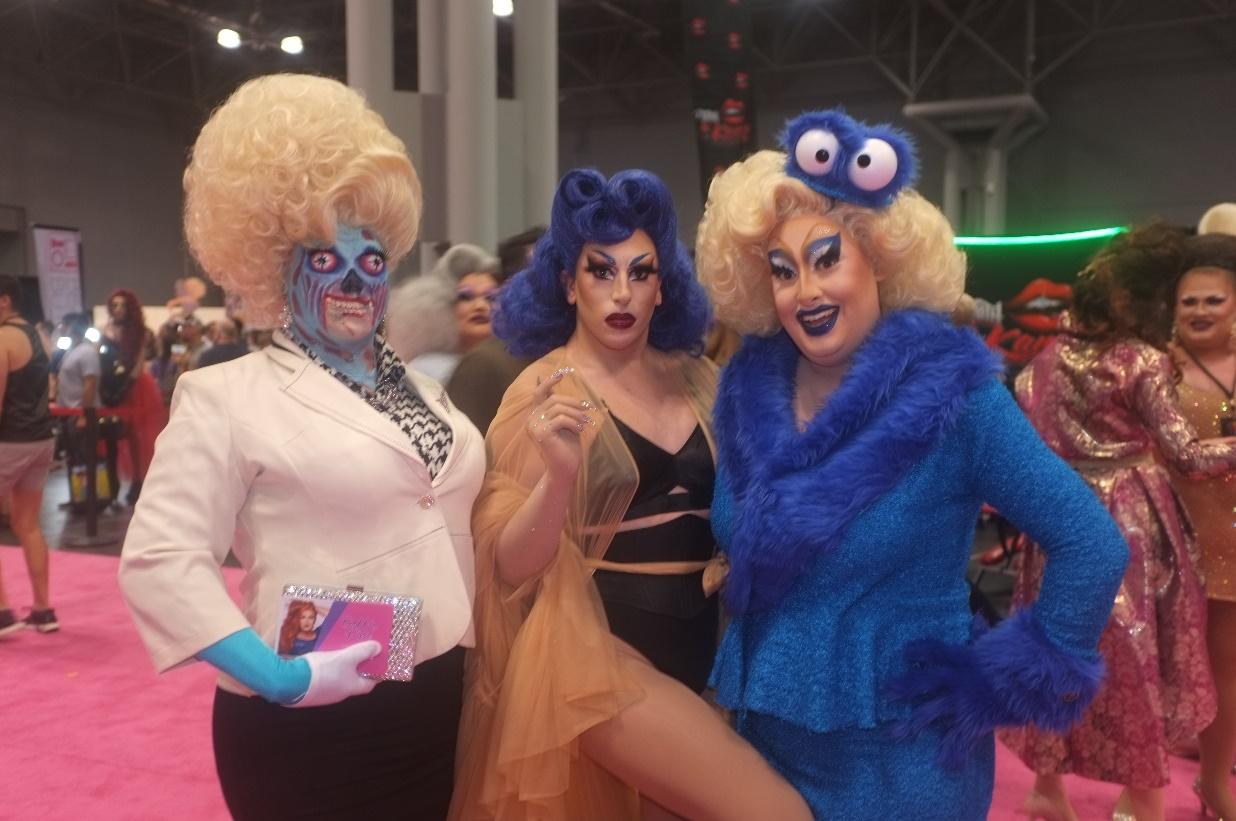