With its focus on love and empathy, Sense8 has connected audiences from a variety of backgrounds over the past three years, much like the titular sensates themselves. In fact, Sense8 has always been about the fans from day one and without them, it wouldn’t have been possible for the Wachowskis to finally bring their story to a close following the show’s surprise cancellation.

It’s rather fitting that the globe-spanning finale wraps things up perfectly at the end with a title card that simply reads “For the fans.” However, the show has always resonated with one community in particular and never has this been more clear than in the last 30 minutes of the Sense8 finale.

Breaking barriers both literal and metaphorical, Sense8 is a favorite among LGBTQ audiences thanks to its defiant portrayal of sexuality in all its forms. Queer voices are rarely given a platform at this level, so the fact that two trans women helmed the show speaks volumes about the intent of Sense8. Since it first aired in 2015, Sense8 has become the most celebratory depiction of queer desire on TV, particularly within Nomi’s (Jamie Clayton) revolutionary character arc, which culminated in marriage between her and Amanita (Freema Agyeman).

Before the gang could all celebrate though, a few obstacles had to be overcome in the busiest episode of Sense8 yet. First off, Wolfgang needed rescuing from the insidious BPO organization and yet once that happened, everyone’s favorite cluster then had to deal with the looming threat of the Chairman, ending his evil drone program once and for all. Oh, and then there was that trippy aside where the sensates visited a sanctuary for their kind known as “Lacuna.”

Once all that was out of the way, the finale joyfully lived up to its namesake, “Amor Vincit Omnia,” which translates into English as “love conquers all things.” Despite having just fought a war for their survival, the cluster embraced love on the Eiffel Tower to commemorate the union of Nomi and Amanita, a trans woman and a woman of color. In this scene, the ceremony officiant lays the message of Sense8 out on the line, explaining “that for all the differences between us and all the forces that try to divide us, they will never exceed the power of love to unite us.”

Although the physical threat of BPO had already been dealt with prior to the wedding, long time viewers might have worried that Nomi’s small-minded mother could have potentially ruined the ceremony in her own bitter way. Fortunately, Mrs. Marks (Sandra Fish) finally accepted her daughter’s true gender (with the help of some special brownies), even calling Nomi by her chosen name for the first time ever. Much like many people in the LGBTQ community, characters in Sense8 cherish their chosen family just as much and if not more than their biological families, but it was still extremely powerful to see Nomi’s mother recognize her daughter for who she truly is.

It was important to Clayton in particular that her character’s marriage would finally see the light of day following the show’s initial cancellation. At the series finale premiere in Los Angeles, the trans star told us how important it was for the LGBTQ community to know that success and happiness are within the reach of everyone, regardless of who they are. “I didn’t have characters like this when I was transitioning. So if I can give that back to the community, I’m going to keep doing it as much as I possibly can with any role that I take.” 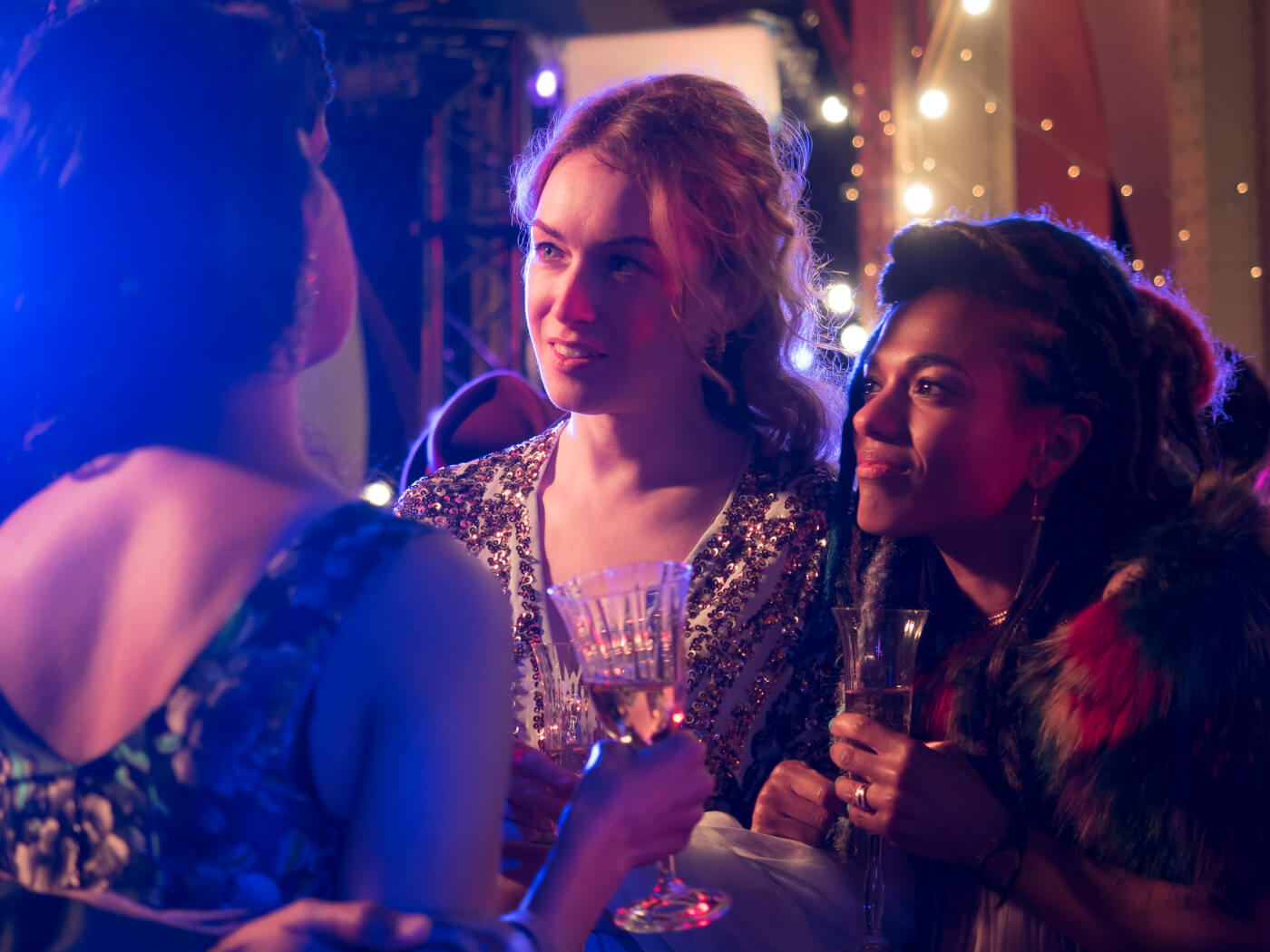 This is most evident through the Kala-Wolfgang-Rajan love triangle that quite literally comes to a head when the three of them finally become one through a fluid, polyamorous act of love. Afterward, Rajan (Purab Kohli) shares one last line of dialogue with his wife, Kala (Tina Desai), telling her that “My God, I didn’t think such things were possible.” Thanks to Sense8, such things are now more possible than ever. 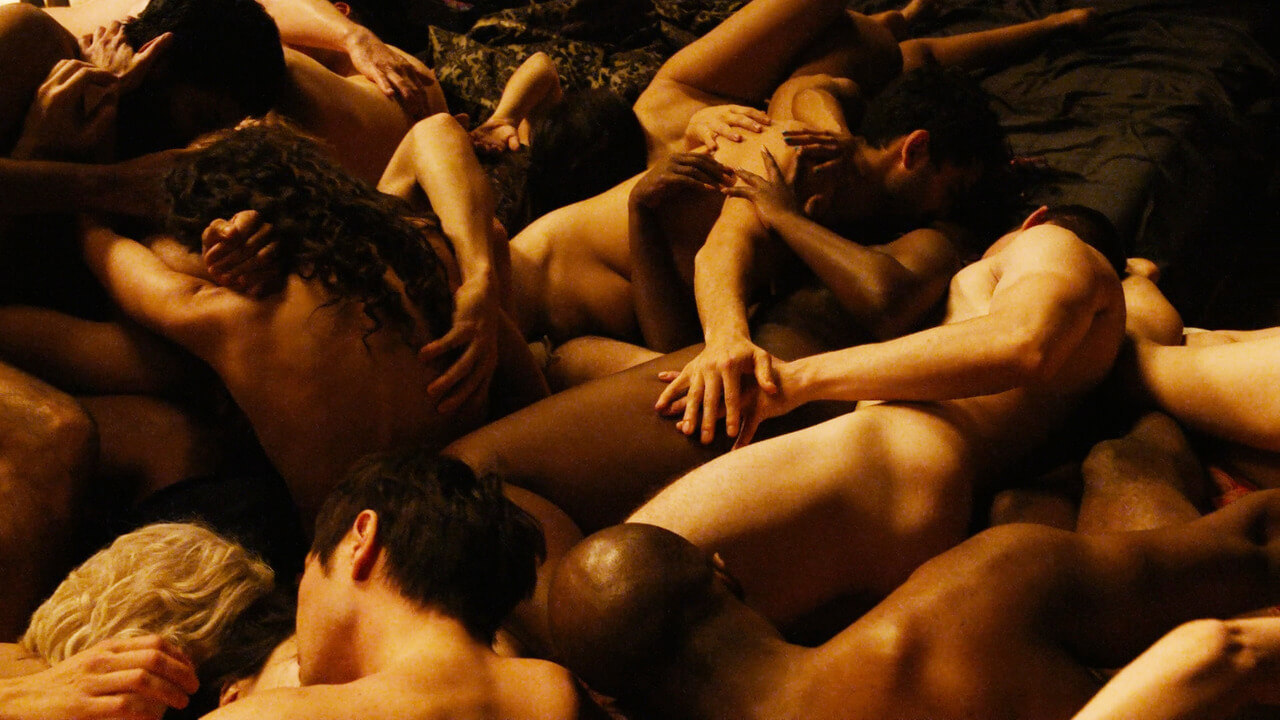 While most mainstream TV shows fail to portray queer relationships of any kind with respect and believability, Sense8 presents something potentially divisive like polyamory with zero judgment, celebrating the fact that different things just work for different people.