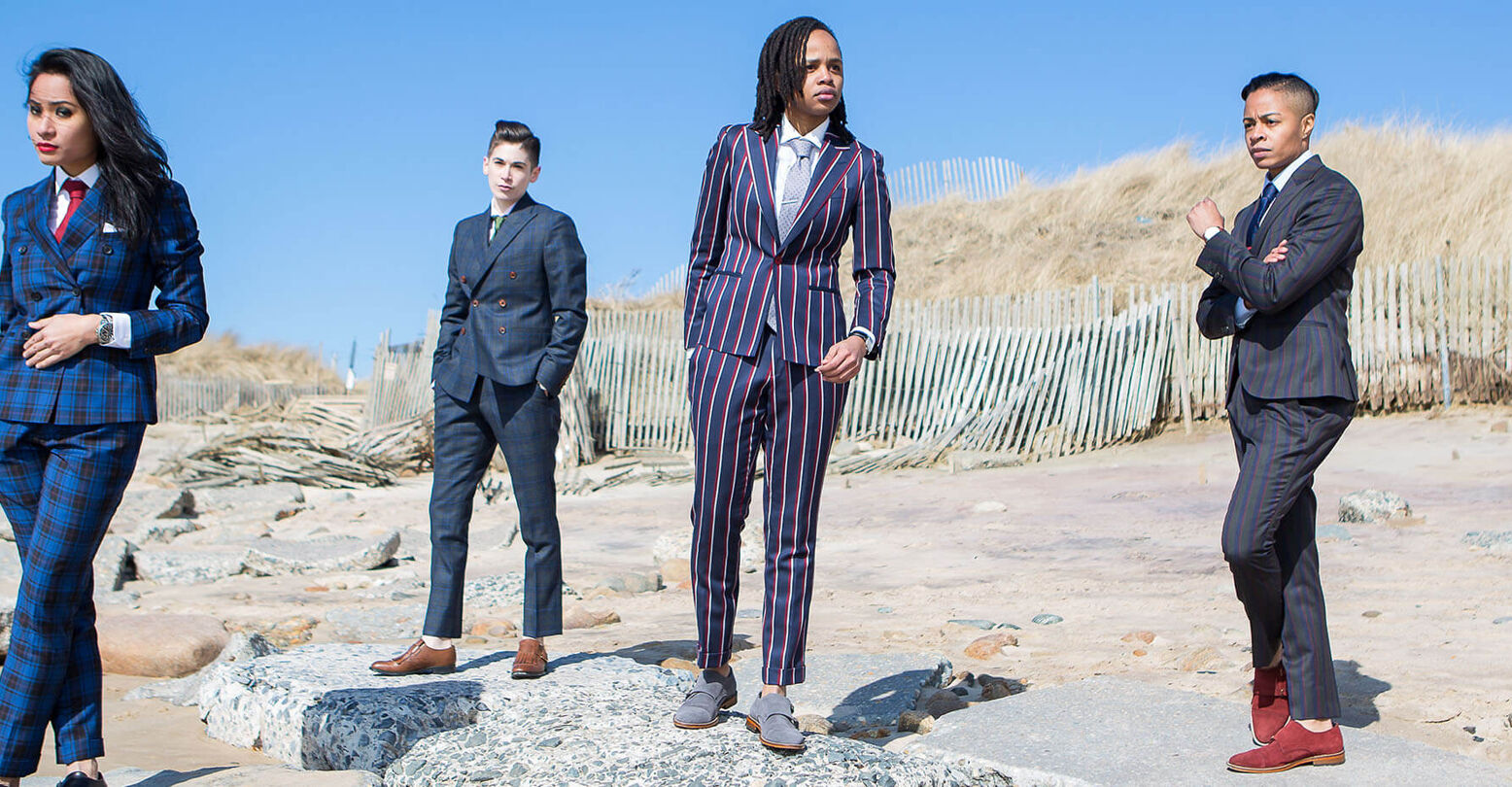 Although queer aesthetics are undoubtedly on the rise in the fashion industry, there are still surprisingly few publications dedicating in-depth coverage to queer bloggers and creatives. Anita Dolce Vita has the remedy to this underexposure: dapperQ. Since becoming the site’s owner, Vita has invested countless hours into crafting a platform for alternate masculinities – the initial idea was to fill a gap in the market by offering extensive style coverage (think Vogue or GQ) aimed squarely at a queer audience.

In addition to content, which ranges from editorials to op-eds, dapperQ also hosts a series of events designed to help LGBTQ youth use style as a tool for self-discovery. Better still, the platform is truly diverse; a rare online home for the trans, queer, non-binary, and female masculinities so often excluded from mainstream discussions of queerness. In honor of Pride month, we decided to reach out to Dolce Vita and discuss the transformative power of clothing, Project Runway, and why Pride needs, now more than ever, to go back to its radical roots. 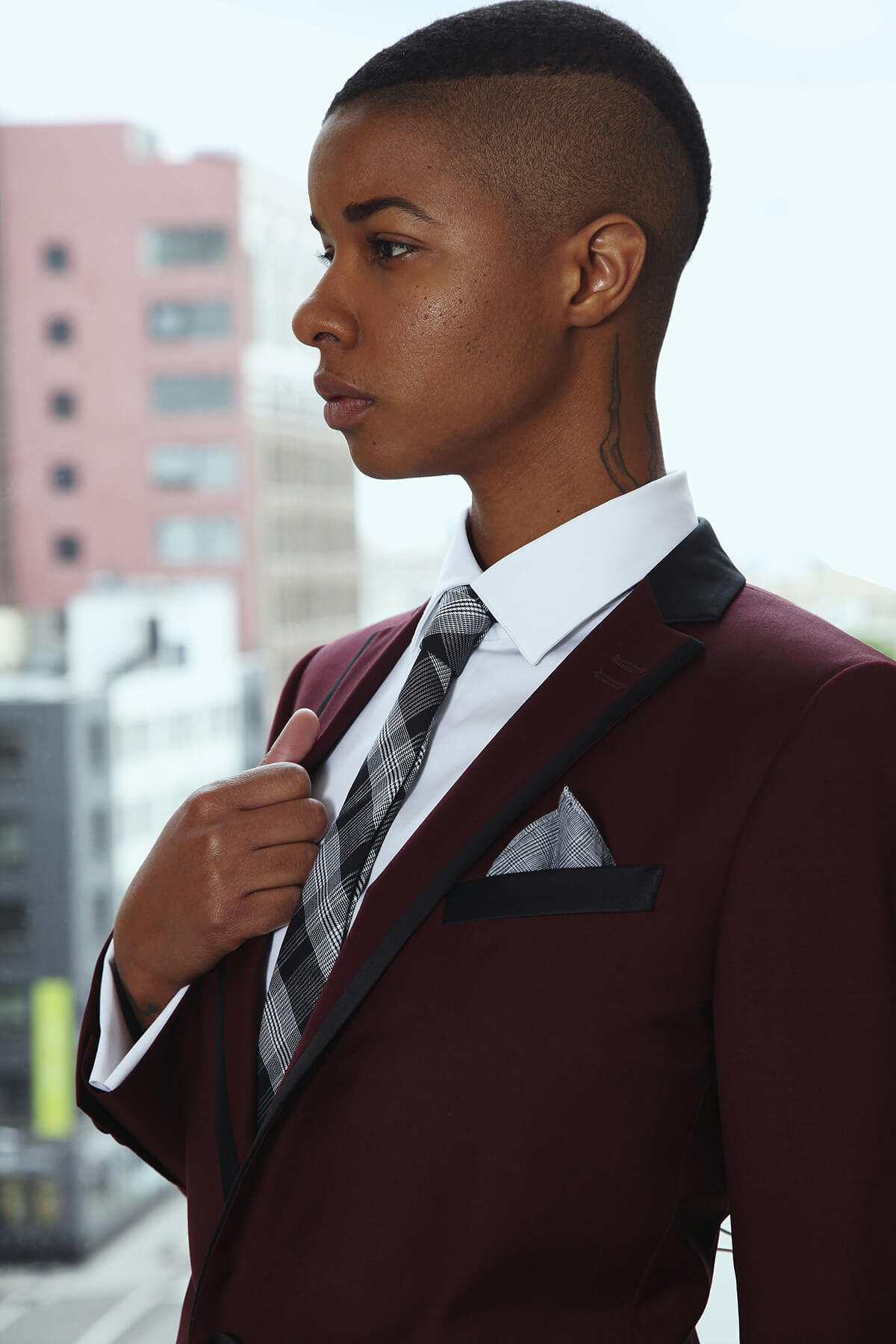 Grindr: Can you tell us a little about dapperQ as a platform?

Anita: When it launched in 2009, dapperQ was originally a personal blog chronicling the individual style of its owner. However, upon visiting the site, I noticed that it had so much more potential than to become just another Tumblr with selfies and viral images – although those blogs are empowering too. When I was first pitching new ideas to dapperQ, there was a serious lack of fashion and lifestyle magazines that reflected and reaffirmed the identities of our specific readership while also offering the kind of comprehensive style coverage you would find on GQ or Vogue.

Soon after the site’s initial launch, I took over as the new owner and restructured the platform. I brought on a team of queer writers, photographers, videographers, designers, and stylists to start producing wide-ranging content and events like Seven Days of Dapper, our annual New York Fashion Week show at the Brooklyn Museum, and the first two consecutive SXSW queer style panels. 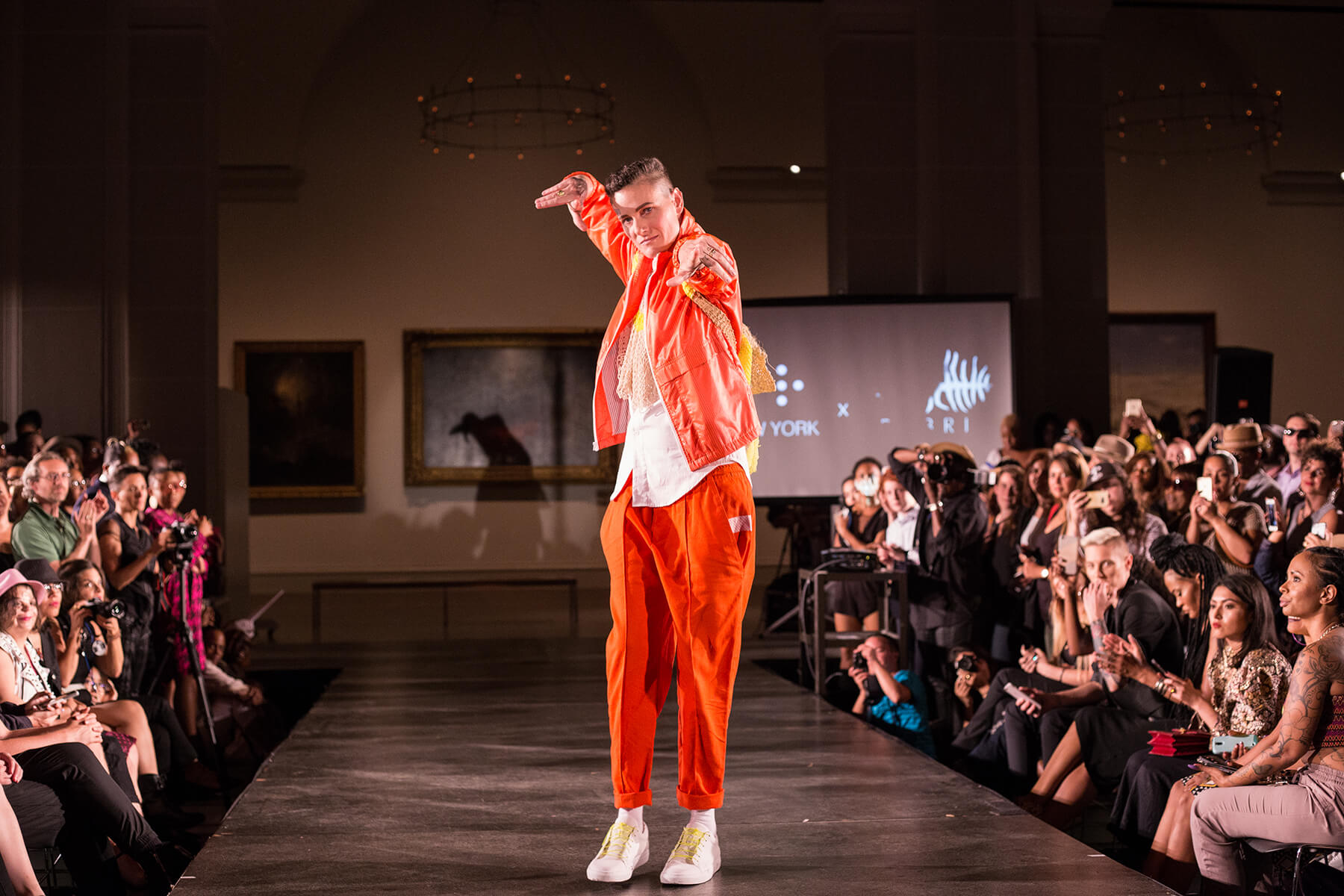 Are there any stories of feedback on the site that stand out specifically?

Yes, and it’s this feedback that keeps me driven to work a full-time day job and continue to run dapperQ in my free time. The most recent and impactful e-mail we received was from the mother of an androgynous high-school junior in Texas named Ragan Kelly. We kept in touch with Ragan and her mom, and we later published a feature on her after a Texas couple (Michelle Daly and Kelly West) gave her a confidence-boosting makeover that helped Ragan express her identity in a way that made her feel more comfortable. It was so incredible to work with members of the community from across the country to empower our youth!

Why do you think mainstream media is taking so long to broaden its scope beyond the usual thin, white, cisgender gay men?

I think for the same reasons that mainstream media doesn’t showcase PoC (people of color), people of size, non-binary individuals: transphobia, racism, sexism, and fatphobia. Mainstream media is all about advertising, and advertising is rooted in selling images appealing to the white, cis male gaze. Advertising to the LGBTQ market has followed this formula, and therefore the image usually reflected in ad campaigns is that of the white, professional, trend-setting, affluent gay male. The rest of the rainbow is rendered invisible. The LGBTQ community is not immune to absorbing what advertisers, casting directors, and designers define as desirable: this topic is explored in the documentary No Fats, No Femmes. 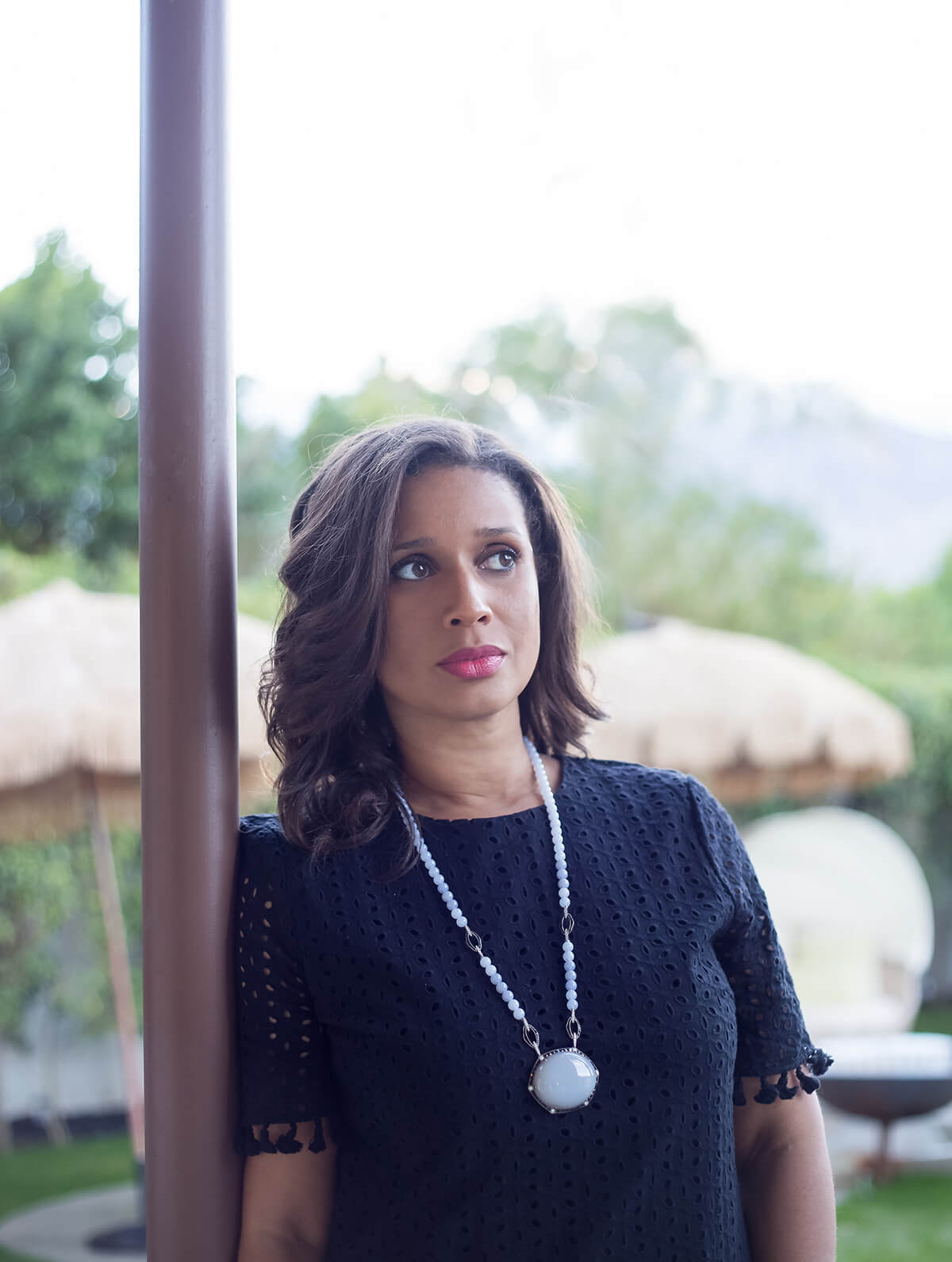 Do you think things are beginning to change – if not in a mainstream context, are you at least starting to see more diverse platforms emerge?

Absolutely, things are changing! We discussed how social media has been instrumental in creating this change in a recent panel; to the dismay of glossies like Vogue, traditional mainstream media platforms are now struggling to capture audiences. Advertisers did not anticipate how the advent of newer technologies would change the landscape of marketing, or that social media would be so impactful in redefining how brands reach consumers. It has provided a platform for people to reject conventional, often exclusionary definitions of mainstream beauty and fashion. Instead, it allows influencers to become creative directors of their own personal style, to develop communities with common values, and to amass large followings that have become extremely attractive to corporate brands. Some of my personal favorite game-changing influencers are Danielle Cooper and Sara Geffrard.

What does Pride month mean to you personally? Do you see it as a celebration, a protest, a show of solidarity?

It is all three: a celebration, a protest, and a show of solidarity. The meaning of Pride has evolved for me since coming out as a 20-year-old in Albuquerque, experiencing my first Pride in New York at 23 and then later becoming a style activist in my 30s and 40s. I moved to New York in 1999 and experiencing Pride in a city so huge with so many parties, bars, glitter, people like me…all of that in one place…Pride was a PARTY! I was like a kid in a candy store. But, as I learned more about its history and became more and more connected to LGBTQ activist communities, I came to see Pride as an act of defiance with the potential to incorporate its more radical roots. I think that’s important now more than ever.

Is there anything you haven’t yet achieved with dapperQ that you hope to in the future?

Well, I would love to take dapperQ international – we receive feedback from across the globe asking us to expand. I’d also love to be a judge on Project Runway, you know, to shake things up. Just putting that out there! 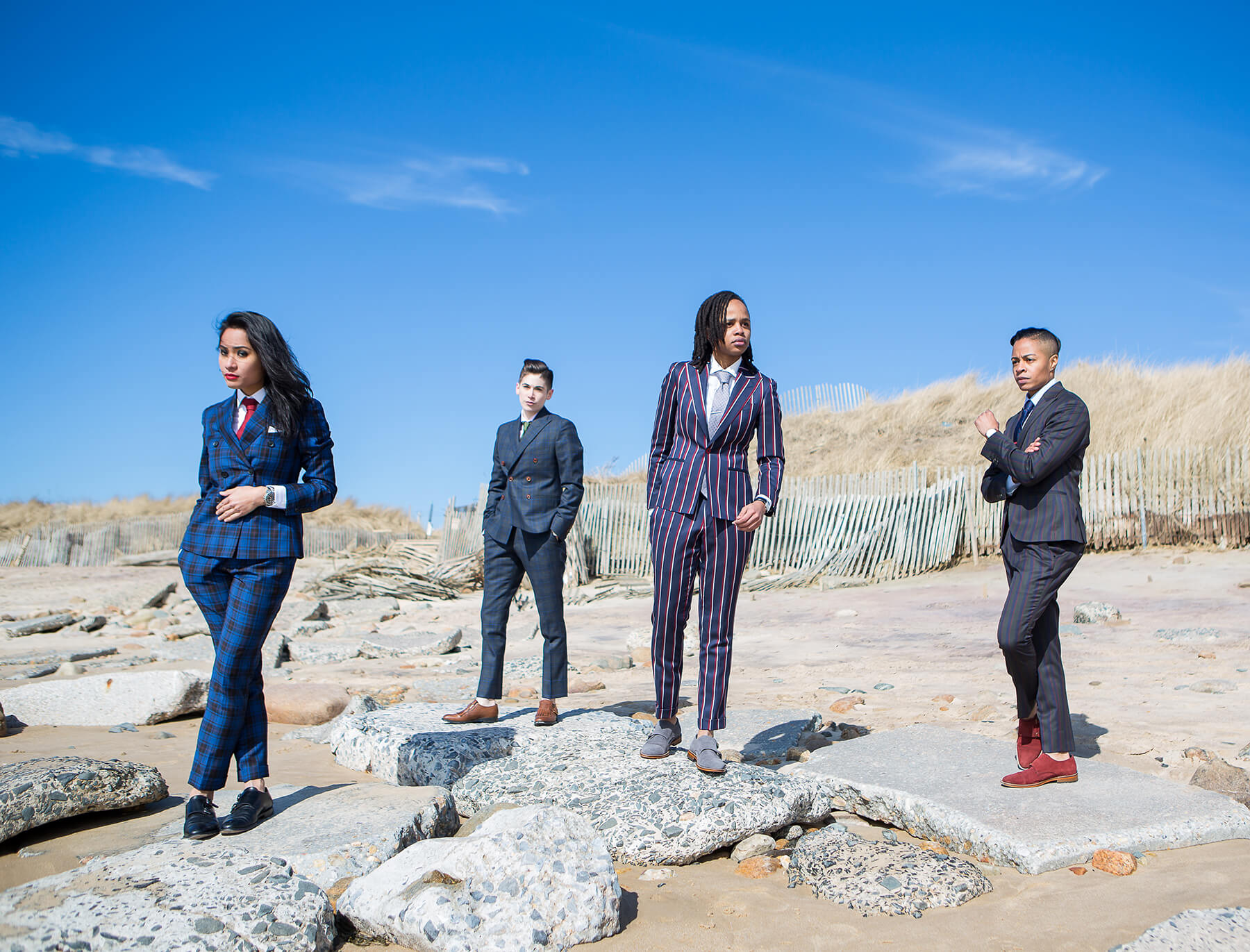