The show will go on in Portland, Tennessee.

A small town located along the Kentucky border found itself embroiled in controversy this September when its city council attempted to ban drag performances as “adult entertainment,” but that proposal has been scrapped. An ordinance passed on Monday prohibits strip clubs and public screenings of X-rated movies in the town center. But unlike earlier drafts, it does not categorize gender impersonation under its definition of sexually oriented businesses.

The updated proposal was unanimously approved.

The American Civil Liberties Union, who filed a lawsuit on behalf of local LGBTQ groups claiming the Portland ordinance was “unconstitutional,” championed the city council’s decision.

“We are pleased that the ordinance that passed is in line with the First Amendment, which protects freedom of speech and artistic expression regardless of what someone is wearing,” says ACLU attorney Mandy Strickland Floyd in a press release. “Our clients can now continue performing without government interference.”

She adds that the civil rights group would be monitoring enforcement “closely” in order to “ensure that the city does not attempt to inappropriately regulate our clients’ shows.”

The ordinance was intended to prevent the opening of a “gentlemen’s club or adult bookstore” in Portland, alderman Jody McDowell told The Tennessean after the first draft was put forward. That proposal included prohibitions against “physical contact between entertainers, employees, and customers” and the “serving of intoxicating beverages.” It would also force businesses located on main street to close at midnight.

The regulations would have additionally prevented Elite Productions, the company behind the drag shows in Portland, from throwing its events within a certain distance from schools, churches, and residential areas. Those draconian rules would have left drag performers with almost no place left to go in the city of 11,000 people.

Drag shows would have been forced to operate “on the outskirts of town,” says Elite Productions co-owner Kyle Guillermo. Guillermo argues that such regulations would have sent a clear message to the LGBTQ community: You’re not welcome here.

“We would have been shunned to the darkness,” he tells INTO. 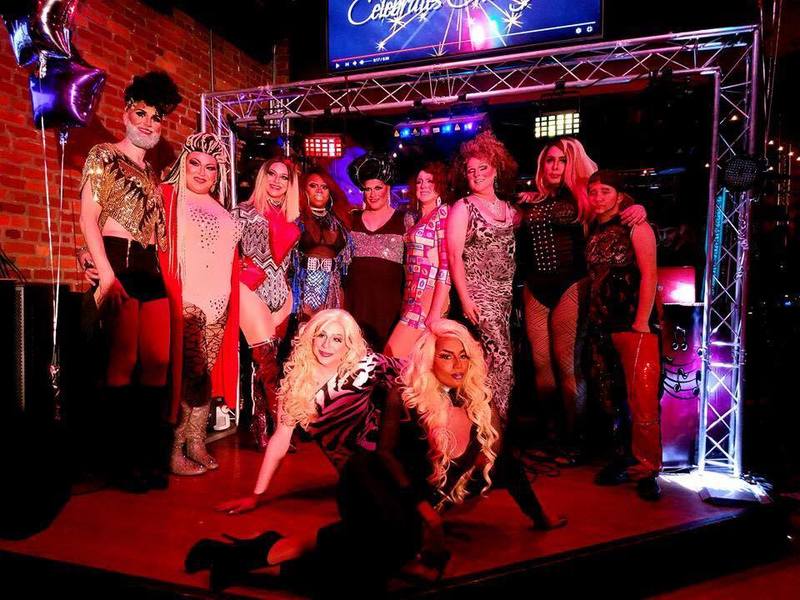 Advocacy groups challenging the ban claimed the proposed law was blatantly discriminatory, setting an unlawful double standard for the town’s LGBTQ residents. Local high schools in Portland have allowed drag performance for years, says Chris Sanders of the Tennessee Equality Project. The difference is that those shows were put on by “mostly straight, cisgender students” and were intended to be comedic.

“If the Portland City Council had tried to ban drag performance, it would have really have affected the LGBTQ community,” Sanders, who serves as the organization’s executive director, tells INTO. “That’s selective enforcement around expression and speech.”

He believes that squashing those regulations is a “powerful” victory for LGBTQ residents in Tennessee, a deeply conservative state where queer and trans people have found their rights routinely under attack in the past year. The Volunteer State introduced legislation in 2017 tolimit the state’s definition of marriage to one man and one woman, as well as flirting with an anti-trans bathroom bill similar to North Carolina’s HB 2.

Both of those efforts died, but a bill put forward in May topreserve the “natural and ordinary meaning”of words like “mother” and “father” passed.

“We have a small community with not many people out and not many allies, and we were able to hold back the government,” Sanders says of the drag fracas. “It shows you that there’s power in organizing and power in using legal tools. That’s something you can build on.”

Advocates say the threat to LGBTQ rights in Tennessee had the opposite effect of what the town council intended: It brought out the state’s queer and trans community to fight against discrimination in unprecedented fashion. Hundreds of people gathered at a September rally outside Portland’s city hall in support of the local drag community.

During the protest, a gay man in his early 20s snuck out of his job at a local fast food chain to come watch the demonstration. He told Sanders he’d never seen anything like that in Portland before, which is why he wanted to make sure he was there.

“It’s traumatizing to have your government attack you, but it’s also galvanizing,” Sanders says.

“What he saw in September was 100 people out advocating for his rights in front of city hall. He now knows there’s a community there. Sometimes it takes an attack to shape and form the community and bring it out.” 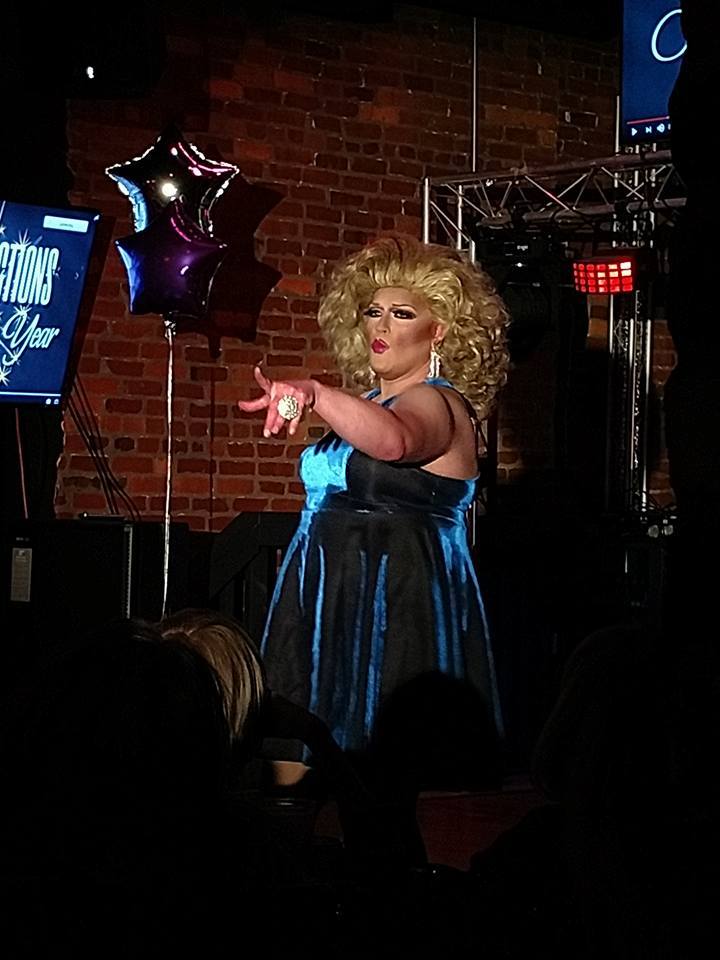 LGBTQ residents in Portland have, of course, faced their share of backlash since the ordinance was initially put forward three months ago.

Guillermo says that his familywhich includes his husband and four childrenhave received several death threats on Facebook as a result of the controversy. He told INTO during an earlier interview that town residents have instructed him to “jump off a bridge” and “throw [himself] into traffic.”

Vee Truong, co-owner of Envy Bar and Grill, reports business has suffered since his restaurant began hosting the shows earlier this year. He claimed in an interview with Nashville’s WZTVthat conservative critics have called him the “devil.”

But Guillermo claims that things have already begun to turn around since the drag ban was officially dropped. During the months-long debate over the ordinance’s passage, attendance at Elite’s events drastically dwindled. Last Saturday’s show, however, was as packed as everwith a line of people out the door waiting to get in.

“We had a full house again,” Guillermo says. “We were trying to figure out where we were going to put people.”

Performances are booked at Envy Bar and Grill for the rest of the year, which includes two December shows and a New Year’s Eve extravaganza. Demand for future events is so high that Elite Productions is planning to expand its programming to neighboring towns, including Gallatin and Hendersonville.

The company is even hoping to throw Sumner Country’s first Pride festival next year.

As someone who lived in Portland for 12 years, Guillermo says this represents a major step forward from the town he knew, one where LGBTQ residents largely lived in the shadows. A billboard once displayed in town quoted Leviticus 20:13, the Bible verse widely viewed as a prohibition against homosexuality: “If a man lies with a male as with a woman, both have committed an abomination.”

The sign continued: “Love the sinner, hate the sin.”

“It felt like they didn’t want us there,” claims Guillermo, who moved to Gallatin last year. “They were trying to hide us. Now they don’t have a choice.”

Sanders believes that what rural Tennessee is witnessing is the birth of a movement. Just weeks before the Portland City Council first tried to ban drag shows, the town of Murfreesboroa fast-growing city located 45 minutes outside of Nashvilleheld its second Pride event ever. Attendance nearly doubled from a year ago.

Although the two events vastly differ in scope and impact, Sanders hopes the victory in Portland can serve as Tennessee’s own Stonewall: a catalytic effect igniting further action.

“We haven’t experienced the full effects of the Stonewall riots here yet, so we’re going to have to have a bunch of mini-Stonewalls,” Sanders claims. “It’s not the same exact thing, but it’s an experience that people in this area will never forget. For many of them, it will be the beginning of their advocacy.”