Eureka possess all the qualities of a great villain. And, to that same effect, she also has the characteristics of a hero. The Tennessee queen remains one of season 10’s most divisive queens because her personality attracts some and repels others. She is, above all, a good drag queen and a great drag queen for television.

With so much room for interpretation, it’s inevitable that Eureka will often, as Miz Cracker would say, smell like a whole different plate of food and some people don’t want to eat it. In many ways, how you read Eureka has to much to do with what we bring to Drag Race. If you’re tired of whiteness and the ways that it is allowed to succeed unchecked, Eureka may very well piss you off. To people of size, she may represent the closest chance yet at a big girl besting a room of skinny-to-average-bodied queens.

Adding to this confusion is the edit she’s received. Each of the queens’ personas are a series of decisions made by a person in a room who must make sense of hours of footage. Whether or not Eureka plays villain or hero becomes a task for the Drag Race editors. But, the show has yet to have its “Eureka!” moment on how to portray her. And in many ways, her storyline has been generous.

In an astounding bit of symmetry, she wins the challenge on the fifth week the same week her knee injury sent her home last season. Eureka escaped her first major confrontation of the show, her fight with The Vixen, with nary a scratch. The cameras edited The Vixen to be in the wrong and throughout the season, a scarlet “A” “aggressive” marred any conversation she entered. But Eureka got no such letter.

But on Thursday’s episodes of both Drag Race and Untucked, the generous edit she received began to unravel.

On Thursday’s Untucked, Eureka and Kameron Michaels sit and simmer over the week’s challenge separately from the other girls while Michaels smokes her weekly Untucked cigarette. Though there’s no way to tell how much of this is editing, the other girls are mutually appreciating each other (specifically, Asia O’Hara appreciates Monet X Change’s drag) but Eureka suspects the other girls are talking shit on her. She comes off a bit delusional to the casual viewer, though the camera seems to resist depicting her as full-on paranoid. There’s no ironic cut back to the girls or fact checking, the way it did Aquaria last week when she thought, due to blindness, that she wasn’t in the bottom 3.

This confusing edit reflects how hard it can be to pin a personality onto Eureka. She seems to be so many things at once, which ultimately makes her good TV. Like a gestalt image, Eureka looks like a bunny rabbit to some people and a duck to others. 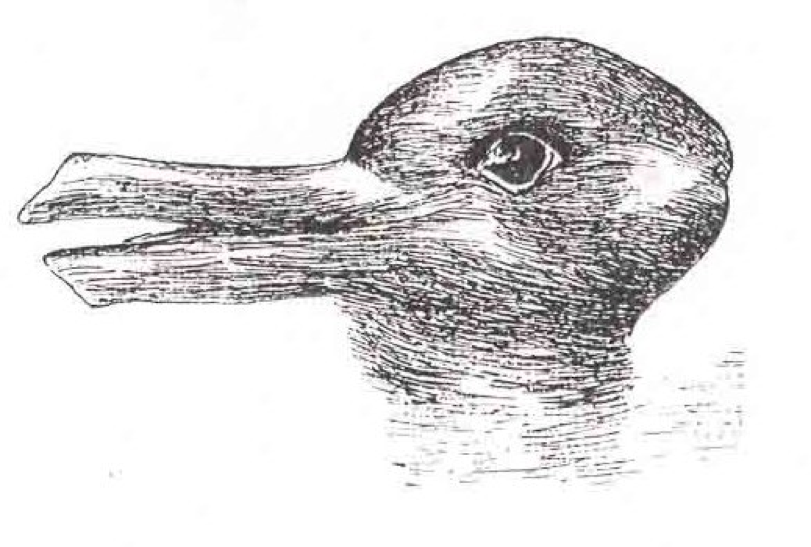 Though the show dove into the tension between The Vixen and Eureka throughout the season, the two share one defining quality for good television: they both have “It.”

What exactly is “it”? Joseph Roach, a professor of English at Yale University and author of the book It, once told me over the phone that “it” is a “charismatic attraction possessed by abnormally interesting people.” At the time, we were discussing enduring Tejana superstar Selena, but the “it” quality is possessed by most famous people and at the heart of “it” is the ability to hold two contradictory qualities like strength and vulnerability, or singularity and typicality at the same time.

That duality is also present in the divide between how the show reads Eureka and how different sections of the fandom read her, as well.

Knowing how the media treats people of size, I was hoping that Eureka wouldn’t receive the villain edit like other queens of size have Roxxxy Andrews, Mimi Imfurst, Delta Work, Darienne Lake or Alexis Michelle, to name a few. Casting a queen of size as the villain is all too easy. And this isn’t a Drag Race phenomenon, this is a media problem. Thin, evil characters get to be evil for who they are, but media often conflates fatness and evil. They are the Fat Bastards and Jabba the Hutts of the world. Even in the latest Deadpool film, new character Firefist proclaims that the media never casts fat mutants in a heroic role.

Even as I write this, I hope that what I think makes Eureka villainous is not about her size. When contestants say Eureka “sucks the air out of the room” is it a comment about taking up not only emotional, but physical, space? Why was she deemed “hard to miss” so often? Was her “big personality” a comment on her size? Sure, I sound like the paranoid one, but as a person of size whose dealt with both subtle and explicit comments about my weight, I’ve become sensitive to the ways that a person’s size tinctures the commentary surrounding them.

Inside the world of the show, Eureka continues to get shielded from criticism. As a white queen, her traumas, which are valid and should be treated as such, are supposed to make her relatable, whereas black queens’ traumas are often negated.

On this week’s episode, Eureka does make a decision based on race. Tasked with pairing one social media mogul with each of the queens for a makeover, Eureka pairs Kingsley with Aquaria, hoping that Aquaria doesn’t know how to do makeup for black skin. When confronted about her decision in Untucked, Eureka chalks it up to “playing the game.” The camera, in that moment, is unsure what to make of her admission. It’s clear she just admitted to using a black contestant as a barrier toward another queen’s success, but no producer-induced fight seems to follow.

Outside the scope of the show, Eureka receives little empathy or wiggle room for error from the fandom. When Asia O’Hara intimated that Eureka was rude to her at DragCon, people’s biases against the plus-size queen were confirmed and the wagons circled around her before she could explain herself. Asia eventually issued an apology for discussing the situation publicly.

And, of course, there’s the infamous video of Eureka repeating the n word several times, which had been circulating among the fandom for some time and which season 2 winner Tyra Sanchez posted on her Facebook in April.

“I did last year and every day since it was cut from a video that was posted 6 years ago when I was young and clearly stupid,” she said of apologizing. “No excuse but I already have before and I feel someone that constantly defends themselves of racism makes them look more like they may be. I KNOW I am NOT.”

The tweet included a screenshot of a previous apology for using the term. In her apology, she said that she was singing along to a song with a trans friend and that she was trans at the time, as well. Several fans wondered why she mentioned the trans aspect at all, and Eureka commented in the original apology that it didn’t matter, but was just part of the story.

I did last year and every day since it was cut from a video that was posted 6 years ago when I was young and clearly stupid. No excuse but I already have before and I feel someone that constantly defends themselves of racism makes them look more like they may be. I KNOW I am NOT. pic.twitter.com/8uVP7b3hFf

What then, is Eureka? To some, she represents a white American who was raised on good ole American racism and is trying, and sometimes failing to unlearn it. To others, no apology will erase the rolling cadence with which the n-word spurted out of her mouth. She’s the queen whose white fragility edit won out over The Vixen’s “angry black” edit. She’s also the queen who is actively wading through her own trauma, including physical violence from her own father. She chose to give a black social media influencer, Kingsley, to Aquaria. She didn’t feign colorblindness and she played the game.

Eureka’s narrative arc reflects the show’s level of investment in the Tennessee queen. The show has gone to great lengths to make sure the viewers understand Eureka’s interiority, her intentions and her hardships. More than any antipathy toward Eureka’s generous edit, many people of color, including myself, wish that the queens on the show who reflect our lived experiences were given the amount of goodwill and attention that Eureka has. QPOC have invested so much in the show, and we want to see queens like us be invested in, too.