When I walk into the room and shake Todd Haynes’ hands, he pauses a quick moment, lights up, and says, “Let’s look at the nails!” He beams, looking at the emerald paint, and says giddily, “Divine decadence!”

The director behind Far From Heaven and Carol is enthusiastic about the (queer) cultural artifacts and ideas he often seeks to deconstruct, whether it’s Douglas Sirkian melodrama, the glam rock flamboyance of the 1970s, or, as I will learn in this conversation, a good musical. His films are well known for their heady delights, and, for Wonderstruck, Haynes’ childlike heart is even more discernible on his sleeve.

Two parallel narratives that complement one another fill out Wonderstruck’s world, with Ben, a young boy who has recently experienced an injury causing a loss of hearing, looking for his father in New York, and Rose, a young deaf girl in love with the movies, traveling to the city to meet the actress that captures her heart. The two are separated by five decades, but they share space together as Haynes jumps back and forth between a simmering 1970s New York and a monochrome treated city of the 1920s.

That the Langley Schools Music Project’s haunting rendition of David Bowie’s “Space Oddity” plays over the credits of the film is indicative of how skillful Haynes has become at melding his earnest, full-throated emotion and his intellectual preoccupations. The track echoes, lingering in the air, and comes crashing down, while simultaneously operating as a deconstruction of Bowie’s approach to music (his high production flashiness versus their bare-bones iteration).

He’s played with Bowie’s iconography before in Velvet Goldmine, and, as in that film, Wonderstruck is fascinated with the liminal spaces between the representational and the real, artifice and authenticity and how queers fit into those spaces. INTO spoke with Haynes about bookstores, Freud, musicals, and more. 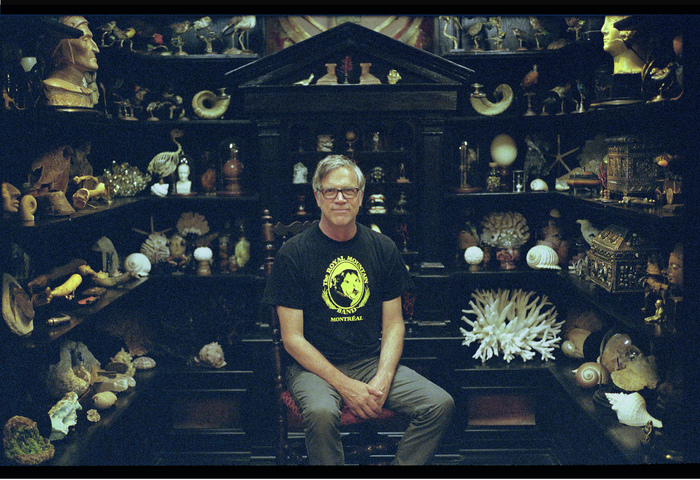 Todd Haynes: Just, I’m sure what yours is as well, what we all love about them and how special they are, how rare they seem to have become for so many reasons. But that bookstoreIt’s across the street from Zabar’s. The bookstore is West SideWest Side Bookstore, maybe? [Author’s Note: It’s Westsider Books on 2246 Broadway.] 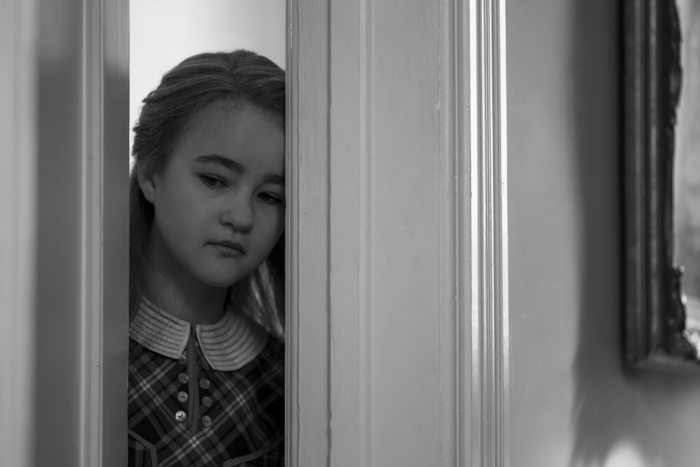 INTO: Oh, yes. It’s kind of near, there’s a screening room there, I think.

TH: I don’t remember, I don’t know if there is, but there’s a Zabar’s, like, 89th and Ninth. Something like that. Anyway, it’s across from Zabar’s on Broadway. And it’s the bookstore Brian imagined when he wrote the book to begin with, and it’s literally the bookstore we shot in, which has never happened in a movie. So that sets an absolute specificity, a musty, dusty specificity of that place. We got to honor it, and go right to the core.

And those we shot in as the Twenties, and then we had to do a lot of little things to make them correct for the period, mostly in the whale rooms. But yeah, these are also like deniers of time, because they don’t go away.

INTO: And there’s a shared space that the two characters have. I was wondering, because the museums are so much about the tactility of history and what that says about ourselves, about our identity, I was wondering if you could talk about that.

TD: Yeah, they are libraries of narratives and stories, and each diorama is like a story and stories are true and false, and even if it’s being conducted by scientific endeavor we all know there are elements of construction and production and even just in the theatrical creation of the habitat, the animal, the backdrop, and in the sense of three-dimensionality.

Therefore, it’s not only like what the production designer does in movies; it’s like this whole movie is a tribute to the art of the production design. But they are little ways in which we understand death, and master it, and that’s sort of what the story of Ben is. He’s trying to figure outhe doesn’t know it yetone death he knows about, but there’s another death he didn’t know about.

And that’s really what the story is confronting or taking you into. But it’s really through the vehicle of that wolf diorama that it’s all triggered, and the sense of it being a dream, but actually a memory, is all encased in that space. 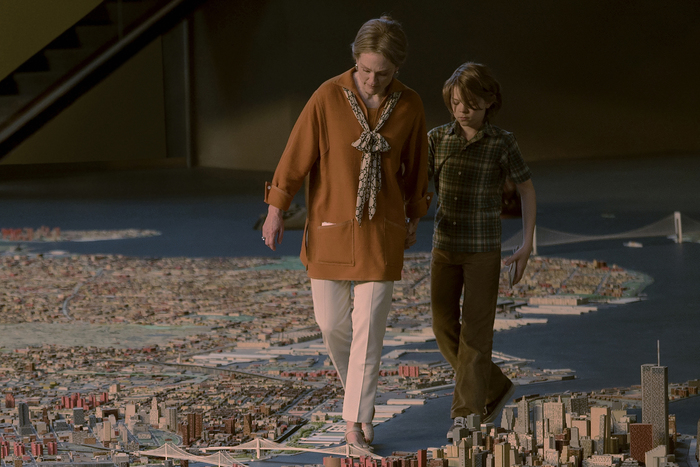 INTO: That’s interesting that you bring up both the diorama and the dreams that the character’s having. The large set piece in which you’re exploring that history through dioramas is reminiscent of Superstar. What I think is interesting is the way you present history and memory as this performance, as artifice, and I was wondering if what you did in Superstar was in the back of your mind as you were doing this particular sequence.

TD: It wasn’t, as the initial instinct. It was completely about the diorama, although it took a couple of steps to get there. As it was scripted as just straight flashbacks, but then I thought it should have a conveyor, a register, a different register in how, because the narrative is depicted, because it’s filtered through Ben’s imagination, what he’s envisioning as he reads the story he’s been craving through the whole movie.

For a second I thought it should be 2D animation, and then I thought, no, it should be the three-dimensional space. Because even just in talking to you I started, in a way the whole notion of the cabinet and the drawers and the boxes, it’s all the coherent ideas that are ricocheted throughout the story. Because even in the wayI thought you were going to ask, it sometimes feels like one character is dreaming the other’s story.

And there were scenes where Ben sleeps, takes a nap, and we go to Rose. And again, you feel like the little black-and-white chapters that go to color are compartments, and you wonder what’s housing what, you know? 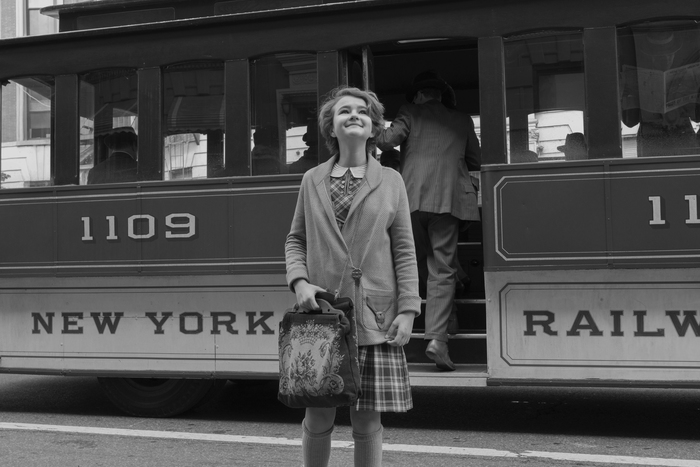 INTO: And your characters throughout your filmography have dealt with trauma in various ways, and the dream sequence reminds me a lot of Poison, especially in terms of the expressionistic, formal nature of that. Wonderingit also reminds me of Dottie Gets Spanked. So I’m wondering if the Freudian nature of Dottie Gets Spanked informed the nature of how you wanted to approach your characters.

T: I didn’t, I just saw Dottie Gets Spanked again in Vienna when I had a full retrospective on this trip. I hadn’t watched it in the making of Wonderstruck and I kind of wish I had. But maybe it’s also nice to have it be something that’s intact, that is, that stands on its own, that has interesting relevance to this movie. I will just say from a practice, from the way we created the dream scene, is something that I’m just so happy with how it happened because it was, the head of our animation team…Katrina, it’s in our credits, but she was so incredibly cool.

She did a test in the Museum of Natural History, I was just there again last night and I just remembered how, when you look at the diorama, it’s just a glass wall and the wolves on the other side. She, and this was something I said she should do, Katrina, just try this out, take a still camera, just create the motion with the camera and hold one light, and every now and then the light would kick into the glass. The eyes of the wolves would reflect off the glass into the lens.

And she just did it a bunch of times, and she just created motion of the running and the wolves rushing at you, but against the glass of the diorama. The result was so uncanny and grisly and beautiful, and sort of visceral. But that’s what movies are. They’re a series of still images where the motion is constructed.
But going back to the rudimentary way of making that happen, Muybridge-styleit was more disturbing than anything we could’ve done with all the resources, and when we did the CG component of Benwhen we shot Ben running, and then we had to put a background to itwe decided, this was the wolf material which she shot, but then we were, like, we have to match to the grittiness of that. But then it’s also

T: Slightly tinged, but it all comes from the fact that he really did see it all in a static moment. It made me think of Freud’s The Wolf Man. And the notion of the dream of the Wolf Man, the image opens up to a tree of five white wolves. This is a childhood dream that the Wolf Man had, and for his entire life. And the wolves are frozen.

The stillness of the wolves is what terrifies the Wolf Man, and haunts him, and of course Freud unpacks it as him inverting the fact that it’s a memory of the primal scene where the motion of the father fucking the mother (laughs) is completely eviscerated in the frozenness.

And so it’s literally that frozenness that summons the fear because it’s hiding what’s really behind it. I was like, “Awesome.” And so we do the exact opposite. The frozenness, we make it come. We make it into motion.

INTO: One of my favorite sequences that you’ve ever done is I’m Still Here, that you did with Jarvis Cocker for the

INTO: The Sondheim one.

T: Oh, I’m Still Here! [Author’s Note: From James Lapine’s HBO doc Six By Sondheim.] You know, Ed [Lachman] was there, and it’s the only time we’ve shot on digital.

INTO: Oh, fantastic! If you could direct any musical, what would you do?

T: OhI don’t know. I don’t know becauseI love Gypsy, and this is the most bizarre and fantastic thing that ever happened to me, Barbra Streisand wants to do Gypsy, and she came to me, and Silver, what’s his name…Joel Silver, they were producing a big version of it. And she had an idea, she cameI love the musical, but the thing about the musical Gypsy is it uses the live stage venue. And in a way, I had a hard time just thinking about the intense obsession of Barbra Streisand and that it might be hard to partner with her as a director.

But I spent four hours with Barbra Streisand in her house alone and she gave me a tour of her house and she talked about movies and it was one of the most amazing things that’s ever happened. It was an amazing thing! But I decided I didn’t want to do that project. Mostly because it needed to be on stage, even though I love it. Not everything needs to be a movie. Cabaret is the greatest adaptation to film, the greatest filmed version of a musical, because it makes it into its own thing, makes it viscerally cinematic.

And it’s also a weird way in which Fosse makes his isolationist choreography into a cinematic parallel with the cuts, you know, with the formal brilliance of the way he constructs his movies. It’s true for all of his movies, I have to say. Cabaret is just the perfect movie musical.