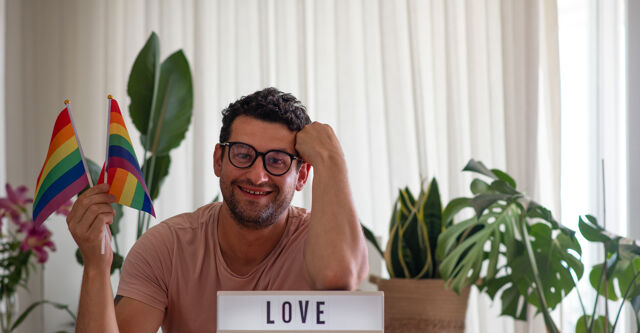 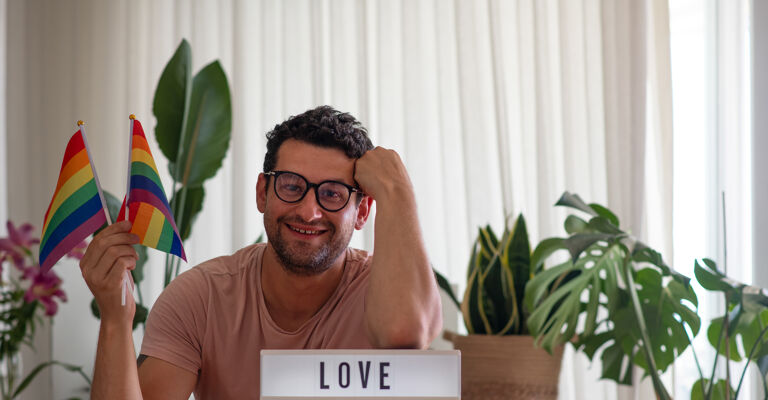 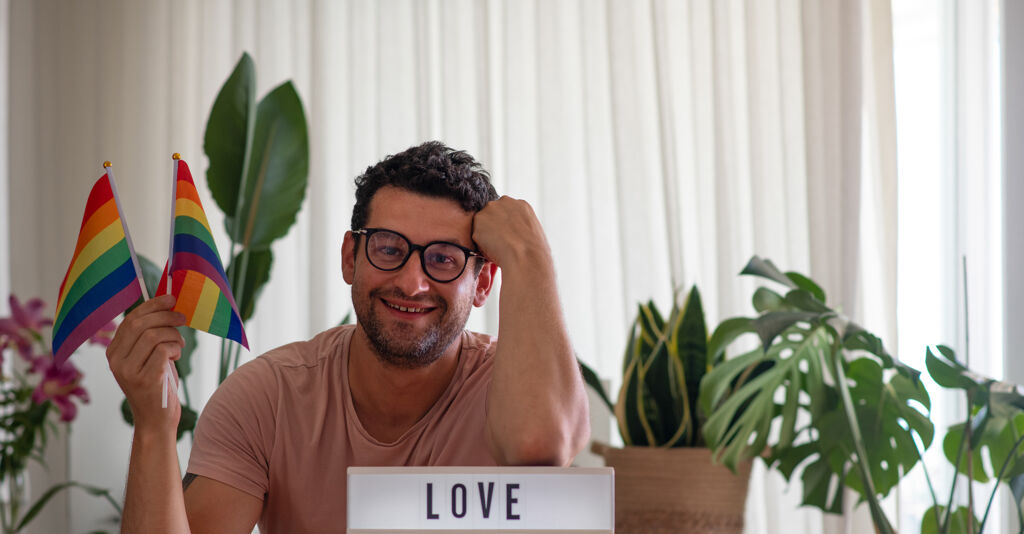 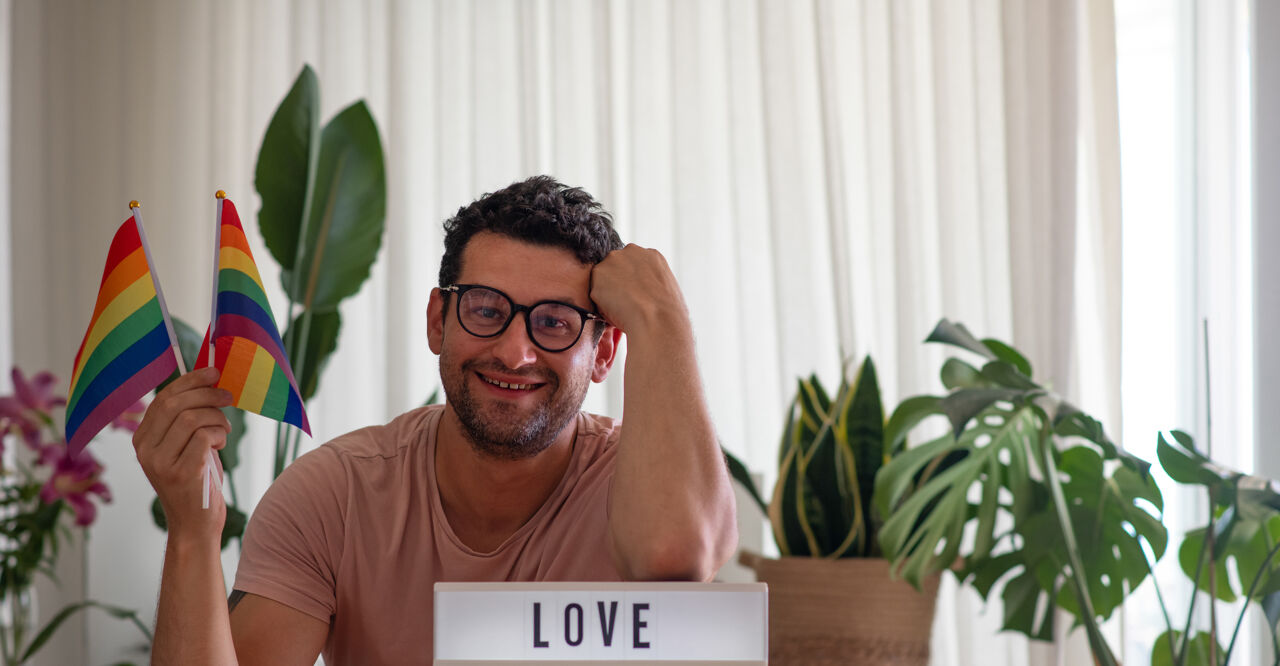 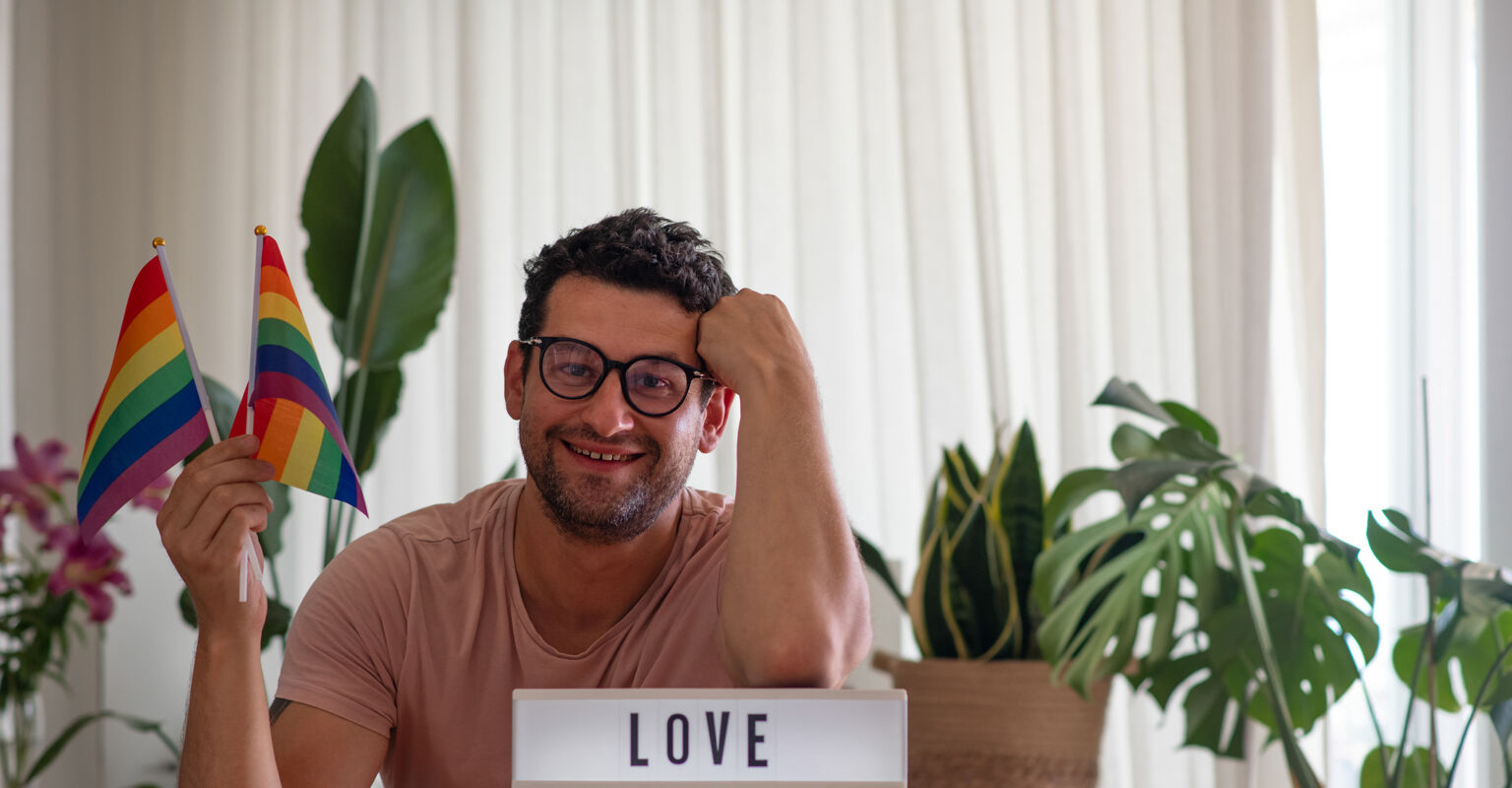 Having lived over half my life in New York City, every day feels like Pride. But a little THC goes a long way in bringing out the additional rainbow revelry of Pride Month.

On an average night in Hell’s Kitchen — the Big Apple’s gay ground zero — you’ll find queers jauntily skipping down the street arm in arm and drag queens bursting out of bars with a full entourage in tow. And then there’s me, holed up in a rent-stabilized apartment, hoping my dog will snuggle with me during the next episode of RuPaul’s Drag Race All Stars. The occasional edible helps to nudge me out of my urban cocoon.

A Target recently opened on my block. Though I initially scoured at the monstrosity that undermined the locally-owned bodegas, I quickly succumbed to mid-day Pringles runs, bulk packs of toilet paper, and the occasional random kitchen utensil.

I should confess that I have a habit of shopping under the influence. My ex-boyfriend marveled how I avoided getting struck by a taxi while Xanax-strolling for a pint of Ben & Jerry’s. I explained that I was hyper-focused on acquiring an appropriately-titled pint of Half Baked.

The pandemic shifted my modus operandi from the real world to the virtual one. My furrowed brow gave it all away when the doorman would flag me upon entering the building to pick up an array of unmarked Amazon boxes, their contents as mysterious as Sappho’s lost poems. Let’s just say I have enough Beekman 1802 goat milk soap to weather whatever the next COVID variant has in store.

On an average night in Hell’s Kitchen — the Big Apple’s gay ground zero — you’ll discover queers jauntily skipping down the street arm in arm and drag queens bursting out of bars with an entourage in tow.

It was a random post-lip-sync Friday night that inspired me to dig a piece of chocolate out of the freezer left behind by my friend Missy, who I consider a cannabis expert. Her knowledge runs deeper than your average bud of Girl Scout Cookies or White Widow, and she’ll often arrive at one of my dinner parties with a hybrid nibble in tow. By the time we’ve eaten and drunk our way through an evening, I’m usually reluctant to go next level, floating instead on bubbles of Prosecco. But this time was different: I found myself entering the first distinct stage of edible enjoyment:

I’m not feeling anything.

Does an edible expire, or am I simply void of emotion because it’s easier that way? Ah … here we go. Tingly in the extremities, I leash up my dog, who’d rather be nestled on the cool tile bathroom floor, and head to Target. A Pride window display beckons me with rainbow sippy cups, plates, and T-shirts. I wonder if Gilbert Baker would be horrified by this or embrace the Warholian intersection of commerce, art, and activism on proud display.

I head downstairs and roam the familiar aisles of salty and sweet where Pepperidge Farm Goldfish Colors fill a whole endcap display. Not quite the Pride high I was looking for, I venture on, then Huzzah! — OREO Pride cookies. I’m mesmerized by the packaging, a cacophony of affirmations my 13-year-old-self would have loved:

Life’s Short. Live Authentic. Be Proud.
You are perfect like you are.
It takes courage to be your authentic self. You inspire me!
I’ll march with you!
You’re too beautiful to hide!
Chocolate sandwich cookies.

The last one (arguably the most important) grabs my attention, so I grab a 15.25 oz limited-edition package and check out.

The thing is, I don’t even like OREOs. I can’t remember the last time I ate an OREO. Or craved an OREO. Or received or gifted an OREO. I immediately text an old college friend, Mario. Since the pandemic’s onset, we’ve been having virtual Friday night happy hour (which technically can happen any night of the week at any time of day.)

“Mario, you wouldn’t believe what I just bought.”

“I don’t know. They could be,” he responded patiently. To my knowledge, Mario has only once taken an edible. We’d been visiting Washington, D.C. for Pride, planting roots along the parade route next to a vivacious lesbian couple who gave him a cookie. It was a special cookie, and about 45 minutes later, it had all gotten to be “too much” for him, so we headed back to the hotel, where he proceeded to perform a modern dance to “Groove is in the Heart.”

Like that sinking feeling when you arrive on a first date with someone you’ve met online, and the real-life deliverables don’t quite measure up to the expectation, such was the OREO letdown. Maybe worse.

It was an OREO. A plain ‘ole round, chocolate cookie, cream-filled OREO. No heart shape, no rainbow. What the f*ck?

“Alexa! Living room lights 100 percent!” I screamed, crumbs spilling out of my mouth as I grabbed the packaging for a more thorough inspection.

The heart shape was, in fact, a composite of several cookies; likely the work of a millennial graphic designer. This isn’t the first time OREO has found itself in murky Pride waters. In 2020 the brand caught heat for releasing “capitalist” rainbow cookies, though the public awareness campaign intended to bring attention to the variety of Pride flags.

This year, OREO released a short coming-out film directed by “The Half of It” director Alice Wu.

I only discovered this after having eaten an entire sleeve of cookies. I felt slightly better, recognizing that the brand has had a longtime partnership with PFLAG. I also wondered amidst my ebbing high if the protagonist’s parents would accept me as their son’s new boyfriend.

I examined the last remaining cookie with tactile reverence. Baked into its unbleached enriched flour, cocoa, and high fructose corn syrup exterior (with just enough salt to keep you grabbing for more), I noticed an inscription worthy of Gilgamesh: Proud.

Proud, not Pride? A manufacturer’s error or intentional re-examining of a word that’s grown into a movement?

Less and less do I feel like celebrating these days. At times, the attacks on LGBTQ+ rights feel insurmountable, diminishing my energy to a mere flicker. But then I witness the emergence of new works of queer art or a fearless 17-year-old activist and Pride begins to feel like a collective force to be reckoned with rather than a capsule collection. Whether I remain on the periphery or enter into the eye of the storm, history proves that our community will be there to support me. I’ll bring the cookies.