Authenticity is a hard treasure to find in mainstream entertainment, more specifically when speaking of the portrayal of queer Latinxs. We have to settle for stories that almost get it, though more often than not they miss the mark altogether.

In Latinx cultures, where identity is an almost focal point of pride, authenticity is important. Luckily,Vida has that in spades, beginning with the dialogue, which is a character all on its own with its familiar slang and sporadic Spanglish. The attention to detail is evident and an instant highlight. It truly is a testament to Vida’s writing staff, composed of all Latinx writers,half of which happen to be queer women including creator Tanya Saracho. 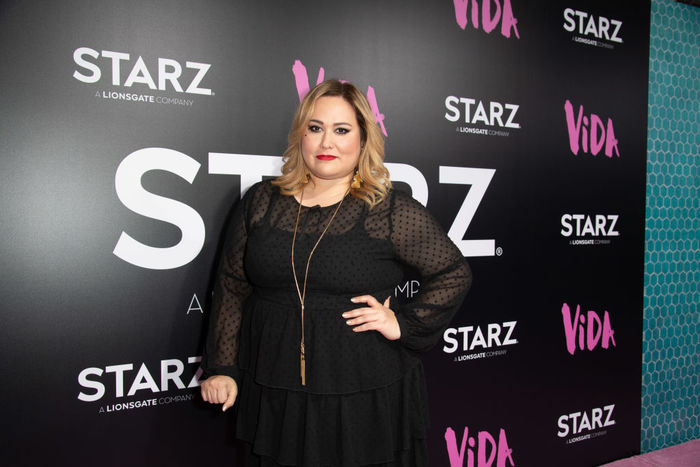 Vida follows twenty-something sisters Emma and Lyn (Mishel Prada and Melissa Barrera, respectively) have traveled back to their childhood home in East Los Angeles after their mother’s unexpected death. In the midst of funeral arrangements and the settlement of Vidalia’s affairs, they learn of a few well-kept secrets–most notably, she’s been married to her “roommate,” Eddy (played by non-binary actor Ser Anzoategui), and that they now each own a third of bar, as dictated in Vidalia’s will.

The news of her mother’s same-sex marriage comes as a shock to Emma in particular, who, as the trailer hints, has had involvements with women that her mother may not have been very supportive of. In addition, the sisters learn they are not welcome back to the area duringduring a run-in with a local activist, Mari (Chelsea Rendon), who is battling the threat ofgentrification looming over her neighborhood.

As far as queer-centered shows go, Latinx representation has been scarce. HBO’s Looking, a show that had Saracho was in the writer’s room, was Latinx-inclusive, butconsisted of a largely white-focused cast. The L Word tried representation and came up short, bringing on a Latinx character,Carmen,and then writing her off after only two seasons. On their second attempt to include the Latinx community, they cast a non-Latinx actress to play a deeply offensive caricature of a character, Papi, that exhibited every racist misconception about Latinx people, including a fake accent to match.

Vida is lead by Mexican actresses playing Mexican-American women, while the supporting cast is composed of Latinx actors that further expand on creator Saracho’s Brown queer perspective and bring her vision to life in a genuine depiction of the predominantly Latinx neighborhood of Boyle Heights. In that, Vida joinsthe likes of One Day At A Time and Ugly Betty as truer representatives of Latinx culture as steered by Latinx creators.

Vida illustrates howMexican-American culture has been and continues to have a deeply hypocritical relationship to queer Latinx people. It seems that they aretolerated by the larger community, but only to a certain extent. Being gay is one thing, but coming out and living openly is a whole different story. Amongst the themes explored in the series, one that lingers in the air throughout is that of queer visibility, and the Latinx community’s reluctance to adapt to more progressive views. We see this in the contrast between the warm homecoming and reminiscingduring a funeral and learning the reason for the bar’s financial downturn is Vidalia’s public queer relationship.

At its core, this is a story about two sisters coming to terms with their identities cultural, emotional and otherwisebut more than that, Vida is an exploration of the queer Mexican-American experience and the process of navigating through modern-day America while not losing sight of the traditions instilled from childhood. 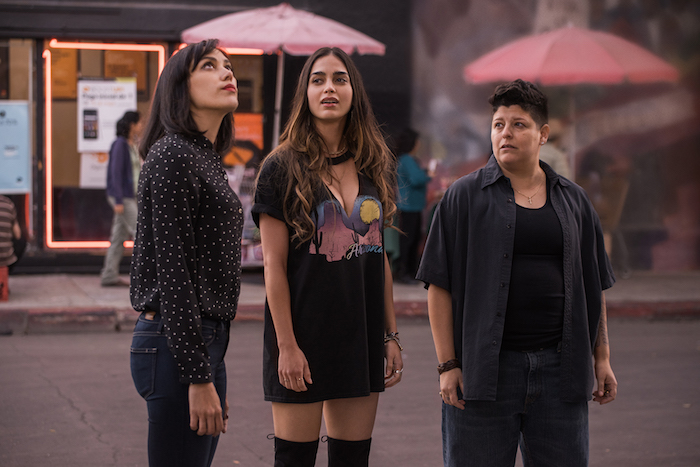 It is important that this show exists for many reasonsthe political climate for one, in addition to the recent surge of racism aimed specifically at Mexico and Mexicans living in the U.S., certainlybut mostly because it has the power to influence the conversation and the general perspective on queer Latinx people, and to demonstrate that strong, confident women exist beyond the scope of the white heteronormative narrative.

It is crucial that these stories are told from the right perspective, by the right people; in the case of Vida, we can be sure that we are in the right hands.

Vida premieres this Sunday on Starz. Check back on INTO this Friday for interviews with Saracho and the stars, and on Monday mornings for recaps.

Images via Starz and Getty